The prophetic courage of joint witness and action 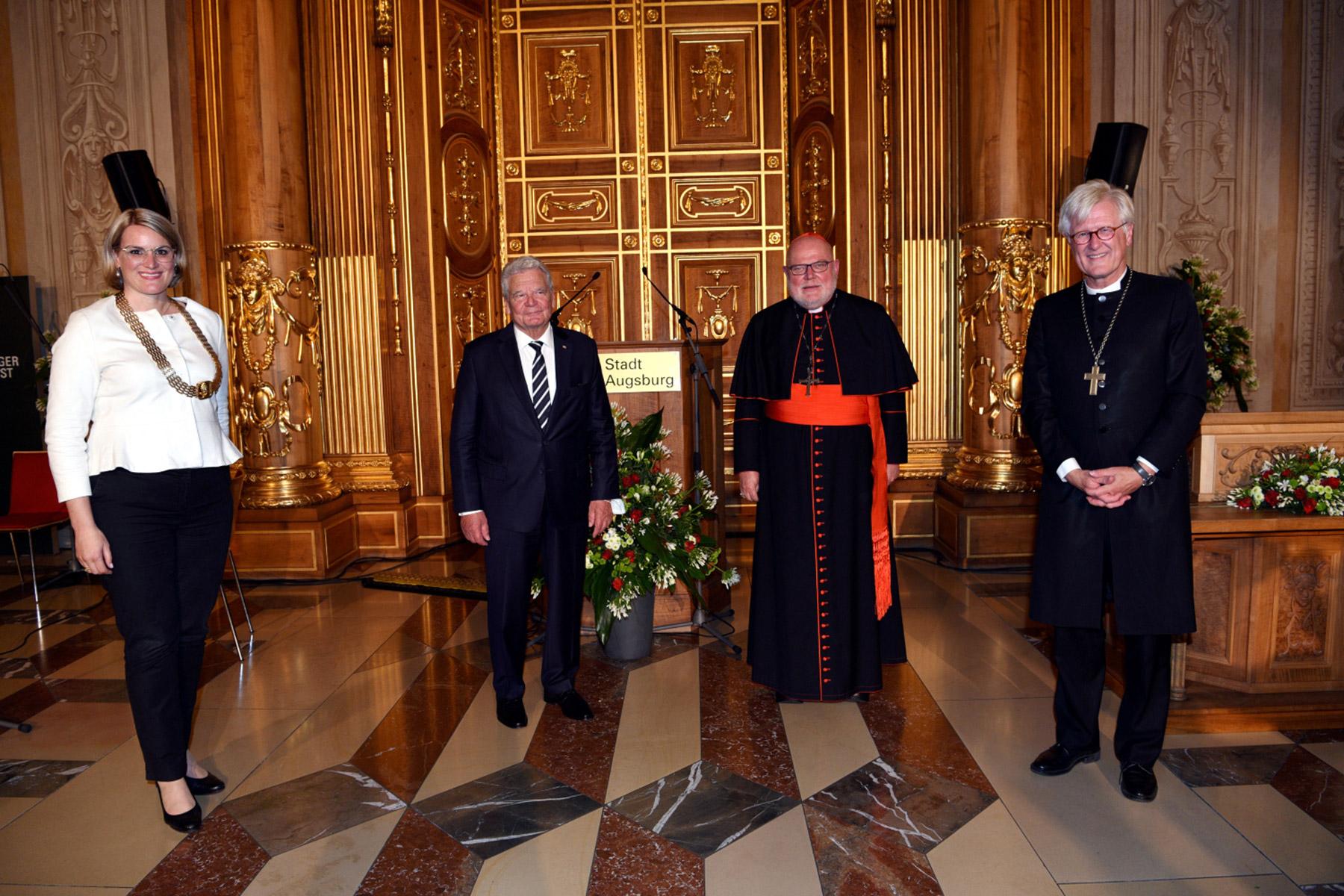 (LWI) – On the occasion of the award ceremony for the Augsburg Peace Prize on 10 October, Rev. Dr Martin Junge, general secretary of the Lutheran World Federation (LWF), sent his congratulations to the two prize-winners. Receiving the award for their services to the ecumenical movement were Prof. Dr. Heinrich Bedford-Strohm, chair of the Council of the Evangelical Church in Germany (EKD) and bishop of the Evangelical Lutheran Church in Bavaria, and Dr. Reinhard Cardinal Marx, archbishop of the Diocese of Munich and Freising.

"At a time in which polarization and irreconcilable conflict is rife, you repeatedly – even stubbornly – appear together," said Junge in his letter of congratulation. "That being so, you have – with prophetic courage – made people and communities increasingly sinking into conflict and confrontation aware of the fact that they can take the opposite direction: the way out of a conflict-ridden past towards a communion into which God's action has placed us."

You have – with prophetic courage – made people and communities … aware of the fact that they can take … the way out of a conflict-ridden past towards a communion into which God's action has placed us.

In his words of tribute, Joachim Gauck, former President of the Federal Republic of Germany and an Evangelical Lutheran pastor, praised the two eminent Evangelical Lutheran and Roman Catholic Church leaders' outstanding achievements. Representing the two major Christian denominations in Germany, they had done much, he said, to promote peaceful ecumenical relations as a contribution to peace among the religions.

Both prize-winners emphasized "the encouraging effect" that the Augsburg Peace Prize award has for their work for Christian unity. "Christianity in Germany and Europe will only have a future if we work together ecumenically and stay together. That is important, and I see the prize as encouragement," said Cardinal Marx. Bishop Bedford-Strohm hopes "that we will also make progress regarding joint communion. I see this prize as a public sign that this is expected of us, as well as a strong encouragement to continue on the path of ecumenism."

Denmark: We must seize the future with hope
news