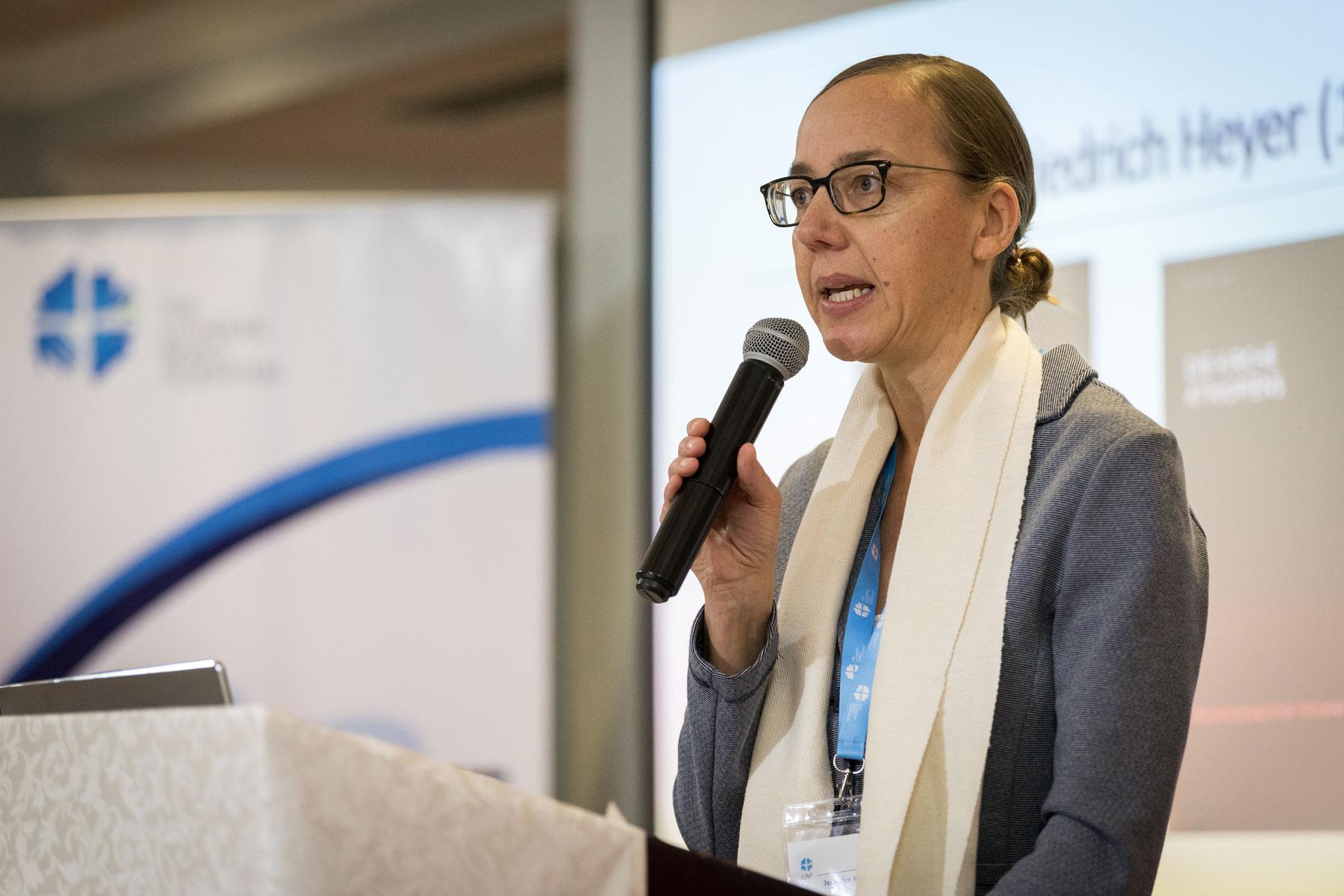 The Institute for Ecumenical Research in Strasbourg, France, has announced the Harding Meyer Prize in Ecumenism, honoring a theologian whose work significantly contributes to strengthening relations between churches around the world.

The prize of EUR 3,000 will be awarded every two years to an author whose works are dedicated to dialogue between Christian confessions. This includes doctoral theses, habilitation theses, and important theological works, which recognize the theological legacy of Harding Meyer and promote the continuation of his vision.

With the prize announcement, the Strasbourg Institute director Prof. Dr Jennifer Wasmuth, underlined: “We hope to encourage researchers worldwide to continue working on key ecumenical issues that are relevant for churches in the Lutheran communion and beyond.”

The award is donated by the Meyer family. With its establishment, the Lutheran World Federation (LWF) institute pays tribute to Harding Meyer (1928-2018) “as a guiding intellectual force and pioneer” who “opened up and broke new ground” in recent ecumenical developments.

The inaugural prize and subsequent bi-annual awards will be presented during the first week of July to coincide with the International Ecumenical Seminar hosted by the institute each year.

Meyer was a professor at the Strasbourg institute from 1971 until his retirement in 1994, and served as its director between 1981 until 1988. Prior to joining the teaching faculty there, he worked at the then LWF Department for Theology, with responsibility for ecumenical relations. He was an ordained pastor of the Evangelical Lutheran Church of Hanover in Germany.

Meyer’s ecumenical engagement is closely linked to the beginnings of the international Lutheran-Catholic dialogue, and the development of the Joint Declaration on the Doctrine of Justification (JDDJ). From 1967 until 1994, he was theological adviser to the Lutheran–Roman Catholic Commission on Unity, which leads the dialogue. He also participated in other ecumenical working groups, and was author or co-editor of various LWF reports and publications on the relations between Catholics and Lutherans.

Wasmuth noted that “the method of a ‘differentiated/differentiating consensus’, which Harding Meyer decisively developed, was fundamental for the JDDJ, but has meanwhile also established itself in other dialogues.” This approach allows both sides of a dialogue to express remaining differences as reconciled and therefore not divisive, leading to consensus, which in itself must be differentiated.

Signed by Lutherans and Catholics in October 1999, the JDDJ affirms agreement on the basic truths of salvation as a free gift from God. It also states that the mutual condemnations of the 16th century Reformation do not apply to the teachings of the two communions today. Three other Christian World Communions-- the Methodists, Anglicans and Reformed --- have since endorsed the declaration, increasing its signatories to five ecumenical partners.

The deadline for submitting works to be considered for the Harding Meyer Prize in Ecumenism is 1 April 2020.

Read about the Harding Meyer Prize in Ecumenism

The Lutheran Foundation for Interconfessional Research established the Institute for Ecumenical Research in 1965. Its staff include a team of theologians from around the world, who provide expertise to churches in their efforts to understand and articulate the visible unity of the Church.

Witnessing together in a broken world
news
ttt
test news