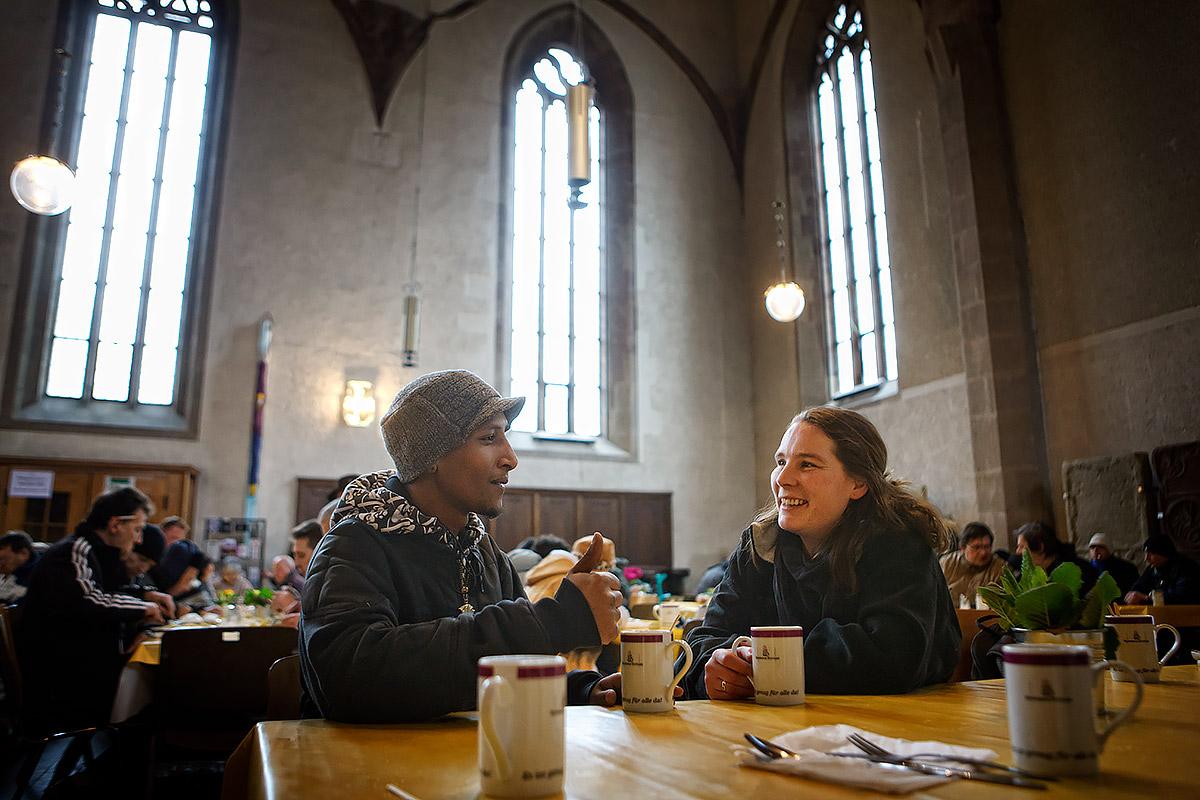 The document on ecumenical diakonia is meant to clarify the understanding of diakonia and provide a common platform for acting and reflecting together. â The Vesper Church in Stuttgart has been a venue for local diaconal action. Photo: Gottfried Stoppel

(LWI) - ACT, LWF, and WCC are collaborating on a document on Ecumenical Diakonia, aiming to clarify the understanding of diakonia and provide a common platform for acting and reflecting together.

Alleviating pain and addressing the causes of suffering was a founding pillar of the Lutheran World Federation (LWF) and has been an important part of its work ever since. Through its World Service programs the LWF serves three million people, mostly refugees and internally displaced. Member churches are similarly engaged in diakonia in their own countries and locations.

Now the LWF and its sister ecumenical organizations, the World Council of Churches (WCC) and ACT Alliance have joined forces to guide further consideration about the role of the churches in diakonia in diverse contexts.

A joint ACT, LWF, and WCC working group is working on a landmark new document on diakonal engagement through different avenues.

Called to Transformative Action: Ecumenical Diakonia will outline a comprehensive approach to diakonia. It will build on the relationships between the three ecumenical organizations, a renewed understanding of church and mission, and close analysis of global trends in the related fields of development, disaster relief, advocacy and international frameworks for action.

Though well-versed biblical, historical and theological perspectives, as well as the contemporary context of church service, the aim of this document is meant to be ultimately pragmatic. The draft introduction states it seeks to “clarify the understanding of ecumenical diakonia and provide a common platform for acting and reflecting together. It outlines the theological components of diakonia and offers practical content for those engaged in such service.”

The churches on the ground are engaged in diakonal work. But this goes better, more smoothly, and more efficiently when the ecumenical dimension of our diakonia is appreciated and deliberately fostered.

It is furthermore to be used in formation and training for diaconal work, to strengthen the institutional capacity of diaconal actors, and to foster dialogue and cooperation between churches and ecumenical partners.

LWF Director of the Department of Mission and Development, Rev. Dr Fidon Mwombeki, said that it is very often important to contemplate and express what we do through documents like this.

“While ecumenical cooperation in diakonia has always been how the churches work, this document will help to shed light on where we have come from, where we are and where we should be going.

“The churches on the ground are engaged in diakonal work. But this goes better, more smoothly, and more efficiently when the ecumenical dimension of our diakonia is appreciated and deliberately fostered.”