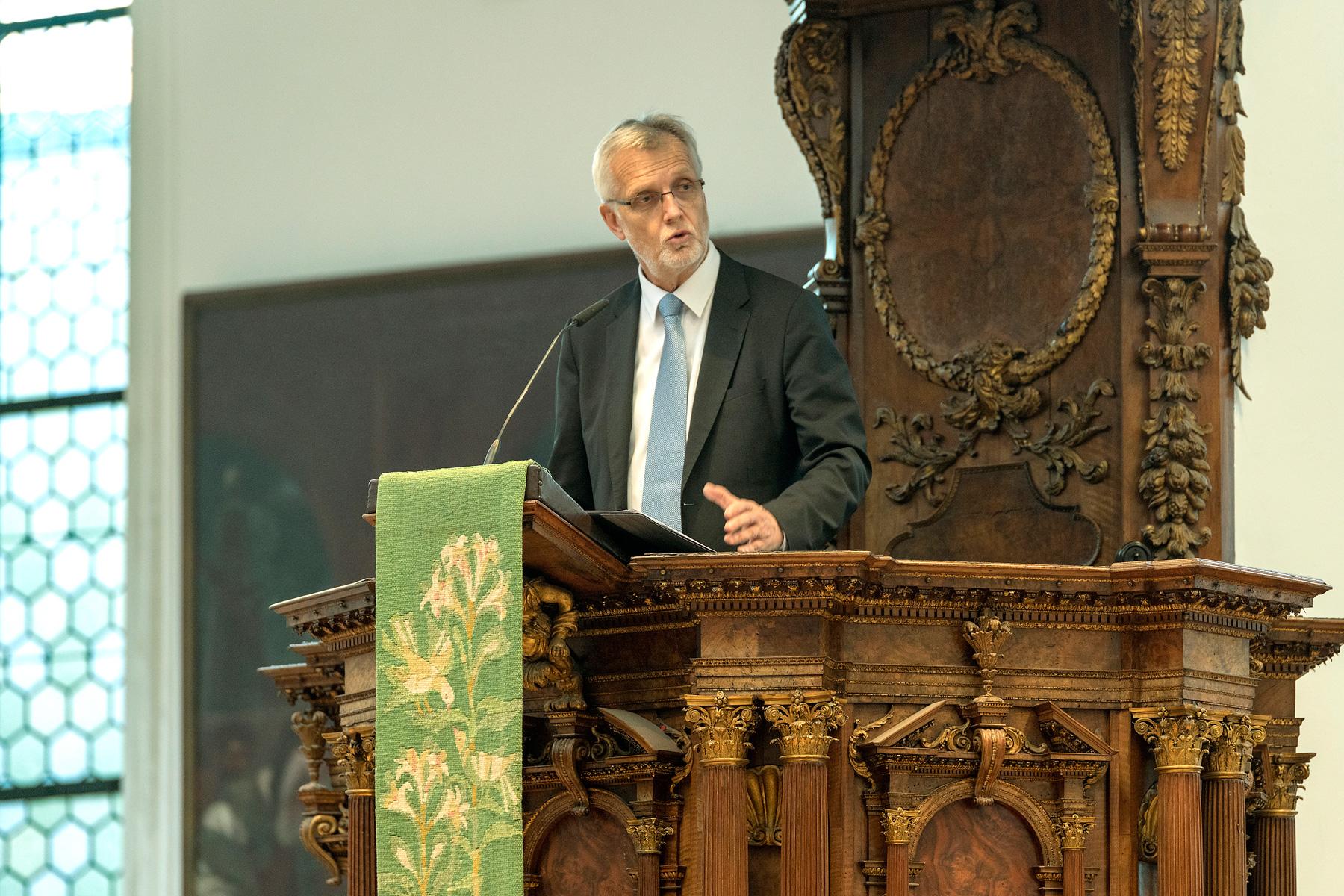 LWF ready for a new and exciting chapter of ecumenical relations

(LWI) - “Don’t stop now!” was the message of the Lutheran World Federation (LWF) General Secretary Rev. Dr Martin Junge when he addressed a public symposium in Augsburg marking the 500th anniversary of Luther’s disputation with Cajetan, which took place in that city in 1518.

A lot has been achieved in ecumenical dialogue in recent years, the LWF General Secretary said, in his address. In Catholic-Lutheran relations the mutual perception is not defined by conflicts in the past, but rather “by the call to the promised and already given unity that lies before us. A turning-point has been reached, things have started moving. Hence there is also reason to hope and this hope is expected to sustain and shape our further dialogue. There is no stopping now!”

A multilateral dialogue taking place next year between the five signatories to the Joint Declaration on the Doctrine of Justification fills Junge with great hope, because it has huge potential. “The key question for our encounter next year is: What ecclesial implications could be derived from five Christian world communions agreeing on the question of how salvation is given to us as a gift of God?”

He said his hope was that in the dialogues ahead “we can be even more impelled than before to seek ways enabling people to receive the salutary presence of Christ in bread and wine.” He said the heading for the work ahead should be “Jesus heals: unity grows. A wonderful heading for the next few years of intensive theological work that lies ahead! I propose that we own this heading and take it to heart.”

This approach and dialogue style has been called pastoral ecumenism, and Junge said he was grateful that the phrase was used in the joint declaration signed in Lund Cathedral by Pope Francis and Bishop Munib Younan, then president of the Lutheran World Federation.

The Lutheran World Federation is ready not just to live with a new, exciting chapter in ecumenical relations but also to play an active part.

“Let us embark on another theological and ecumenical conversation in which we seek to accept both our own respective theological identities and the pastoral mission that arises from the encounter with baptized persons.”

“The Lutheran World Federation is ready not just to live with a new, exciting chapter in ecumenical relations but also to play an active part,” Junge said in conclusion. “As we seek a unity already given, may Christ’s message of salvation shine out anew in an age that needs it so desperately. Ultimately that is the point: giving God alone the glory because of life in abundance reaching us in Christ.”

The academic symposium “Styles of dialogue – a public symposium marking the 500thanniversary of Luther’s disputation with Cajetan in Augsburg”, took place 12 and 13 October and was organized by the Catholic-Theological Faculty of Augsburg University.

Burghardt: Churches called to be agents of positive change
news