LWF appeals for an end to violence in Jerusalem 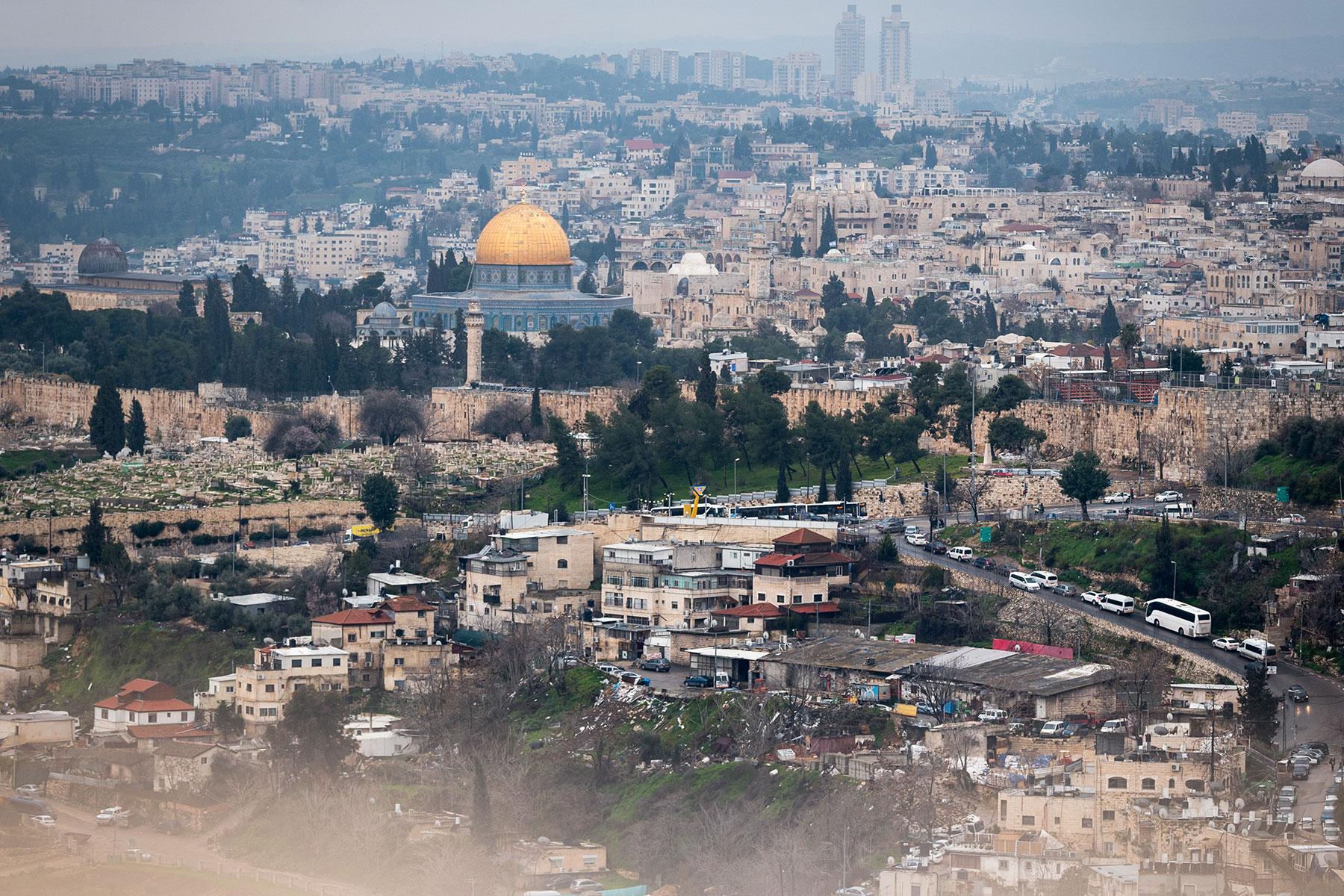 View of the Jerusalem Old City from the Mount of Olives. Photo: LWF/Albin Hillert

Statement calls on churches to pray for peace, justice and an end to forced evictions of Palestinian families

(LWI) - The Lutheran World Federation (LWF) has issued an appeal for peace in Jerusalem, where clashes between Palestinians and Israeli security forces in recent days have left hundreds of people injured. The violence has been concentrated around the Haram Al-Sharif/Temple Mount area of East Jerusalem where Muslims have gathered to mark the close of their holy month of Ramadan.

In a statement issued on 10 May, the LWF says it is “deeply concerned” about the escalating violence and stands in full support of its member church, the Evangelical Lutheran Church in Jordan and the Holy Land, whose leader, Bishop Sani-Ibrahim Azar, has denounced the violation of the Status Quo agreement which guarantees the three religions, and two people access to their holy sites during religious celebrations.

In the statement, the LWF says it is “further dismayed by the threatened eviction of Palestinian families by Israeli settlers in the East Jerusalem neighborhood of Sheikh Jarrah.” It notes that tensions in the city are being aggravated by the controversial 10 May Jewish flag march through the Old City and the Muslim Quarter. It adds that the LWF-operated Augusta Victoria Hospital on the Mount of Olives has increased its emergency response capacity and stands ready to receive and treat the injured.

In conclusion, the LWF calls on all its member churches around the world to pray for peace and justice in the Holy Land and to urge governments to work multi-laterally towards a resolution of the Palestinian-Israeli conflict.

Augusta Victoria Hospital is a center of medical excellence in East Jerusalem, serving all 5 million Palestinians in the West Bank and Gaza. It offers specialized care not available in other hospitals in the West Bank and Gaza, including radiation therapy for cancer patients and pediatric hemodialysis. Augusta Victoria Hospital is accredited by the Joint Commission International for its outstanding quality.