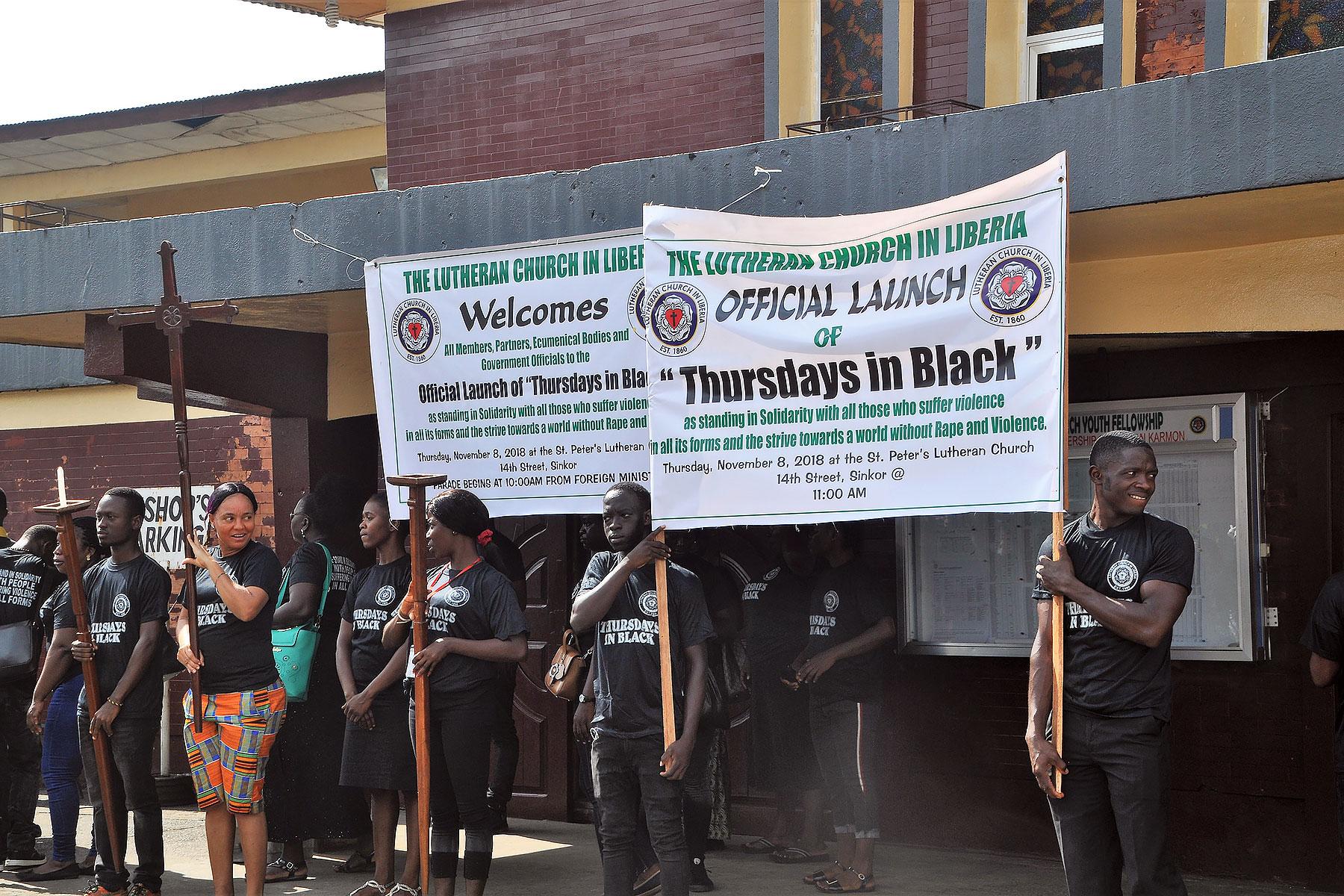 Acolytes of the Lutheran Church in Liberia prepare to lead the march protesting all forms of violence in the Thursdays in Black campaign. All photos: LCL/ Linda Johnson Seyenkulo

(LWI) - The launch of a Thursdays in Black campaign by the Lutheran Church in Liberia (LCL) recently was a public call for action against violence directed at women and girls, and an acknowledgment that such abuse “is not always physical. It can be verbal, psychological, economic. It can involve the environment,” said Rev. Janice Fajue Gonoe.

Gonoe, who is director of the LCL HIV and AIDS program, was among 600 people of all ages and backgrounds marching against sexual violence in Liberia’s capital Monrovia. The Lutheran church publicized its commitment to the global campaign in order to bring awareness to the wider society and encourage all Liberians to get involved.

The 8 November march ended at St Peter’s Lutheran Church, a symbolic site, as this was where 600 civilians were massacred on 29 July 1990 at the height of the 1989 – 2003 civil war. Churches and other faith communities in Liberia are credited for their leading role in ending the conflict and fostering peace building and reconciliation. 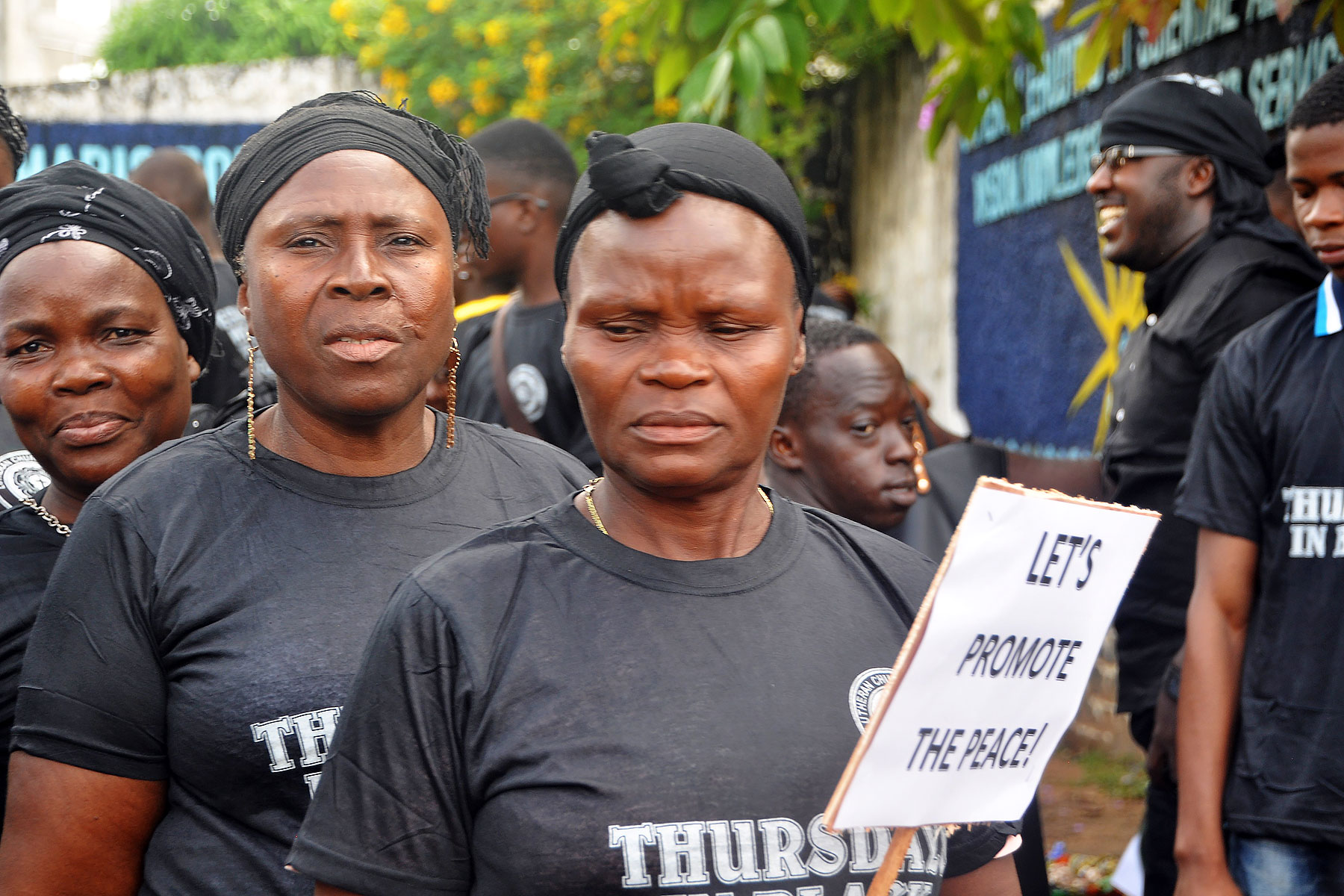 Women of the Lutheran Church in Liberia march against violence in the Thursdays in Black procession.

LCL Bishop Dr Jensen Seyenkulo led the Thursdays in Black march and pledge against all forms of violence and declaration of solidarity with those affected. The event included a public commitment by 300 women at the Monrovia District of the Women of the LCL Convention, bringing the number joining the movement to almost 1,000 people.

Speaking at the launch, Seyenkulo said he learned of Thursdays in Black through his work with The Lutheran World Federation (LWF) and the World Council of Churches (WCC). “Joining a global movement that includes brothers and sisters of faith from all over the world helps to underscore the reality that violence is a worldwide problem,” he said.

“Towards a world without rape and violence” is the theme of Thursday’s in Black. The LWF, which has a Gender Justice Policy, has endorsed the initiative started by the WCC in the 1980s as a form of peaceful protest against rape and violence, especially during conflict. Member churches and staff of both organizations are encouraged to dress in black on Thursdays to show individual support for gender justice around the world.

Jensen, an LWF Council member said when he first shared the idea about the movement with his LCL colleagues, they pledged their support. Consequently, the Thursday agenda at the church office includes a chapel service, followed by discussion on how to end violence against women and girls and stand in solidarity with them.

Participation in the LCL Thursdays in Black is changing perceptions, as expressed by one LCL pastor. “I give God the glory that I am part of this campaign. In the past, society has said violence is a way of life. We said the woman is the woman and the man is the man, and whatever the man says is what goes, including violence. That is how I approached couples’ counseling in my ministry. After learning from this work in the LCL, I understand it differently. I see that everybody is equal and must be treated as such.” 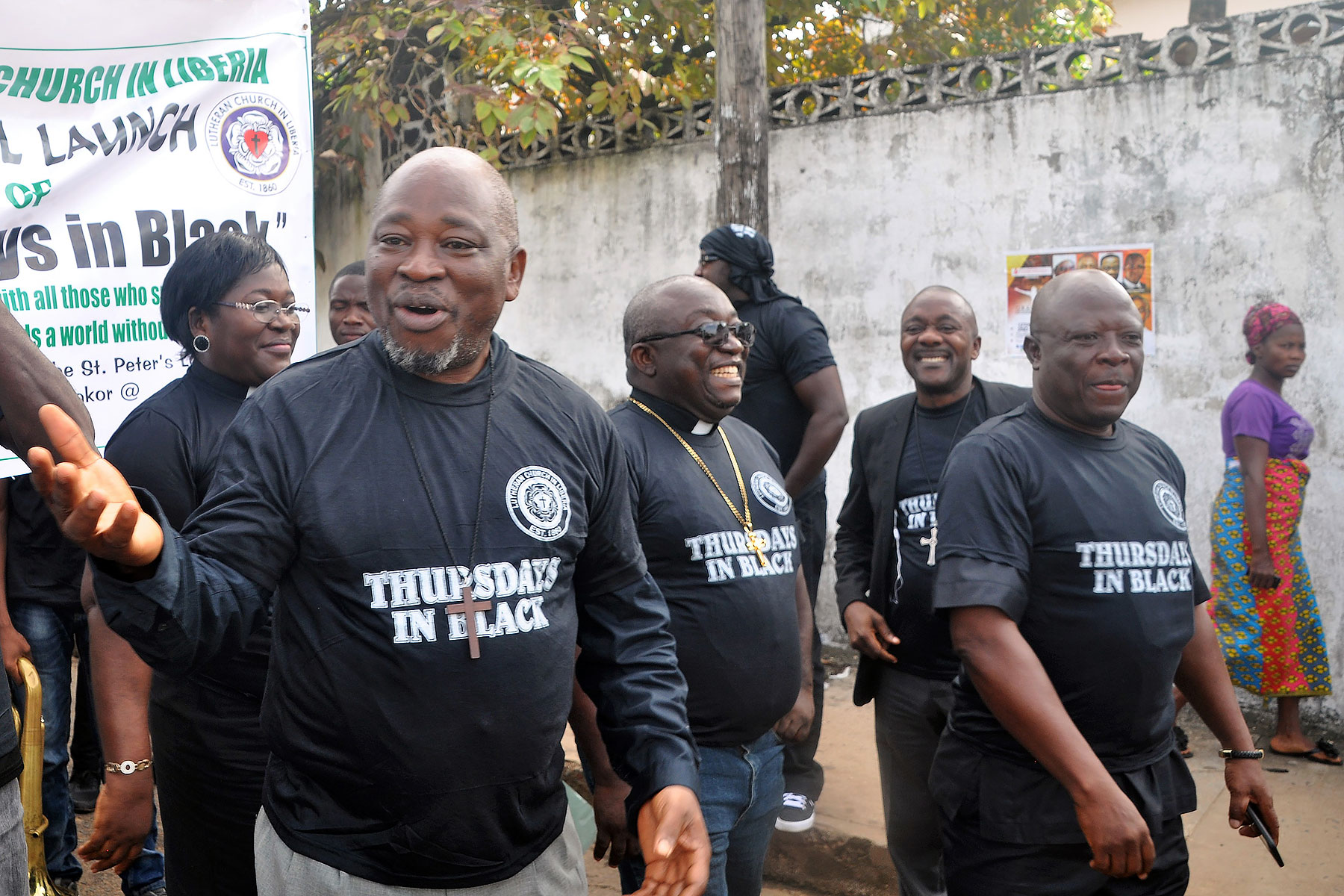 While the LCL Trauma Healing and Reconciliation program has been working against violence for years, the Thursdays in Black initiative offers practical steps to take against violence. The church collaborates with local partners such as the Liberia Council of Churches, Inter Religious Council of Liberia, and the Civil Peace Service network.

According to Liberia’s Ministry of Gender, Children and Social Protection, more than 890 incidences of sexual and gender-based violence were reported in 2017, of which 506 were rape cases, and 475 involved children. While it is not commonplace to discuss such issues in society and many cases go unreported, there is increasing awareness and willingness to hold accountable those responsible.

As Bishop Seyenkulo concluded, “The Thursdays in Black campaign is an easy but powerful way to do something that has the potential to change our world for the better. Our expectations are that this campaign will help restore the dignity of God’s beloved children.” 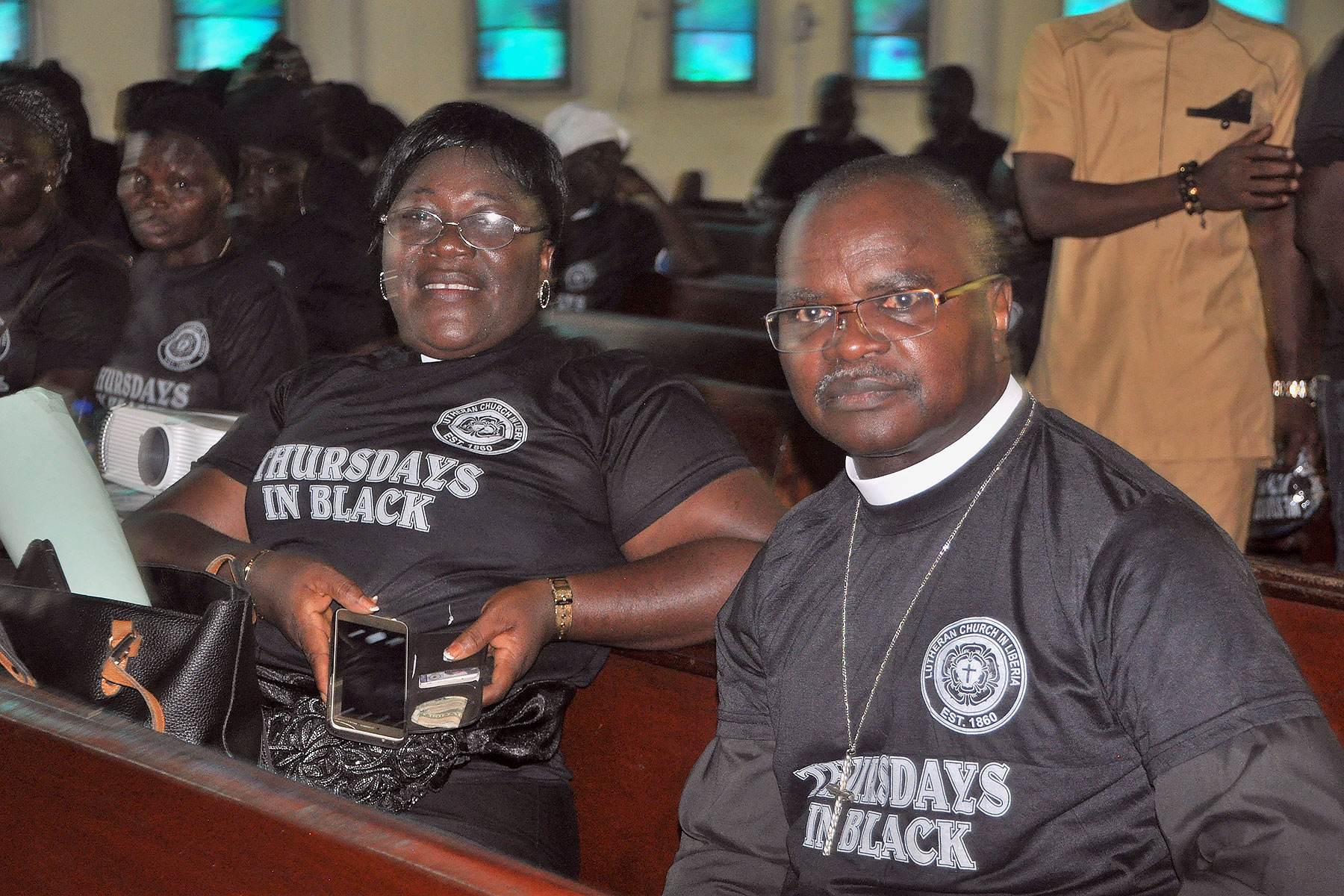 Rev. Janice Fajue Gonoe, director of the LCL HIV and AIDS program, and Bishop Dr Jensen Seyenkulo, during the Thursdays in Black launch in Monrovia, Liberia.

Photos from the Liberia Launch Event

LWF Women in Church and Society