Joint work for peace in the world was at the top of the agenda of the 7th congress of world and traditional religious leaders in Kazakhstan. Archbishop Urmas Viilma, LWF Vice-President for Central Eastern Europe represented the global communion of churches at the congress. 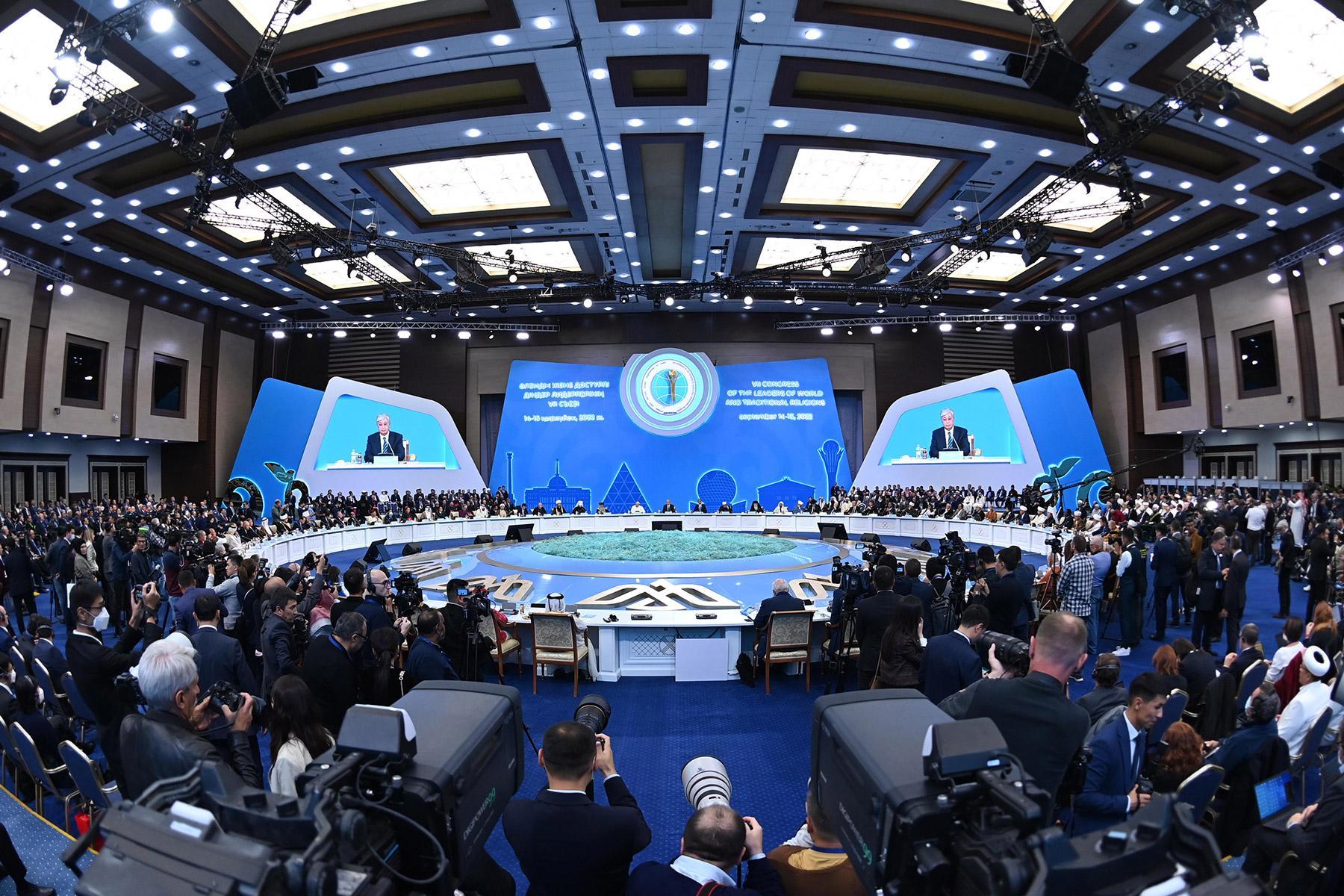 LWF Vice-President Viilma represented the LWF at the 7th congress of world and traditional religious leaders in Kazakhstan.

(LWI) - "We can always find common ground to work together for peace, irrespective of the faith tradition." That was one of the highlights of LWF Vice-President for Central Eastern Europe Archbishop Urmas Viilma, who represented the Lutheran World Federation (LWF) at the 7th Congress of World and Traditional Religious Leaders in Kazakhstan earlier this week.

Among the topics discussed at the congress were joint work for peace in the world, including peace in Ukraine, which is very much at the top of the agenda. The effect of COVID-19 and the response and support of faith communities was also discussed as was the "rise of secular thinking as an ideology rather than a neutral position," said Vice-President Viilma.

"However, neutrality is defined positively in Kazakhstan. This means that despite being a secular state, its leaders are willing to bring together all of these religious leaders, seeing them as a force for good in the world. I find that inspiring," added Vice-president Viilma. 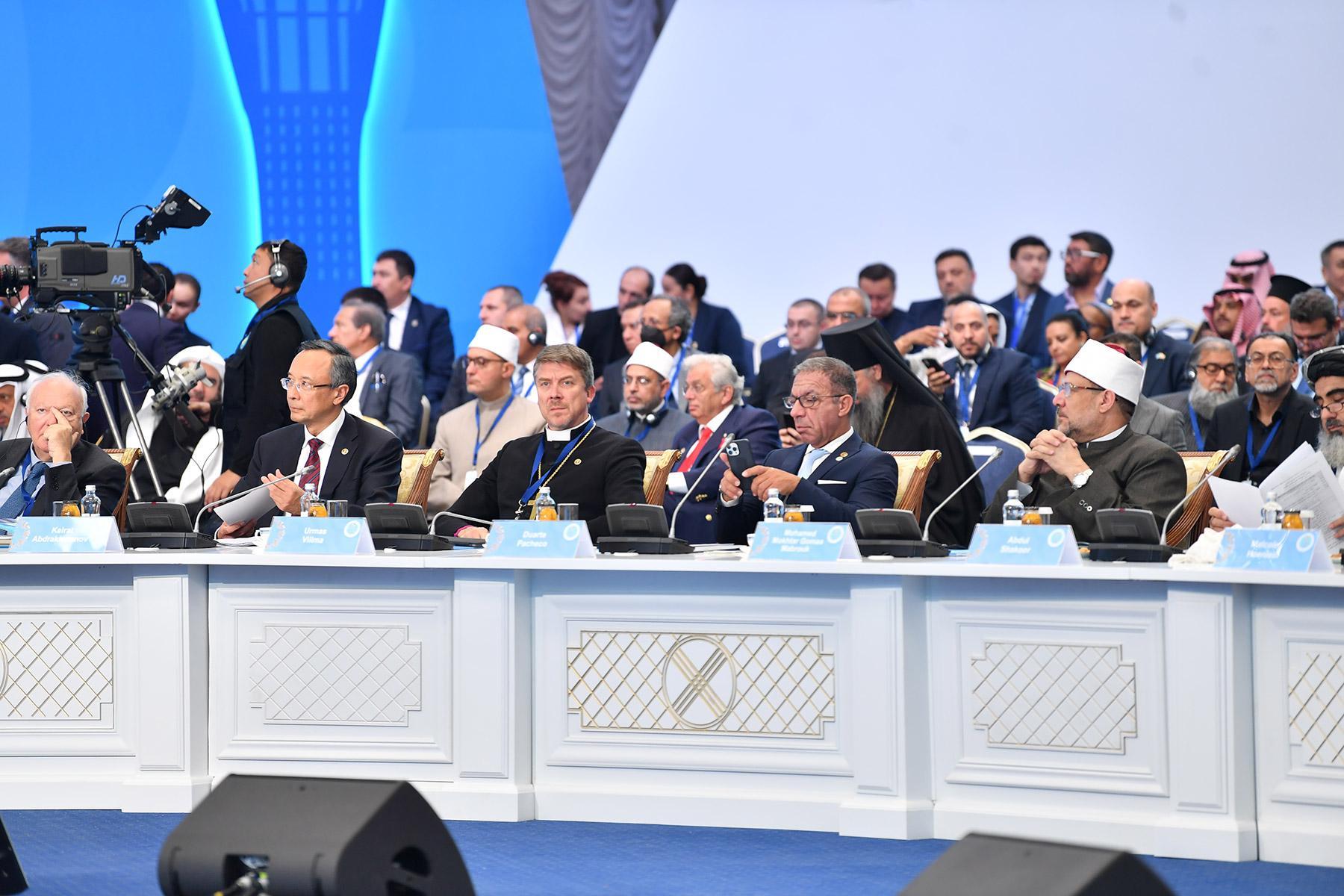 LWF Vice-President Viilma represented the LWF at the 7th congress of world and traditional religious leaders in Kazakhstan.

The congress has been held every third year since 2003. This year, it brought together around 1000 delegates from around the world, representing diverse faith traditions. It is organized by the republic of Kazakhstan at the initiative of its president Tokayev. Among the participants was Pope Francis, who is on a pontifical visit to Kazakhstan.

On occasion, the LWF Vice-President was able to meet with Pope Francis and reaffirm the shared commitment for strong interfaith relations and peace work.

In a keynote speech at the congress, Archbishop Viilma further highlighted the significant role of religious communities and said that inspired by the love of God and our neighbor "we advocate for values of faith, hope, and love that are not only relevant for our own communities but also the wider society.”

He said that the last two years will be remembered for the devastating impact of the COVID-19 pandemic on people and communities all over the world. “Sadly, with the war in Ukraine that lingers on with continuous global implications, we do not seem to have a moment to rest to even recuperate.” He added that religion matters in society, in “reaching outward beyond ourselves. Then we can overcome the many crises in the world stronger together for a more just, peaceful and reconciled world. "

The Evangelical Lutheran Church in the Republic of Kazakhstan (ELCRK) is an active participant in preparing and running the congress. "The Lutheran church here, under the leadership of Archbishop Yuri Novgorodov, is doing a great job. All participants at the congress were invited to visit key religious places in Kazakhstan. One of these was the Lutheran cathedral. So, even though the church is small, it is quite visible," added the LWF Vice-President. "The Lutheran church here plays an active role, much like Lutherans do worldwide, and is respected for its work."

"What I take away from this congress is a deeper understanding of the good that our sisters and brothers of other faiths are doing. At a time when there are many examples of people building fences and driving communities apart, it is good to be together with other religious people from around the world that are committed to coming closer together to serve people and work for peace," said Vice-President Viilma in conclusion.