Educating for peace in a multi-religious world 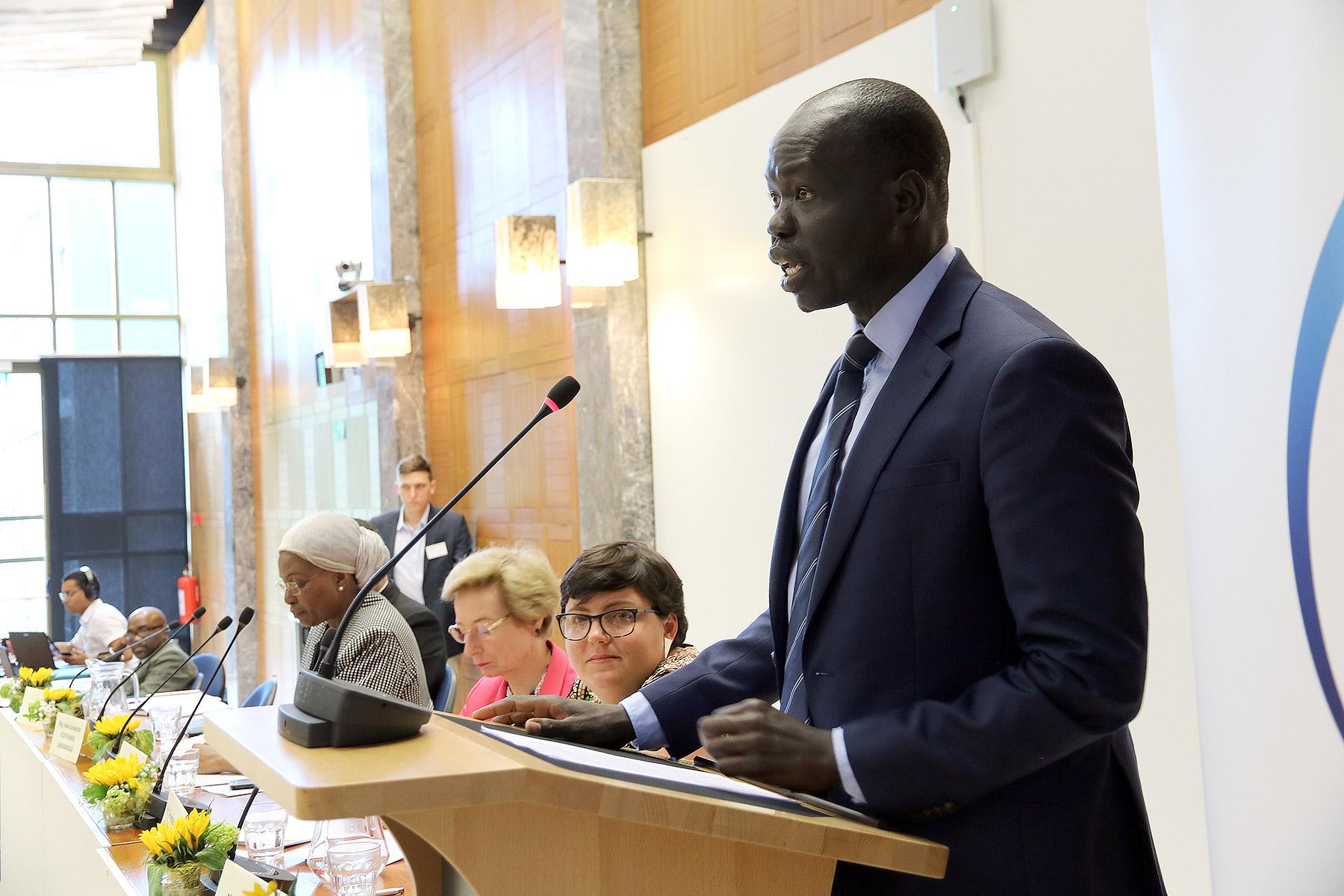 (LWI) - People of faith must be “keepers of our brothers and sisters,” especially the poor, the marginalized, the migrants and the refugees. That was the message of the Lutheran World Federation (LWF) Assistant General Secretary for International Affairs and Human Rights, Dr Ojot Miru Ojulu, at an ecumenical and interfaith conference on 'Promoting Peace Together'.

Religious leaders from different Christian churches and faith traditions gathered at Geneva’s Ecumenical Center on 21 May for the event, jointly organized by the World Council of Churches (WCC) and the Pontifical Council for Interreligious Dialogue (PCID).

The conference focused on two new documents which stress that faith can never be used to incite violence and that all believers have a moral responsibility to foster a culture of peace. The declaration on ‘Human Fraternity for World Peace and Living Together’ was signed by Pope Francis and the Grand Imam of Al-Azhar in Abu Dhabi in February 2019, and a new WCC-PCID booklet on ‘Education for Peace in a Multi-Religious World’ was launched at the Geneva event.

God wants us to be "keepers of our brothers and sisters."

In his presentation, Dr Ojulu said the language of the documents echoes the first article of the Universal Declaration of Human Rights, reminding us that “All Human Beings are born free and equal in dignity and rights”. They remind that as people of faith, “we are called to be responsible, caring and compassionate towards our brothers and sisters,” he said.

These values of peace, equality and solidarity, he continued “stand in stark contrast to the reality of our world today,” where we see inequality, exploitation and the rise of populist movements pedalling “hatred, xenophobia, sexism” and divisions “along racial, ethnic, linguistic, national or religious lines into ‘us’ versus ‘them’.”

Rather than misusing religion to invoke fear or remaining neutral in the face of injustice, Dr Ojulu said believers must respond to “the deep call of our faith” and put human solidarity into action by standing with our most vulnerable sisters and brothers. He highlighted the way that LWF supports refugees through advocacy and through its Department for World Service, working with ecumenical and interfaith partners to provide assistance to refugees and internally displaced people across the globe.

Opening the event, the WCC General Secretary, Rev. Dr Olav Fykse Tveit, spoke of the need to work together to combat injustice and racism, which he called “an evil that destroys the human family.” Referring to the genocides of the past century, he insisted “We have to be active participants in bringing peace” to the world.

The Secretary of the PCID, Bishop Miguel Ayuso Guixot said this commitment to peace is “not a utopian ideal but rather a necessary condition for living together”. Recalling the words of Pope Francis in Abu Dhabi, he said, “there is no alternative: either we will build the future together or there will be no future.”