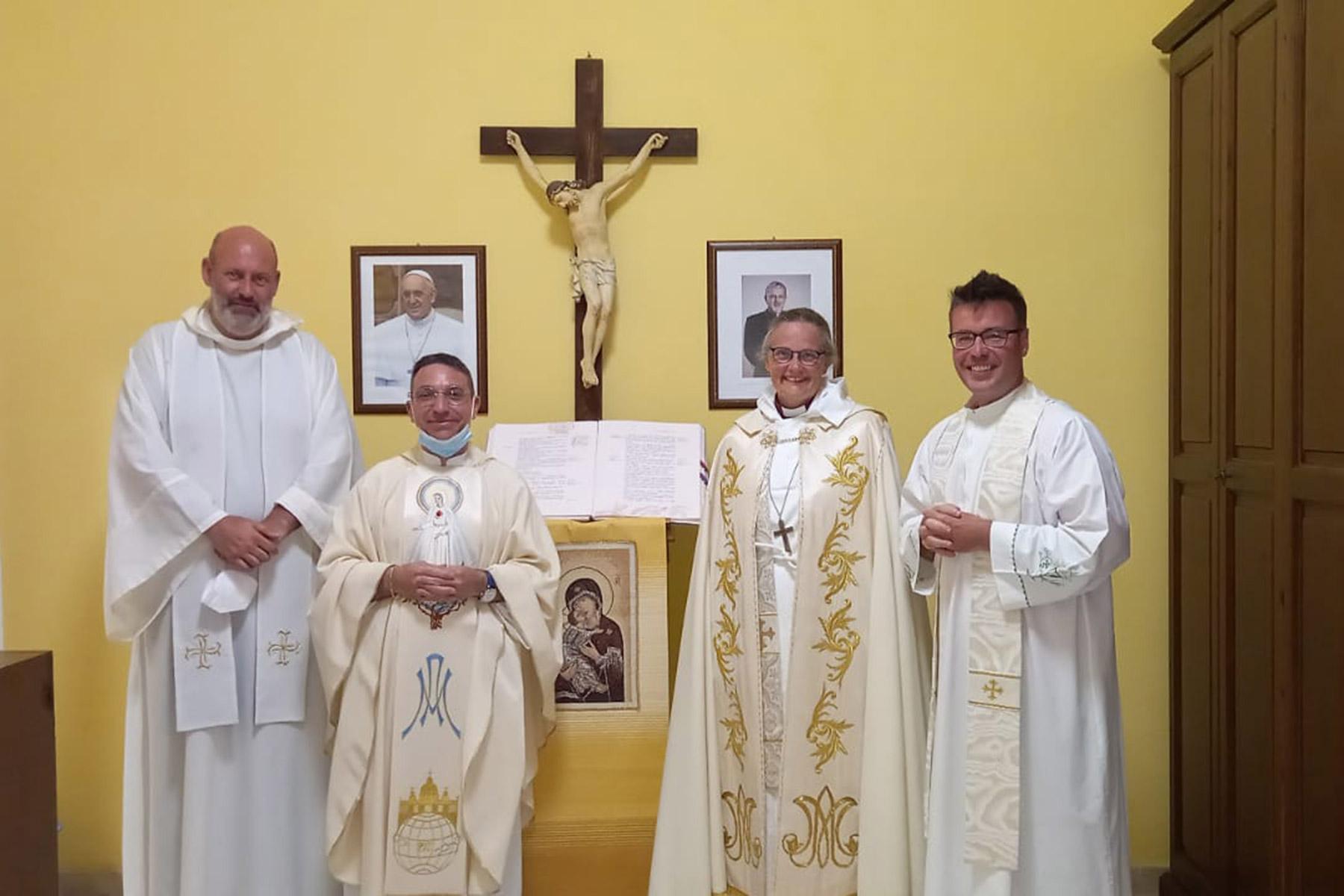 (LWI) - Putting ecumenism into action and witnessing the plight of migrants fleeing across the Mediterranean Sea: those were the twin objectives of a recent visit by Church of Sweden Bishop Karin Johannesson to the southernmost Italian island of Lampedusa, which lies close to Tunisia off the north African coast.

Johannesson, who is bishop of Uppsala, has made strengthening ecumenical relations a priority since her consecration in 2019. As part of the Porvoo agreement between Lutheran and Anglican churches in Europe, she presided and preached at Sunday worship on World Refugee Day in the Anglican parish of Holy Cross, Palermo.

During her 18 to 21 June trip, she also attended a Catholic Mass at the parish of San Gerlando in Lampedusa and visited an ancient shrine used for centuries by both Christian and Muslim survivors of shipwrecks in the region. Since the early 2000s, the island has become a major transit point for migrants from Africa, the Middle East and Asia seeking to enter Europe in search of safety and decent living conditions. 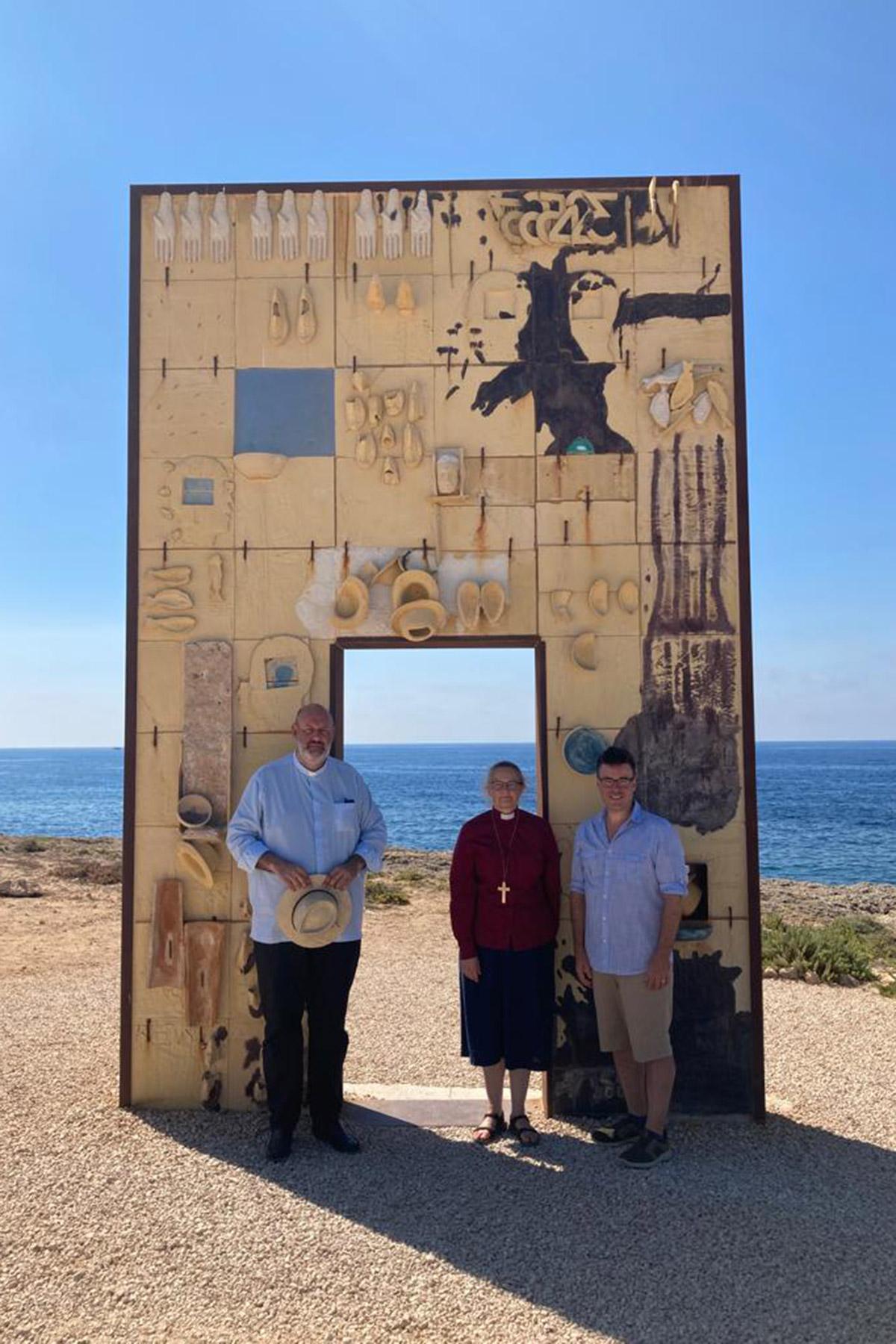 Close to the small airport, near ruins of military installations, a large door made of ceramic and iron stands as a memorial to the thousands of men, women and children who drown while making the perilous journey each year. A museum on the island houses many of the migrants’ belongings that have been recovered from capsized boats, including letters, cooking utensils and copies of the Bible or the Koran.

During the visit, parish priest Fr Carmelo Rizzo presented Johannesson with a water-damaged Bible that was found in the bottom of a migrant boat. “This was a very strong experience for me,” she said, as she looked at the missing pages and words that had been underlined by its users. “It belonged to a family. I wonder who they were and what happened to them. When I think of them, I understand even more of the panic that refugees in the Mediterranean are living with,” she reflected.

In the Lampedusa cemetery, Johannesson met with volunteers from the Mediterranean Hope project run by the Federation of Protestant Churches in Italy. One of its primary goals is to establish humanitarian corridors through which immigrants can arrive safely without falling prey to smugglers and trafficking rings. Members of the project also work closely with the local community to ease tensions and assist in the burial of the dead, trying to collect information and contact the families of the victims. 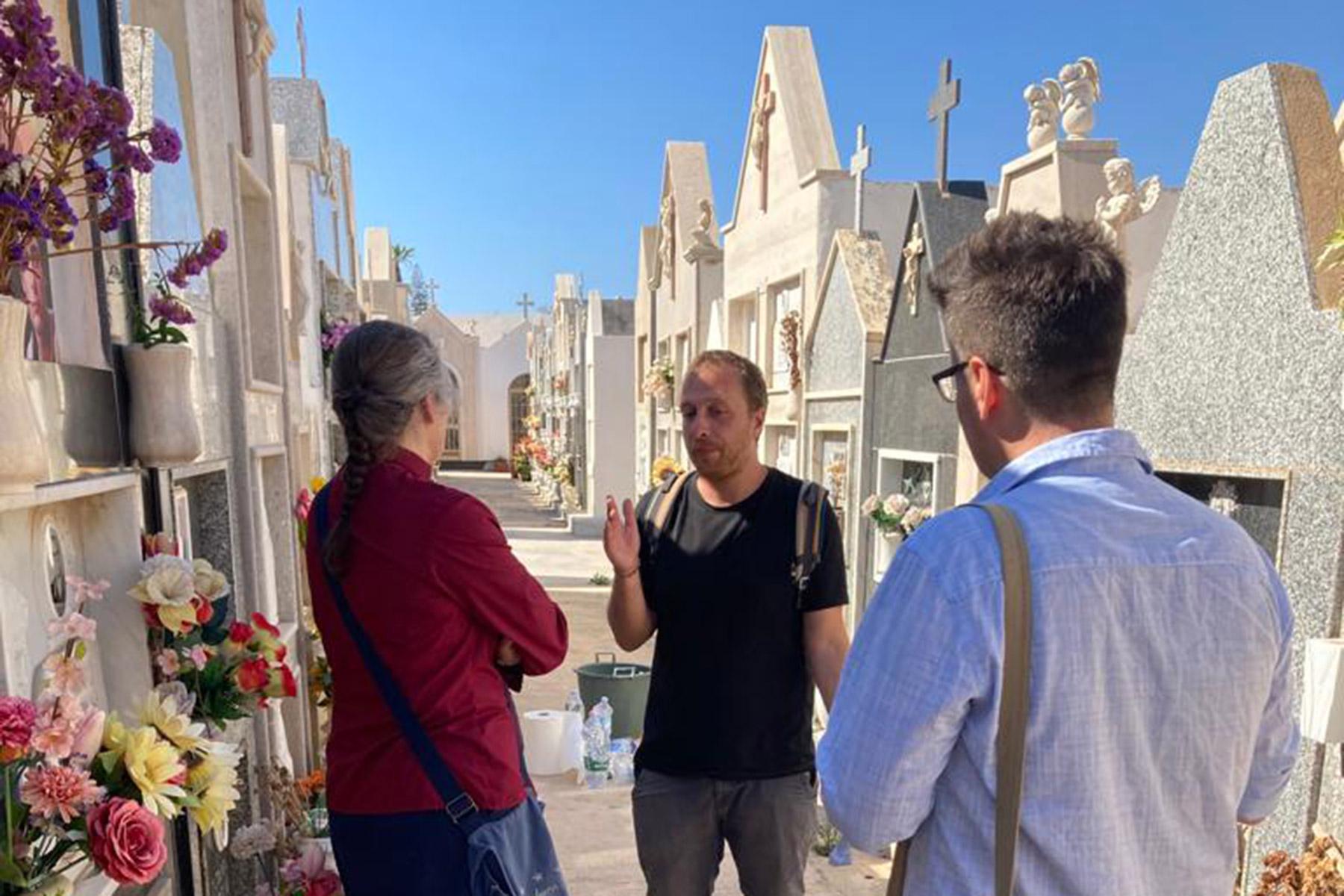 “In the cemetery, we visited the graves of two people who were on their way to Sweden but died on the journey,” the bishop noted. “Welela was on her way to her brother in Sweden. Yassin was probably on his way to join his wife and child when he died. There are people who live and work in my country who mourn them and wonder what happened to their loved ones,” she added.

Bishop Johannesson and the vicar of Holy Cross Palermo, Rev. James Hadley, had planned to visit the migrant housing and processing facility on the island but were advised against it because of the severely overcrowded conditions. The buildings, a former military barracks, were equipped to house around 300 people but regularly contain more than a thousand. Prior to the pandemic, residents were able to move around and interact with the local community, but are now forbidden to do so and the surrounding hillside is ring-fenced with armed guards.

During the trip, Hadley and Johannesson met with three Catholic sisters who provide regular pastoral care to the new arrivals, whose numbers increase during the summer months. Since 2014, following a visit by Pope Francis, sisters have been present on the island to offer practical support and accompaniment to those waiting for their asylum requests to be processed. 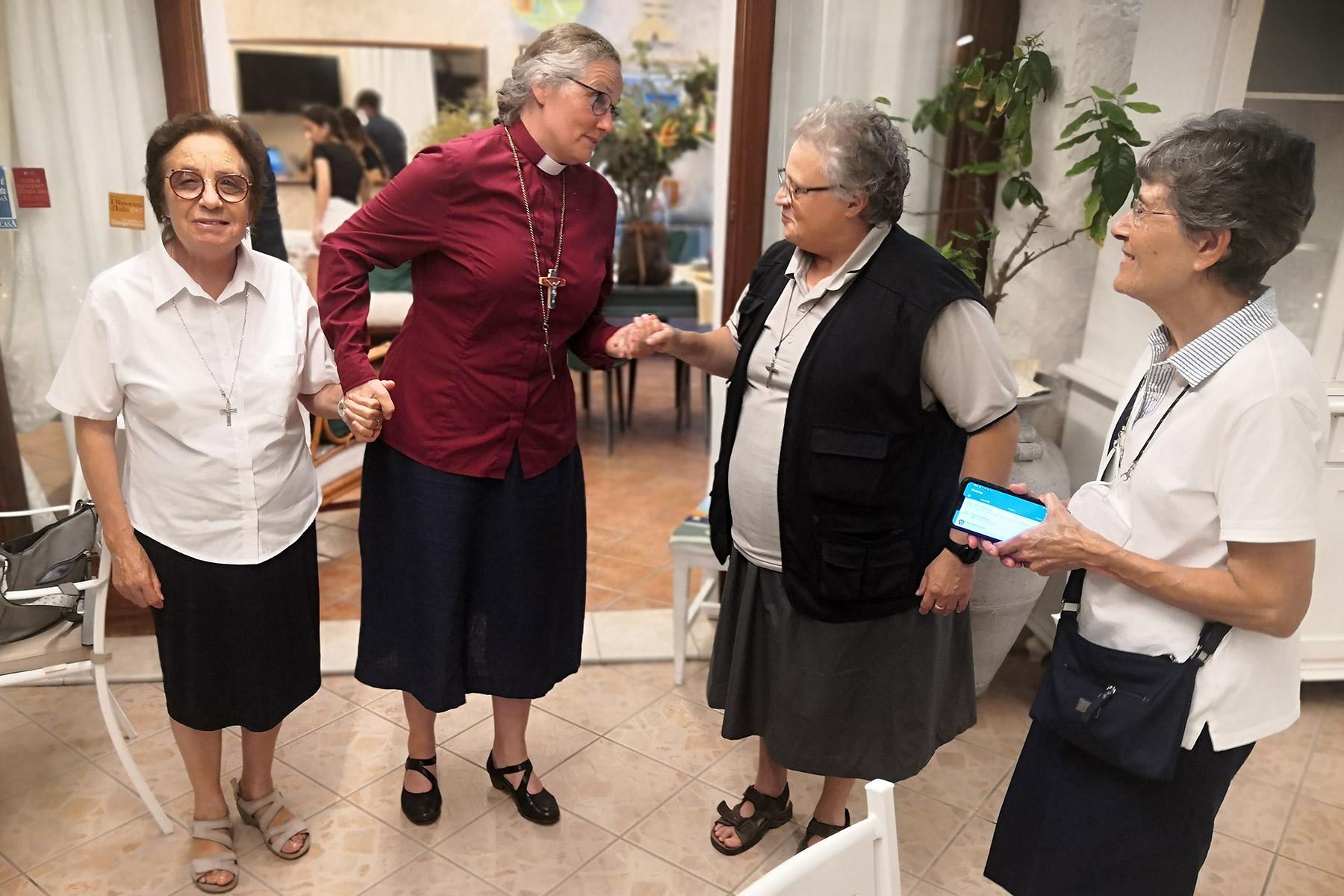 “When I met the priests of Lampedusa, the volunteers and the three sisters who live here, Bishop Johannesson said, “I understood how important ecumenism is for human survival. Ecumenism is not just conversations about dogmatic issues. It is also – and perhaps most importantly – about Christians together organizing our social work in a way that helps people to survive. This is our common calling.”

“It was a joy to welcome Bishop Karin to share about her pastoral ministry with the churches in Palermo,” Rev. Hadley said, noting that she was “the first woman bishop from a historic, episcopally-ordered church to visit Sicily.” Underlining the urgency of putting the agreement between Anglicans and Lutherans into practice, he concluded: “The visit marked a testimony of two churches, located in the extreme north and south of Europe, living and witnessing together as one body in the Porvoo Communion.”

European churches call for commitment to all refugees
news
ttttt

Improving lives for generations – for hope and a future
news
tt

‘There’s no commandment greater than loving your neighbor’
news
ttt