Diakonia and dialogue for peace 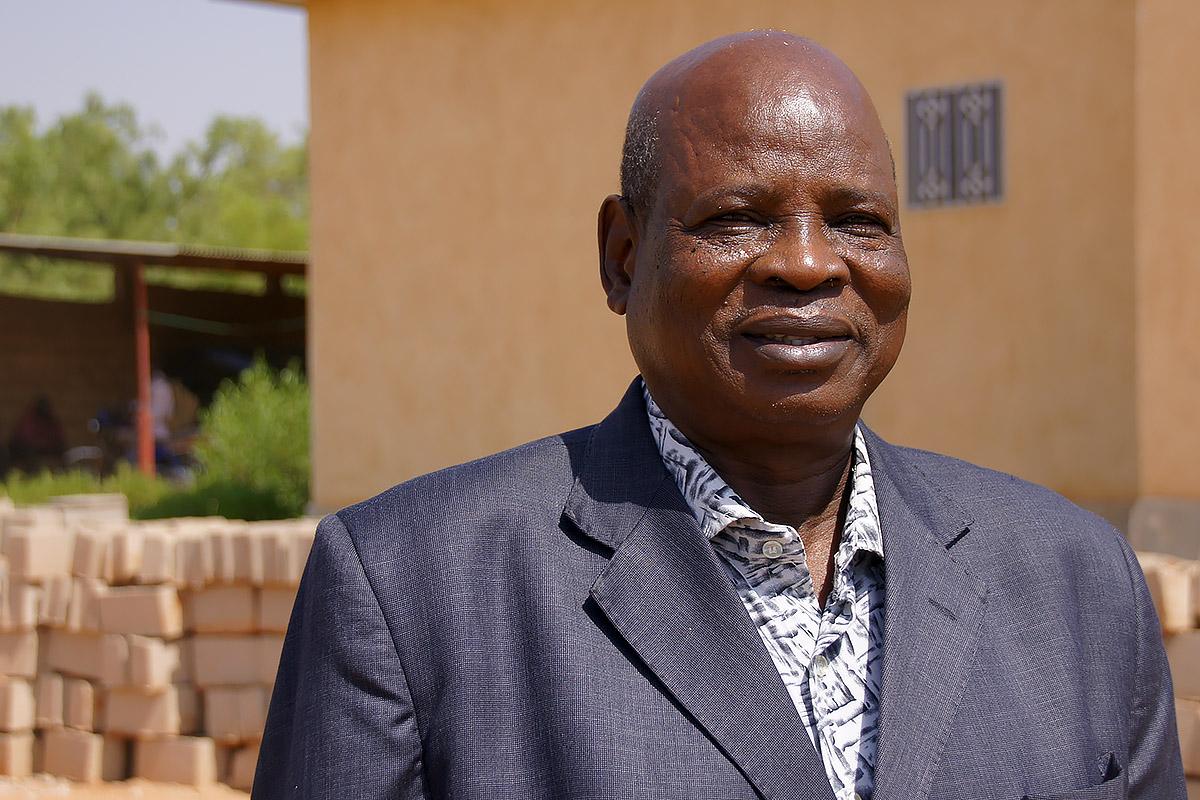 Rev Robert Goyek Daga, in front of the millennium Cathedral that his church is building in the center of Garoua town. Photo: LWF/ C. KÃ¤stner

(LWI) - Members of the Church of the Lutheran Brethren of Cameroon live under the threat of Boko Haram terror. The militia targets churches and pastors. Church president Rev Robert Goyek Daga works for peace by seeking dialogue with moderate Muslim leaders in the area.

When Rev Robert Goyek Daga goes to see one of his congregations, he moves in areas which have been declared off-limits for foreigners. He is not safe when he travels there. The Church of the Lutheran Brethren of Cameroon, which Daga leads, has congregations in the “extreme North” of the country, an area heavily affected by Boko Haram terrorism.

Cameroon borders Nigeria in the Northwest and Chad in the Northeast. Both Chad and Cameroon are fighting the Boko Haram militia in Nigeria with open warfare. The entire Lake Chad region, as well as the villages in the Nigeria-Cameroon border area suffer from terrorist attacks aimed at Christians and moderate Muslims, as well as foreigners.

“The Boko Haram terrorism affects us a lot. We lose our members, we lose places of worship, fields and livestock” Daga says, recalling killings and abductions of his pastors which have happened over the past years. The case of Pastor Jean-Marcel Kesvere made headlines in 2014, when the father of eight children was abducted in a Boko Haram raid on his hometown Bagaram.

The church is now supporting his family - like many others who lost their homes and farms fleeing the militia’s terror. More than 100,000 people have been internally displaced from the villages along the border into the bigger cities, to be safe from the islamist terror. “ It is the worst for the elderly, who cannot run. We receive them in our churches and schools and offer assistance”, Daga says. “We have a lot of displaced people. This is the reality of our hard life in the extreme North.”

The church’s resources have diminished since the Boko Haram crisis began in 2013. Many church members have lost their homes and their livelihoods. Before, they were farmers or fishermen in the Lake Chad region. When Boko Haram attacked their towns, they fled to cities further South, leaving their source of income behind.

The Boko Haram terrorism affects us a lot. We lose our members, we lose places of worship, fields and livestock.

The political crisis is accompanied by natural disaster. Like all countries in Central Africa, Cameroon has a dry season and a rainy season, but the changing climate has turned this natural cycle to extremes. “Every five years, there is a catastrophe,” Daga says. “The rivers are empty, the animals die and the people suffer. Later the rains come very violently and the floods destroy everything.”

Diakonia and humanitarian assistance have thus become a primary focus for the Church of the Lutheran Brethren of Cameroon, which has its own department for development, comprised of 16 staff in the head office and a further 1,200 in the field. The staff train congregations in agriculture and how to deal with refugees and IDPs - beyond their own members. “We must do our best to create sustainable agriculture and livestock farming, to feed our people,” Daga says. “Each year, we reach more than 12,000 people in need directly.”

He himself has started a dialogue with his Muslim counterparts. A local committee of 15 members of religious and young leaders has been set up to sensitize the population for peaceful cohabitation and to promote dialogue between the different religious communities.

“Boko Haram claim they are the true Islam, but they are nothing but violent extremists,” Daga says. Together with like-minded faith leaders in the mosques in Garoua, Maroua and Mora, he is working on a project to use education against the terror of a group whose name literally means “Books are sinful”.

Daga sees the hope for peace and security in this cooperation. “In the beginning, we were afraid,” he says. “But now we have a very good relationship with our neighbors. The pastors, the imams, the marabouts (traditional healers) and traditional leaders and the local authorities, we are all together. We all hope that we will be able to live in peace."

Church of the Lutheran Brethren of Cameroon (site in French)