Action for Justice, rooted in theology and dignity for all 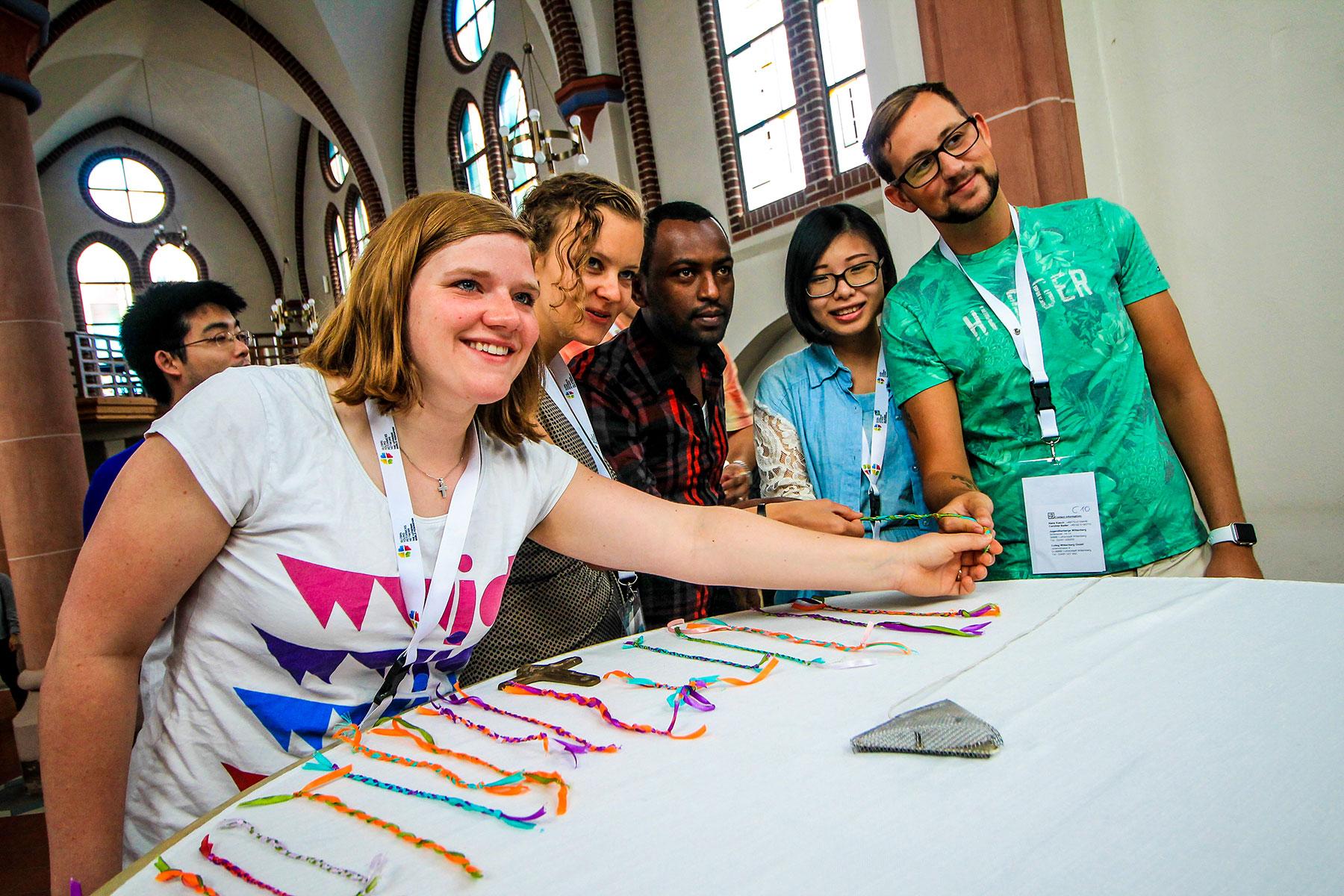 (LWI) - The Lutheran World Federation (LWF) marked a milestone on 7 February with the launch of its first advocacy framework, highlighting its priority areas of climate, gender, peacebuilding, human rights and humanitarian work. The online launch, which featured contributions from partner organizations and member churches in different parts of the globe, underlined the need for LWF advocacy to be firmly grounded in both gospel values and human rights, with leadership by young people.

LWF General Secretary Rev. Anne Burghardt noted that the call to churches “to take action for justice and dignity for all” can be clearly found in both the Old and New Testaments. Christians, she continued, “are called to put faith into practice, to be the ones who help to loose the bonds of injustice. This is why we call our advocacy efforts at the LWF ‘Action for Justice’.”

LWF’s advocacy work, Burghardt continued, is rooted in theology and human rights and “complements our calling for diakonia, our humanitarian assistance, our livelihoods programs and our agenda for sustainable development.” Using a ‘local to global to local’ approach, it seeks to strengthen the work of its 148 member churches and the World Service country programs. Working together with ecumenical, interfaith and other partners, Burghardt said, this Action for Justice work is “part and parcel of [LWF’s] holistic mission.”

LWF’s Head of Global Advocacy Isaiah Toroitich presented the goals, principles and priority areas of the framework, underlining the “added value” that faith brings to both local and global advocacy activities. He highlighted the intersectionality of the different areas of work and emphasized the importance of both capacity building and communications training in order to ensure greater visibility for this work.

Rev. Karla Steilman, an LWF Council member and pastor of the Evangelical Church of the River Plate, said the new framework will help with the work of the church in northern Argentina to combat forest fires and support people affected by extreme droughts. Noting the vital role of young people in advocacy for climate justice, she underlined the importance of continuing “to raise awareness about the impact of climate change” in her Latin American context.

Another young Council member and LWF delegate to several of the recent UN climate conferences, Khulekani Magwaza from the Evangelical Lutheran Church in Southern Africa, noted that the new framework reflects the resolutions from the last LWF Assembly in Namibia, as well as the themes of upcoming Assembly in Poland next year which will explore the activity of the Spirit in creating, reconciling and renewing. He said he hoped the framework would “enhance existing regional advocacy activities such as combating poverty and injustice” in his African context.

Several of LWF’s key partner organizations were also represented at the online launch, including Finn Church Aid (FCA), Bread for the World and Norwegian Church Aid (NCA). Katri Suomi, FCA’s director of stakeholder relations, said her organization was looking forward to new areas of collaboration on the basis of the advocacy framework and she praised the commitment to youth leadership in this work. She highlighted the importance of advocating with regional intergovernmental bodies, such as the European Union and the African Union, in order “to empower civil society to influence their decision-making processes.”

Klaus Seitz, head of Bread for the World’s policy department, also praised the new framework for opening up “promising new perspectives and opportunities” for cooperation. He noted, however, that the work for climate justice must not just be limited to supporting those already affected by climate change, but should also focus on opportunities for building a “climate smart future where all have access to green energy.” While sharing the vision of advocacy as a holistic part of the church’s mission, he said the framework has “a blind spot” with regard to the obligation of businesses and the private sector to respect human rights.

The role of the churches is to drive change by promoting hope, meaning and a sense of togetherness.

Lisa Sivertsen, NCA’s director of communications and policy, noted the relevance of the new advocacy framework to the work of her organization, particularly in areas of gender justice and climate justice. At a time of such major challenges, including the economic and climate crises, the shrinking space for civil society and the COVID pandemic, she stressed that the role of the churches is to drive change by promoting “hope, meaning and a sense of togetherness.”

Amy Reumann, director of Witness and Society for the Evangelical Lutheran Church in America, praised the focus of the new framework on working through ecumenical and interfaith partnerships. The impact of churches in local and global advocacy “doesn’t come from flying solo but from the collective power of a combined faith voice.” She urged the LWF to “lead the way in robust training” for member churches seeking to increase their advocacy work. Finally, she too praised the commitment to youth leadership, noting that LWF’s “investment in me some 40 years ago helped to shape my own journey.”

Interfaith relations: Gathering around the Tree of Life
news