70 years on: Upholding the dignity of every human being 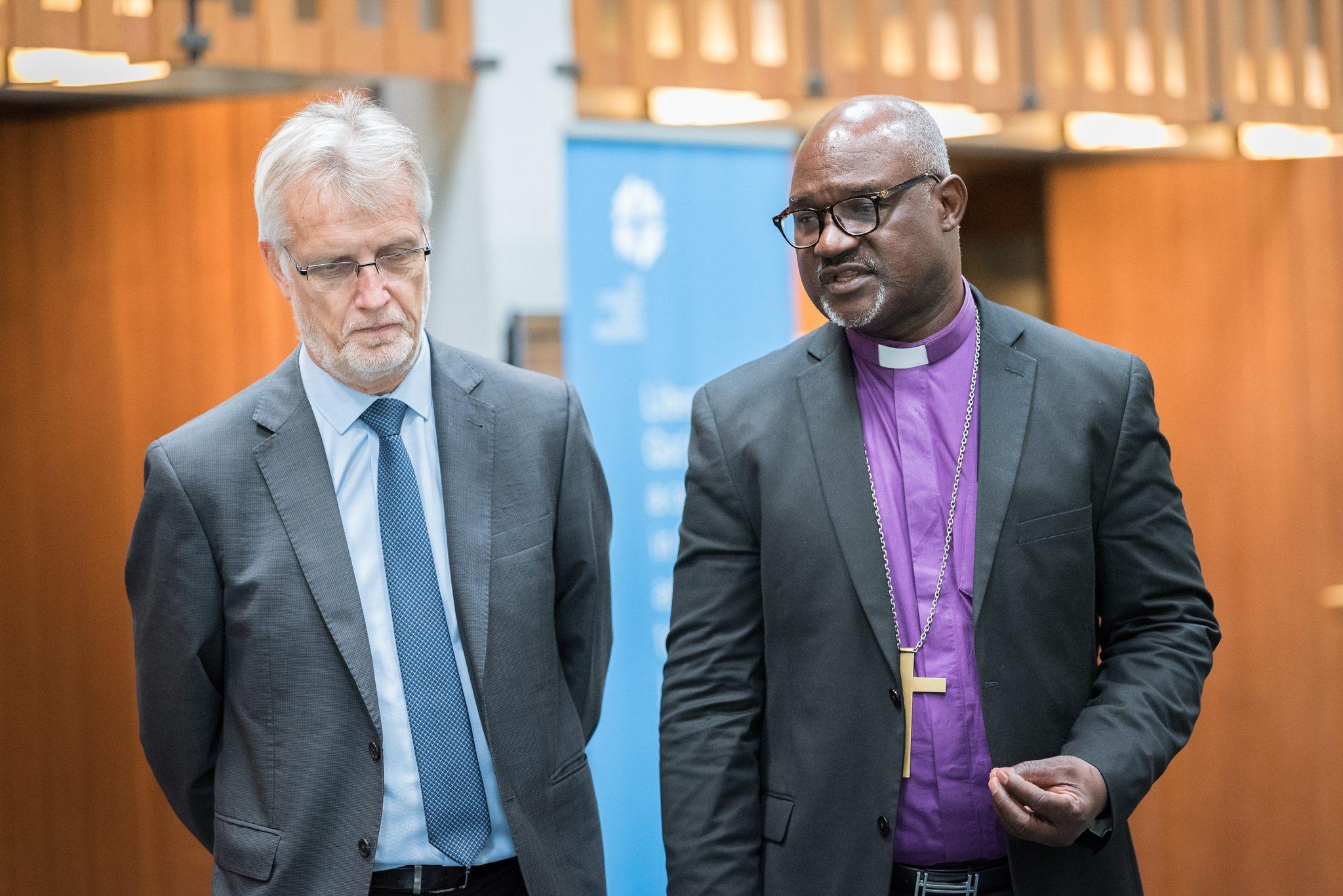 The LWF has urged members of the global community of states to mark the 70th anniversary of the Universal Declaration of Human Rights today by reaffirming commitment to the declaration and to safeguarding freedom, justice and peace in the world. LWF general secretary Rev. Dr Martin Junge (left) and LWF President Archbishop Musa Panti Filibus (right). Photo: LWF/Albin Hillert

(LWI) The Lutheran World Federation (LWF) has urged members of the global community of states to mark the 70th anniversary of the Universal Declaration of Human Rights (UDHR) today by reaffirming commitment to the declaration and to safeguarding freedom, justice and peace in the world.

In a joint statement by LWF President Archbishop Dr Panti Filibus Musa and General Secretary Rev. Dr Martin Junge, the LWF praises the declaration as “‘the common standard of achievement for all peoples and all nations.’”

Musa and Junge use today’s occasion to emphasize that promoting and protecting human rights has been central to LWF’s work since its founding in 1947. The UDHR has provided a platform on which the 148 LWF member churches can engage with other faith-based and secular actors in upholding the dignity of every human being, they note.

While affirming that every human being is made in God’s image and therefore endowed with God-given dignity, the LWF leaders however express deep concern about efforts to undermine and delegitimize the UDHR principles.

“Today, the LWF is deeply concerned about the growing tendency to delegitimize, marginalize or undermine the framework provided by the UDHR. As a consequence, people at the margins, minorities, those being oppressed because of their gender, ethnicity, social economic or political position, are discriminated against, suffer persecution and oppression including death,” the LWF leaders say.

The LWF urges the community of States to ensure that the human rights framework is implemented locally and globally and that violators are held accountable.

Musa and Junge also call upon LWF member churches around the world to work with ecumenical, interfaith and other civil society partners to promote and protect human rights.

Earth Day: Acting to prevent hardship and suffering in the future
news