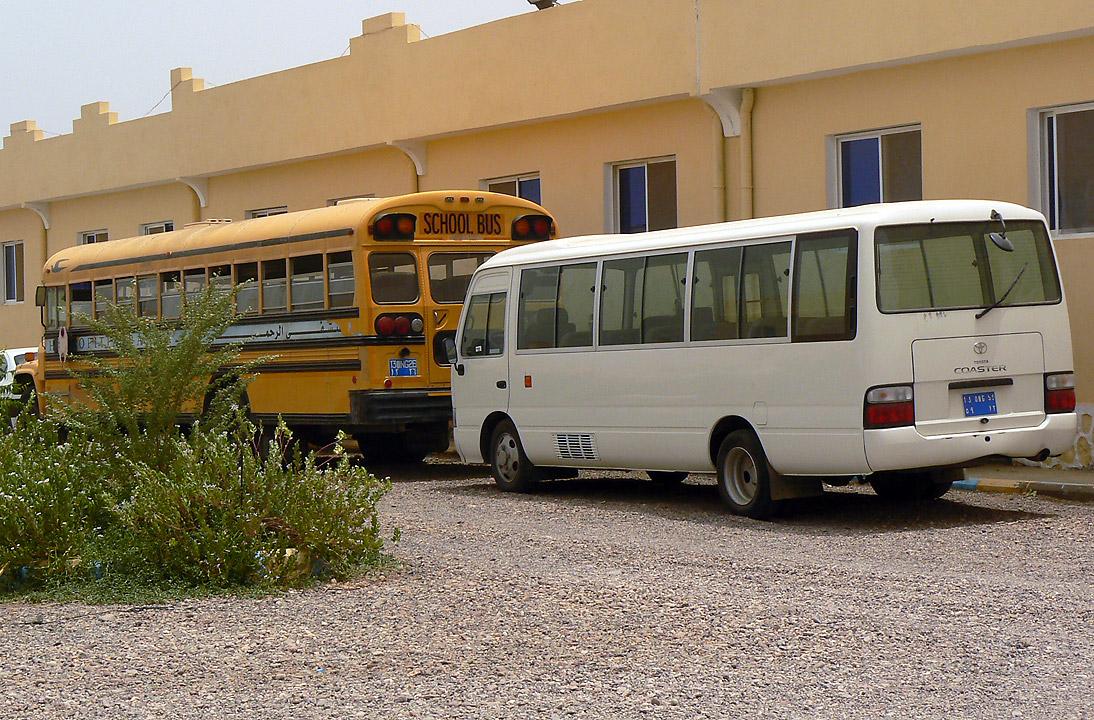 The yellow school bus in Markazi refugee camp that transports children from the refugee camp to school each day. Photo: ALWS/ Jonathan Krause

“When I arrived I was crying most of the time, just sitting there, doing nothing. I never imagined this life could happen to me.”

Anisa is 20 and was a third year university student.

Life back home in Yemen was normal, she said. People went to work, children to school, young people to university. Life changed for Anisa the day her university bus was caught in crossfire on the streets of Yemen.

For 30 minutes Anisa and her sister and the other young women on the bus hid beneath the seats as the battle between north and south, Shia and Sunni, came to Anisa’s normal everyday life.

Anisa never went to university in Yemen again. Instead she boarded a boat for the 15 hour voyage across the Gulf of Aden to Djibouti. She said those 15 hours were the happiest in her life. She loved the sea. She was headed for safety.

Then she arrived. Anisa is happy she is safe but her home now is in the Markazi Refugee Camp at Obock in Djibouti, one of the hottest places on earth. In the next month a wicked wind the local people call Khamsiu, meaning 50 days – the length of time the winds are worst - will whip in, smothering the sky, burying tents, sucking hope out of the 10,000 refugees here. Before a fence was erected, people were attacked in their tents by baboons and hyenas.

Out of this box

“The young people lose their hope in the future. They don’t see anything ahead of them. For them, everything is covered, everything is black. We need to help them find their own solution.”

LWF offers refugee children the chance to go to school, and works to protect children from the worst. The organization offered Anisa a job working in child protection. “When LWF offered me the job, I said yes straightaway,” Anisa recalls.

“Before, I was just sitting in the tent, comparing my life from before to my life now. I had to get out of this box. I try to adjust myself so I don’t just look at the bad side of being in the camp. I try to think of the good – I am working, I am seeing many people, I am getting paid.”

You see such courage in so many of the people you meet. Walking through this hell, you can only imagine how awful what they fled must have been.

Djibouti, with its population of fewer than 900,000, being number 168 on the UN Human Development Index, has welcomed more than 20,000 refugees. If Australia, with its 25 million people and second on the same index, welcomed refugees at the same rate, 625,000 people would be in its care.

Two kilometres from the camp is the Al Rachma school, which provides education to 138 orphans. The buildings here are beautiful, air-conditioned, equipped with just-about-state-of-the-art furniture and audio-visual equipment. Al Rachma means “mercy”.

This Muslim school has extended that mercy to the 200 refugee children at Markazi whose education the LWF is responsible for. The school has even volunteered to run double shifts so there is room for all.

The 45 degree heat means two kilometres is too far for the refugee children to walk to school. There is a sturdy little bus, but the children have to get up at 5am for the many trips that sized bus must take.

Al Rachma has a big yellow bus. They have offered it to LWF to bring the children to school. They will maintain the bus, we just need to provide the fuel. For one year, for 200 children, for school each day, including a driver, the cost is around USD 7000.

A leader we meet beneath a corrugated iron roof and chicken-wire “community centre” inside Markazi tells us, “The school gets the children out of here for some hours, and we see the happiness in their eyes when they return.”

The food ration for refugees is basic, and due to tight budgets limited to the bare minimum. In fact, in recent months a number of children recovering from their escape from Yemen have suffered severe and acute malnutrition.

LWF provides the children with breakfast each day at school – a piece of bread, spread with jam. There is no money for anything more, not even a cup of milk.

What a cup of milk is worth

In every tent of a refugee camp, a story of suffering can be heard. When you hear the stories – the family members lost, the children hit by stray bullets, the burning buildings, screaming sirens, you can feel overwhelmed. Such pain, over and over and over.

As Jesus “footed” the bare hills around Lake Galilee, large crowds followed, looking for healing and hope. Jesus told the disciples, “This is big work I’ve called you into, but don’t be overwhelmed by it. It’s best to start small.”

Give one of these little ones only a cup of cold water, for instance Matthew 10:42 (NKJV).

Perhaps even a cup of milk.

The Decision Maker Helps Others Decide for Education
blog