De-Stabilizing the Emergent Binary of Empowered Girl vs. Muslim Girl 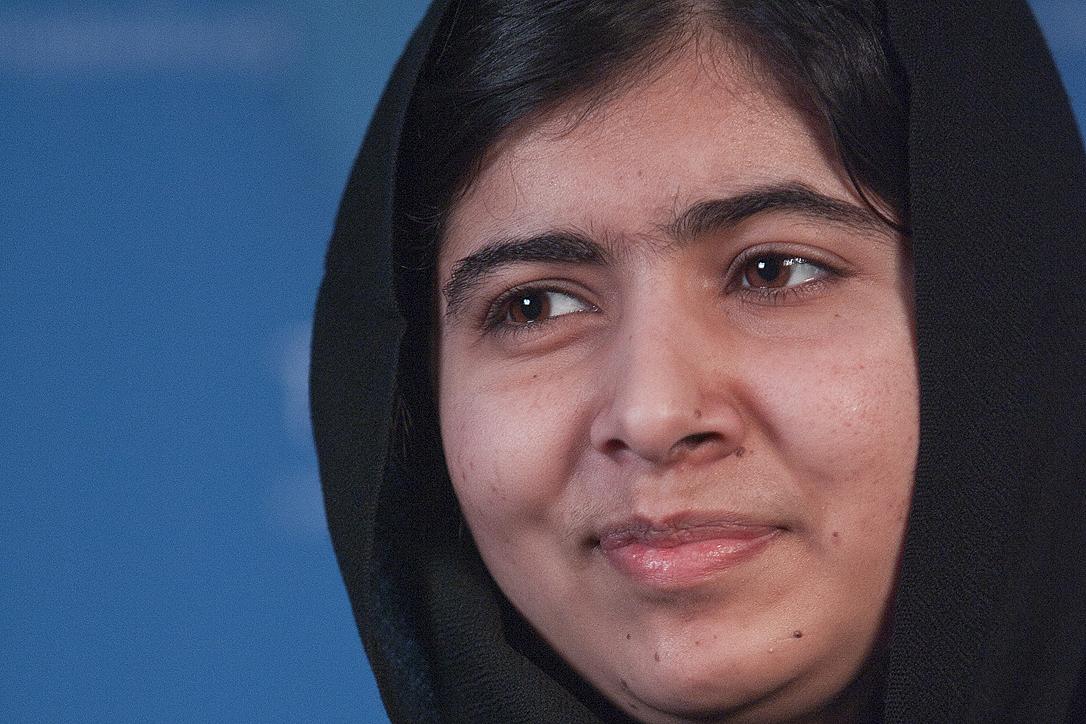 In 2012, Malala Yousafzai, a Pakistani girl then twelve years old, was shot in the head by a member of the Tehrik-e-Taliban, a tribal-political formation in Pakistan. While she recovered shortly thereafter, the incident has since then received significant attention from state and non-state actors and organizations in the global North. They have rallied around the symbol of Malala to express support, not only for her but also more broadly for the education of girls in Pakistan and the global South. The dominant discourses surrounding Malala, however, have come together to set up a new binary—one that pits Muslim girls against an imagined assemblage of “empowered girls.”

Malala is made to tell a particular story about people in the global South. She is represented as the girl who defied the cultural logics operative in Pakistan, and who now embodies a transnational, secular modernity exemplified by her emphasis on the autonomous self, enactment of choice, advocacy for freedom and arguments for gender equality. Instead of being a symbol of the courage of Muslims and Pakistanis to stand up against local forms of violence, Malala is shown to be an exception. Through extensive media coverage and uptake of her image by international organizations, she is individualized in her courage and successful performance of an empowered subjectivity. She is presented as succeeding against all odds, as a heroine, or, as TIME magazine calls her, the “champion for girls everywhere.” She is made into an exception by practices such as celebrating “Malala Day,” receiving a nomination for the Nobel Peace Prize, and book deals worth millions of dollars. Even the title of her book, I am Malala: The Girl Who Stood Up for Education and Was Shot by the Taliban (2013), centers her person, emphasizing her uniqueness.

Producing Malala as the exception is a technique of power. Exception proceeds by individualizing and abstracting her from the local environment and cultures, and connecting her positive attributes to another source, such as her formal education, desire for success, and ambition. Her courage is, then, not read as grounded in local cultural practices that valorize social justice. Instead, she is positioned as a singular force against local customs and cultural elements. Marking Malala as the exception sustains the trope of the “oppressed Muslim girls” against which the concept of “empowered girls” is maintained. The discourse on empowered girls, thus, rearticulates Malala in its own terms, and distances her from other Muslim girls. She is made simultaneously to stand in for, represent and symbolize the oppressed Muslim girls, and positioned as the empowered girl who is not one of them. It denies other Muslim girls similar forms of empowered subjectivities. More importantly, it sustains the façade of Islam as an oppressive religion, making interventions—such as through universal education of girls, or empowerment projects—necessary and even ethically imperative.

It is critical then to destabilize this binary of Muslim girls vs. empowered girls by articulating Malala as a different kind of Muslim girl—a courageous, educated, girl who grounds her desires for social justice and education in local Khyber-Pakhtunkhwa traditions and directives of the Quran (as is revealed by reading her co-authored text). In addition, there is a need to inquire into, and learn about, the radical specificities and nuances surrounding her shooting and resist the temptation to read her as representing all Pakistani, Muslim girls. More broadly, conversations about of girls’ education in Pakistan cannot be abstracted from issues of everyday insecurity, government corruption, reliance on foreign aid, consumption patterns in the global North, and foreign policy, among others.

Shenila Khoja-Moolji is a research fellow and doctoral candidate at Teachers College, Columbia University. She participated in the DTPW seminar, “Religious Identity and Renewal: Jewish, Christian and Muslim Explorations.”

To request a draft of the chapter, contact the author.