The LWF’s governing body between Assemblies came together for its annual meeting in 2013 under the theme, “Called to be disciples in today’s world.”

Participation was by invitation 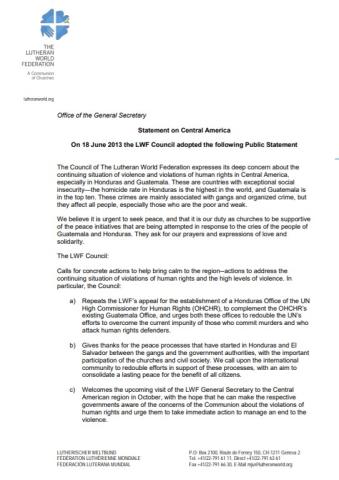