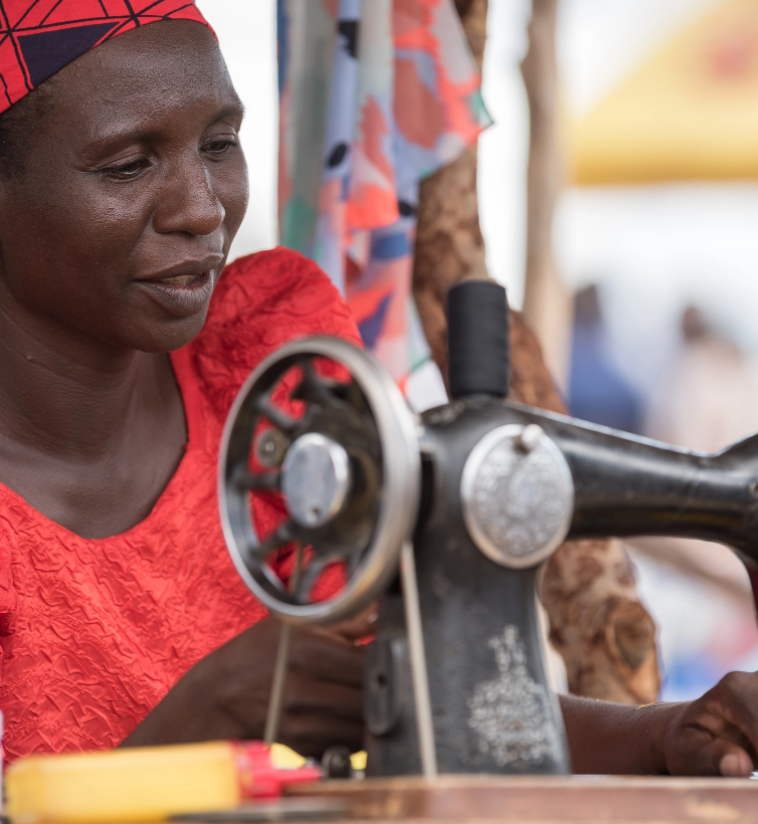 Present in Cameroon since 2014, the LWF responds to internal needs generated by crises and conflicts in neighboring countries. It thus helps Nigerian and Central African refugees, but also internally displaced persons, local communities and returnees. In 2020, the program provided 179,965 beneficiaries with access to education, WASH, and livelihoods. At the same time, the provision of reliable information, social cohesion and conflict prevention ensure the sustainability of these gains.

Cameroon is currently hosting refugees from the Central African Republic and Nigeria, as well as a number of people internally displaced by cross-border fighting between Boko Haram, attacking Nigeria, and Cameroonian coalition forces in in addition to the socio-political crisis that persists in the North West and South West of Cameroon.

In response to a rebellion led by Seleka rebels against the government of François Bozizé of the Central African Republic, the security situation began to deteriorate in 2014. Attacks against civilians and an increasingly developed conflict according to criteria ethnic groups have prompted large numbers of Central African nationals to flee to neighboring countries.

As of January 2021, there are 316,017 CAR refugees spread across the East, Adamawa, and North regions of Cameroon. The majority are staying in host communities, some of the refugees live in camps. There are also 117,826 Nigerian refugees and 321,886 IDPs in the Extreme North region of Cameroon. 69,622 refugees live in the Minawao refugee camp, where LWF is providing access to clean water and livelihood activities.

These two protection and displacement crises are made worse by chronic food insecurity and malnutrition, especially in the Extreme North region. The influx of refugees and IDPs has overstretched the resources of the host communities which have welcomed them, and as a result humanitarian needs have increased substantially. According to OCHA - HNO, in 2020, 6.2 million people are in need of humanitarian assistance today in Cameroon. The highest needs are in the areas of protection, food security, and malnutrition, as well as water and sanitation (WASH), shelter, livelihoods, health, and education. More than half of the people in need are women and children.

What we are doing in Cameroon

In the East, Adamawa, and North regions, the LWF has been helping Central African refugees and members of the vulnerable host community since October 2014 through the following activity sectors:

In the Extreme North region, LWF is assisting IDPs and Nigerian refugees since October 2016 with:

The majority of these activities have been implemented directly by LWF World Service and in close collaboration with local LWF member churches, who have provided valuable logistical assistance and direct implementation. LWF has been training member church staff in provision of psychosocial support services.

Help us make a difference in the lives of people in need in Cameroon and other places throughout the world.

179k+
People
benefited from LWF support services in 2020
11,260
Households
provided with tools and agriculture seeds
54.1%
Families
in the camp use improved stoves or an alternative source of energy
49
Percent
of households surveyed are sel-sufficient or autonomous (of 12,658)