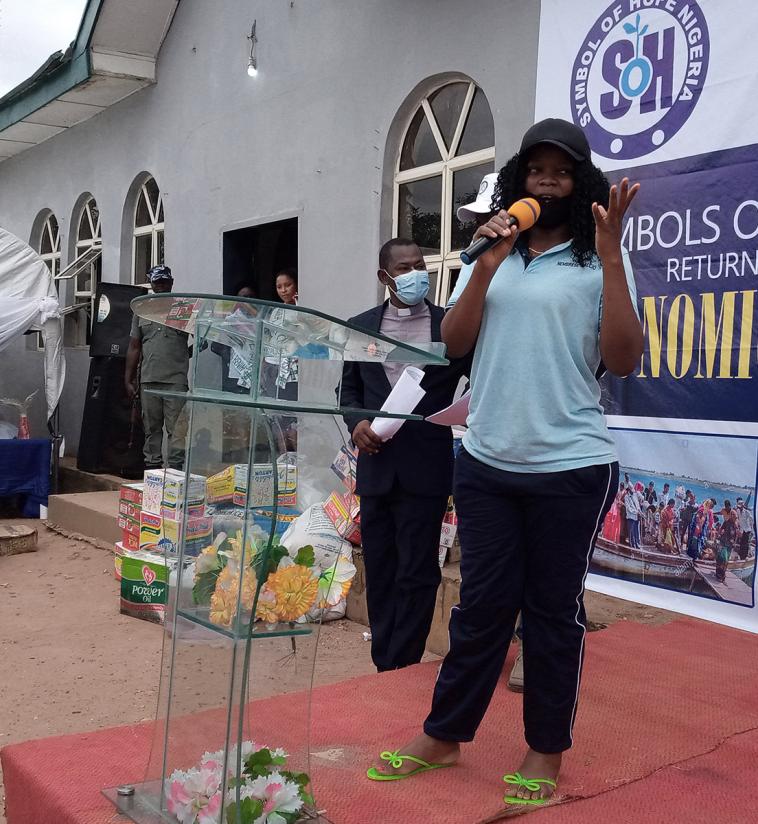 Migration has become one of the major challenges of today’s world. There are many different reasons why people migrate, and the experiences of people on the move vary greatly. There are those who are forced to leave their homes due to conflict, violence or human rights abuses in their home countries. Others are compelled to migrate because of poverty and a lack of perspectives for the future. COVID-19 slowed down migration during 2020 and 2021, but it did not put an end to the root causes of migration and displacement. On the contrary: The pandemic and resulting crisis have deepened global inequalities and poverty rates in developing countries.

For those affected by poverty, migration appears to present a possible way out. Young people are the ones who attempt to migrate most often. In many contexts they do so through irregular channels, without being aware of the risks and dangers along the way. During their journey they are particularly vulnerable for human trafficking, labor or sexual exploitation, and face a high risk for mental health disorders like post-traumatic stress and depression. Many lose their lives on the way or go missing. Others return to their home countries traumatized, where they oftentimes face further stigmatization by their families and home communities in whose eyes they have “failed”.

Churches’ role in responding to migration

While many actors are already working on the topic of migration, churches can add distinct assets to the work surrounding migration: They are able to relate to people’s faith convictions, which play a major role in both decision making and coping with trauma. Their broad outreach and local connectedness through congregational structures enables them to raise awareness on risks surrounding irregular migration in areas with limited access for international organizations or government authorities. In contexts of politicized narratives around migrants and refugees, churches can build upon their moral authority and credibility to speak up for justice and for welcoming the stranger.

In the context of the ‘Symbols of Hope initiative’ the Lutheran World Federation supports member churches in African countries of origin in their work surrounding migration. Implementation of ‘Symbols of Hope’ started in mid-2017 in Ethiopia and Nigeria. Zimbabwe was brought on board as additional target country in 2020. LWF aims at empowering the member churches in those countries to:

The LWF assumes a role of networking, facilitation of joint learning and exchange, resource mobilization and strengthening capacities of implementing churches.

In Ethiopia ‘Symbols of Hope’ is implemented by The Ethiopian Evangelical Church Mekane Yesus Development and Social Services Commission (EECMY-DASSC). The EECMY is one of the major Christian national churches in Ethiopia and with over 10 million members plays an important role in Ethiopian society since its official establishment in 1959. Through its development agency DASSC the church has been strongly engaged in development and social services in the country.

In Nigeria it is The Lutheran Church of Christ in Nigeria (LCCN) that implements the initiative locally. The LCCN was established as independent church in the religiously diverse Nigeria in 1913. With over 2.5 million members and more than 1,000 local congregations it has a nationwide outreach. The diaconal work of the church is embedded in its overall structure and is focused on provision of health services, education, and the work surrounding migration and human trafficking.

In Zimbabwe the work is carried out by the Lutheran Development Services (LDS), the development arm of the Evangelical Lutheran Church in Zimbabwe. Registered in the country as a local non-governmental organization, the LDS seeks to empower marginalized communities in Zimbabwe through Christian-based, participatory, gender sensitive relief and development interventions to enable people to take direct control of their livelihoods.