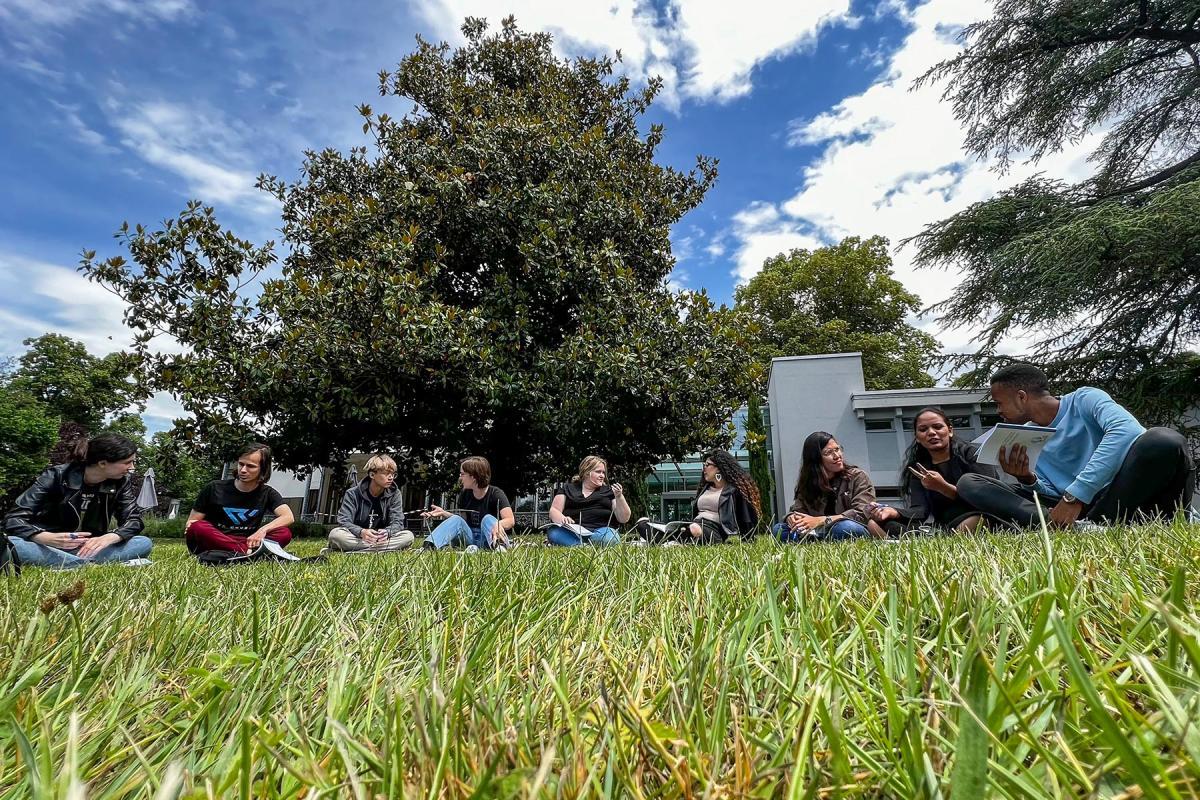 (LWI) - ‘Peace is Possible’ is the theme for the 2022 Geneva Peace Week, which took place from 31 October to 4 November with the goal of bringing together diplomats, policymakers, researchers and grassroots peace activists to share valuable insights and experiences. For this year’s event, the Lutheran World Federation (LWF) partnered with the Nairobi-based Faith to Action Network to produce two video interviews showcasing the work of young peacemakers who are building bridges across different faith communities in Uganda, Kenya, India and Indonesia.

In the African context, Ms. Farida Abdulbasit, program coordinator with the Kenya Muslim Youth Alliance, speaks about the conflicts in her country, most of which stem from "misinformation, misconceptions and interreligious violence.” Working with marginalized young Muslims, who are often targeted indiscriminately by security forces in the name of tackling terrorism, her organization has been able to promote better interfaith relations and counter extremist narratives, while also reducing the radicalization of young people.

Listen to the community and guide them to find local solutions to their local problems.

“For a long time in the African tradition,” Abdulbasit says, “young people were not given a voice to share some of the issues that they were going through.” As a young faith actor and especially as a young woman, she notes, working to change these traditional and religious convictions can be very challenging. “Before tackling any community issues,” she adds, “you have to find an entry point, to map the stakeholders and like-minded institutions.” Rather than imposing solutions, she insists, it is vital to listen to the community “and guide them to find local solutions to their local problems.”

In neighboring Uganda, Rev. Atuhaire Moses works with a network of faith-based organizations in the west of the country, advocating for the integration of refugees into the country’s National Development Plan. Much of his work involves the protection of sexual minorities in a context where same-sex relationships continue to be criminalized and LGBT people are regularly forced to flee from discrimination and violence, he says.

Rev. Moses’ says his organization has been targeted by security forces and members of the network imprisoned. “We work closely with religious leaders,” he says, “so that they know exactly what is taking place.” He also uses social media to try and spread the human rights message that “no matter where you are coming from, your region, your tribe, your sexual orientation, we are all one.”

Speaking from an Asian perspective, Rev. Samuel John Addaikalanathan of the Tamil Evangelical Lutheran Church in India and Ms Neneng Yk Lahpan, a lecturer and activist for the promotion of moderate Islam in Indonesia, share their experiences of working to build peace between different faith communities.  In West Java province of Indonesia, Lahpan has been working closely with young Muslim women preachers, developing a study guide on solidarity and religious tolerance.

The publication explores religious texts on tolerance and teachings of the Prophet Mohammad on relations with people from other religions. It also offers a reinterpretation of Islamic texts on women, seeking “to increase women’s capacity and voices as agents of peace building and conflict mediation” in Indonesia, Lahpan says.

In India, Addaikalanathan, who serves as assistant secretary of his church’s youth department, focuses his work on awareness raising and confidence building for interreligious dialogue among young people in his region. He notes the way politicians in his country often exploit religious differences, compounding the problem of widespread ignorance about minority faith traditions.

I hope that more young people will be inspired to take up leadership positions for this vital peacebuilding work.

Pointing out that churches and mosques often come under threat of violence, he insists that ordinary people suffer the most from these interreligious tensions. In order to combat prejudices and religious stereotyping, his Peace Project in Madurai, in the south Indian state of Tamil Nadu, has brought together Hindu, Muslim and Christian leaders to celebrate local religious festivals.

Both online conversations, titled ‘Shaping the Future, Living as Neighbors’, include reflections by Rev. Dr. Sivin Kit, LWF’s Program Executive for Public Theology and Interreligious Relations, and Mr. Hezron Masitsa, who leads the peacebuilding work of the Faith to Action Network. Rev. Kit concludes with the hope that “more young people will be inspired to take up leadership positions” for this vital peacebuilding work.