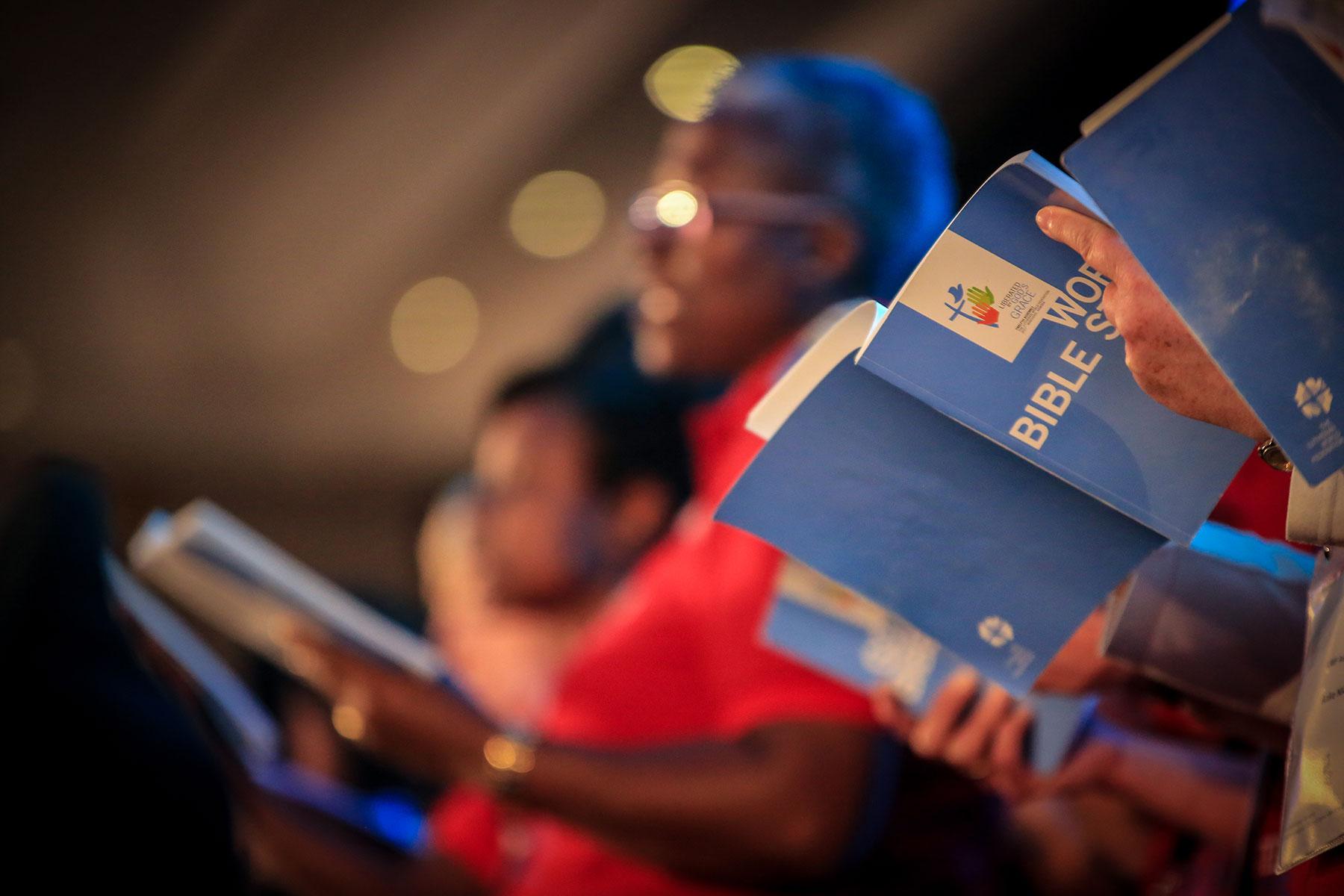 Worship and prayer are integral aspects of LWF assemblies. A Bible study session at the 2017 Assembly in Windhoek, Namibia. Photo: LWF/Johanan Celine Valeriano

(LWI) – An International Worship Planning Committee (IWPC) has been appointed to lead preparations for daily worship and prayer life at the Thirteenth Assembly of The Lutheran World Federation (LWF).

The LWF Council approved the committee’s mandate and its members during the governing body’s online meeting,18-23 June. The IWPC recommendation was part of the Assembly Planning Committee (APC) report, presented by the chairperson, Presiding Bishop Dr Tamás Fabiny, Evangelical Lutheran Church in Hungary.

The next LWF assembly will take place, 13-19 September 2023 in Krakow, Poland, under the theme “One Body, One Spirit, One Hope,” and it will be hosted by the Evangelical Church of the Augsburg Confession in Poland. The IWPC mandate includes developing content and methodology for Bible studies that build a meaningful connection between the spiritual and community life at the assembly.

“The liturgical expression of worship at the Assembly can deepen an understanding of the Assembly theme and its unity and at the same time reflect the LWF’s confessional identity,” Fabiny noted.

The liturgical expression of worship at the Assembly can deepen an understanding of the Assembly theme and its unity, and at the same time reflect the LWF’s confessional identity.

In his report, Fabiny recalled the three dimensions of the assembly: celebrating the communion’s common faith across contexts and cultures; joint reflection and discernment for mutual enrichment; and constitutional mandate for joint decision making. The gathering of the highest decision-making body of the LWF, will also help the member churches understand and learn from the life and context of churches witnessing in minority situations.

Members of the IWPC represent all the seven LWF regions and the host church, and comply with the LWF quota requirement of 40 percent male or female and 20 percent youth. They are lay or ordained experts in the fields of worship, music and liturgy in their home countries and internationally.

In his report, the APC chairperson noted the Local Assembly Planning Committee has also been constituted and convened, under its chairperson Ms Anna Wrzesinska.

Assembly preparations include regional gatherings to ensure that churches can actively take part in LWF’s highest decision-making body. The pre-assemblies will take place in the respective regions in 2023. The youth and women’s pre-assemblies will convene in Poland prior to the Assembly.

Updates were also provided on the assembly visual identity, and production of worship and other resources.

The Evangelical Church of the Augsburg Confession in Poland will host the Thirteenth Assembly of the LWF, which will be held from 13 to 19 September 2023 in the city of Krakow. The Polish church is one of the founding members churches of the LWF in 1947. Its 60,000 members are organized in 150 congregations served by 150 pastors throughout the country. The head of the church is Presiding Bishop Jerzy Samiec.

“One Body, One Spirit, One Hope” is the theme of LWF Thirteenth Assembly
news