A World of Neighbours offers vision of welcoming society 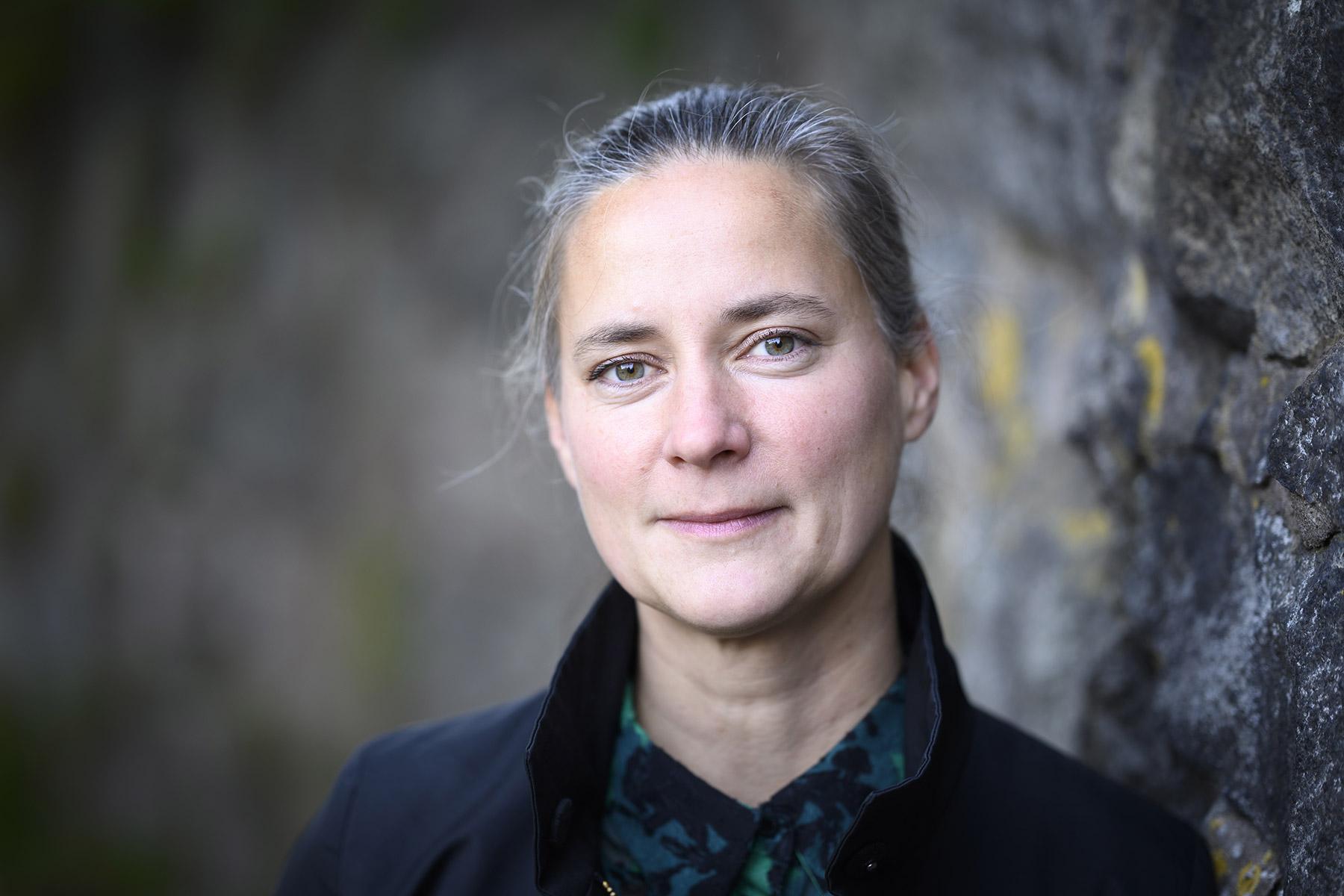 (LWI) - ‘Keeping our humanity’ is the theme of an online interfaith summit taking place from 20 to 24 February, organized by the European interreligious network ‘A World of Neighbours’ (AWoN). Initiated by Church of Sweden Archbishop Antje Jackelén, the network seeks to strengthen relations between faith-based actors working with and for migrants, refugees and other people on the move.

As program director for ‘A World of Neighbours’, Anna Hjälm is responsible for coordinating the summit, which features a packed schedule of prayers and workshops, lectures and seminars, films, music and an interfaith youth hangout. Speakers include religious and civic leaders, politicians, lawyers, entrepreneurs, journalists, grassroots activists, alongside many migrants and refugees sharing their own expertise and personal experiences.

Hjälm is inspired and energized in her work by the dedication and commitment of network members: “They may not be in the news, but they are changing the world where they stand, every single day, helping us to remain a welcoming society,” she says. The summit, she continues, “will showcase the work that is going on in different countries, from supporting those caught in the crisis on the Polish-Belorussian border, to the Wave of Hope educational initiative run by refugees on the Greek island of Lesbos.”

Interreligious is the new normal

The Lutheran World Federation (LWF) Program Executive for Public Theology and Interreligious Relations, Rev. Dr Sivin Kit, is among those taking part in the summit. He will be moderating a discussion on the shrinking spaces for religion in society with Archbishop Jackelén, the Executive Director of the World Jewish Congress Claudio Epelman and Emin Poljarevic, senior lecturer in Islamic theology and philosophy at Uppsala University. Kit describes the summit as “the climax of an exceptional initiative amplifying the contribution of practitioners showing concrete ways how Europe can be an inclusive and welcoming society.” 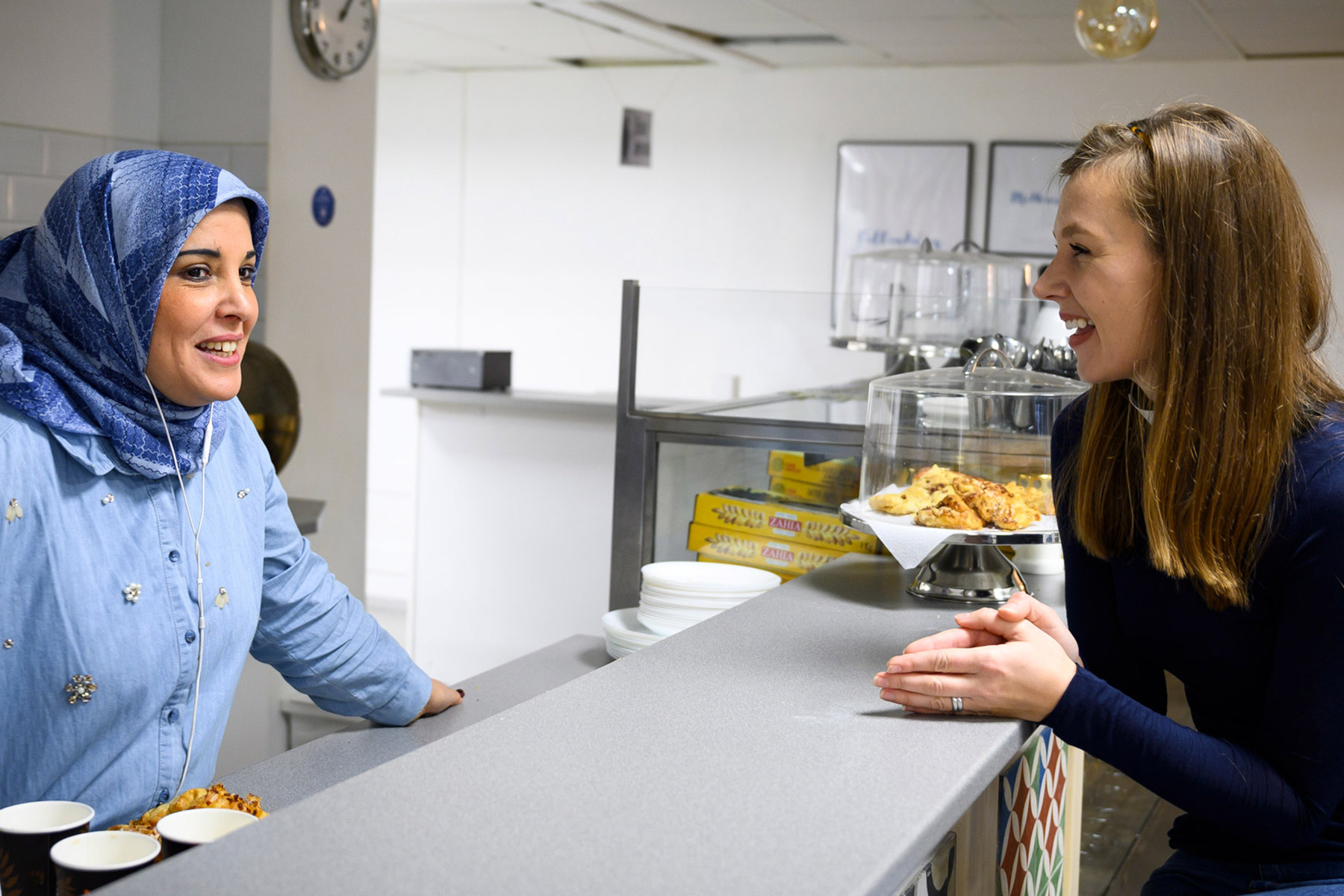 Two women at "Café Nyfiket" (Café Curiosity), a collaborative project between the Church of Sweden and other local civil society actors in the town of Skövde, Sweden. Photo: Magnus Aronson

The network grew out of the 2015 migration crisis, when an estimated 1.3 million people, mainly from Syria but also Afghanis, Pakistanis, Iraqis, Nigerians and Eritreans, came seeking asylum on European shores - the largest number in a single year since the Second World War. Research, carried out by the Church of Sweden found that 80 percent of all parishes across the country were involved in some form of short or longer-term support and welcoming activities for asylum seekers.

“Most of those migrants were not Christian,” Hjälm notes, “and very few, if any, were Lutherans, so, in the space of a few years, interreligious encounters spread across the country in a way we had not seen before.” What started out as “diaconal work by the churches to welcome the stranger,” she explains, quickly evolved into a way of shared living where “interreligious is the new normal.” Observing the wealth of knowledge and resources being developed at local level, Archbishop Jackelén, in 2018, set up the network as a way of reaching out and connecting these interfaith practitioners in Sweden and beyond.

Hjälm and a former close advisor to the archbishop, Presbyterian pastor Dirk Ficca from Chicago who died last December, travelled to eleven countries, meeting with 150 practitioners of different faiths and different professions. In each place, Hjälm recalls, they discovered people “committed to mutually transformative encounters with refugees and migrants, people who were offering practical solutions to the challenges of our times.” The network works “from the bottom up,” she says, engaging those who have “one foot in the grass roots realities of the lives of people on the move and the other in a wider local context, where they can help to influence decision makers and shape refugee policies.”

There have been many challenges over the past five years, not least the outbreak of COVID-19 which erupted in Sweden just two weeks after a major international meeting of the network in Malmö in February 2020. All planned activities were put on hold as members tried to find ways of supporting migrants and their families, who were often among those worst affected by the pandemic. Another international encounter scheduled for last December in Amsterdam was cancelled as cases of the Omicron variant reached a new peak.

Encountering someone of a different faith can change your mindset and make you see that the dividing lines between ‘we and them’ are not where you think they are.

Other challenges, Hjälm notes, have come from “the growth in Sweden and other European countries of right-wing parties” that have influenced people in the pews as well. Opposition to the work of welcoming the stranger, Hjälm believes, is driven by worries over a lack of economic and human resources within host communities, as well as fears of extremists among the new arrivals. “I try to listen to these fears, but also try to confront them, including from a Christian perspective,” she says. “We shouldn’t be naïve about the fact that there will be instances of broken trust. But one of the goals is to help people understand that when you meet someone of a different faith, that encounter can change your mindset and make you see that the dividing lines between ‘we and them’ are not where you think they are.” 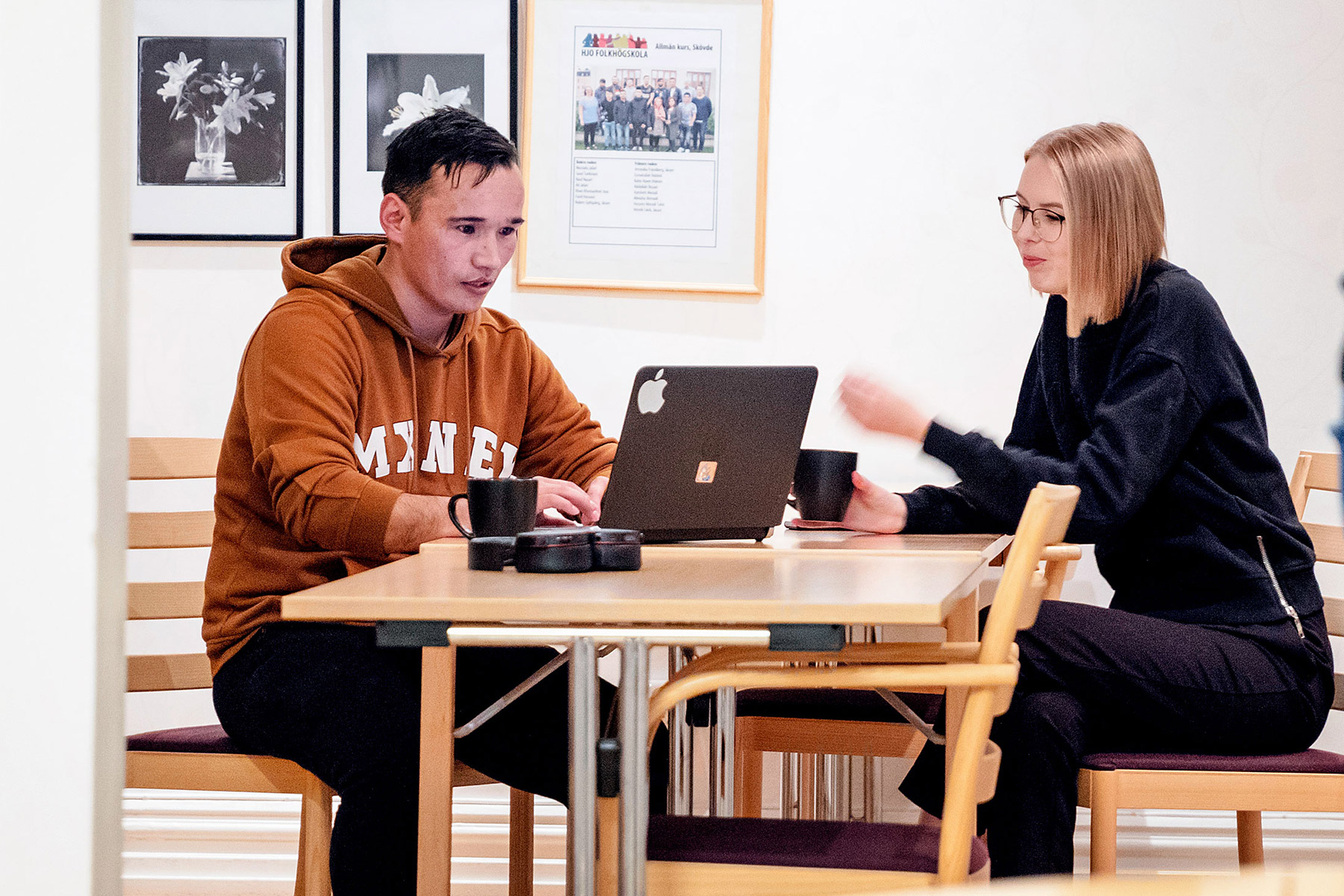 Hjälm, originally a researcher in social and economic geography, spent three years with the World Council of Churches in Jerusalem, before returning to Uppsala to work on interreligious issues at the Church of Sweden’s international department. She will return to Jerusalem in August to head the Swedish Theological Institute there. With her departure and the retirement of Archbishop Jackelén in the autumn, the ‘A World of Neighbours’ network plans to move from a Church of Sweden initiative to shared ownership by the different stakeholders.

In the meantime, Hjälm is hoping that as broad an audience as possible will participate in the Week of Neighbours summit which opens on Sunday 20 February. Over the following days, on 21 and 23 February, LWF, with its partner Interdiac (International Academy of Diakonia and Social Action of Central and Eastern Europe) will be co-hosting two seminars on how Lutheran churches in Europe are applying new approaches to diaconal work in the midst of increasing diversity and growing inequality.

LWF’s Rev. Sivin Kit says: “The summit theme reminds us of the humanity of all who are seeking to be more than a refugee – they desire to call the new hosting country their home too!” “As we are inspired to respond with courage, let us get in touch with our own humanity alongside partners from different faiths and backgrounds. Together, faith actors and policymakers need renewed hope, as well as commitment for sustainable ways forward.”

A World of Neighbours is part of the Steering Group of the “Welcoming the Stanger, Shaping the Future” International Conference that will take place on 20-21 June 2022 in Geneva, organized by the Lutheran World Federation, Islamic Relief Worldwide, and HIAS.