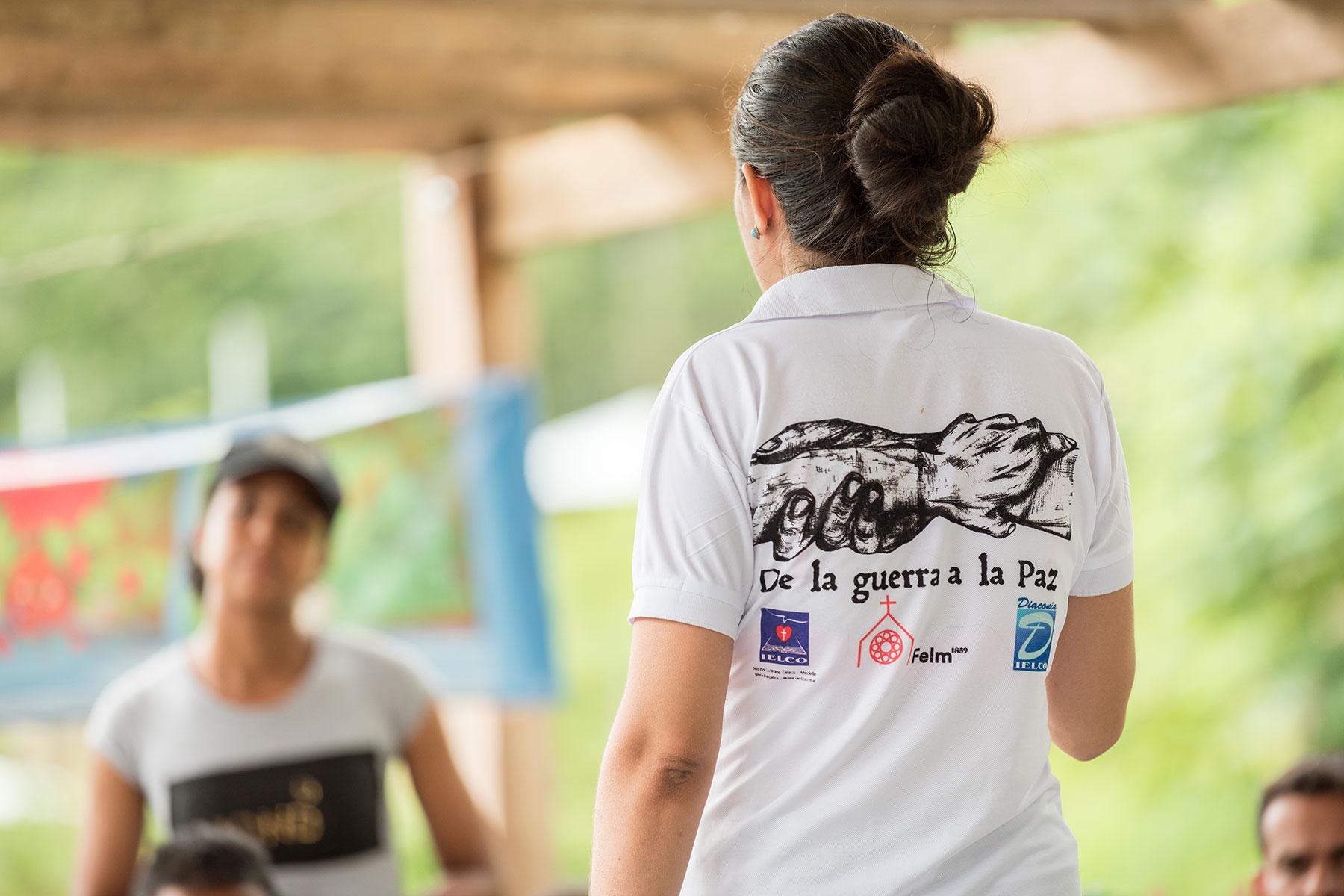 Through the project De la Guerra a la Paz (From War to Peace), the Evangelical Lutheran Church of Colombia accompanies three communities in the Antioquia region, supporting both ex-combatants and the communities they live alongside. Supporting more than 300 families, the project seeks to alleviate the risk of re-victimization or relapse into violent conflict. Photo: LWF/Albin Hillert

CSW65: Lutherans join other religious actors to focus on including women of faith in peacebuilding processes

(LWI) - Research has repeatedly shown that conflict resolution and peace processes that involve women are much more likely to succeed. Yet despite this, women still make up a very small minority of negotiators, mediators and peace agreement signatories. What can people of faith do to challenge this injustice and to include the vital voices of women in peacebuilding at both grassroots and global level?

That was the question posed by Mr Isaiah Toroitich, Head of Global Advocacy for the Lutheran World Federation (LWF), at the start of an event bringing together women peacemakers from different religious traditions and faith-based organizations. The 23 March online event, organized by the LWF in partnership with the World Council of Churches and the Religions for Peace movement, took place as part of the 65th session of the United Nations Commission on the Status of Women.

Responding to the question, Ms Azza Karam, Secretary General of Religions for Peace, noted that two decades on from the UN Security Council resolution 1325 on Women, Peace and Security, such decrees are “necessary but insufficient” to guarantee women’s inclusion at the decision-making tables. “Women of faith can and do make a difference,” she said, but the key question is about “intersectionality” and how to include women “who can speak for the interests of all.”

Responding to her keynote presentation, Dr Nayla Tabbara from Lebanon and Dr Sehin Teferra from Ethiopia spoke of their practical experiences of peacemaking in conflict situations. Tabbara, a Muslim theologian and professor who heads the Adyan Foundation for pluralism and inclusive citizenship, spoke of her work to bring Lebanese men and women of different faiths together “to listen and to recognize the hurt of each other.” Only by re-reading memories of the past in such a shared space, she said, can Christians and Muslims in her country “build a future around a common vision.”

Teferra, who co-founded the Setaweet feminist network in Ethiopia, said “conflicts are spreading by the day and rape is rampant” as a weapon of war in her country. As a women’s movement, she insisted, “we can bear witness to the way women are used as pawns in a war they didn’t start.” As a member of the Destiny Ethiopia initiative seeking to promote democracy and reconciliation, she said her role is to advocate for women of all ethnic and religious groups. “All wars are played out on women’s bodies,” she stressed, and their rights are forgotten as parties in conflict struggle to promote particular religious or ethnic identities.

Both Lebanon and Ethiopia are deeply religious societies, the two speakers said, so it is vital to recognize that “we are talking about communities of faith inflicting violence on each other.” Focused on religious identity, rather than spiritual values, each side is trapped in a cycle of “constant victimization,” and retaliation, they added. Amidst "a hardening of these ethnic and religious identities,” Sehin continued, “there is no gendered analysis of the conflict.” While there are women pastors in some of the minority Protestant churches, most women have no voice “even within their religious institutions,” she said. 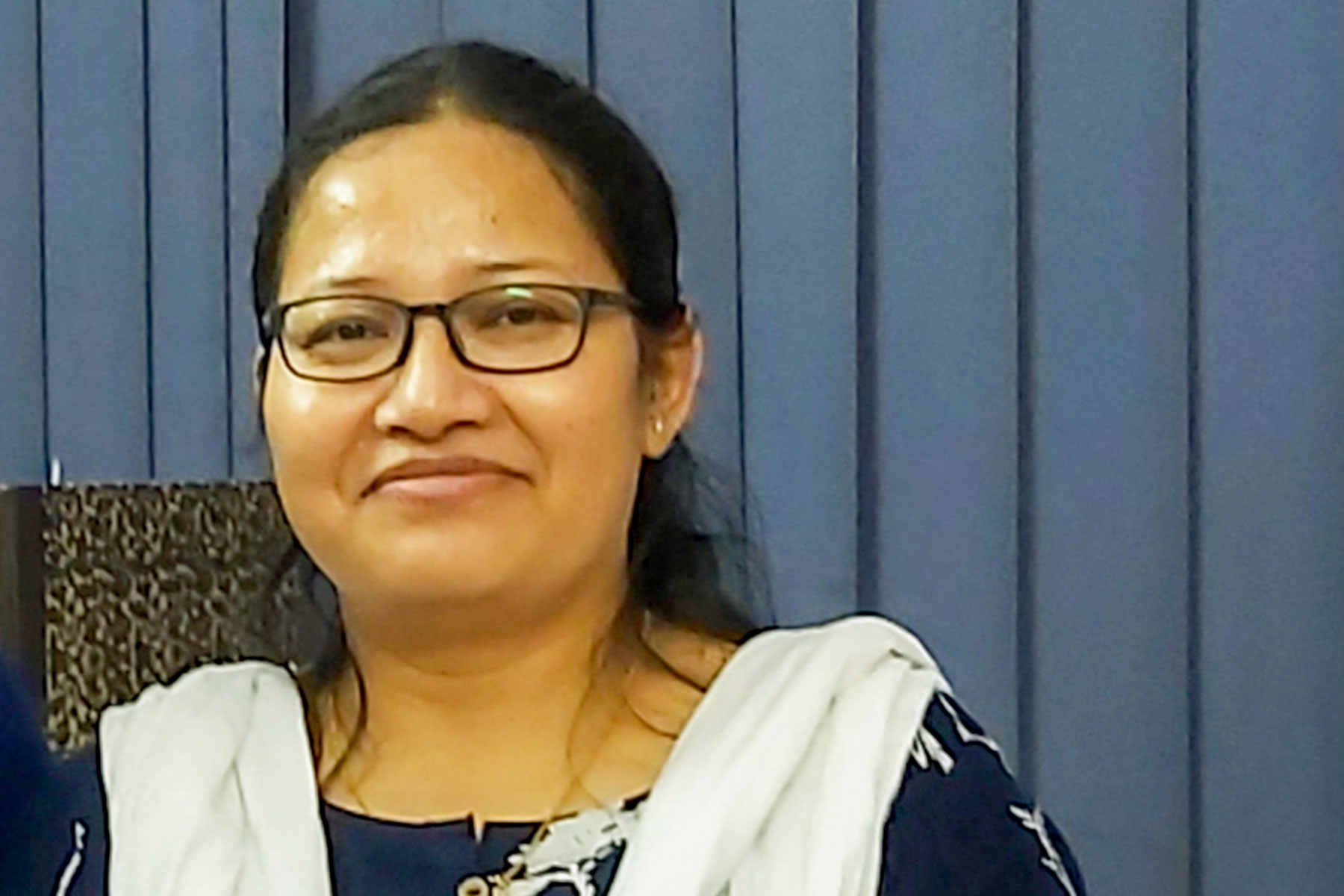 Speaking of her work as the Women's Desk Secretary of the United Evangelical Lutheran Churches in India, Ms Ranjita Borgoary said it is essential for faith leaders to be “strong actors in the peace building process.” Churches can provide “safe spaces for women to express their concerns,” she said, while leaders must use the pulpit to “challenge the patriarchal mindset that views women only as victims,” rather than as protagonists of peace and security.

Faith leaders must “use the pulpit to challenge the patriarchal mindset that views women only as victims,” rather than as “protagonists of peace and security.”

Borgoary, an LWF Council member, noted that women can be found “taking care of the church” in many remote tribal areas where men rarely travel. Yet they are still “deprived of opportunities,” she noted, even though most of the Lutheran churches in India allow women’s ordination to the priesthood. She underlined the importance of the LWF’s Gender Justice Policy, adapting it to the local context and implementing its vision of “women and men created equal in the image of God.” As more women come forward for theological training, Borgoary said, “resistance is growing” so it is vital that church leaders act as gender justice models for others.

Ms Mira Neaimeh, Regional Executive for the World Student Christian Federation highlighted the importance of bringing change at the grassroots through education in schools for boys and girls. Ms Amanda Khozi Mukwashi, Chief Executive of Christian Aid, stressed the need to tackle root causes of conflict, such as poverty and injustice, while calling for “an end to the present cycle of militarization” and arms sales. Faith leaders, she said, “are uniquely placed to hold others accountable” but only if they face up to their own “double standards” and recognize how Scripture has been used to justify racism and oppression. Women “need to lock arms” and support each other, she said, in order to provide fresh perspectives and become prophetic voices for change.