We must address root causes of the refugee crisis 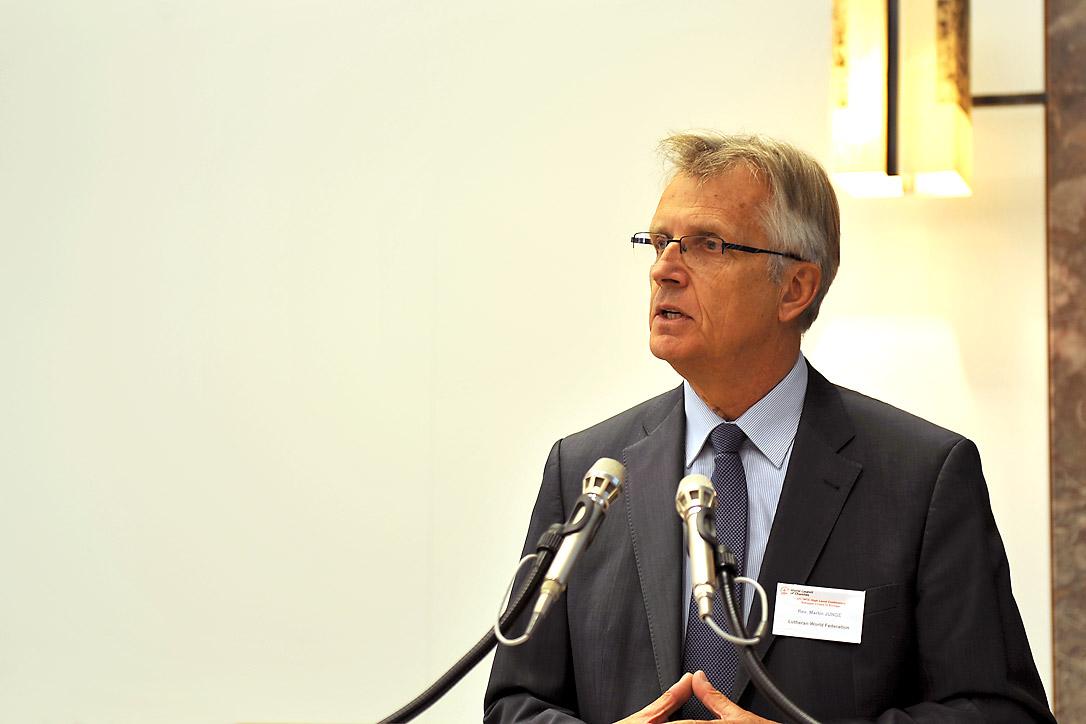 Speaking to representatives of governments, United Nations agencies, church and other faith groups and civil society organizations at Geneva's Ecumenical Center, Junge said establishing a binding law for asylum in Europe “won’t address the root-causes of migration.” The increasing asymmetries of larger issues including economic, climate and gender injustices compel people to move because “they want to live,” he stressed at the 18-19 January conference.

The World Council of Churches (WCC) organized the event in cooperation with the UN Children's Fund, UNICEF; its Population Fund, UNFPA; and the High Commissioner for Refugees (UNHCR). The aim is to secure commitments to strengthen coordinated responses to the refugee crisis in Europe, including the implementation of migration and integration policies, and the establishment of adequate mechanisms for orderly and safe refugee movements across the continent.

The need to protect the vulnerable

Junge recalled that the plight of 40 million refugees in Europe after the Second World War was one of the factors that led to the founding of the LWF in 1947. “The call to protect the vulnerable is part of our deepest faith convictions,” he said, referring to LWF’s ongoing work. In 2015 the LWF supported 1.7 million refugees and 700,000 internally displaced people across the world.

In his address, he noted that the current refugee crisis in Europe is not the first major one for the international community, which managed with limited resources to care for the 40 million displaced after the war. “If the international community two generations ago, with much less resources and wealth available compared to what is available today managed to contain the refugee crisis then, how come that today all seems to be so difficult, if not impossible?” he asked. He argued that what is currently at stake are the shared values of accountability, interdependence and solidarity of the one human family in the world.

The general secretary stressed the need to enhance collaboration between FBOs and UN agencies, such as the UNHCR initiative in 2012 to work with other faith actors caring for refugees. One of the outcomes of that initiative is the cooperation between the LWF and Islamic Relief Worldwide in supporting refugee communities in Syria and people displaced in the 2015 earthquake in Nepal.

“It makes a difference to people on the ground to see a Christian and an Islamic organization pooling together their resources and capacities for their sake. It speaks to them, as they read the conflicts and contexts in which they live so much along religious fault lines, to see that in our joint action we seem to be countering that fragmentation,” he said.

Response to the refugee crisis today occurs in a context marked by religious fundamentalism, radicalism and extremism across religious denominations. “We have a responsibility to claim the religious space, through words and action, to show a robust, steadfast moderation, thereby also helping to inform the public opinion in view of what religion is all about,” Junge added.