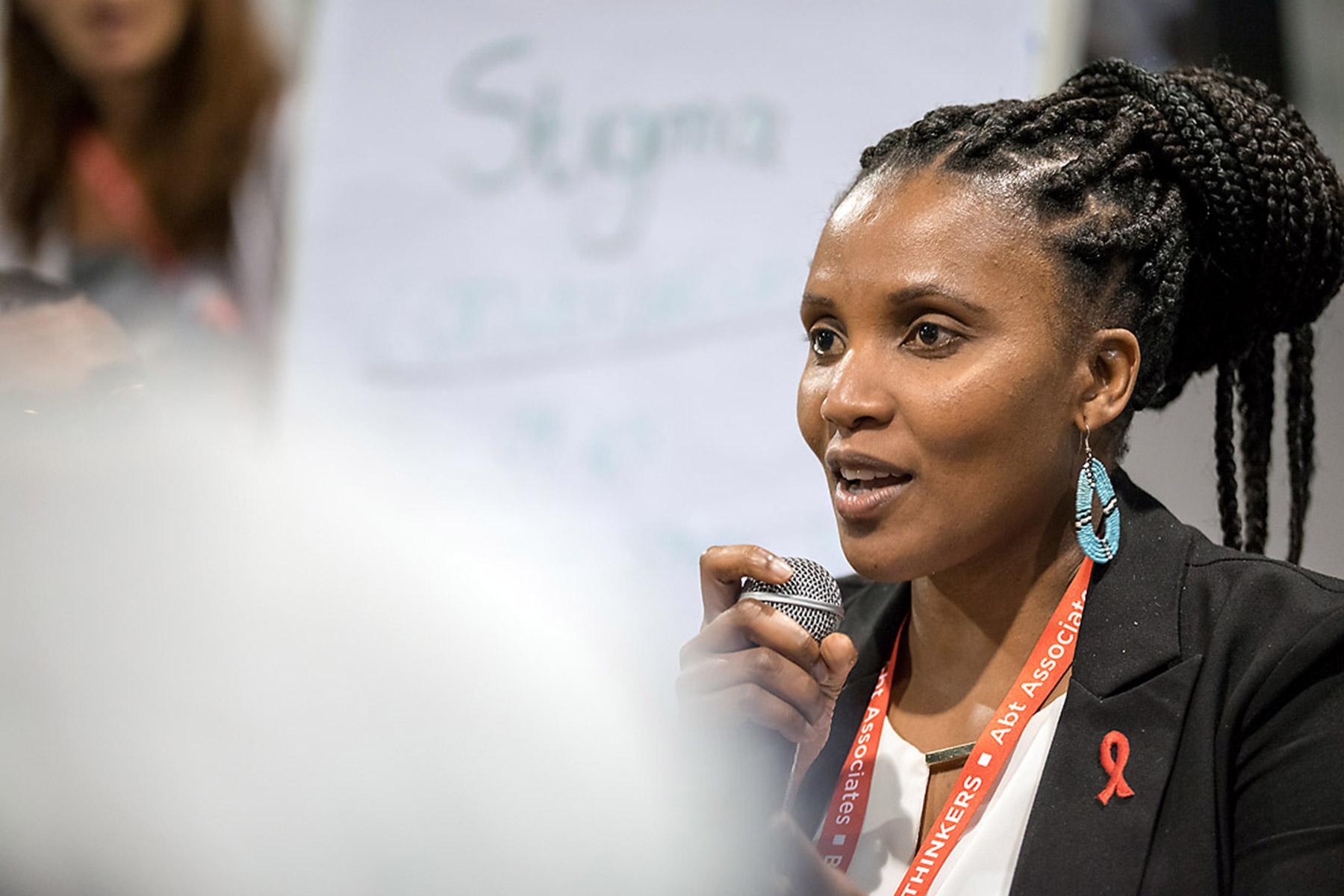 Ms Christine Mangale of the Lutheran Office for World Community in New York, speaking at a session of the CSW61 Photo: LWF/A.Hillert

(LWI) - A month on from the 65th session of the UN’s Commission on the Status of Women (CSW), the work has only just begun for Lutheran delegates back in their home countries, who are tasked with monitoring, implementing and holding their governments to account.

“We never finish the work of the CSW,” says Ms Christine Mangale, program director for the Lutheran Office for World Community in New York. “The focus now is national level monitoring and engaging with governments by continuing to knock on their doors. As long as we keep asking questions, they know we are following up, but otherwise the work just gets swept under the rug.”

At the end of the 15-26 March online meeting, governments signed up to the Agreed Conclusions, the main CSW outcome document, based on the theme for this year’s session: women's full and effective participation and decision-making in public life. The concluding document contains recommendations for concrete measures to achieve that goal, from changing discriminatory laws and policies to protecting human rights defenders and increasing young women’s access to education, technology and skills development through mentoring and financial support.

But the negotiations were hard fought, with a few countries seeking to roll back on language around women’s rights that had already been agreed upon in previous international arenas. “This year we hoped that COVID-19 had served to expose the inequalities and intersecting forms of discrimination, but the same battles were still there,” says Mangale, who coordinates the Lutheran World Federation (LWF) delegations to the annual CSW sessions.

“Some delegations tried to block mention of women human rights defenders, seeing such language as interference in internal affairs or claiming that it is not an issue in their countries,” she notes. “Some even opposed language around women with disabilities or indigenous women and there were newer discussions about intimate partner violence in the context of the pandemic,” she continues. “Though there is plenty of evidence and empirical data to show that a lot of violence against women and girls is perpetrated by spouses, partners or family members,” she adds, “a few countries prefer to see this as a private rather than a public issue.”

One of the biggest challenges for LWF participants this year was the lack of in-person listening and talking with government delegates. “Usually we meet with them, we sit down and ask them to push for particular issues,” Mangale reflects. LWF seeks to “shape global policies that impact us at national and local level,” but “how do we make sure our voice is heard in this huge virtual gathering of more than 10.000 people?” she asks. Another problem for some LWF delegates was the cost of internet connections, meaning that online participation was limited.

We need to hold governments accountable, ask them what they are planning to do, how can the church partner with them? Otherwise, we are just producing good documents to gather dust in the archives.

On the plus side though, there was a significantly larger LWF delegation at CSW65 than in any previous year. Normally, around 30 delegates gather in New York but there were 70 participants attending online events this year. “We were able to bring a diverse group of women and a few men from different member churches which brought a richness of experience,” says Mangale. "Having our World Service Country Program colleagues also bringing in our humanitarian voice and work was very enriching,” she adds.

Born and raised in Kenya “in a family of very strong women,” Mangale has been living in New York since 2008. The Evangelical Lutheran Church in American provided financial support for her to complete a college education and she has been helping to shape the LWF’s gender justice work ever since. She is convinced that transformation takes place within local congregations, as much as at international level. “Women are the pillars of our congregations so this is where the work comes to life through storytelling and sharing of experiences,” she says. “Women can address leadership obstacles in their communities, they can engage local councilors, run for posts as village elders or members of parliament and feel part of the process for change.”

“The urgent task now is implementing the Agreed Conclusions at national level,” Mangale insists. “Our delegates need to hold governments accountable, ask them what they are planning to do, how can the church partner with them? Otherwise, we are just producing good documents to gather dust in the archives,” she concludes.

The 2022 session of the CSW is due to focus on the theme of achieving gender equality and empowerment of women and girls in the context of climate change.