Uniting faith and reason in the Czech Republic 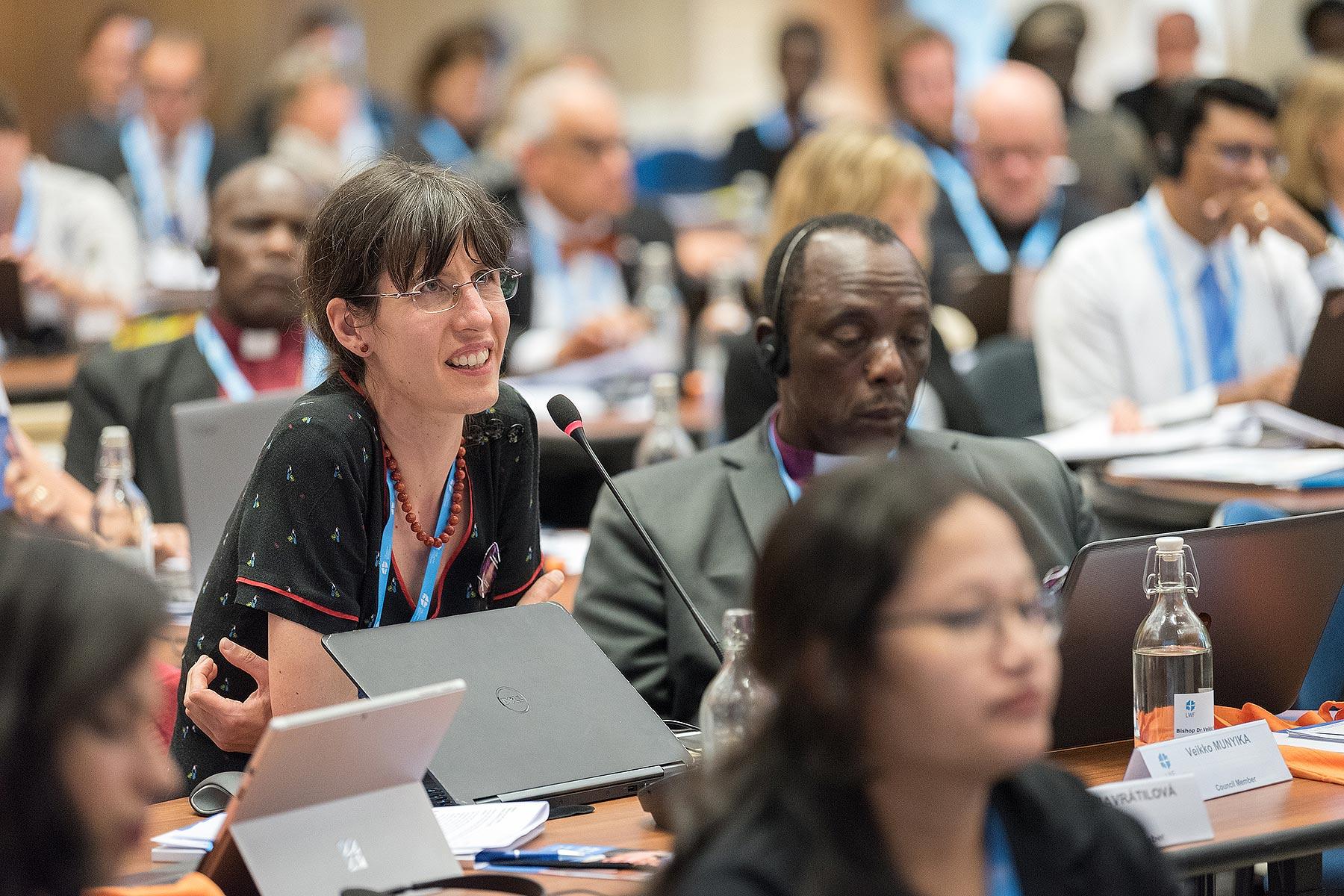 Voices from the Communion: Evangelical Church of Czech Brethren speaking out for hospitality and inclusion in a secular country

(LWI) - What role does religion play in the Czech Republic, one of the most secular countries of the world? How does the nation’s communist past continue to influence attitudes today? Why have church leaders recently been raising their voices to recall the Christian values of hospitality, solidarity and inclusion?

Olga Navrátilová is a member of the Evangelical Church of Czech Brethren (ECCB) and represents her church on Council of the Lutheran World Federation (LWF). She teaches philosophy at the Protestant theological faculty of Charles University in Prague. Olga looks back at the history of the church in her country and reflects on how it can continue to have a positive impact on society today.

Tell us briefly about the history of your church

The ECCB was founded in 1918, so last year we celebrated our first centenary, but its roots go back to the Hussite movement and its founder, Jan Hus, in the 15thcentury. There was no legal continuity of the church because, after our country came under Habsburg rule, as part of the Austrian empire, people were forced to become Catholic under the “Cuius regio, eius religio” rule enforced in 1627. Some people however, remained as so-called ‘secret Protestants’.

At end of the 18thcentury, the Act of Toleration brought some limited relaxation of the rule, meaning that these secret Protestants could decide whether to join the Lutheran or the Reformed church. Most Czech speaking people chose the Reformed church because it was what they knew best, while most German speaking citizens chose to become Lutheran. During the First World War, there was talk of reunification of all the Lutheran and Reformed Churches, but this only took place on a national basis, so Czech Lutherans and Reformed joined together into the ECCB.

A century on, what role does your church play in the Czech Republic today?

We are a minority church, and in fact, Christianity is a minority overall because most people don’t participate in any form of institutionalized religious life, but I think we can still make a difference. Over the last 30 years, there has been a big development of our diaconal work and that is an important contribution. Another thing, which is becoming more important at this time of increasing political populism, is to be firm in our views and to explain how Christian values are being exploited and misused.

How has the church been making its voice heard in this regard?

It is difficult because some leaders of other churches in the Czech Republic are not immune to the rhetoric of the new populist movements and are quite happy that Christianity is being talked about again. One thing we try to do is to remind ourselves and all our brothers and sisters what core Christian values mean in terms of solidarity, helping the oppressed, welcoming foreigners and so on.

We try to raise our voice in the media and our Synodal Council recently made a statement about these values in the context of the migration crisis. We don’t have many refugees, but there has been a big political campaign against migrants, misusing the idea of the threat they pose to a supposedly Christian Europe.

What reactions did that statement provoke?

There was not much reaction, but to me personally it was important because they were speaking on my behalf.

Why do you think there is such a high level of secularism in your country?

One problem was the communist propaganda that we were taught in schools. They said that Christianity isn’t compatible with science and modern thinking, that it exploits people, that it is something for the old and uneducated. During that time Christians had problems finding jobs or getting their children into schools, so people chose not to go to church. But the roots go deeper, to the time when we were part of Austro-Hungarian empire and the Catholic church was seen as supportive of the Austrian government, so people became estranged from the faith altogether.

What are you doing to try and change these attitudes?

We have discussions about this in church because some critics say we don’t evangelize enough, that we have a ghetto mentality and it’s partly true. One good thing is our diaconal work which shows the church in a good light. The other important aspect is the personal witness of church members in their places of employment or among friends, where people can see that Christians are not at all uneducated, stupid or manipulated.

Tell us about your personal journey of faith in this context?

I did not grow up in the church. I was brought up in an atheist, but educated family so I had to struggle myself with this prejudice against Christianity. But then I discovered how our history and philosophical traditions have been so richly influenced by Christianity, and how you can unite faith with reason.

When and why did you start to question the atheist mentality of your parents?

When I was 16, I spent a year as an exchange student at a school in Maine, in the U.S. where attitudes were quite different and I could see that Christianity was normal. That happened at an age when you start to think for yourself and ask questions. I began to read books about Christianity or novels and poetry containing  Christian themes and my attitude changed, so I came to baptism when I was almost 19 years old.

How did you family react?

It was a struggle, especially with my mum who was afraid she would lose me, that I was being manipulated. I think she somehow felt guilty that she didn’t give me enough love as a child and I was looking for it somewhere else, which wasn’t the case at all. I studied law and during that time I also started studying theology. When I finished my law degree, I had a part time job in the church and continued with my doctoral studies at the theological faculty. Then I worked for 9 years altogether as a lawyer in the church, helping with legal affairs and giving advice to congregations. But my family’s attitude changed and they were very supportive in the end, including when I decided to pursue an academic career in the theological faculty

Did you encounter any difficulties as a woman in your career?

The level of emancipation is quite good in our country and women have had the vote since 1918. The communists were also supportive of women, but only in certain ways, so women had to have full time jobs and then had to do everything at home as well. Those traditional roles are changing now but unfortunately very slowly, and there is also a great suspicion of feminist ideas in our society.

And in the church?

We have had women’s ordination since 1954. One quarter of pastors are women and we have both male and female students of theology, but there are almost no ordained female leaders. It’s hard to say why, perhaps because we are still taught not to put ourselves forward as this is seen as being selfish and because most women still play a traditional role at home so don’t have much spare time.

Can the LWF help to support women in leadership, do you think?

The problem is that women don’t seem to care much, but I think it’s important to talk about it and after each LWF meeting I mention this topic in the report I write for our Synodal Council. I don’t think we should introduce quotas in our church, although I can see the importance of them. But I try to keep raising up the issue and show why it is important to encourage women to take an interest in these things.