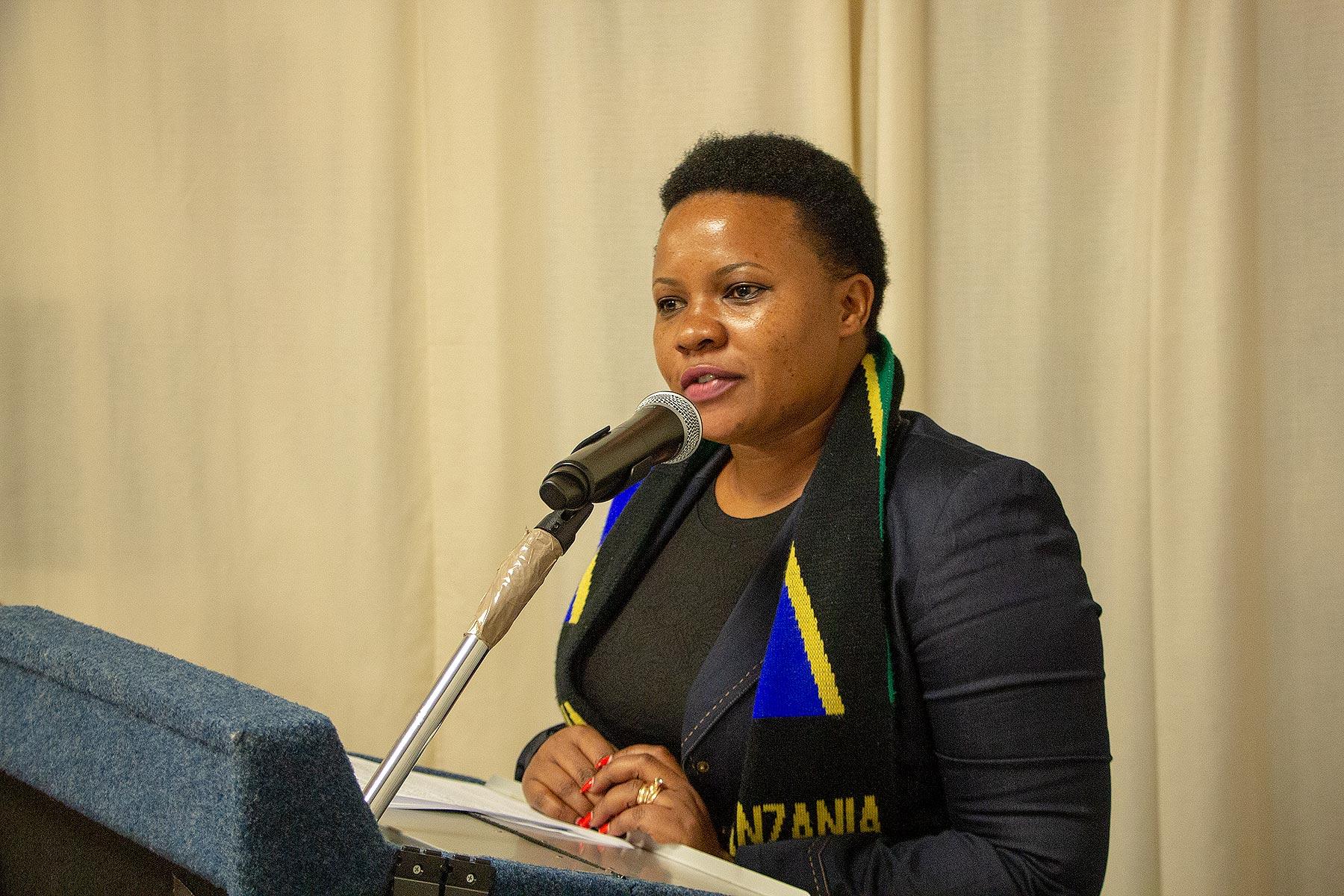 (LWI) - Ecumenical development experts from around the world, meeting at the United Nations in New York, have been showcasing their work in breaking taboos in Tanzania, advocating for peace in Colombia and enhancing food security for hungry children in the United States.

At a side event on 12 March, organized during the 63rd session of the UN’s Commission on the Status of Women, participants gave an overview of the LWF’s “Waking the Giant” initiative, which aims to connect member churches to the 2030 UN Agenda for Sustainable Development.

In particular, they announced the upcoming launch of an “SDG Toolbox” for churches and related organizations, to connect their ongoing work to specific SDGs, targets and indicators. This resource is due to be launched in June and will be available on the LWF/Waking the Giant website.

National coordinators from the four current target countries of the initiative gave insights into the successes they have achieved in their different national contexts. Focusing on SDG 5 about Gender Equality, Faustina Nillan, national director for women and children in the Evangelical Lutheran Church in Tanzania (ELCT) gave the example of a campaign on menstrual hygiene and management, in which faith-based organizations participated through “Waking the Giant”. She said “menstruation has been a taboo topic in the Tanzanian society, particularly among men and related issues for women were not well understood. Our campaign broke that taboo. Only two weeks after, the Tanzanian government abolished the VAT on sanitary towels.”

Bishop Eduardo Martinez, former president of the Evangelical Lutheran Church of Colombia (IELCO) shared the way “Waking the Giant” has partnered with the regional government in the Department of Valle del Cauca to train 180 faith-based leaders on advocacy ahead of upcoming local elections. Last November, IELCO hosted a workshop on the SDGs to launch the initiative in Colombia, with the goal of bringing churches together to advocate for peace and reconciliation in the country.

Rev. St John York from Liberia explained how the initiative motivates churches in his country to create new partnerships with the UN to achieve the SDG targets. During the launch of “Waking the Giant” in the West African nation last autumn, the Liberian government commended faith-based organizations for their critical role in providing education and enhancing peace building in the country.

We are also focusing on SDG 2: Zero Hunger since 1 in 12 people in the United States don’t know where their next meal will come from.

Mikka McCracken, National Coordinator of “Waking the Giant” in the United States, represented the only target country from the global North involved in the initiative. She explained: “The Evangelical Lutheran Church in America (ELCA) is participating in “Waking the Giant” to learn with and from other churches and countries. In addition to the initiative’s five target SGDs, we are also focusing on SDG 2: Zero Hunger since 1 in 12 people in the United States don’t know where their next meal will come from at some point during the year, including over 12 million children”.

‘Waking the Giant’ is a global ecumenical initiative of the Lutheran World Federation. It aims to build the capacity of churches to contribute effectively to the 2030 UN Agenda for Sustainable Development.