“The most vulnerable stayed behind” 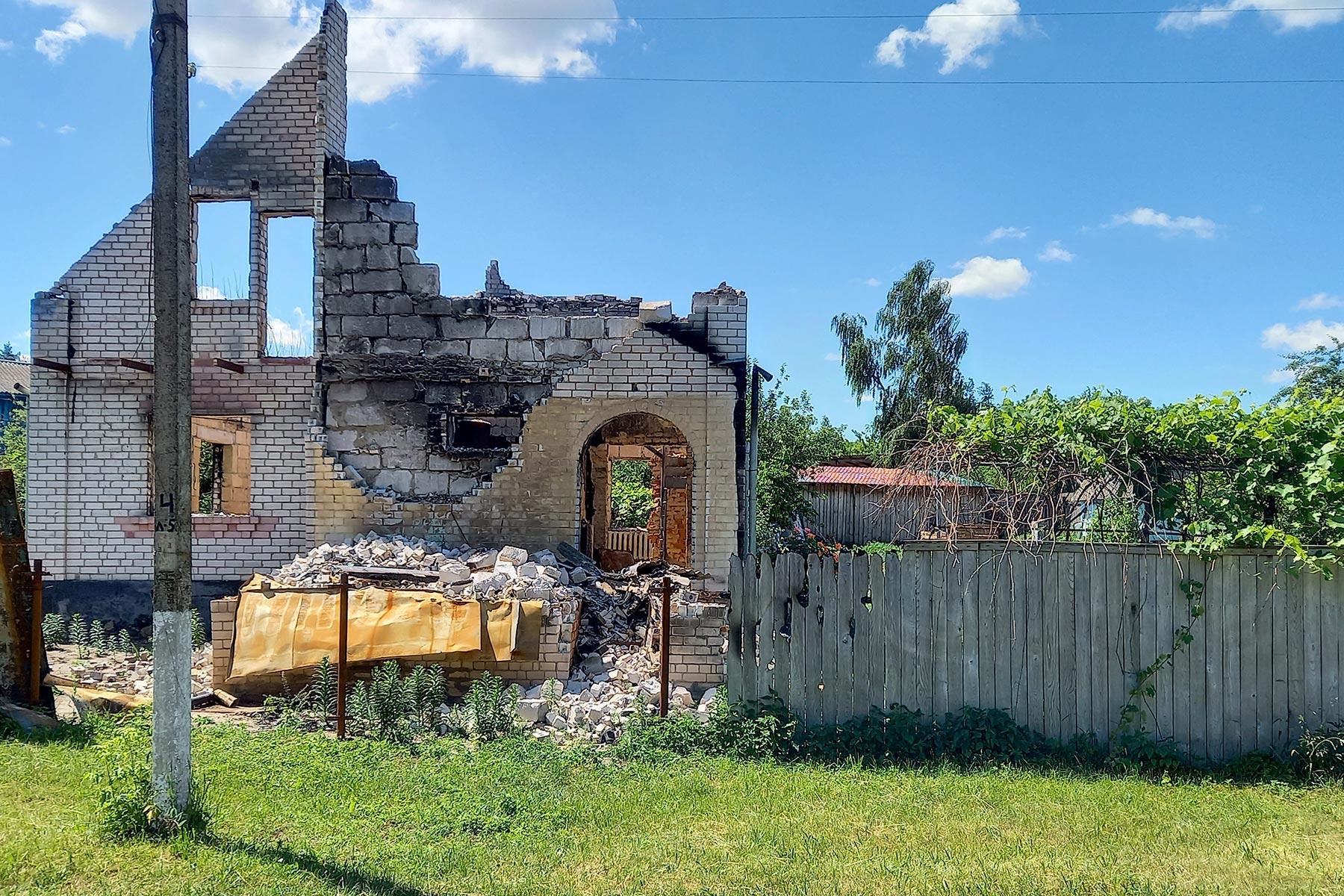 Houses in Chernihiv, as seen by the LWF assessment team. Photo: LWF/J.Pfattner

(LWI) – Landmines, destroyed infrastructure, traumatized people: These are the impressions from an assessment visit to northern Ukraine, where the Lutheran World Federation (LWF) plans to assist in the near future. A team of LWF staff, together with Bishop Pavlo Shvarts, head of the German Evangelical Lutheran Church of Ukraine (GELCU), an LWF member church, visited municipalities in Chernihiv oblast, north of Kyiv, and met with the local authorities, partners and the local population.

Chernihiv oblast (district) is “one of the partially occupied and recently liberated areas”, Josef Pfattner, LWF’s Ukraine Response Coordinator, who was part of the visit, explained. The region is on the border with Russia and was the entry point of the Russian army marching on Kyiv at the beginning of the invasion. As a result, many towns have been occupied for more than two months or been overrun by the Russian military twice - on their way there and back. “After their retreat, they left a disaster,” said Pfattner. “Houses were burned down and infrastructure destroyed, schools and hospitals have been looted and bombed, the soldiers left landmines behind.” The people, he added, are traumatized.

Houses were burned down, the infrastructure is destroyed, schools and hospitals have been looted and bombed, the soldiers left land mines behind.

Bomb alarms even in safer places

Living in the area is challenging now, said Pfattner. The Ukrainian army destroyed many bridges and roads to stop the advance of the invasion. Everywhere in the country, prices are rising. Fuel is scarce. “You can only refuel max 20 liters at the gas station, and we have seen queues of 30 cars waiting”, recounted Pfattner. Even in the Western areas, there are frequent air raids. “It’s a security risk. The alarms have become so frequent that people do not seek shelter anymore. It’s permanent stress. They cannot sleep at night, and sometimes choose to stay in their apartments.”

The majority of the people living in the Chernihiv district stayed and did not flee, Pfattner added. Many are elderly, have physical disabilities, and often also lack the economic means or connections to escape in time. In addition, the communal structures cannot support them because of the war. “The people who stayed here are probably those most afflicted,” said Pfattner.

Prepare for winter, help the children

“The most urgent thing needed right now is preparing for winter and some help for the children,” Pfattner added. The LWF team estimates that 15,000 individual houses and even more apartment buildings have been destroyed in Chernihiv oblast. As winter comes early and hard in Northern Ukraine, there is a need to fix roofs and windows and give people a place to live – while some building materials are extremely hard to come by in the country.

The area also needs to be demined, and people need livelihoods. Parts of the petroleum and natural gas factories, the primary source of income in the region, have been bombed and destroyed. Schools need to be renovated before the fall and ideally outfitted with a bomb shelter, as new regulations in the country demand.

LWF also plans to organize activities for the children. That will entail supporting children, improving safety, well-being, and dignity for the war-affected populations, and preparing for schooling after the summer, “They have seen the war, and now, everything they know is destroyed,” Pfattner said. For example, they are no longer allowed to play in their usual playing grounds, school yards, public parks, and forests for fear of land mines. “Many parents just keep them at home,” Pfattner added. “These children have been suffering under the COVID restrictions before already. We would love to organize summer camps for them.”

LWF in Ukraine partners with GELCU, an LWF member church, and other diaconal agencies and UN partners. An ACT Forum has been formed between faith-based humanitarian agencies working in Ukraine. The work is supported by LWF's funding partners, including the Evangelical Lutheran Church in America.

LWF in Ukraine partners with GELCU, an LWF member church, and other diaconal agencies and UN partners. An ACT Forum has been formed between faith-based humanitarian agencies working in Ukraine. The work is supported by LWF's funding partners, including the Evangelical Lutheran Church in America.