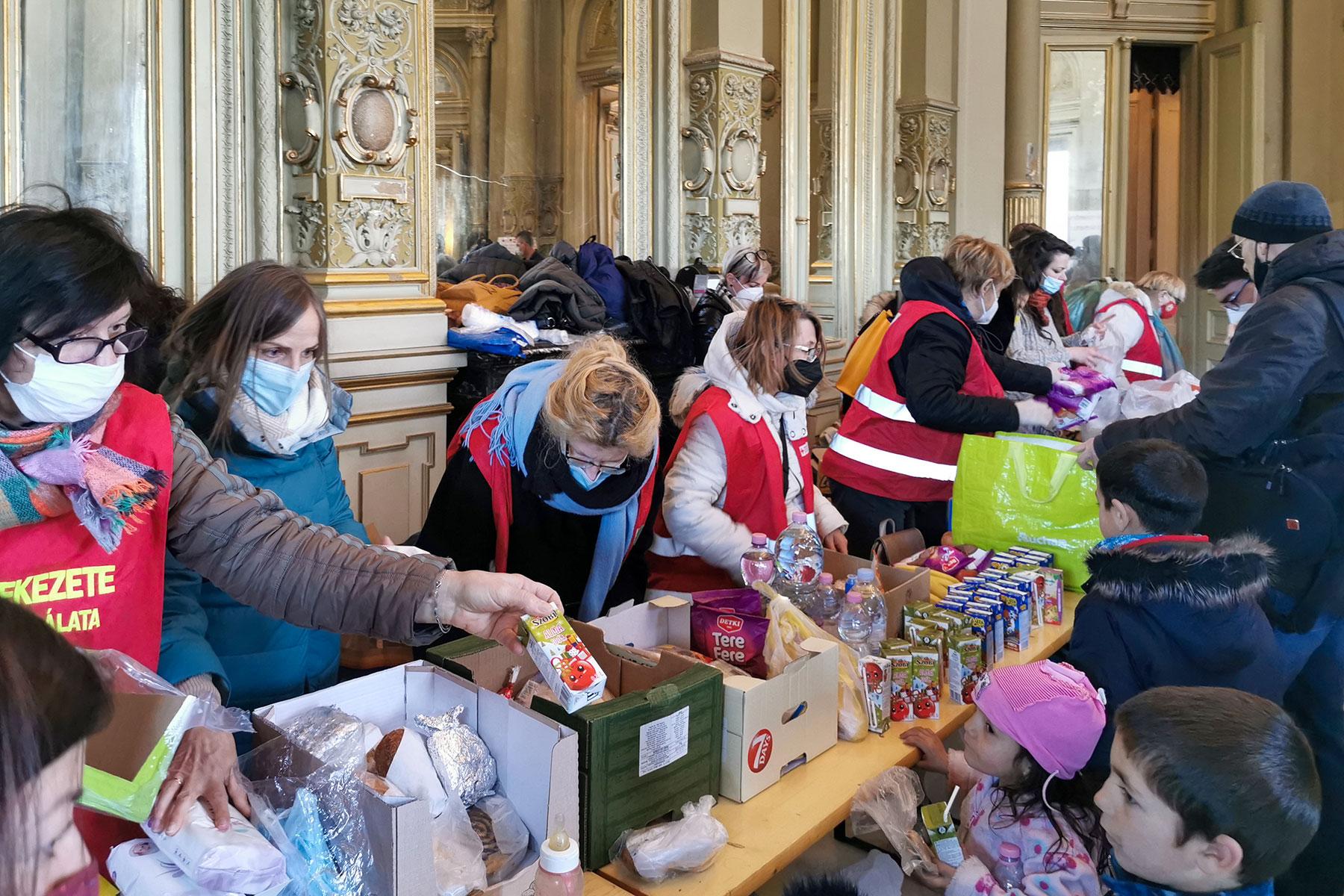 A wave of solidarity for victims of war

(LWI) – An unprecedented wave of prayer, solidarity, and help has swept across Europe and the world during the week since the beginning of the Russian invasion into Ukraine on 24 February.

Member churches of The Lutheran World Federation (LWF) in Ukraine and neighboring countries along its western border have received refugees, collected aid, organized transport, and initiated its distribution.

According to the United Nations High Commissioner for Refugees (UNHCR), Filippo Grandi, around one million people had fled Ukraine by 3 March. “I have worked in refugee emergencies for almost 40 years, and rarely have I seen an exodus as rapid as this one,” he said.

The LWF is working to support its member churches in the region to significantly scale up aid, psychosocial support, and pastoral care, for populations in need, according to humanitarian principles and international standards.

The largest number of people have crossed the border to Poland. Most are women and children, as men between the ages of 18 and 60 cannot leave Ukraine. Parishes of the Evangelical Church of the Augsburg Confession in Poland provide accommodation across the country, while Diakonia Polska transported the first loads of humanitarian aid into Ukraine by minibus. On the return journey, buses pick up Ukrainian families fleeing the war. In Ukraine, local coordinators distribute the goods to people in need.

In Hungary, established structures between Hungary and Ukraine prove very useful. For example, Hungarian Interchurch Aid (HIA) supports internally displaced people arriving in western Ukraine. If needed, the center in Berehovo can help tens of thousands of people arriving in the region. Also, 28 tons of non-perishable food donations were transported from Budapest to Transcarpathia by truck. The Evangelical Lutheran Church in Hungary calls for donations and prayer to support these efforts.

The Evangelical Church of the Augsburg Confession in Romania has joined hands with other churches in the country through the Ecumenical Association of Churches in Romania (AIDRom). AIDRom has mobilized teams in Radauti, near the border with Ukraine, who provide the growing number of refugees with food, hygiene, and other essential goods, such as blankets and clothes.

In Ukraine, the German Evangelical Lutheran Church of Ukraine is receiving aid brought into the country, among others from Poland, and helps to coordinate these efforts and distribute the goods to people in need.

The LWF and many churches in the region and worldwide have initiated peace prayers and continue collecting funds and goods to assist refugees fleeing Ukraine and support internally displaced people in Ukraine. In addition, numerous partners in church, diaconia, and society – including the LWF – collaborate at the local and international levels to make this possible.

“This is a time to show solidarity and support the churches and people of Ukraine who are fleeing their homes, seeking shelter,” says Eva Christina Nilsson, Director of LWF’s Department for Theology, Mission and Justice.

The LWF will assist in coordinating the response in all five countries to enable a significant scaling up of operations. This entails setting up regional coordination capacity to provide effective assistance without discrimination to those most in need.

During this operation, the LWF and the member churches will work closely with community and faith leaders, civil society, local and national governments, and several humanitarian and faith-based partners. In addition, the LWF will engage in relevant forums to ensure a quality, accountable and coordinated approach.