Uganda: ‘We understand our work as putting faith into action’ 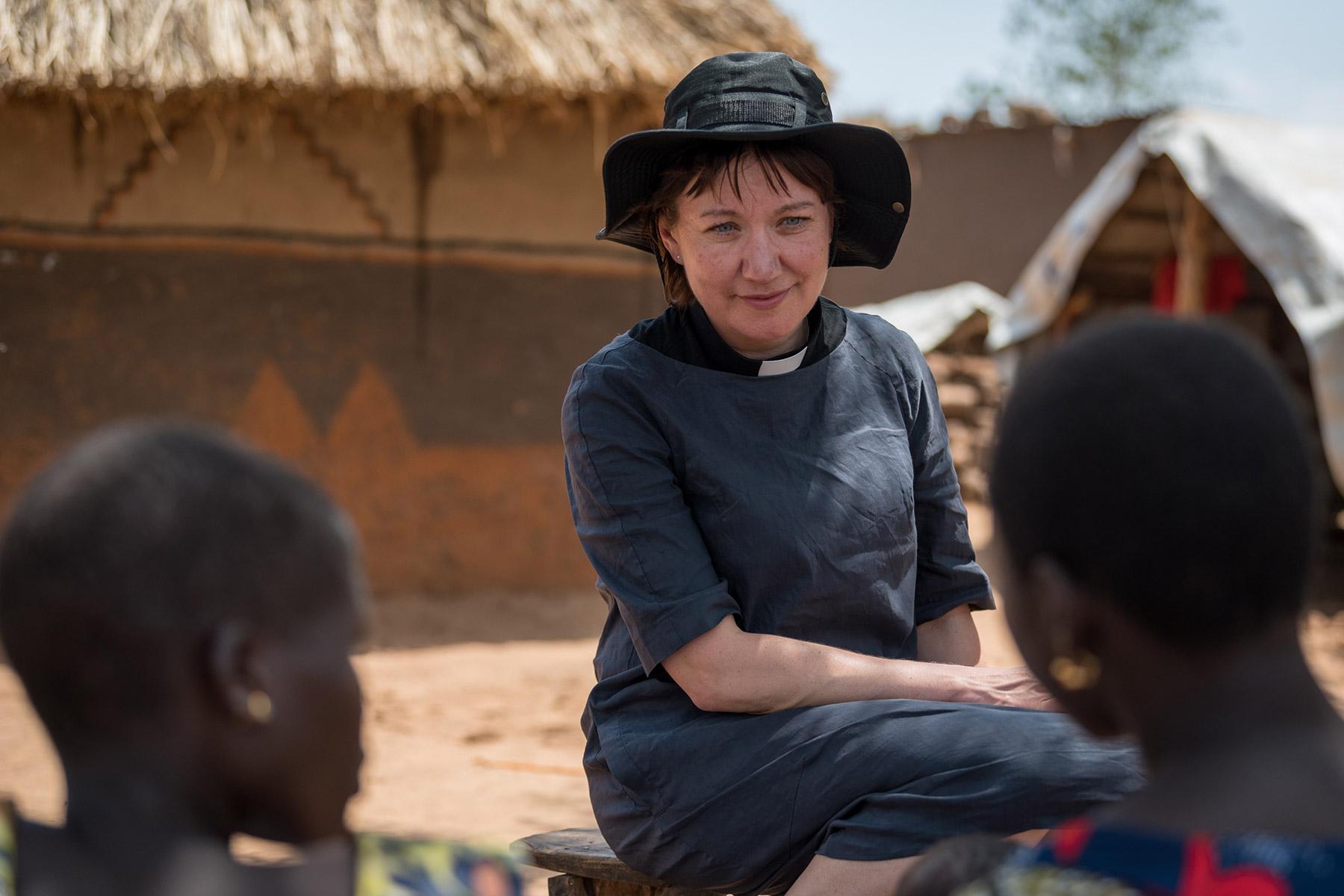 LWF General Secretary Rev. Anne Burghardt hears the testimonies of two teenage mothers in the Palorinya refugee settlement, Obongi district, Uganda, as part of a visit to the LWF country program in Uganda in April 2022. All photo: LWF/Albin Hillert

Through the years, the so-called Pearl of Africa has come to receive hundreds of thousands of refugees from South Sudan in the north and Democratic Republic of Congo in the west. Refugee policies are generous, and refugees enjoy freedom of movement, as well as the right to a piece of land to cultivate and settle.

Yet a massive influx of refugees, sometimes by far outnumbering the local host communities that receive them, requires humanitarian support and development work. 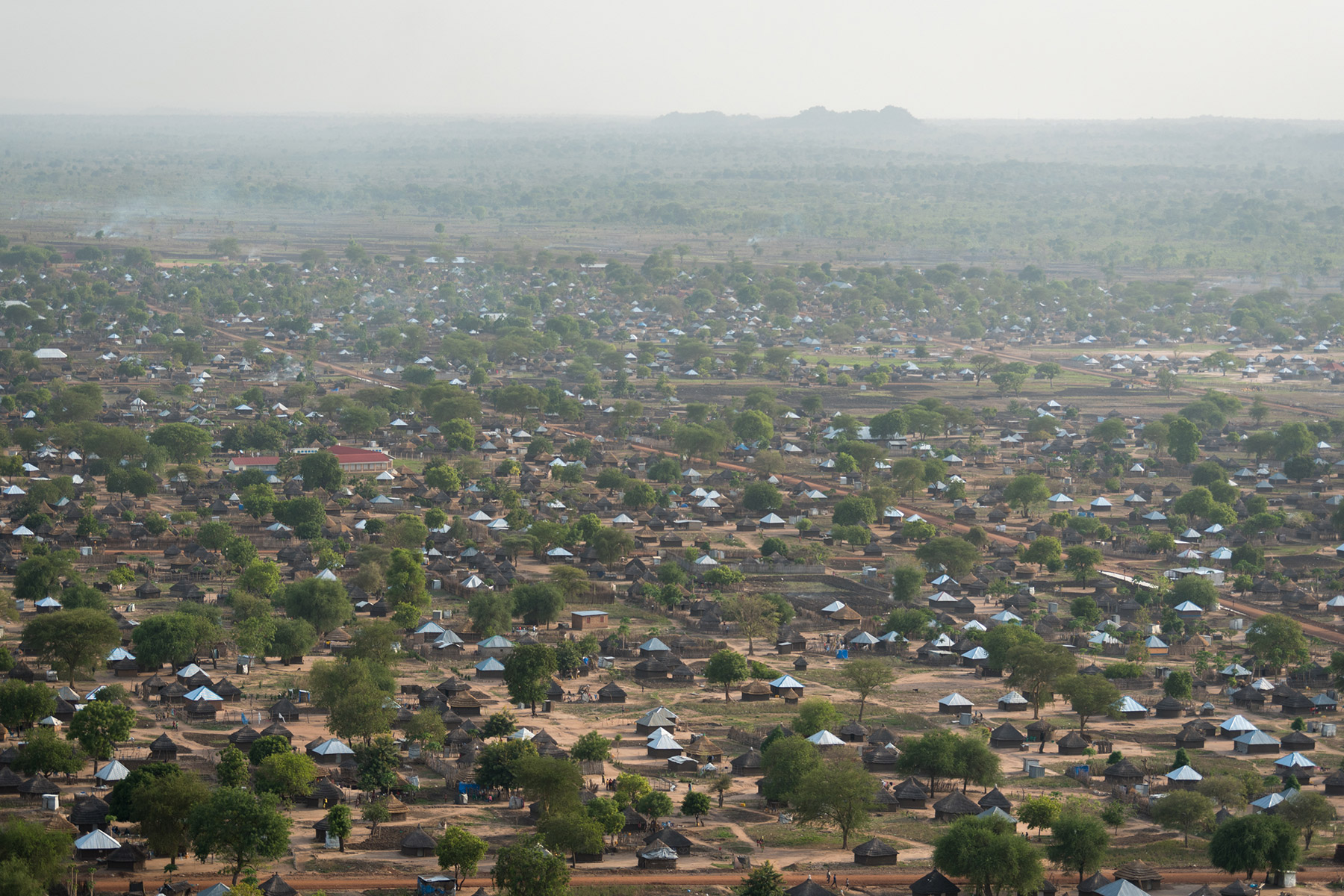 LWF services in Uganda range across the main areas of livelihoods, quality services, and protection and social cohesion.

“The reality is that we see a lot of what we can call ‘pragmatic mobility’ among people in the border areas. It is usually the same broad communities on both sides of a border – people from the same ethnic group, with family and relatives on both sides. The borders in this sense are porous, as people move out of necessity to where they know it is safe to be. For the communities here, it’s about survival,” Kamstra explains.

Long-term engagement a key to trust and goodwill

“We have massive historical goodwill in Uganda,” Kamstra continues, noting that many other agencies have come and gone through the years, often undertaking relatively short-term projects.

One who testifies personally to the impact of LWF’s work in the past is Taban Peter, Resident District Commissioner in Adjumani, West Nile area of northern Uganda.

The Ugandan President’s representative in Adjumani, Peter says he himself was a refugee in South Sudan in 1979, and repatriated to Uganda ten years later with support from the LWF.

“I will never forget what the LWF has done in my life, and I have seen great things in work on health, livelihoods, WASH and environment,” Peter reflects.

“The Bible says that the hand that gives shall also receive, and that we should welcome our neighbour. This is why we have our open-door policy for our brothers and sisters from South Sudan and DRC,” he adds.

Across settlements, the LWF seeks not only to provide food and shelter for the day, but to build capacity and empower communities to become more self-reliant. 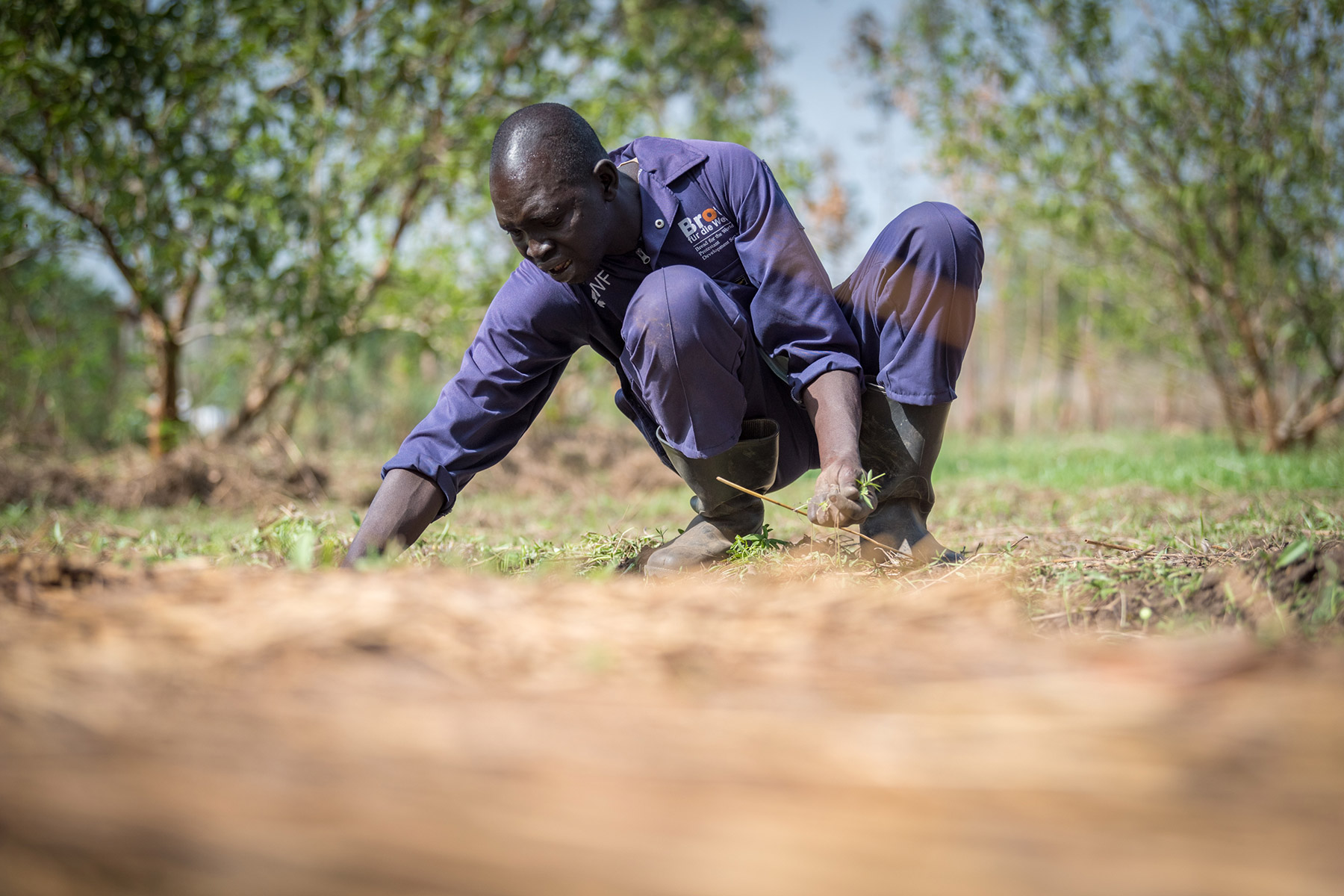 “When I arrived here, the environment here was nothing like this. Now we are planting trees, and it shows the importance of taking care of our environment,” he says.

At a nearby marketplace some ways down the road, 28-year-old tailor Scovia Maia offers up dresses and other crafted items for sale. A refugee from Nimule in South Sudan, Maia says she arrived in Nyumanzi in 2017 with skills but no tools to build a business. 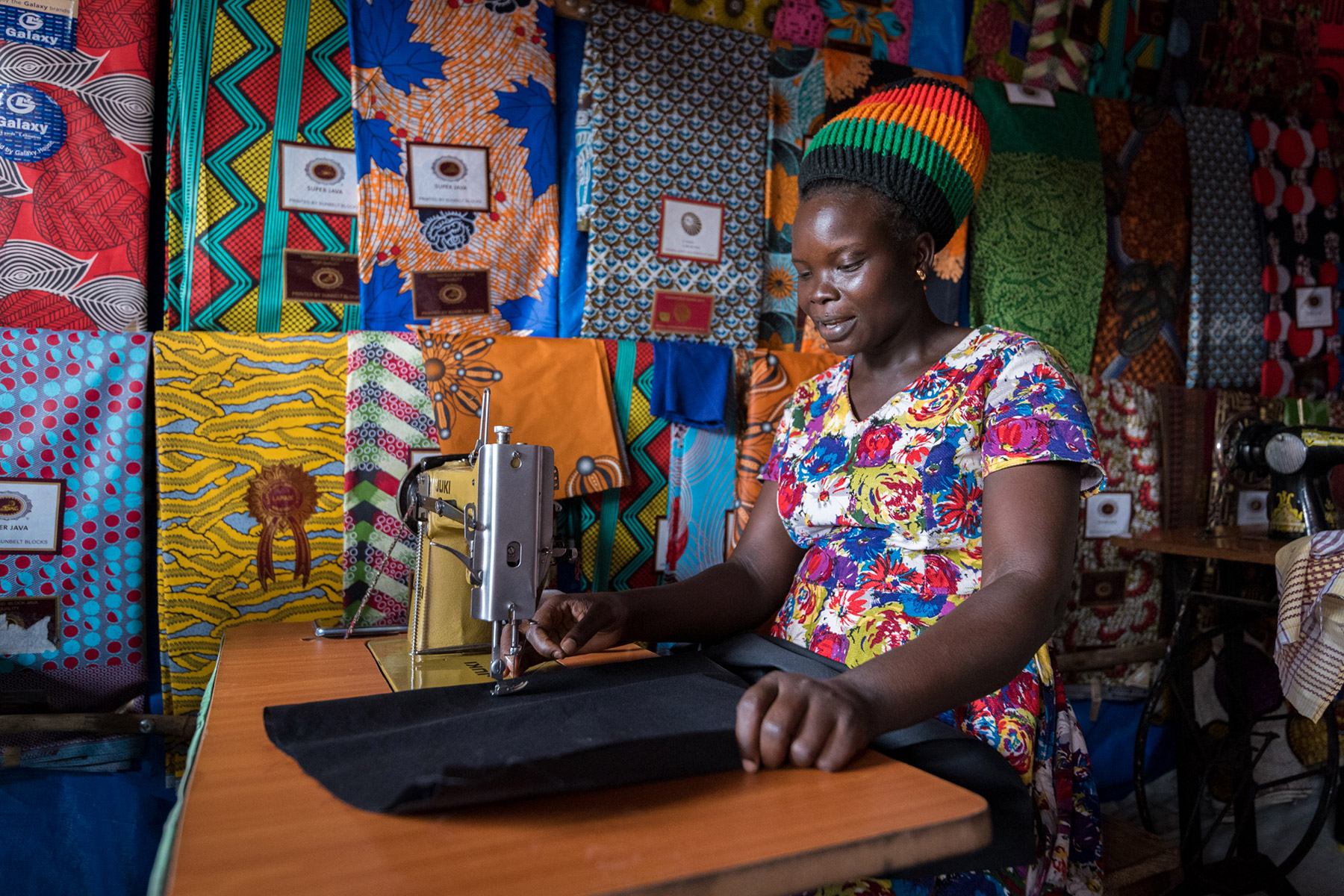 Tailor Scovia Maia works at her shop in the Nyumanzi settlement in Adjumani.

“Now, with help from the LWF and UNHCR, I am running a small-scale business, and I train others in tailoring too. I sleep well, and I can eat good food,” she says.

Even amid welcoming host communities and long-standing humanitarian engagement, a range of challenges face communities in Uganda.

Water supply in many settlements remain lower than the target of 20 litres per person per day, and the rations provided through the World Food Programme have recently been reduced. 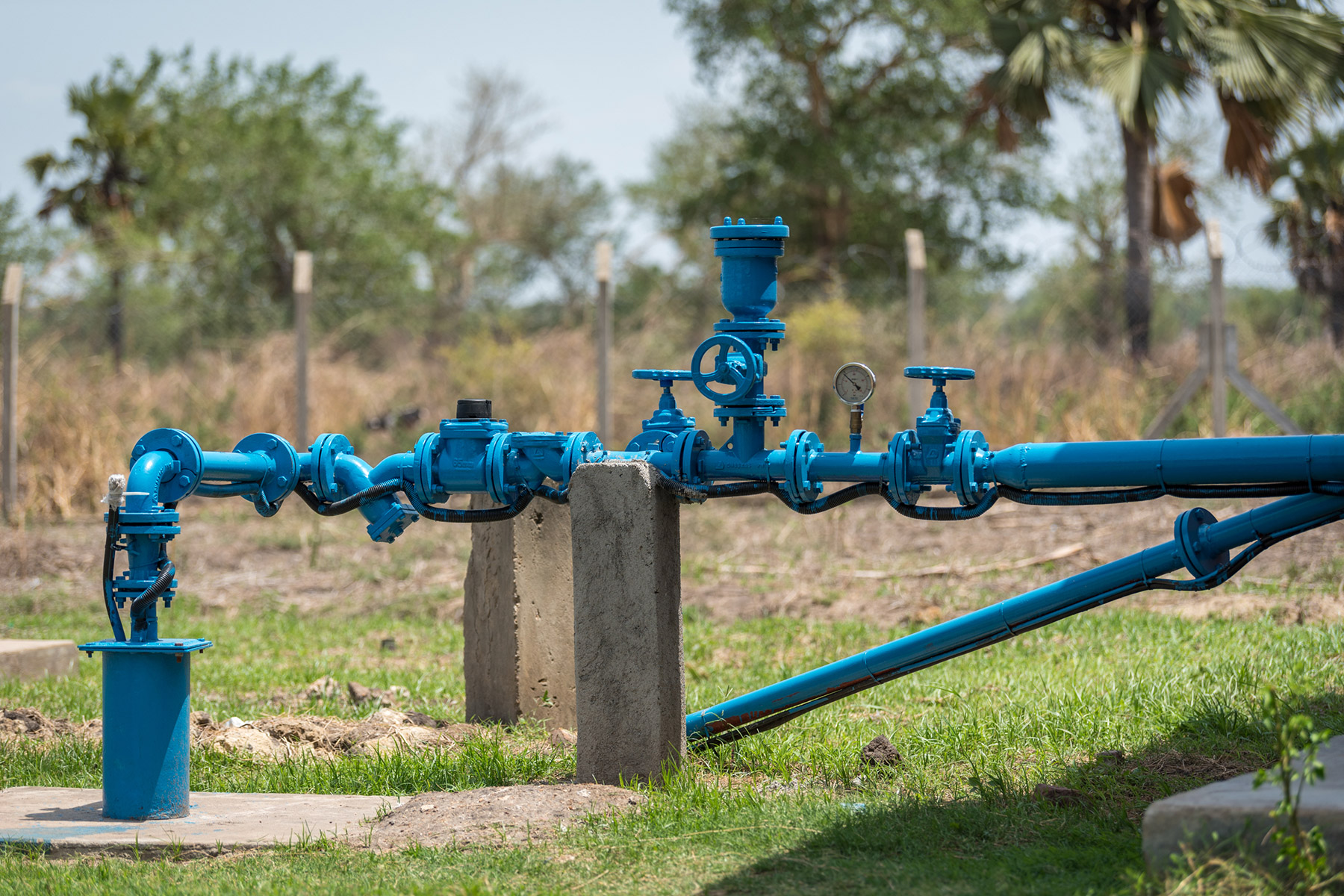 Solar-powered motorized water pump in Orinya village, Palorinya settlement. The LWF has established and manages 14 hybrid solar-powered water pumps and an additional 152 hand-pumped boreholes in Palorinya. Even so, water supply remains below the recommended 20 litres per person per day.

In the Palorinya settlement – the second largest refugee settlement in Uganda with a refugee population of more than 128,000 in Obongi district – food rations are now at 70 per cent. In Nyumanzi, they are as low as 60 per cent.

Namagero Rose, a South Sudanese refugee from the Kuku ethnic group, serves as chairwoman for a God’s Grace self-help group for women in Palorinya. Offering a safe space for women to counsel each other and heal from their trauma as survivors of war, Rose says the group has helped many women to feel better.

“Some of us had even attempted suicide. But with counselling, we saw that peace could come to our hearts,” she says, while stressing nonetheless the fragility of the current situation for many refugees. 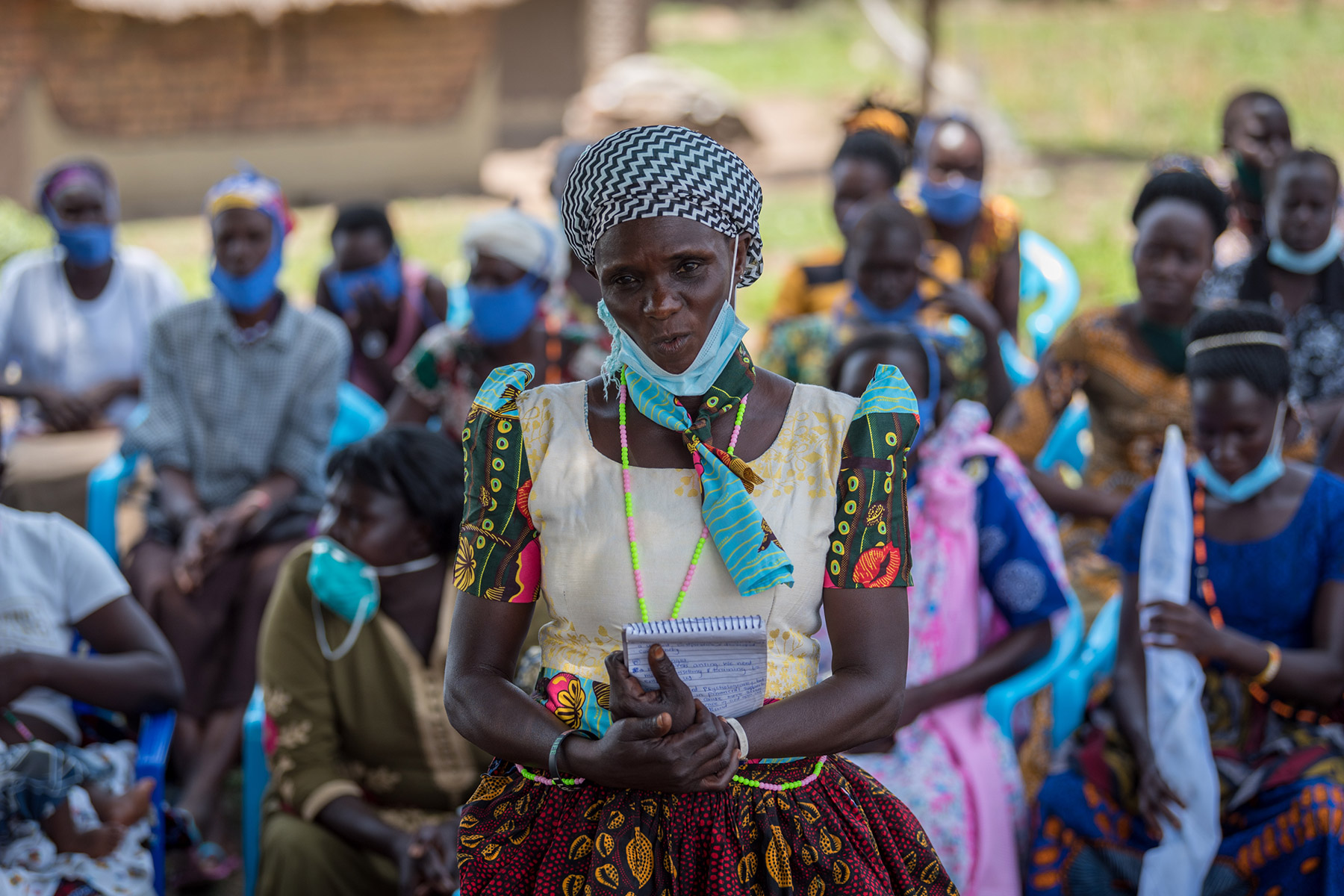 “We receive psychological support, but we need financial support too. The limited food rations cause stress in the families,” she says.

For Faith Kajumba, LWF project assistant in the area of Protection and herself one who grew up with parents that used to fight, this issue is clear. “With food rations reduced, there is risk for increased gender-based violence,” she says.

Another issue highlighted by the women is access to transport.

Nyandeng Lual, woman affairs leader in Nyumanzi, explains that this is not just an issue of comfort or convenience.

“Without means of transport, our women are not able to get to hospital in time, so they end up giving birth to their child half-way there. We need an ambulance,” she says.

What is more, in Uganda this is not only a concern for adults.

When the COVID-19 pandemic broke out, Ugandan schools were closed for two consecutive years. In the same period, LWF World Service has observed an increase in teenage pregnancies, with 1 in every 3 girls aged 15-18 now either being pregnant or having given birth to a child.

The issue is not limited to refugee settlements, as the same trend is seen both in refugee settlements and among host communities. And while the problem is not new, two years of pandemic has meant a dramatic increase, from formerly 1 in every 5 girls.

LWF general secretary Rev. Anne Burghardt heard the voices of child mothers as she visited Nyumanzi and Palorinya during the first days of April.

“One of the girls shared with me how she gave birth, and now as she is trying to care for the child she is struggling both with the relationship to her own parents, and with going back to school,” Burghardt said. 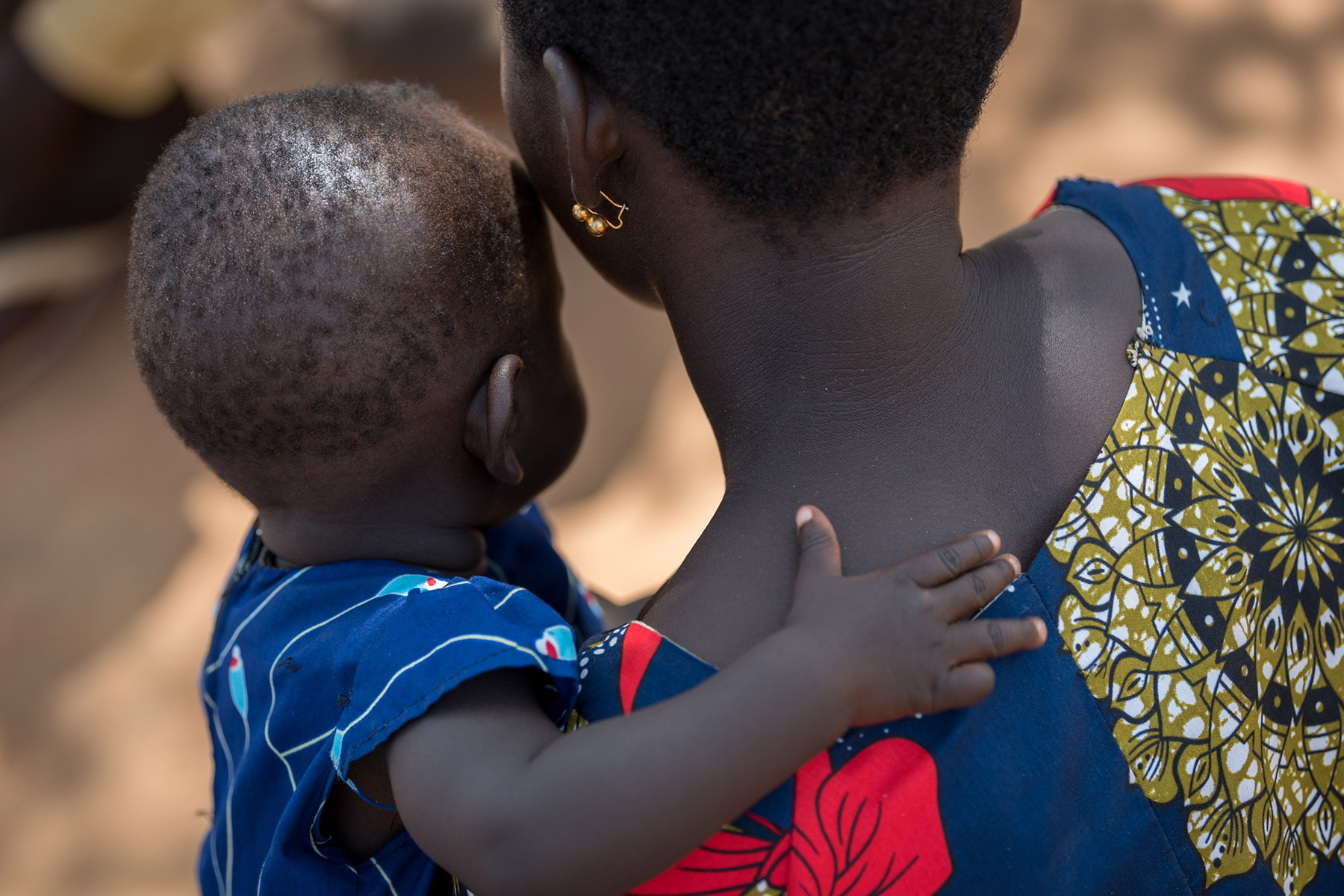 A teenage mother holds her child in her arms in the Palorinya refugee settlement, Obongi district.

“To see these girls increasingly being denied their right to a childhood, to instead become mothers themselves is heartbreaking,” Burghardt said.

“These stories are difficult to listen to, but we must hear them, because the problem is real and right before us. We need to see how we can take a holistic approach in supporting these girls, and in preventing teenage pregnancies in the future,” she added.

One such measure is to increase access to day care for the children, so that these young mothers can continue to attend school, the General Secretary says.

For Burghardt, it is a question of identity as a global communion of Lutheran churches: “Despite the challenges, we continue to see and uphold the image of God in every person. We understand our work as putting faith into action.”