The three-day celebration was filled with joy and thanksgiving for cultural diversity and advancements, but also with solemn moments when women pastors and theologically trained women shared stories about the barriers they continue to face in their ministries. 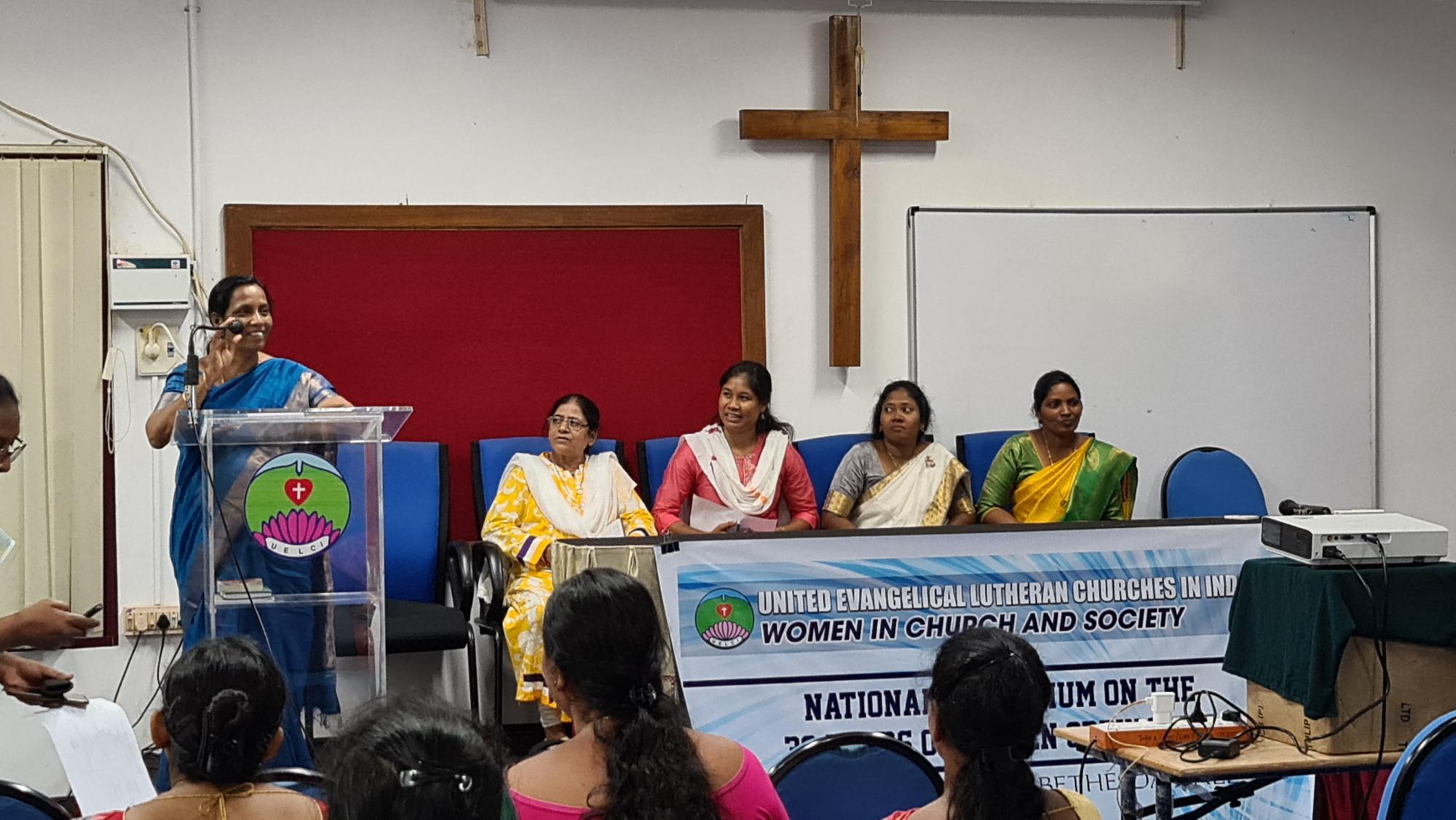 (LWI) - The member churches of the United Evangelical Lutheran Churches in India (UELCI) recently celebrated the 30th anniversary of women's ordination at the Gurukul Campus in Chennai, in September.

The event paid homage to the first two women ordained into the ministry of Word and Sacrament in September 1991, Rev. Prasanna Kumari and Rev. Porimol Kisku. The late Rev. Kumari later served as the UELCI Executive Secretary, and as Lutheran World Federation (LWF) Vice-President for Asia. Rev. Kisku served as a pastor of the Northern Evangelical Lutheran Church.

The celebration had previously been delayed due to the COVID-19 pandemic restrictions.

The Secretary of Women in Church and Society (WICAS) at UELCI, Ranjita Christie Borgoary, said “this was the first international meeting organized by UELCI since the start of the pandemic in early 2020.”

The three-day celebration was filled with joy and thanksgiving for cultural diversity and advancements, but also with solemn moments when women pastors and theologically trained women shared stories about the barriers they continue to face in their ministries.

During a panel discussion, women leaders said that they have witnessed a transformation in the life and ministries of the churches within the Indian Lutheran communion in the past three decades. However, the panellists reminded the participants that women's ordination is not the end, stating that “The race is not over. Until the day when all women and girls are treated equally in the church, society, and family, the struggle will continue.”

Reflecting on some of the current challenges, Borgoary said, “the event reminded and challenged us to reaffirm that humanity is created in the image of God and that our society is a society of equals and our Church, an ecclesia of equals.”

She continued, “We envision and continuously strive for a radical transformation in all member churches, not only for the ordained women but for women in general, that they be treated with equal dignity, and given equal recognition for their status, leadership, and contribution to the diverse ministries of the Church.” 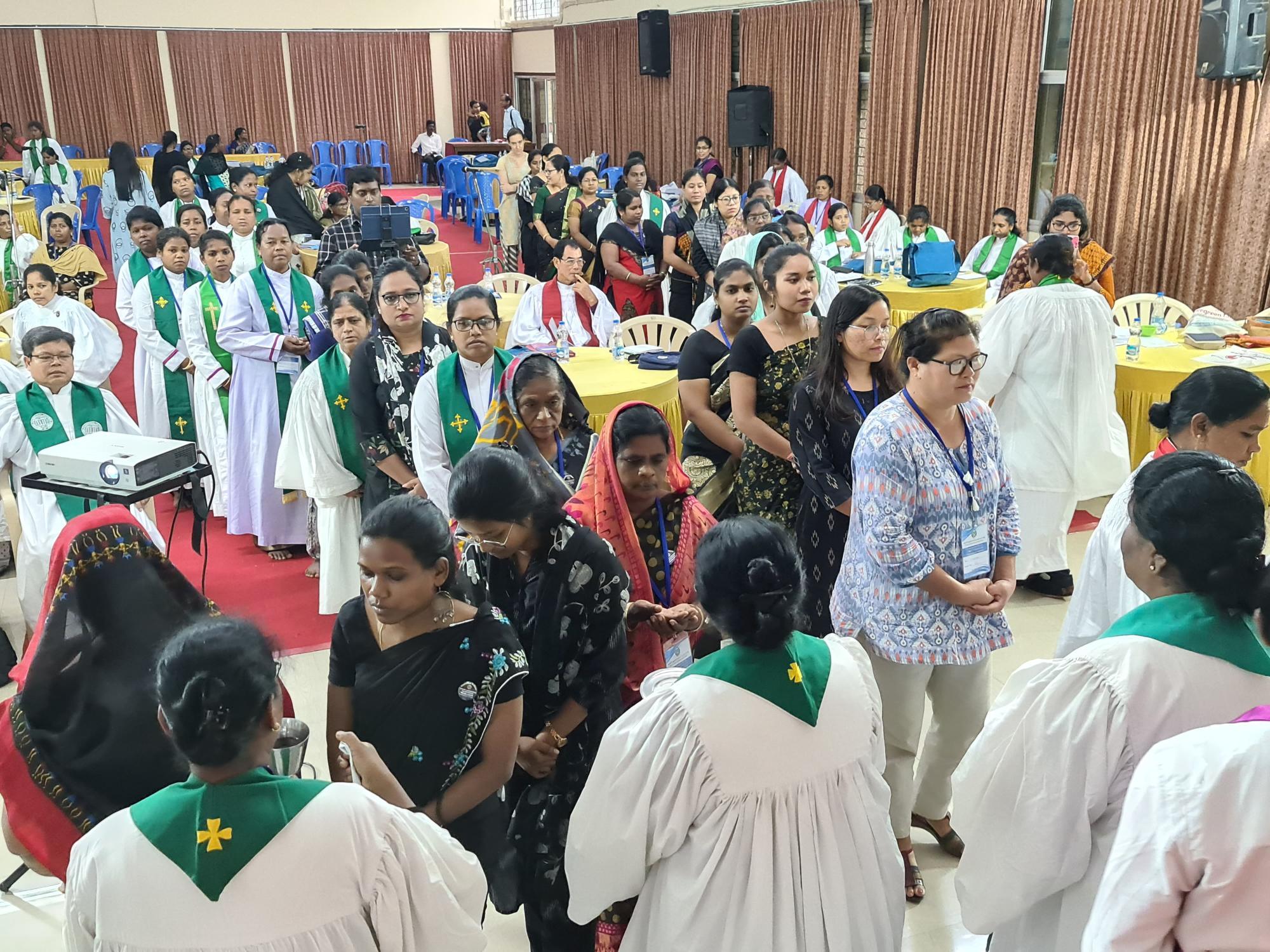 The UELCI – WICAS secretary expressed gratitude to partners – the LWF, Act Church of Sweden and the Evangelical Lutheran Church in America - for their faithful accompaniment as Indian member churches began to realize the importance of gender justice.

LWF Regional Secretary for Asia, Rev. Dr Philip Lok affirmed the UELCI member churches’ commitment to LWF’s Gender Justice Policy https://wicas.lutheranworld.org/content/gender-justice-policy-141-1, and said that equality is better achieved with the solidarity and support of men in the implementation of gender justice principles.  Bishop Susanne Rappman of the Church of Sweden encouraged women pastors to persevere in their efforts to overcome existing challenges, and to begin a dialogue with their churches on how women pastors can have the same opportunities to hold the episcopal office.

UELCI brings together 12 member churches of the Lutheran World Federation and has over 4 million members.