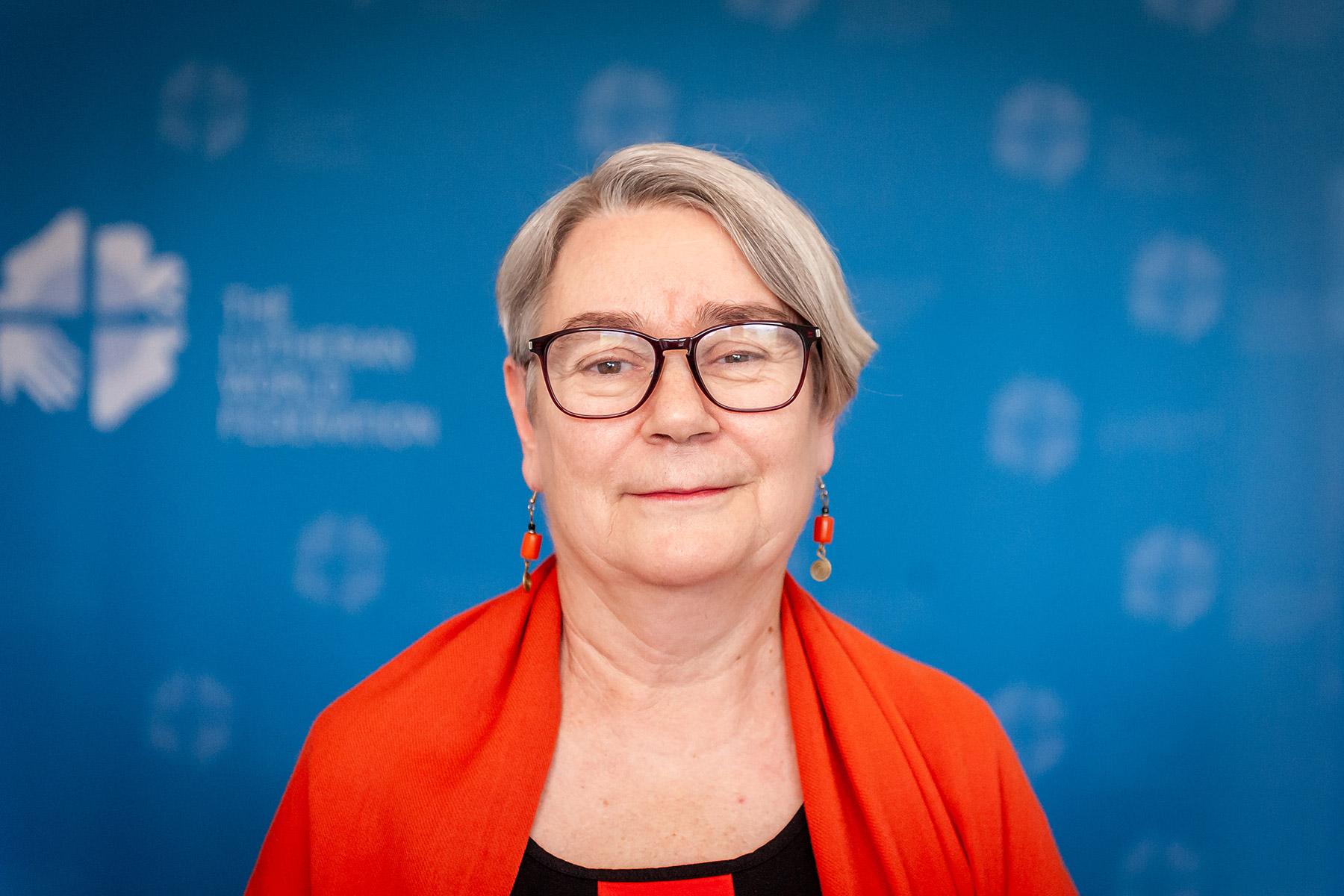 Head of LWF’s Department for Theology, Mission and Justice reflects on a career in international development

(LWI) - Growing up on a farm in the southern Swedish countryside seems a far cry from the high-flying career in international development and mission that Eva Christina Nilsson has been pursuing for almost four decades. The youngest of five children, she was brought up in a small village comprising just four farms and a Free Church prayer house, although the family travelled to attend a Lutheran church in the neighboring village on Sundays.

Both parents were deeply engaged in local politics and civil society, with her father being elected to serve as mayor for the surrounding region. Nilsson recalls the excitement when a member of Parliament or local dignitary came to visit: “It was like the king was coming to our house!” she laughs. 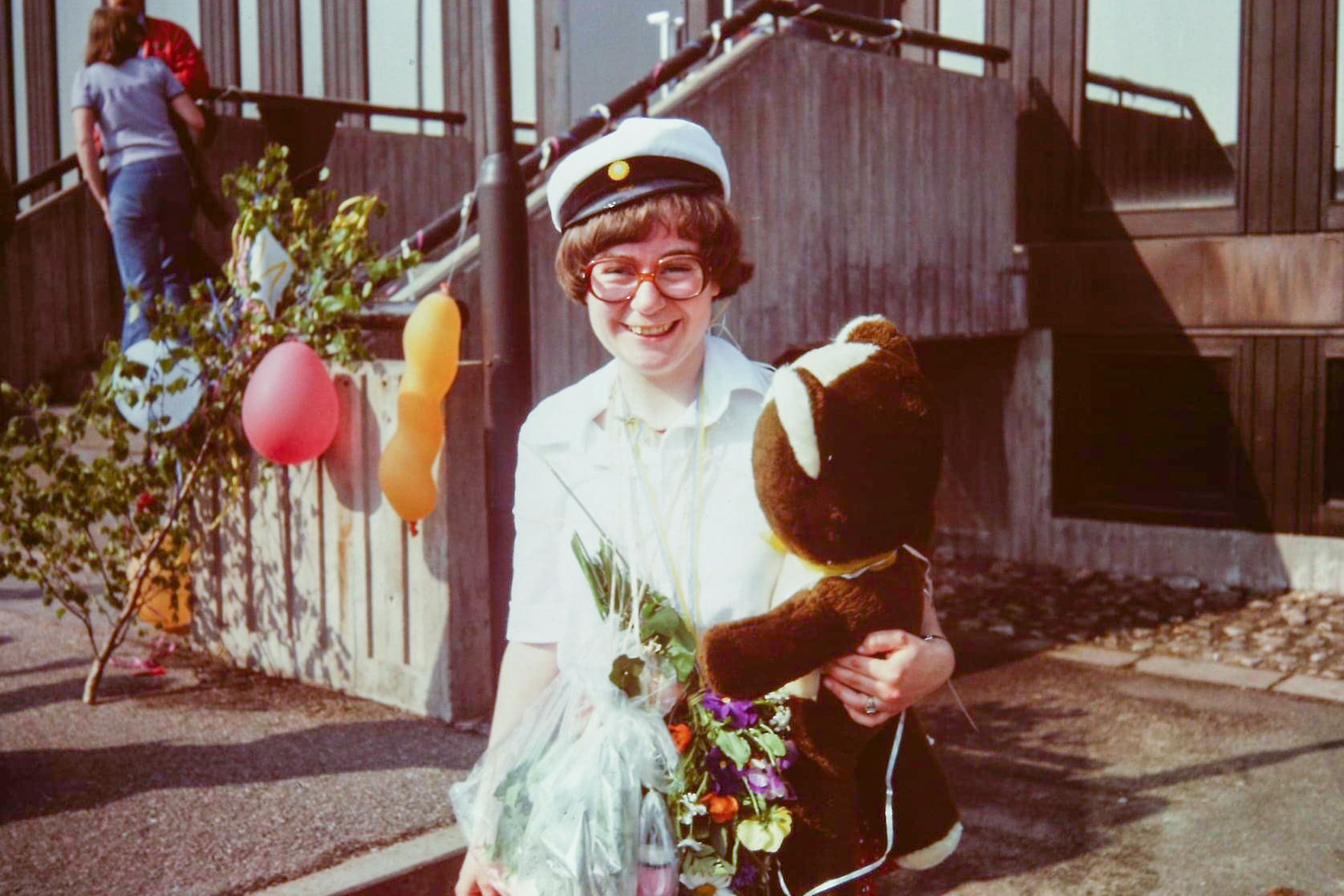 Another exciting and formative experience from those early years was the presence of missionaries who sometimes returned to her home area, bringing with them a representative of their mission station in India or southern Africa. “What I really learnt at that time is that the world is a lot bigger than just my little village,” says Nilsson, who today serves as director of The Lutheran World Federation (LWF) Department for Theology, Mission and Justice.

From her office at the Geneva headquarters, she oversees the work of the department which supports LWF member churches in ninety-nine countries across all the continents. Before that, she spent many years working on development policy and strategies, as well as strengthening ecumenical collaboration, for the Church of Sweden and became the first woman to head the Swedish Mission Council in 2007. She also served as an adviser to the Mission Commission of the World Council of Churches. 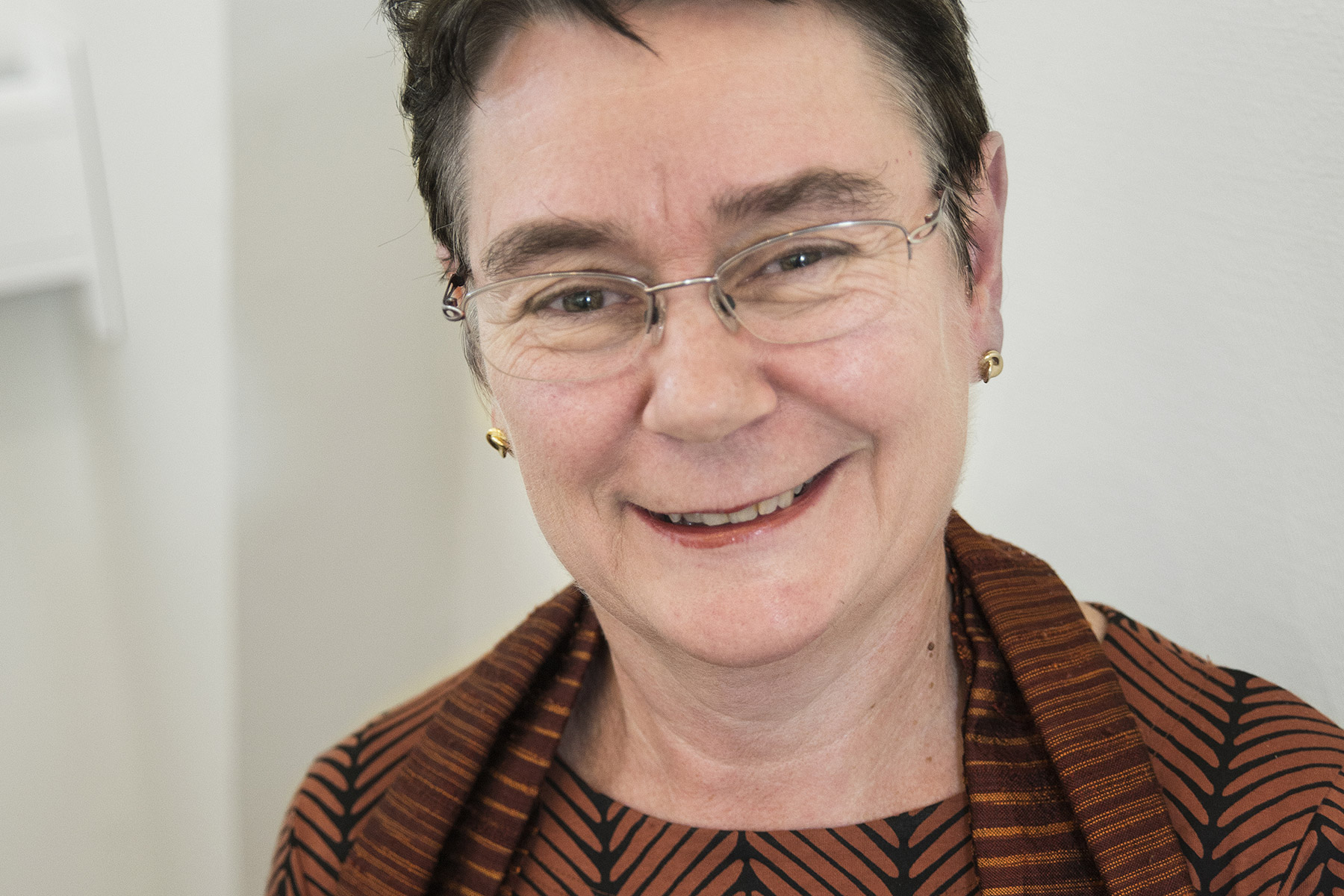 Eva Christina Nilsson during her time as head of the Swedish Mission Council. Photo: SMC

Nilsson’s very first experience of the church outside her native country came in the summer of 1983 when, as a member of the Church of Sweden’s national youth movement, she was offered a place on an LWF study tour. As a student of history and political science at Uppsala university, she was keen to travel to Africa, Asia or Latin America and was disappointed to discover that she had been offered a trip to Eastern Europe instead. “But that visit changed my life’s direction and turned out to be a conversion experience, as I met young people willing to pay the price of staying in their church and holding fast to their faith,” she reflects.

Returning from that journey, the young Nilsson wanted to learn more about the church in Eastern Europe, so she obtained a scholarship to study in East Germany. Conversations that she and other students from the West had in those early days have shaped her professional life ever since, she notes. “One young Estonian friend commented how hard life must be for a Christian in the U.S. which “turned upside down all my pre-conceived ideas,” she recalls. “I realized then the importance of challenging yourself and your own perceptions, of stepping into another’s shoes and asking different questions.”

Nilsson has retained strong friendships from those formative years in Eastern Europe. Decades later, at a birthday party with friends in Berlin, she was deeply moved as they expressed gratitude for her interest in their struggles as Christians “locked in the Soviet system.” Another key moment came after the Budapest Assembly, which she attended as an LWF steward and experienced the strong Lutheran identity of a minority church on display at that 1984 gathering. “It was so different from my own upbringing that I couldn’t identify with it,” she says. Yet the words of a young East German man, "so grateful for that once-in-a-lifetime opportunity to widen his horizons, touched my heart and helped me understand the meaning of a truly global Lutheran church,” she adds.

In the early 1990s, following the fall of the communist regimes, Nilsson worked to forge relationships and develop “hands-on cooperation” between the Church of Sweden and the newly liberated churches of Eastern Europe. Later, she served as vice-president of Concord Europe, a confederation of almost two thousand relief and development non-governmental organizations across the continent. It was an important learning experience, she recalls, both as regards advocacy with government ministers and in terms of ecumenical engagement.

Despite the successes, Nilsson admits, there have been plenty of challenges and frustrations along the way, not least as a lay woman holding key decision-making posts within her church. She jokes: “I used to say when I was young that I had three things working against me: my sex, my height (she is a diminutive 154cm) and my age” (at 64, she admits this is no longer an issue in the same way). But throughout her career, she continues, “I have been blessed by foremothers and forefathers who have trusted and supported me. They have been important examples that I have tried to follow.” Her advice to young women embarking on a career in the church is to “believe in yourself, trust in your gifts and seek out those who are willing to share with you.” 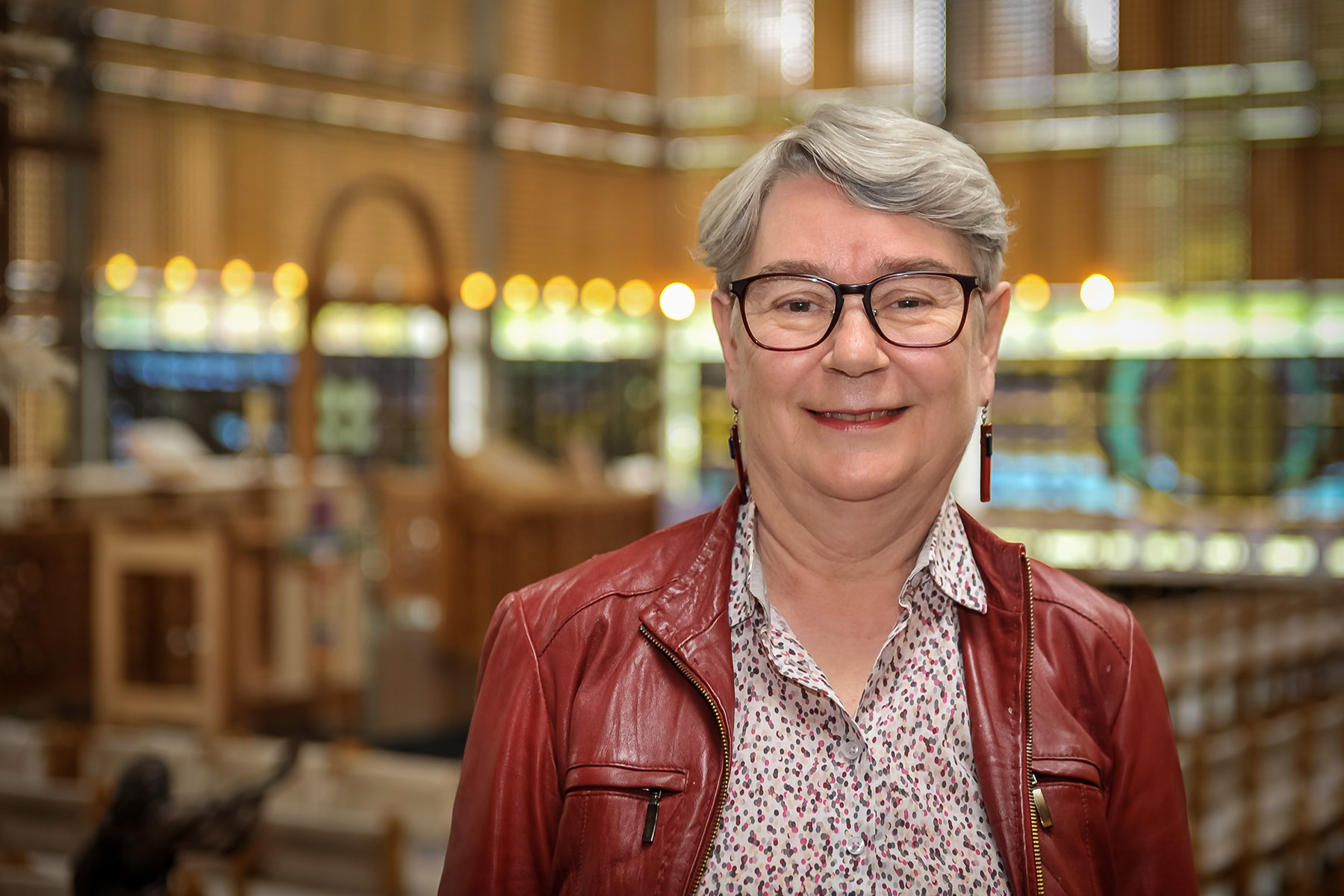 Nilsson does not see herself as a feminist pioneer, but she does stress the urgency of working to dismantle unjust power structures in the church. “Equality is so important,” she insists, “and a church worthy of its name should value the gifts of both women and men, otherwise it is not true to the gospel. I don’t want to be a token woman and often others have been more in the forefront than me, but I don’t believe in shying away from responsibility, even when that has meant finding myself on the barricades sometimes.”

Despite her wealth of experience, her current position at the LWF proved to be challenging in unique and unexpected ways. She was hired to oversee the rollout of a restructured department, bringing together theology and support for the mission of the churches with a new 'Action for Justice’ advocacy hub, beginning in January 2020. Less than three months later, COVID-19 struck and lockdowns began, throwing churches across the globe into crisis. Nilsson is deeply grateful to colleagues who worked tirelessly from home to ensure the new structure got up and running, despite all the difficulties they faced. 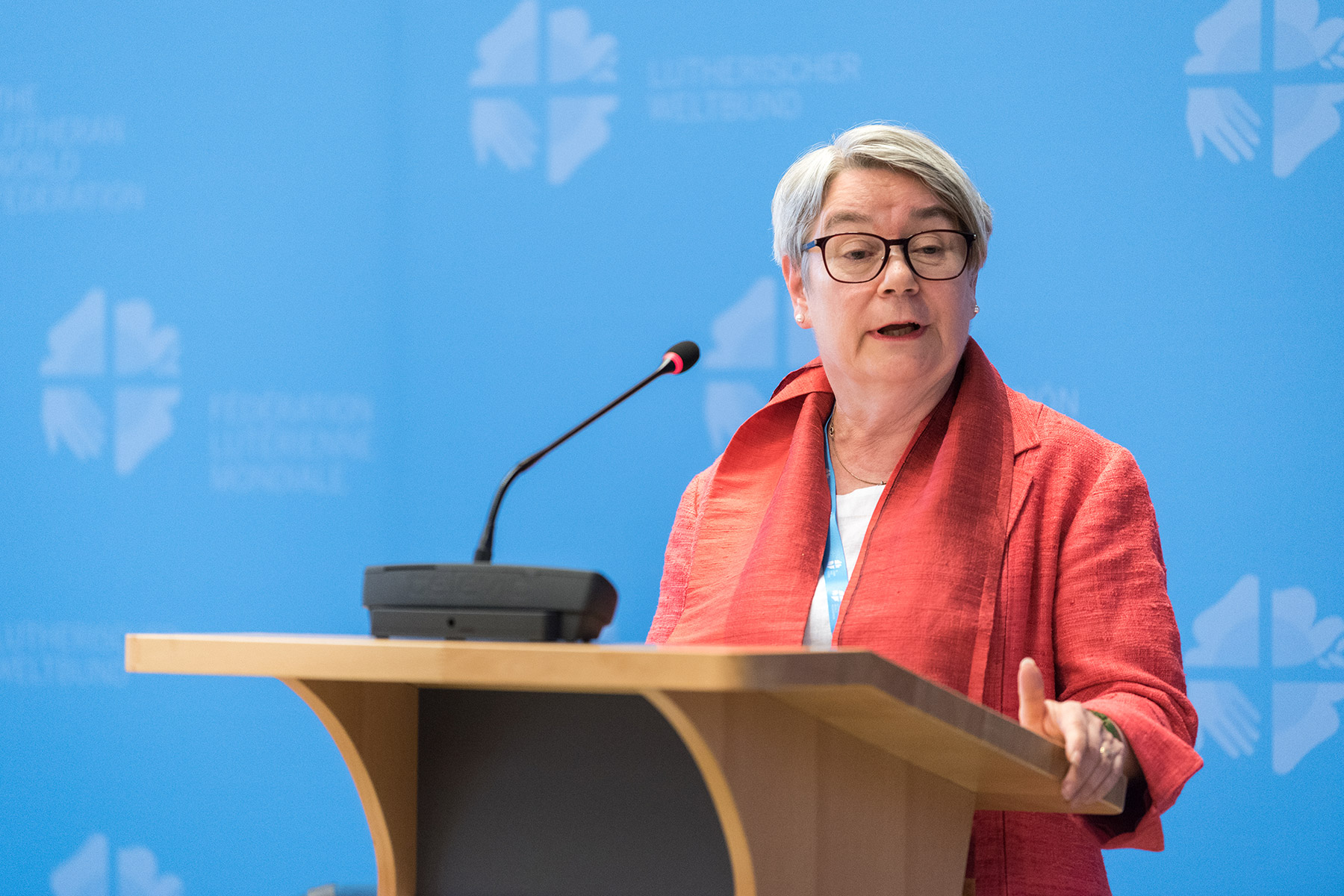 “Our role as a department,” she reflects, “is to deepen theological reflection and to support the work of member churches, helping them to find new ways of collaborating together. Highlighting the theological basis for our advocacy and diaconal work is vital, so we work to form synergies between these different areas. We also represent our member churches within U.N. processes, such as the Commission on the Status of Women or the Universal Period Reviews. And we can even challenge and encourage churches to consider new perspectives, as they strive to remain true to the gospel within their very different contexts.”

Nilsson finishes her role with the LWF later this year and is reflecting with Church of Sweden officials on what the next steps might be. Family life has remained central throughout her career and that of her husband, a Church of Sweden pastor who shared the care of their four children and offered hospitality to the many international colleagues whom Nilsson has welcomed into their home. She has always valued her work with young people, starting with her time in the national youth movement when she visited schools to talk about the work of the church. A book is another option, to follow on from a first volume she wrote about her experiences in Eastern Germany. “How can I still make use of those experiences, whether on a global, national or a very local level,” she muses. “The key, for me, is to do something meaningful and to relate to young people in some way: I just have to figure out what that is,” she concludes.