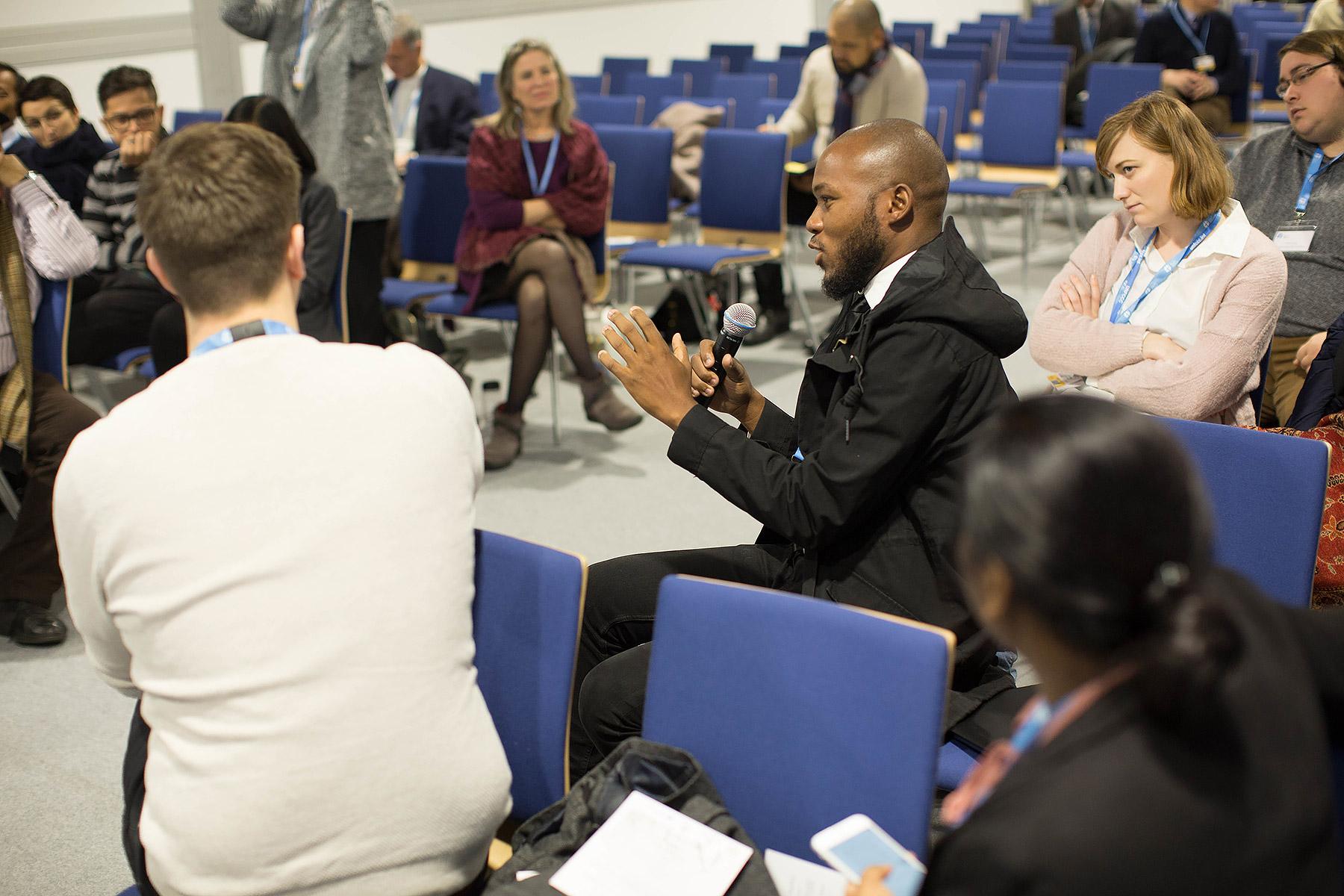 (LWI) - Negotiations at the United Nations (UN) climate conference in Katowice, Poland, have resulted in guidelines that “provide a strong basis to implement the Paris Agreement, but the poorest and most vulnerable have been left behind in this latest effort,” says Ms Pranita Biswasi, secretary for Youth at The Lutheran World Federation (LWF).

Biswasi led LWF’s delegation of seven young people from the communion’s member churches to the 24th session of the Conference of the Parties (COP 24) to the UN Framework Convention on Climate Change (UNFCCC), 2-14 December.

The Paris Agreement guidelines adopted in Katowice, will require countries to follow a set of standards to measure their emissions of gases that cause climate change, and to raise their level of ambition ahead of talks in 2020, when they will commit to their revised Nationally Determined Contributions (NDCs). Developed countries are asked to be clear on their support to less-developed countries toward building cleaner energy systems or to becoming more resilient to the climate-related disasters the latter are already facing.

Throughout the negotiations, Biswasi says, the lack of significant climate action commitments from signatories to the 2015 Paris Agreement was apparent particularly on issues surrounding loss and damage. This is important, she explains, in order to ensure protection and compensation for the most vulnerable who contribute the least to causes of climate change, and yet are often those most directly impacted by its effects.

The climate finance section of the rulebook does not mention loss and damage, Biswasi notes. “And, wherever it explicitly appears, it is restricted to support and action towards structured market mechanisms, which, again exclude millions of vulnerable people who eke out a living from subsistence agriculture, fishing and other forms of livelihood.”

The Talanoa Call for Action

But not all was lost at COP 24, Biswasi says, citing the Talanoa Call for Action, a result of roundtables of government representatives and non-party stakeholders, charting a way forward for global climate action. “Although the outcomes of the Talanoa dialogue are not binding for any of the stakeholders, it is quite encouraging and surprising to see the focus on the role of faith leaders, focus on creation – not for sale, and intergenerational justice,” she notes.

The dialogue members called on “‘spiritual leaders to unlock spiritual pathways to address climate change [and] to help their followers to reconnect with the wonders of nature and creation, nurture love for the planet and foster compassion and reconciliation.’”

On ensuring a secure future for young people, the Talanoa group called on “‘everyone to engage with the concerns that climate change poses for youth, and to take decisive action that leads to better opportunities, security and wellbeing” for them currently and in the future.

The ambition of the climate agreement rulebook, coming soon after the much publicized report of the Intergovernmental Panel on Climate Change (IPCC) on limiting global warming to 1.5C, does not match the threat that global warming poses to the continued existence of human life on the planet, the LWF Youth secretary, insists.

“The findings of the IPCC report were ignored by many parties at COP24.This is injustice for the poor countries. Mostly the least developed countries acknowledged the findings of the IPCC,” Biswasi says of the report, which the LWF has endorsed for its focus on protecting the poorest and most vulnerable and the future generations.

Mr Fabian Wilches, LWF’s Senior Advocacy Officer, who accompanied the Lutheran communion delegation in Katowice, pointed out the lack of human rights’ language in the negotiations and in the final texts adopted at the COP 24. “We hope that governments would work in their NDCs to implement the Paris Agreement from a human rights’ approach as part of their international obligations and responsibilities,” he adds.

Our faith and hope strengthens us for our further work towards building a just, peaceful and reconciled world for all.

Biswasi concludes, “Our faith and hope strengthens us for our further work towards building a just, peaceful and reconciled world for all.”