Strengthening the Unity of Lutherans in Kazakhstan 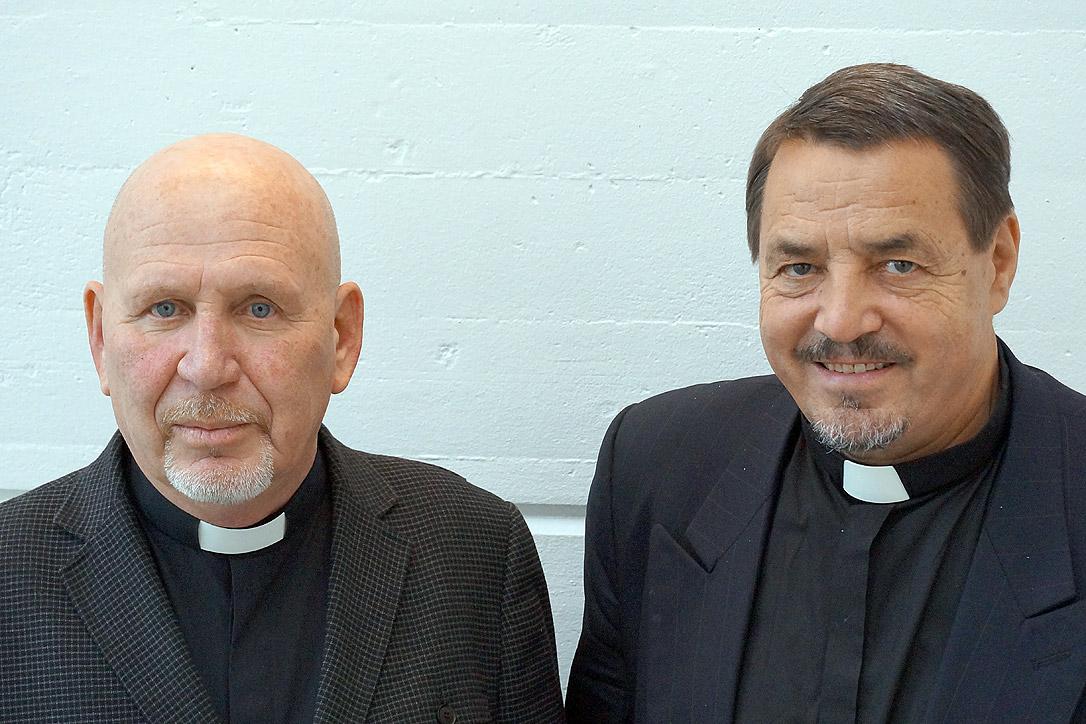 7 March 2014 (LWI) - Every year Bishop Yuri Novgorodov of the Evangelical Lutheran Church in the Republic of Kazakhstan (ELCRK) drives over 40,000 kilometers, a distance equivalent to the length of the equator, visiting the church’s 50 congregations.

Congregations that are included in the ELCRK together with their 10 clergy, are scattered over the world’s largest landlocked country, covering more than 2.7 million square kilometers. The maximum distance between congregations is about 3,000 kilometers.

While ELCRK’s core membership is around 2,500 people, a significantly higher number is linked to the church. In addition, there are some congregations in the country that are not part of ELCRK, and are represented by other Lutherans traditions.

Despite these daunting distances and scattered congregations, the ELCRK’s engagement in public life is growing in Kazakhstan society, a multi-cultural and multi-faith context, Novgorodov told Lutheran World Information (LWI) in a recent interview. This is one of the reasons why the church has begun “taking major steps to strengthen the unity of Lutherans in the country,” Novgorodov added.

The process began in October 2013 when pastors representing the three different Lutheran traditions met for the first time in 20 years and expressed “the unanimous opinion that there was need for unity among Lutherans in Kazakhstan,” he added.

“That all of them may be one (John 17:21),” was the theme of the pastoral congress, held on the eve of Reformation Day, and attended by 21 clergy.

The bishop said such unity is critical for supporting peace and stability in a country where 70 percent of the 16 million inhabitants are Muslim; 23 percent are Orthodox Christians; and seven percent are Lutheran, Roman Catholic, Baptist, Jewish, or non-religious.

The ELCRK’s responsibility for interreligious dialogue is growing and the church has actively participated in the state-organized international Congress of Leaders of World and Traditional Religions, held in Astana every third year since 2003.

“But how can we carry out a dialogue with other churches and communities if we have not yet been able to find a common language even in our small Lutheran society?” the bishop remarked.

“We don’t need to be afraid of differences in traditions and opinions,” he said. “That is not a source of weakness, but our strength. If we could learn to listen to one another, it would enrich us all.”

He expressed gratitude to partner churches and organizations including The Lutheran World Federation (LWF) for their devoted friendship and support, saying he hoped that they will sustain their solidarity towards “building a single, cohesive Lutheran church,” as the Kazakhstan Lutherans embark on this process of unity.

A History of Persecution

Lutheranism in Kazakhstan dates back to the eighteenth century, when German citizens settled in the region. In the war years, they were resettled in Kazakhstan and Siberia. In 1941 alone, around 1 million Germans were deported out of the Volga region to Kazakhstan.

Following the collapse of the organizational structure and spiritual life of the Lutheran church in the then Soviet Union, it was not until 1955 that the revival of the Soviet Lutheran church began in present day Astana. After years of prohibition, a church was registered, becoming the only official Soviet Lutheran congregation. Independence from Communist rule in 1991 brought mass emigration of Germans.

The ELCRK today “is a small church that has survived decades of persecution and prohibition. When we consider the damage done, let us also look at the statistics—from 228 congregations in 1993 to only around 50 today,” Novgorodov noted.

The church also plays an active role in society through its diaconal outreach programs to the elderly and the sick, free meals for the homeless and support to single parents.

The ELCRK’s main challenges include insufficient capacity to educate much-needed church workers including pastors, and the spiritual and financial sustainability of congregations especially in remote rural areas.

Looking forward to the 500th anniversary of the Reformation in 2017, the bishop said for the ELCRK, this would be “a moment in which we need to look back, evaluate the path we have traveled, and make conclusions; and on the basis of those years of experience, we take up the path once again.”

While he expects such commemorations to include Bible conferences, solemn liturgies and so on, Bishop Novgorodov emphasized his major preoccupation: “I will most likely be on the road again, visiting distant congregations, to support and encourage them. This is very important.”

The ELCRK is part of the Federation of the Evangelical Lutheran Church in Russia and Other States (ELCROS), which joined the LWF in 1989.