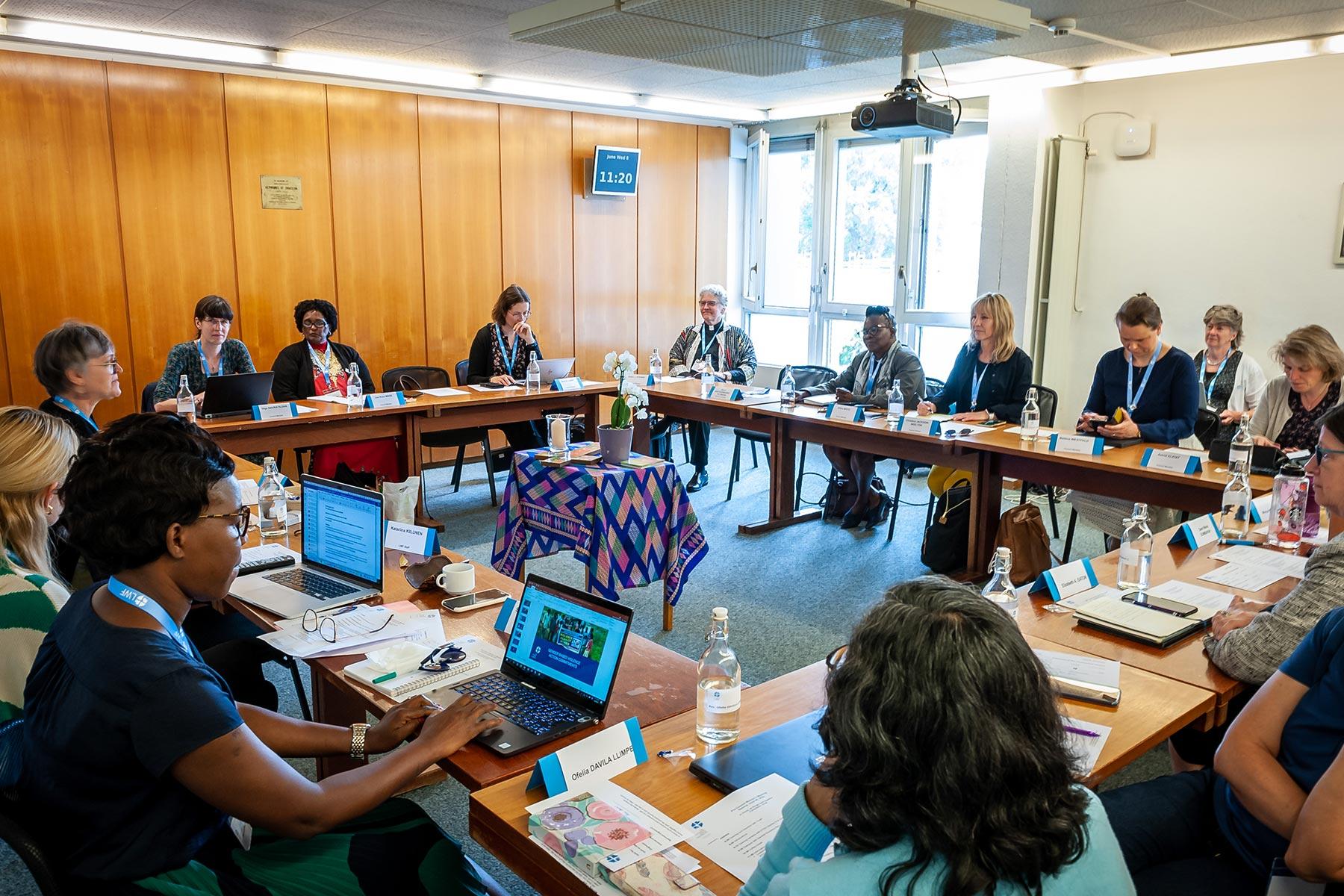 (LWI) - Women leaders representing all regions of the Lutheran World Federation (LWF) gathered in Geneva on 8 June for a Pre-Council meeting where they discussed ways of furthering the work for women’s empowerment and the promotion of gender justice. They looked ahead to next year’s 10th anniversary of the adoption of a Gender Justice Policy by the global communion of churches and shared challenges and hopes ahead of the upcoming Thirteenth Assembly.

Rev. Katariina Kiilunen, LWF’s Program Executive for capacity building and leadership development, shared progress on LWF’s scholarships program which includes a strong focus on gender justice in its rollout of training in both theology and diakonia. The new Hélène Ralivao Fund, launched in 2021, also offers scholarships and shorter courses on theology, gender justice and leadership for women and men in the Africa region. “How can we increase the number of applications and continue to support and mentor our students,” she asked, “especially in those churches which still do not ordain women for ministry?”

LWF’s Advocacy Officer for gender justice, Ms Sikhonzile Ndlovu, highlighted the commitments made by the LWF to support member churches and country programs in their work to prevent and respond to gender-based violence in church and society. These commitments include increased resource mobilization and financial support for survivors, as well as encouraging churches to engage more men and boys in the promotion of gender justice.

Progress on women’s empowerment and inclusion in the churches’ decision-making structures requires a broadening of the conversation to include men and women in a holistic approach to gender justice work.

“While we often talk about social norms and cultural practices that are harmful to women,” she said, “it is also important to sensitize men and boys to the harmful, violent and limiting ideas of masculinity which pressure them to act in certain ways towards women and girls.” The Council members agreed that further progress on women’s empowerment and inclusion in the churches’ decision-making structures requires “a broadening of the conversation to include men and women in a holistic approach to gender justice work.”

Delegates discussed the impact of the Gender Justice Policy, which was approved by the LWF Council in 2013 and has been translated into more than twenty different languages. Its adoption marked a significant milestone of the LWF’s commitment to gender justice and its guidelines continue to inform the work to promote equality and inclusion in many member churches.

Council members highlighted the need to summarize the vision of that document into a short, user-friendly version that can be contextualized and translated into other languages for use among local congregations and faith-based organizations. Participants called for a stronger focus and the sharing of further resources on the theological and biblical roots that underpin all of the LWF’s gender justice work.

Participants also noted that there is “still fear and silence around sharing stories of discrimination or injustice” in some churches. “We still have a long way to go to implement the full vision outlined in the Gender Justice Policy within our member churches,” said Rev. Dr Marcia Blasi, LWF’s Program Executive for Gender Justice and Women’s Empowerment.

Looking ahead to the LWF Assembly, to be held in Krakow, Poland, next year, participants noted the continuing difficulties in reaching the required quotas for women and youth participation in all leadership meetings. In 1984, the LWF approved a quota system requiring 40 percent women and 20 percent youth representatives in order to provide meaningful participation of all people from the member churches. “It is important for us to find ways of encouraging churches in all regions to live up their commitments and to fulfill these quotas,” Blasi stressed.