With stones in our hands to build bridges of reconciliation 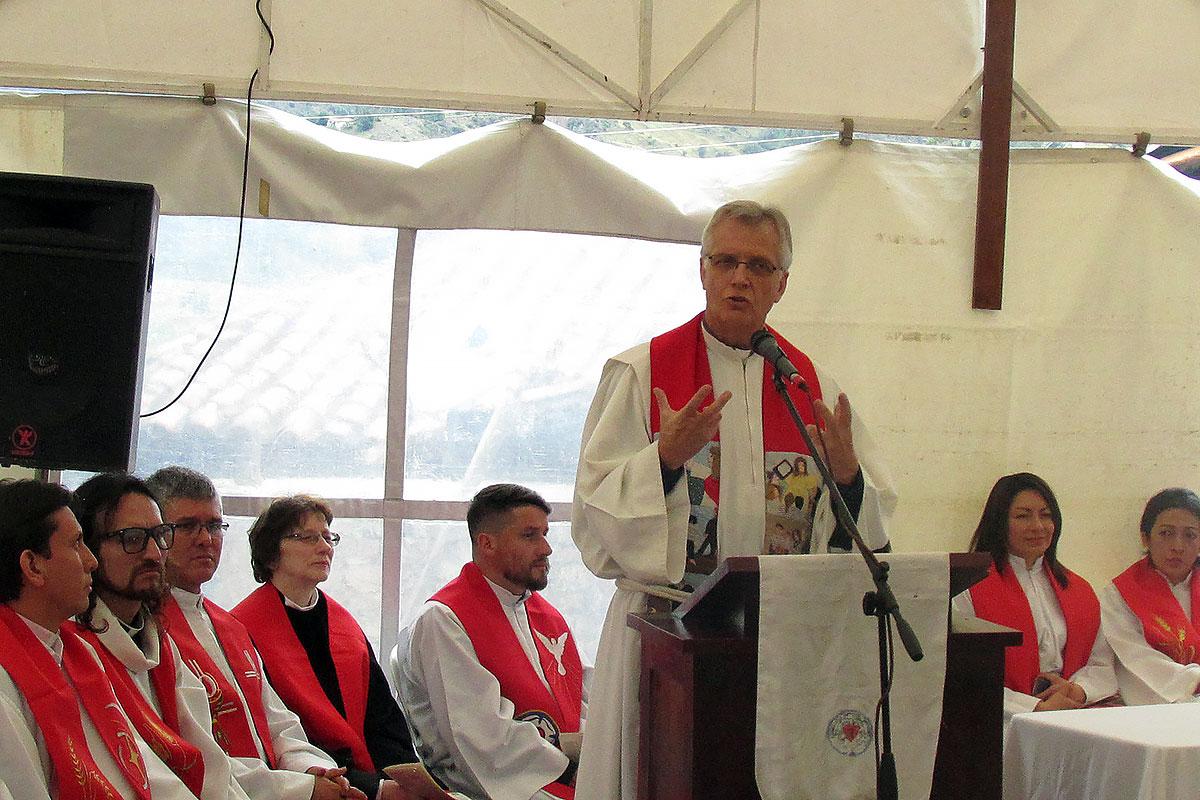 Colombian Lutherans mark 500 years of the Reformation and 81st anniversary

(LWI) – The commemoration of the 2017 Reformation anniversary in Colombia was also a moment to celebrate more than eight decades of Lutheran witness in the Latin American country and to affirm commitment to peace building.

The Evangelical Lutheran Church of Colombia (IELCO) hosted a Eucharistic service on 5 November to mark the 500th and 81st anniversaries respectively. It was held at the Good Shepherd church in Cimarrona village, in the eastern municipality of Socotá, where IELCO’s missionary work began.

The Lutheran World Federation (LWF) General Secretary Rev. Dr Martin Junge was among the more than 400 people participating in the service, which celebrated God’s faithfulness to the church and the possibility for its members to respond to the call for peace building in the country.

IELCO Bishop Atahualpa M. Hernández said it was important to focus on unity with hope for a country that has only recently begun implementing a peace agreement, ending more than 50 years of armed conflict between the government and guerrilla groups.

Preaching at the service, Junge recalled the painful persecution the Colombian church had endured for preaching the gospel of reconciliation. “We would not be here except for the faithfulness of God who accompanied and raised up the women and men who offered their witness in different parts of this divided country.”

He echoed the prayers from the October 2016 Joint Commemoration of the Reformation hosted by the LWF and Roman Catholic leaders in Lund, Sweden. “And if tomorrow God would see us holding stones in our hands, like those we carried in former times, may they not be to be thrown at each other. [ …] Rather, may God find us building bridges so that we can come closer to each other.”

If God returns to find us with stones in our hands, they should not be stones to throw at one another but for building bridges of peace.

Junge said it was important to join IELCO as it commemorated the Reformation anniversary “because I know how much the conflicts of the past burden the memories of many today. I wanted to be with the church as it turns away from conflict and faces communion as God's gift and promise.” He noted this was particularly meaningful in the current context of reconciliation and peacebuilding in the country.

Junge added that the IELCO anniversaries were “an opportunity to give thanks for the fidelity of those who preceded us, women and men who had the courage and strength to stay on message, to continue adhering to the gospel. Because of their determination, we can look to a better future today.”

At the conclusion of the service the choir of San Mateo church, a German-speaking congregation, presented a cantata called “Misa Luterana,” which incorporated different Colombian rhythms.

Junge’s visit included meetings with indigenous people of Puebla Nuevo in the southwest, where the LWF country program in Colombia is supporting peace building initiatives.

A global journey of commemoration
news

‘What unites us is stronger than what divides us’
news