LWF has started giving food aid to people displaced by the extreme drought in Somalia. Many walked for days to reach a place where they would receive aid. In the long-term however, they might need to change the way they live because of climate change. 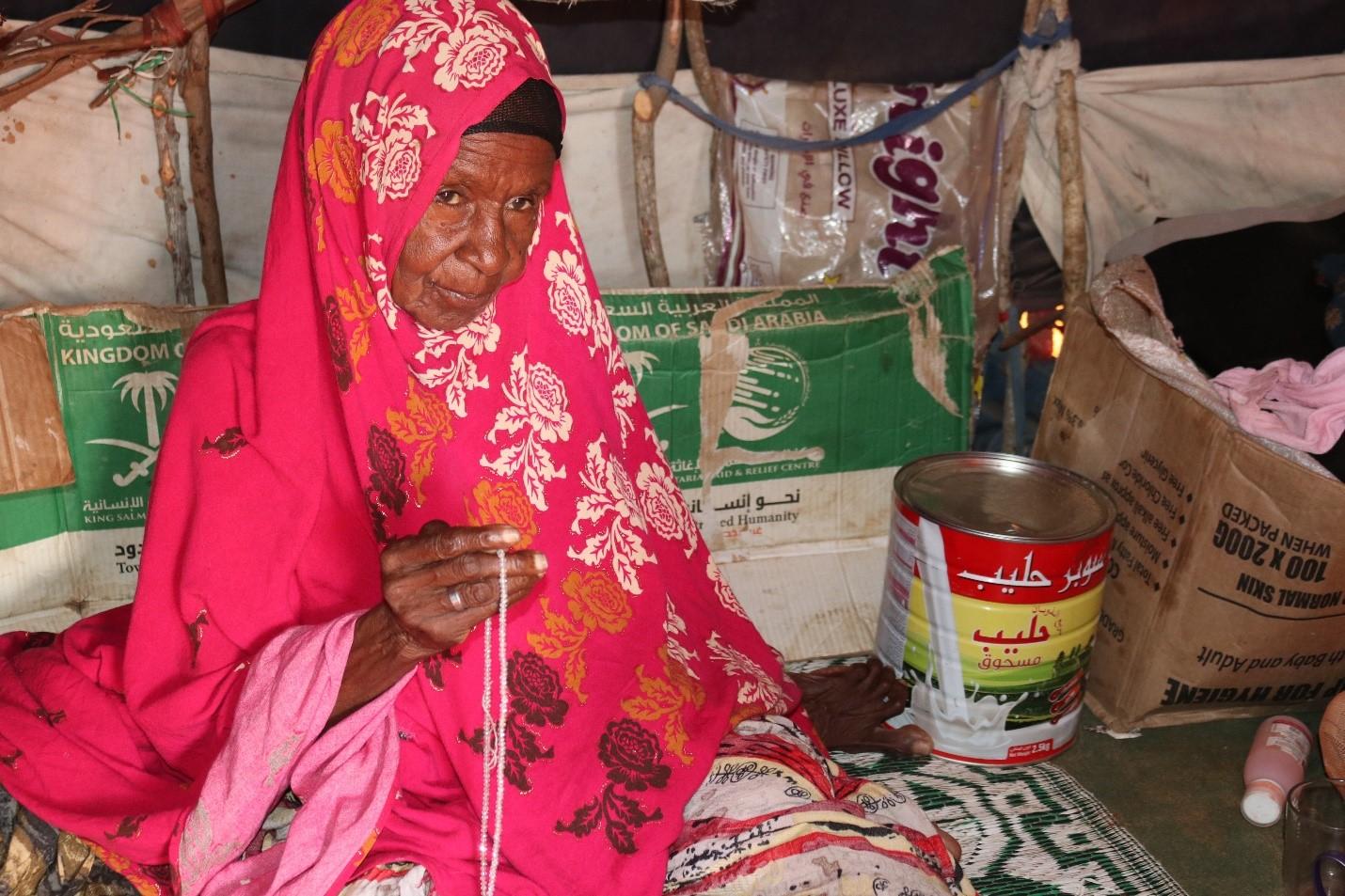 Affected communities will have to adapt to climate change

(LWI) - As the hunger crisis worsens in Somalia, LWF continues to provide food to people in the camps for internally displaced persons (IDP) near Kismayo town in the southwest of Somalia. The IDP camp houses people who migrated from different areas in Jubbaland state in search of food. Many have walked for days, hoping for the aid of international organizations in the camp.

"The drought-induced humanitarian crisis in Somalia is getting worse every day. People, including children and elderly, walk as far as 120 kilometers to reach the camps," says Girma Benti Gudina, LWF Country Representative in Kenya-Somalia. "The lives of the thousands in the camps depend on humanitarian assistance. But unfortunately, people are getting hungrier and increasingly vulnerable to outbreaks of disease."

The people arriving in the camp lost everything to the extreme drought. One of them is Hawa Barawe Ali, a 65-year-old woman from Jubbaland. "I walked for almost three days in the heat; it was excruciating," she said. "I almost went mad, but God has been with me throughout my journey."

Hawa Barawe Ali said she lost 60 cows and 50 goats, leaving her with nothing. So, she left behind her family and started the long journey on foot, with 50 other people. She had to take shelter from wild animals and says there was not much she could take with her: "I left behind every single thing I owned; my only worry was if I would ever make it to a safer place," said Hawa.

In Ceel Jale 1 IDP camp, the 65-year-old was put up in a makeshift tent house using tattered clothes provided by neighbors, which now protect her from the sun and the cold at night. She is one of the people to receive rice, wheat, cooking oil, and sugar from LWF.

"In Somalia, we see migration and displacement because of hunger," says LWF Country Representative Gudina. According to the United Nations World Food Program (WFP), out of the 15.8 million Somalis, 7 million do not know where their next meal will come from. Two hundred thousand are in danger of starving; an estimated 1.5 million children suffer from severe malnutrition. In addition, nearly 4 million people have left their homes in search of food and water.

The drought is primarily due to extreme weather and climate change. Farmers have by now experienced several bad seasons in a row, and humanitarians expect the next dry season for the end of the year. Food prices have multiplied in the entire region; people in Somalia now pay three times as much for sorghum and maize, WFP states. The war in Ukraine is adding to the food shortage, as the Horn of Africa depends on imported grain from Eastern Europe. 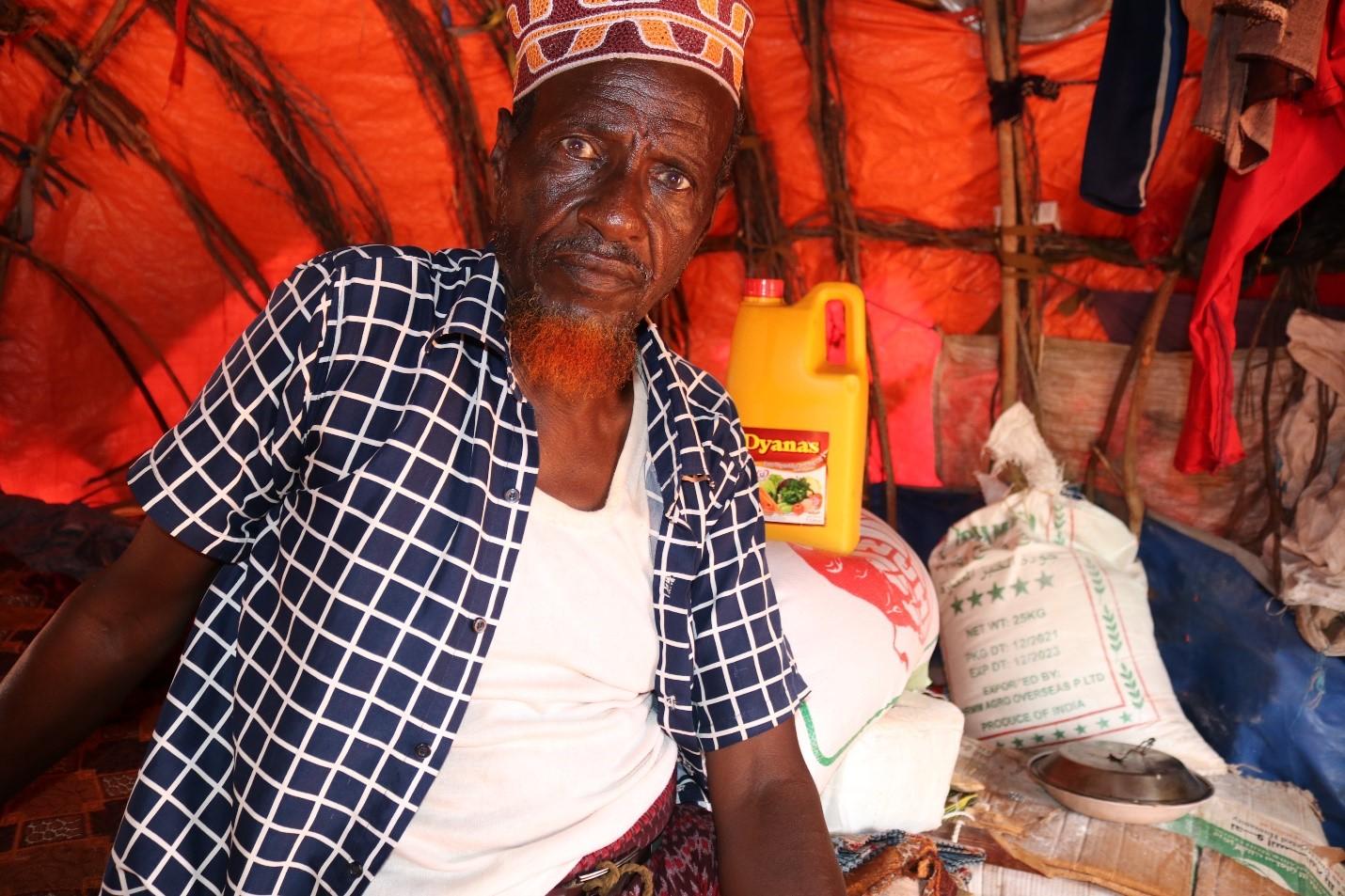 "I stared helplessly at my camels which died one after the other. I lost all my 100 camels, my only source of livelihood, to the drought. This situation has been my biggest nightmare, and I still feel the pain. I am left with nothing now", said Hussein Mohamed Ali, from the rural area of Bualle.

For people in East Africa, livestock is equivalent to savings in a bank account. The loss of such a large herd is comparable to the loss of all their savings to a family. Like Hawa Barare Ali, the 59-year-old man and his family of 13 children decided to flee where they could survive as the drought continued to hit harder by the day.

I stared helplessly at my camels which kept falling down dead one after the other.

He said he and hundreds of others set off on a journey to Kismayo, where they thought they might receive aid. They used donkey carts and accompanied many other families. After traveling for almost four days, Hussein Mohamed Ali and his family reached Ceel Jale 2.

There, they were welcomed and given a small space for a temporary shelter. Hussein Mohamed and his family benefit from the food distribution by LWF. The situation is slightly better than where they came from, but even here, there is not enough food for everyone, said Hussein Mohamed Ali. "Sometimes families in the IDP camp receive food rations, but not all are lucky to get something."

LWF is supporting 500 households with food and aims to reach at least 1,000 families (about 6,000 persons) in the next few months with food, water, and hygiene services and community-based psycho-social support. Gudina, however, already thinks about a longer-term solution. 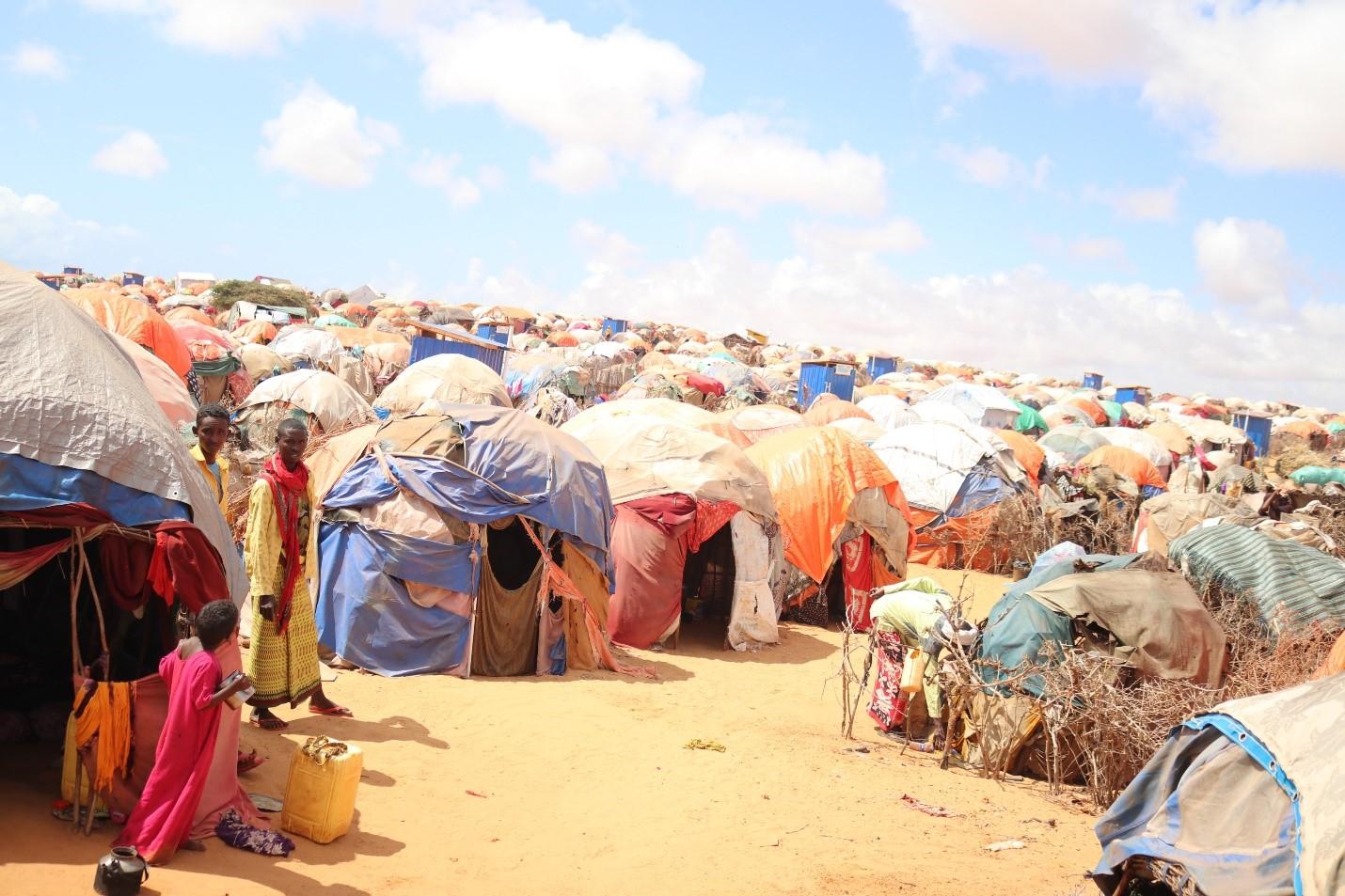 Huts made of old clothes in the Luglow DP camps near Kismayo. Tens of thousands came here in search of food. Photo: LWF/G. Gudina

Fishing and farming instead of livestock?

"While providing humanitarian assistance, we also need to think about rebuilding the livelihood of the affected communities," he said. "The households in the IDP camps have lost their livestock to the drought. As the drought continues and might worsen, we will not help people for long if we only provide goats and camels again." 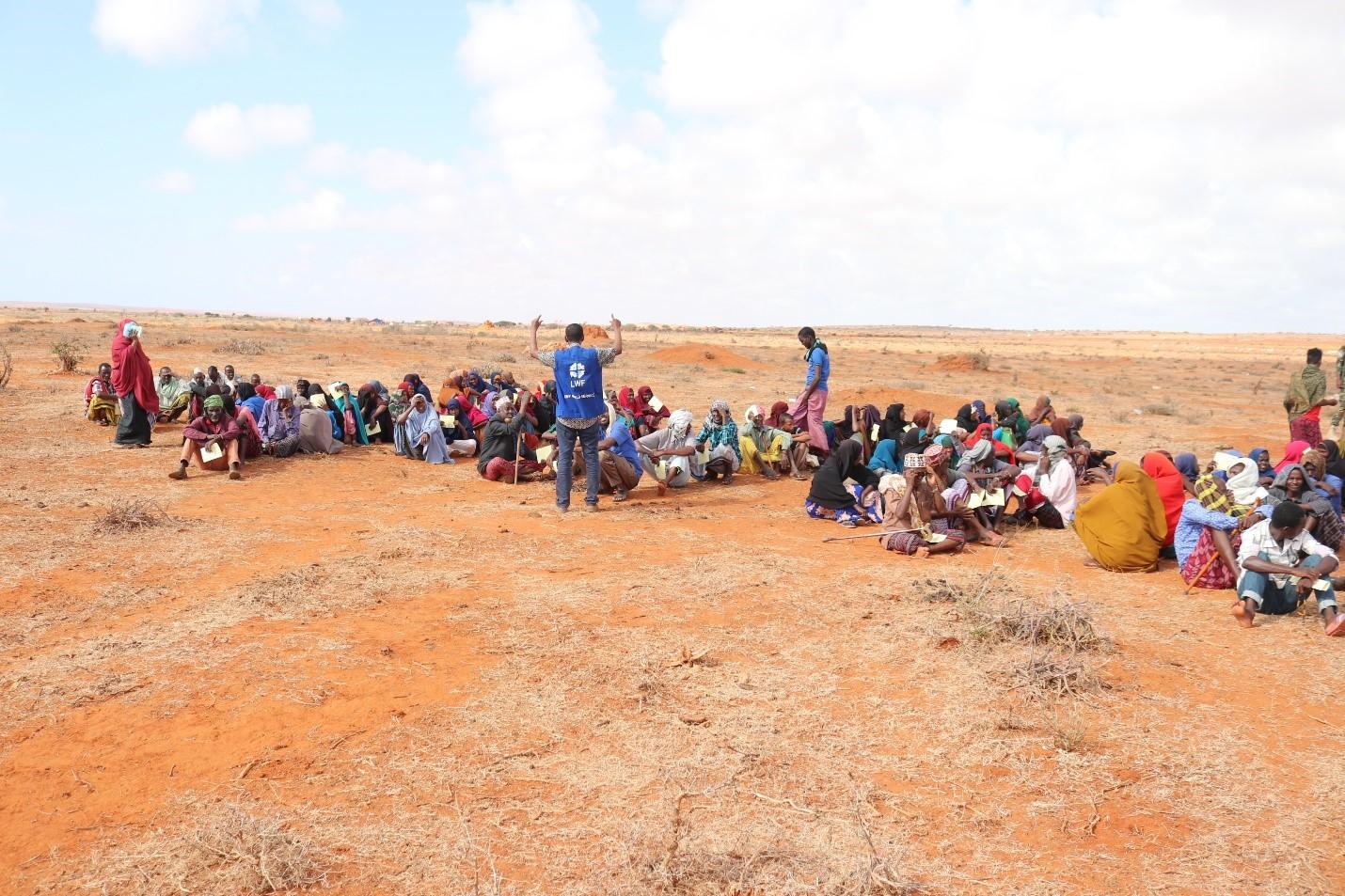 The traditionally pastoralist people of Jubbaland might have to change a lifestyle that has been theirs for generations. Gudina thinks about alternative sources of food and income, more adapted to climate change. "We could test, for example, irrigated farming along perennial rivers such as the Juba River, fishing along the coastal lines, and technical and vocational skills training for the youth," he said.

"This is a big change for the pastoralist communities, who have been keeping livestock for generations. We need to discuss with them what is possible, and of course, we need the help of all our partners to finance this transition."