The slow road to recovery after hurricane Matthew 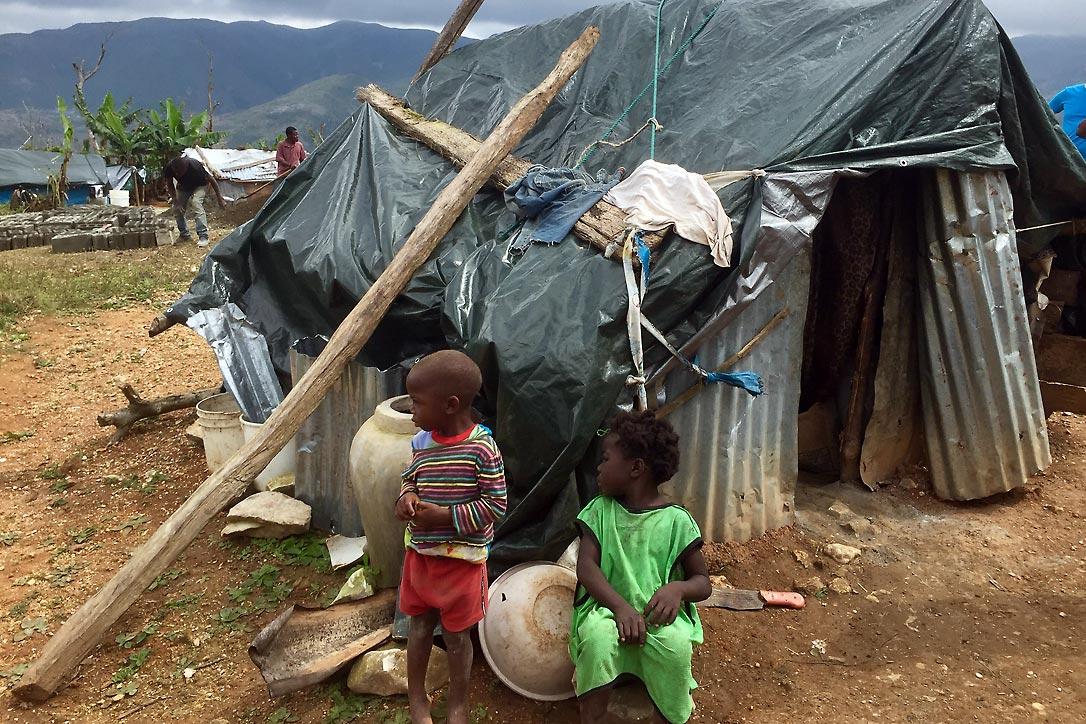 Like the family of Polonne Jean-Louis, many people still live in makeshift shelters after hurricane Matthew destroyed their homes. Photo: LWF/M. French

(LWI) At the height of hurricane Matthew, Polonne Jean-Louis, 50, and her six children found shelter in a concrete water reservoir under construction, together with 200 other people. The water reservoir at the time was being constructed by Fondation Nouvelle Grand'Anse (FNGA), a partner organization of The Lutheran World Federation (LWF) in the Grand’ Anse region of Haiti. 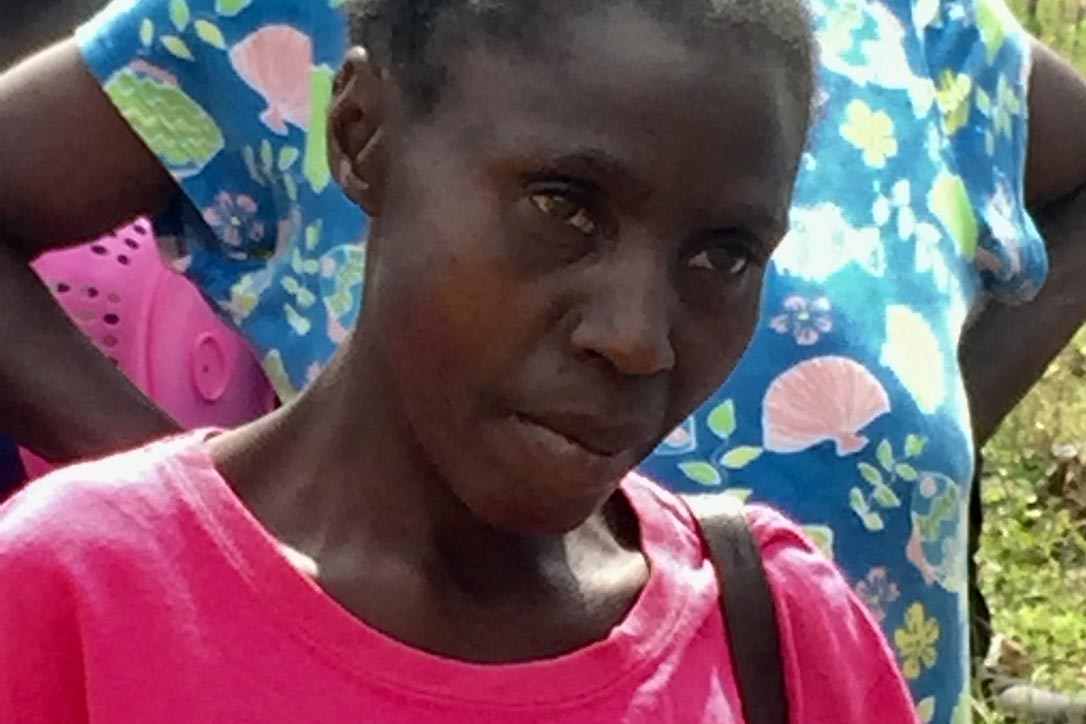 On that night the reservoir saved the life of Polonne Jean-Louis’ family, and many others. 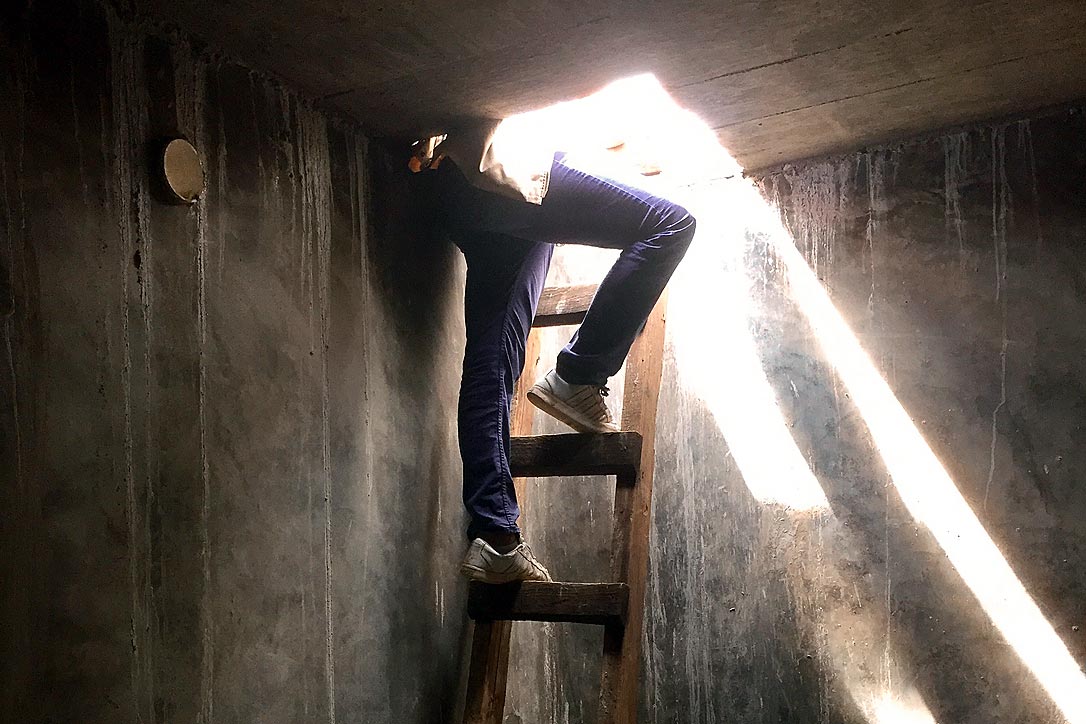 Photo: The water reservoir which saved more than 200 people in Macaya.

Polonne Jean-Louis lives in the community of Bonel, Haiti, high up in the mountains of the Macaya area. Four months after the hurricane devastated the Grand'Anse region of Haiti on the night of 3-4th October 2016, people are rebuilding their lives. The need is still great, and LWF and partners are focusing on helping people get back to normal life, and to move on. 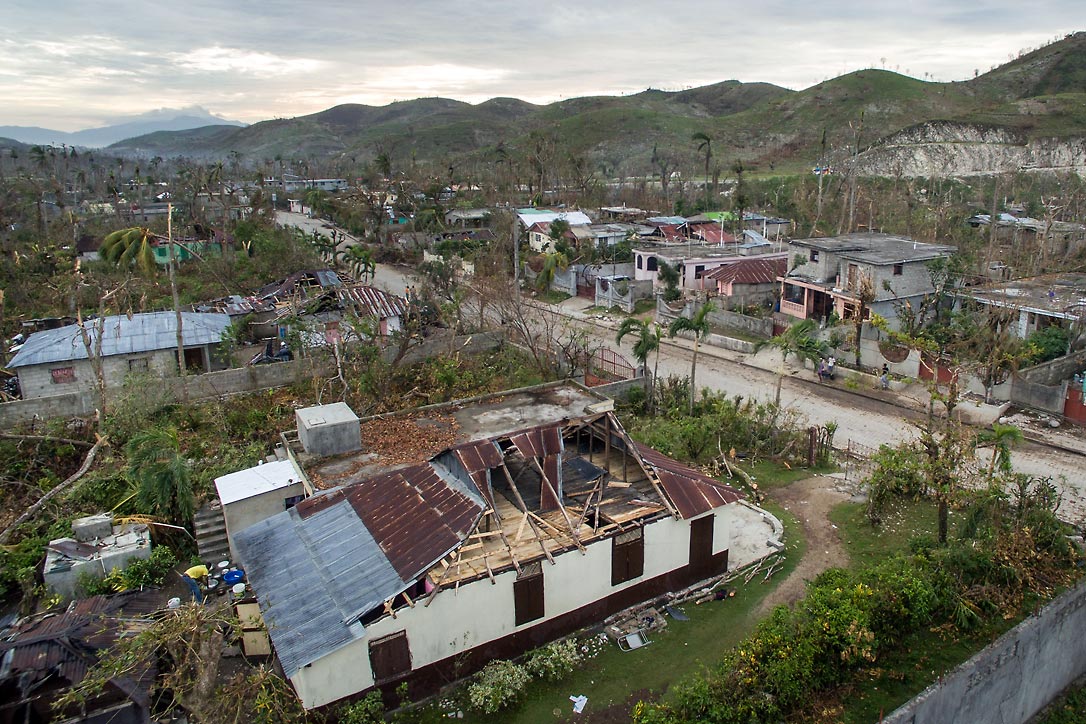 Photo: The devastation caused by the hurricane in camp Perrin, as seen in October 2016. Photo: DKH/ Thomas Lohnes

Immediately after the hurricane, trees, roofs and buildings were destroyed; rivers rose covering the area in two meters of flood water, mud slides and flows left large areas smeared with debris. Some buildings designated as shelters were blown away. People were dazed and confused. 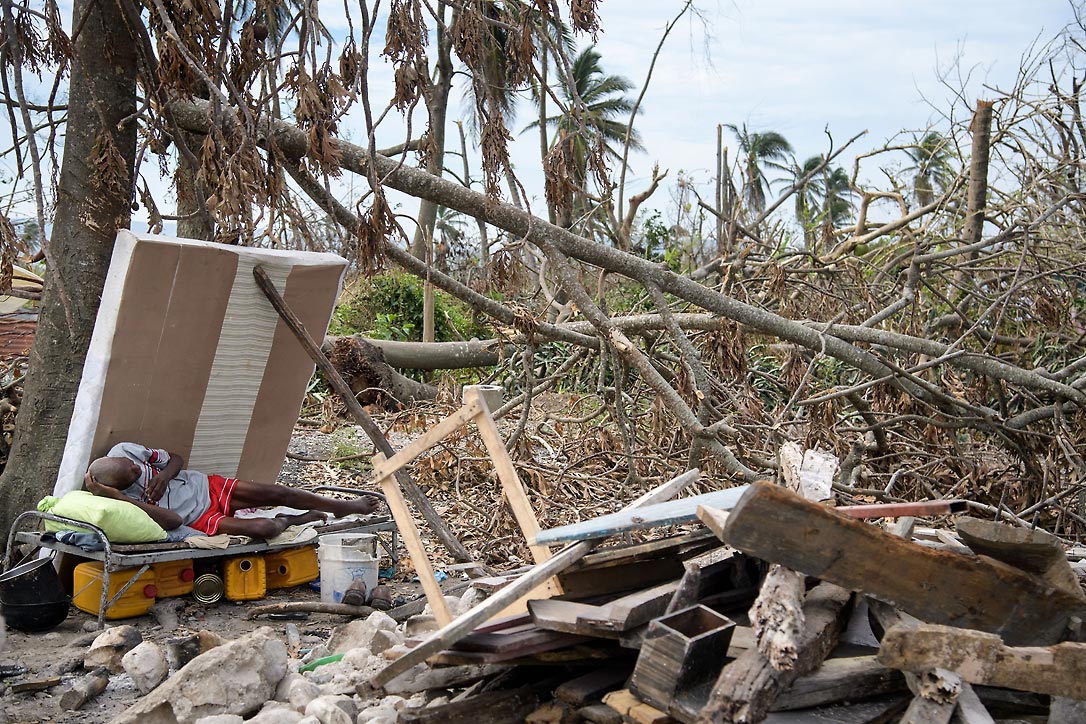 Photo: A man sleeps in a shelter he built with what was left from his home. Photo: DKH/ Thomas Lohnes

After the immediate emergency aid, providing the people with shelter, food, water, hygiene kits, cash and psychosocial support, LWF and partners five months later are focusing on supporting people in rebuilding their lives. To ensure maximum impact and effective use of funds, LWF is forging an integrated country programme in Haiti with sister agencies Diakonie Katastrophenhilfe (DKH) and Norwegian Church Aid (NCA). That collaboration is already bearing fruit in terms of greater effectiveness and more comprehensive response, both when the crisis hits, and over the long-term.

What makes the difference is that we were there before Hurricane Matthew, and we will still be there with the community long after.

Haiti is located in a hurricane corridor, a disaster like “Matthew” can occur every year. The country is prone to earthquakes and drought, and there is ongoing political instability so  there is no telling when the next crisis may hit. LWF and partners aim to enable people and communities to weather future crises, whether natural or man-made, an ability that is best described with the word “resilience”. 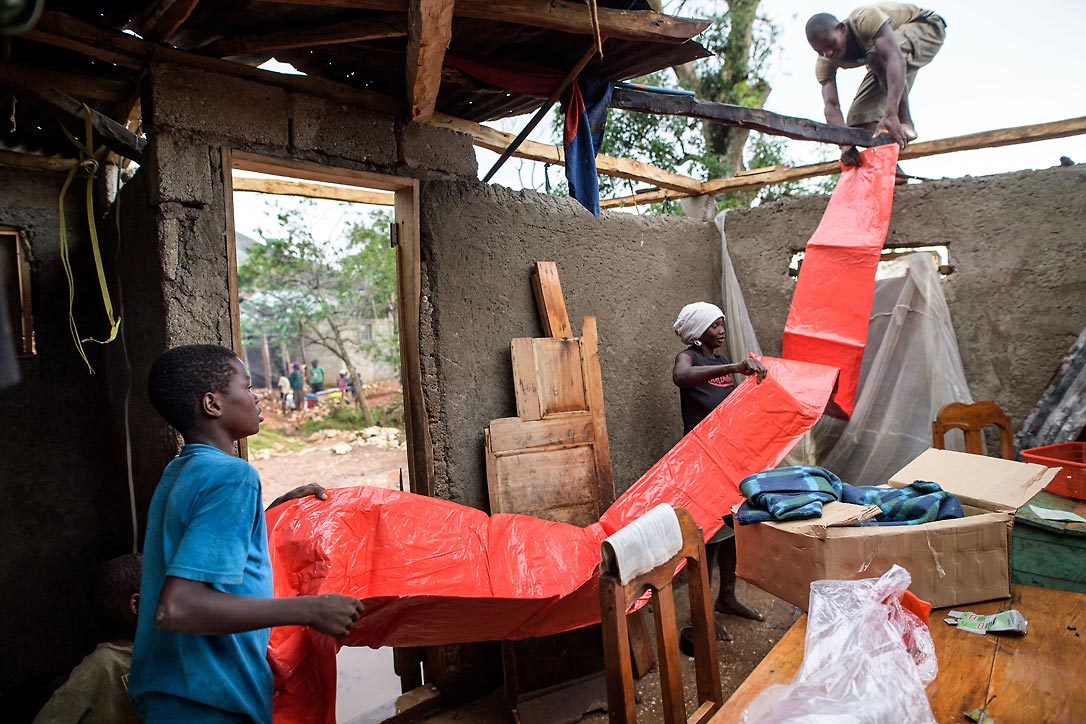 Photo: A family is building a roof with a shelter kit handed out by LWF, DKH and NCA. Photo: DKH/ Thomas Lohnes

“This is where the 'before, during and after' approach makes a difference,” says Michael French, LWF Regional Program Coordinator for Haiti. “Trust has been built with communities, and they themselves are better organised and empowered, knowing their rights. The immediate response is quicker, and more survive; the longer-term rebuilding is done with the community at the centre of the decisions.”

What made it possible to respond promptly to people like Polonne Jean-Louis is the fact that LWF, DKH and NCA are committed to being community-based, working for people's rights, and supporting their resilience in the long-term, rather than just flying in during emergencies.

FNGA's work is an example of that. Whilst some international aid focuses on the more accessible populations, LWF and partners work with those who are further away, and therefore more vulnerable. Jude St Gilles of LWF partner FNGA explains “Our partners from FNGA staff arrived here within 48 hours of the disaster, after struggling for six hours on foot through the devastated landscape. They estimated that more than 600 people had lost their lives in this area alone.” 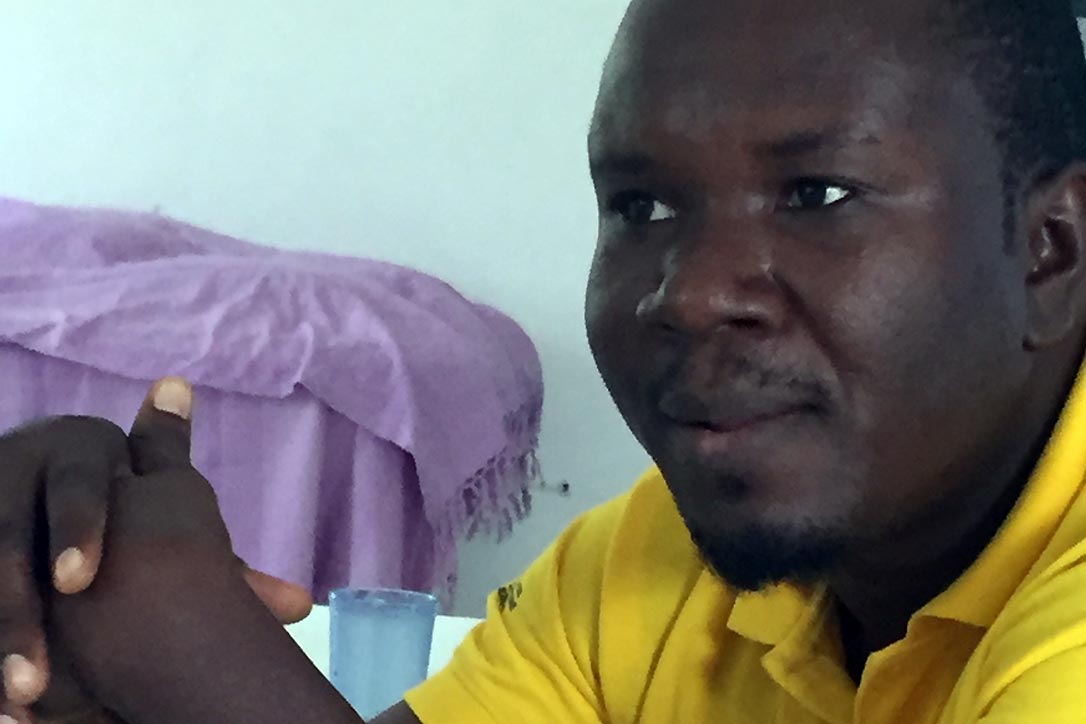 Even though the disaster happened months ago, the people of Haiti still need support. LWF supported people to rehabilitate farm land and distributed seeds right after the storm to re-plant their devastated fields, but they will only produce crop in the coming months. Meanwhile, people are hungry. In Castillon, 950m above sea level, support from the Canadian Food Grain Bank provides 'food for work': 12 days' work rehabilitating roads will provide a month's food for a family. “It is touching to hear that many share the food with others beyond their immediate family : a powerful sign of solidarity despite their own acute need,” Michael French says.

People are also given cash, which is increasingly proving the most effective way to support people in crises. Starry Sprenkle, Haiti director for the joint LWF/DKH/NCA programme, explains: “They can decide for themselves what is most needed, and in allowing them to do so, we respect their dignity. After all, they are the ones who will rebuild their future; the international humanitarian community is simply there to enable and accompany them in that challenge.” 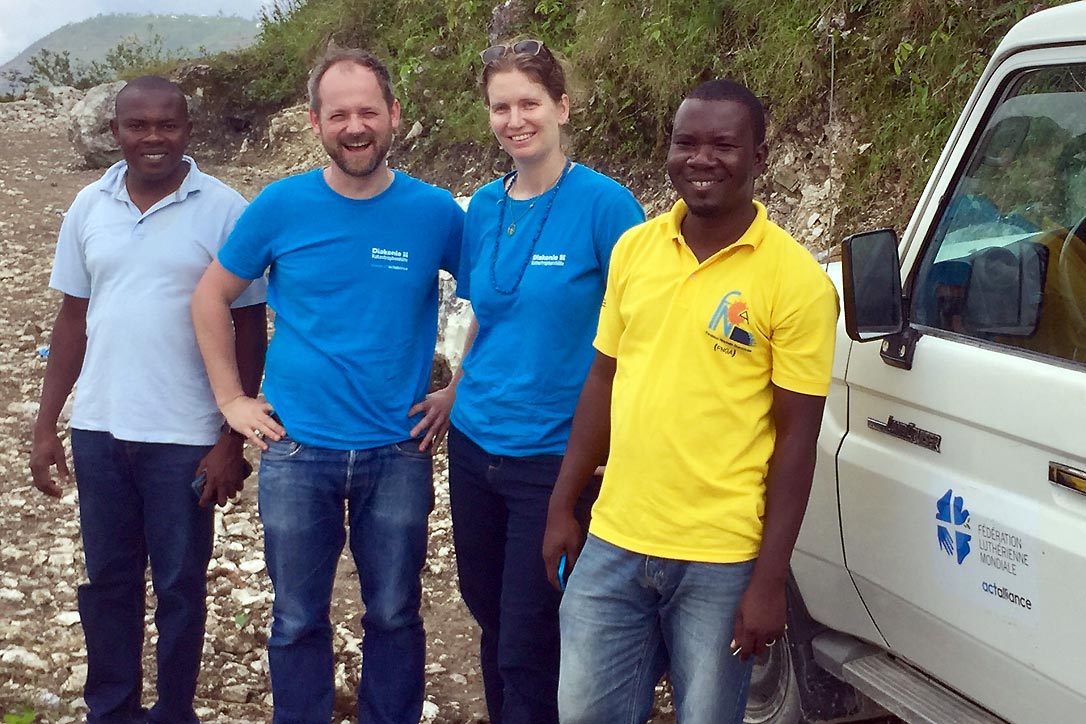 Polonne Jean-Louis is still living with her children in the tiny makeshift shelter where they have been ever since their house was flattened by the hurricane. LWF and partners will continue working to enable families like hers to build a proper home, and continue rebuilding their lives.

"What makes the difference" says Jude St Gilles, "is that we were there before Hurricane Matthew, and we will still be there with the community long after."