Shelter and blankets after hurricane Matthew 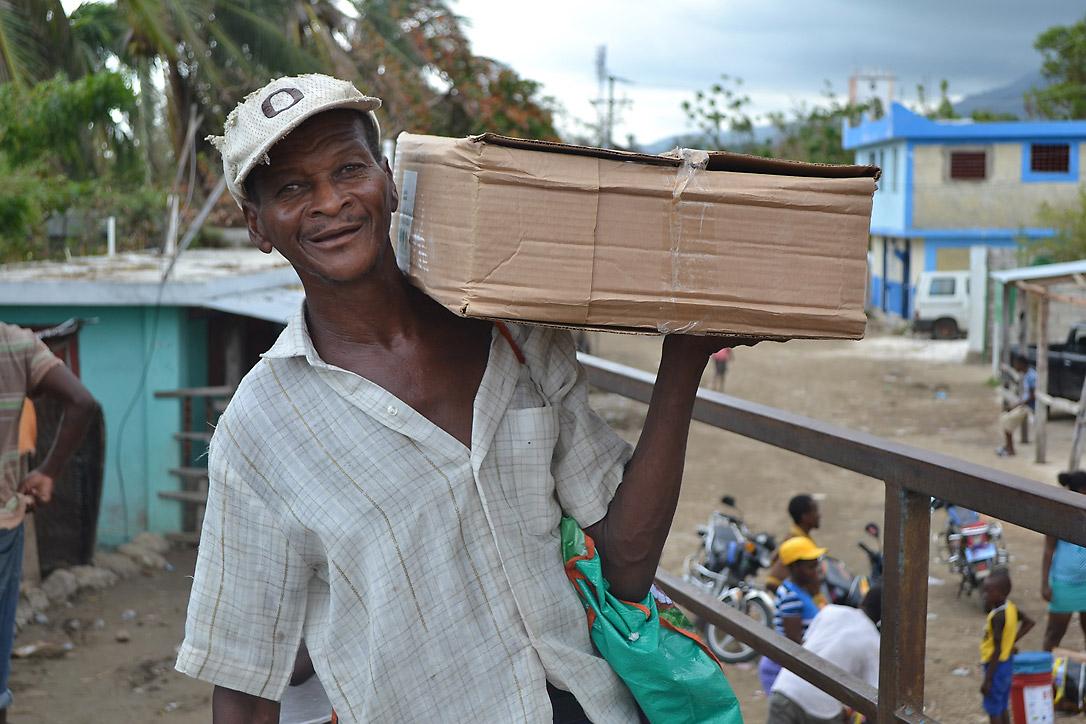 (LWI) – As the full extent of the hurricane damage in Haiti becomes evident, The Lutheran World Federation (LWF) has started distributing relief goods to the affected population in the south eastern regions of the Caribbean state.

Haiti was hit by category 4 hurricane Matthew on 5 October. The tropical storm made landfall in a country still suffering the effects of the 2010 earthquake, devastating large areas especially in the south east. According to UN data 473 people have died, 75 are reported missing and more than 175,000 people have been displaced. Some 1.4 million people need emergency assistance, nearly half of them children.

"The town of Jérémie, where LWF has been working since 2009, is completely destroyed,” says Sylvie Savard, head of the joint office of LWF and Diakonie Katastrophenhilfe in Haiti.

Breger Mervenia, from a village near Jérémie, said to a joint assessment team of ACT partners: “When the water came, we fled into a school building, but the current pushed us out. We then sought shelter somewhere up the hill." The school she refers to was shattered to pieces. The team saw children and teachers trying to recover books and pens from the debris. The entire village was flattened by the storm. Huts were swept away by wind and floods, fields destroyed and animals died. People were left without shelter and drinking water.

LWF and local ACT partners have been distributing relief goods since 8 October, when affected areas were accessible again. More than 1,000 families have received food, shelter and hygiene kits so far, Savard says. “It is still extremely challenging to provide relief. Roads have literally been washed out, access is extremely difficult. The team has to “open the roads” which requires quite a bit of manual labor.

“At the moment, people need food, safe drinking water and hygiene kits to prevent a cholera outbreak,” Savard continues. Unofficial reports have confirmed cases of cholera in the areas flooded by the storm. She adds that the people who partly still live in emergency shelters also need clothes and psychosocial support.

The greatest concern for aid workers is the massive loss of agricultural products and livestock. “This would have been the first harvest after the drought,” Savard explains. “Now the fields are destroyed. Thousands of animals have died. In the long term, we need to help people re-establish livelihoods to avoid a famine.”

LWF has been present in Haiti since 1995, helping the people rebuild their houses and livelihoods after the devastating 2010 earthquake. In a joint office with Diakonie Katastrophenhilfe and together with other ACT partners LWF coordinates relief efforts in the south and southeast.