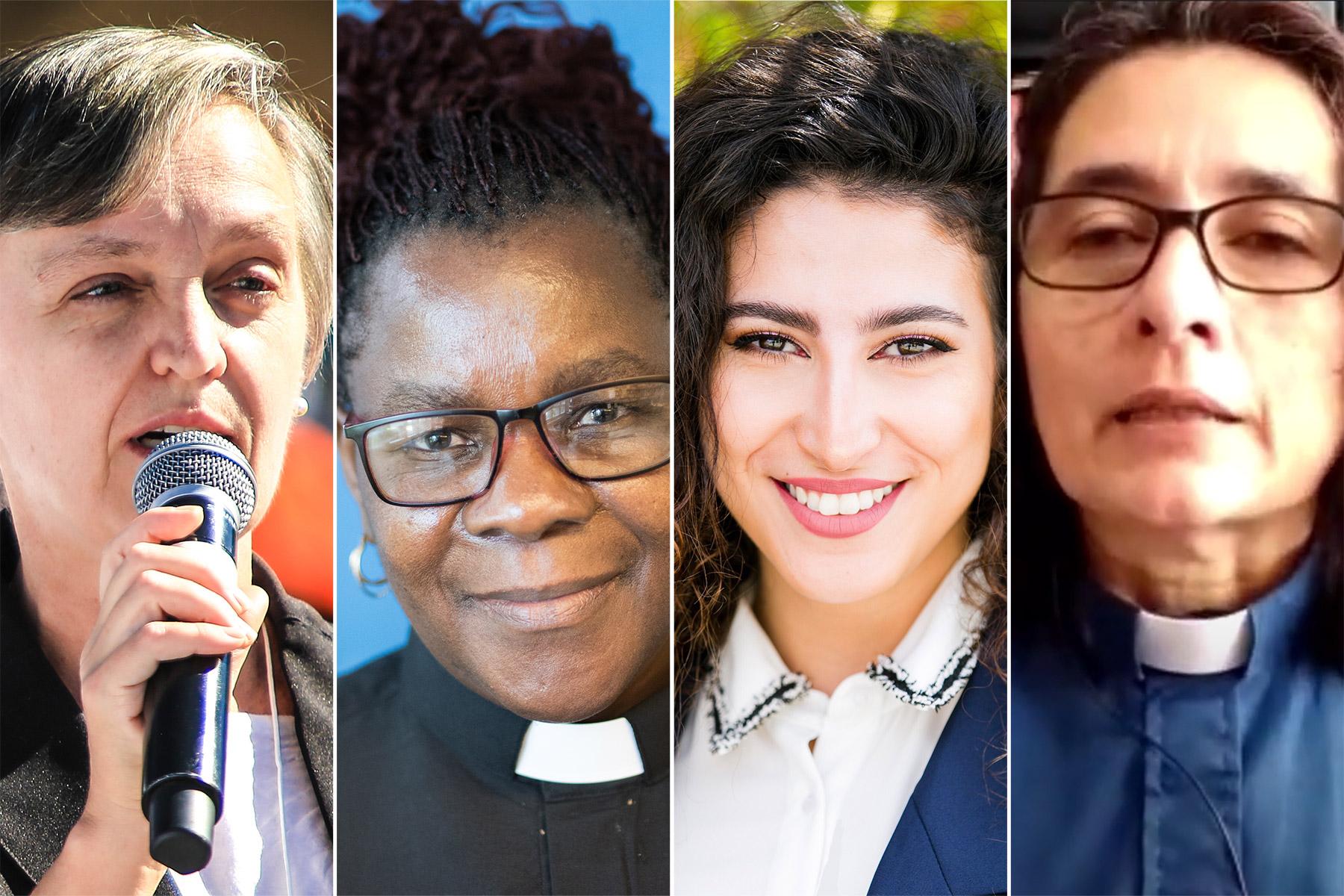 (LWI) - From ancient Greek mythology to 21st century politics, women's voices have been routinely silenced, suppressed and excluded from the public square. Churches and faith-based organizations today have a responsibility to challenge such persistent patriarchal attitudes and actions, becoming a driving force for change at both national and community level.

That was the urgent call shared by gender justice advocates from Brazil, Zimbabwe, Palestine and Colombia, who took part in a panel discussion at the United Nations’ Commission on the Status of Women (CSW). The 16 March event, entitled ‘Women of Power: Leading together for a Better Future’, was organized by the Lutheran World Federation (LWF) and the Evangelical Lutheran Church in America (ELCA). The LWF has a large delegation at the CSW65, which is focused on women’s participation in public life, ending gender-based violence and empowering women and girls.

The panelists included Rev. Dr Marcia Blasi of the Evangelical Church of the Lutheran Confession in Brazil (ECLCB), recently appointed as LWF’s new Program Executive for Gender Justice and Women’s Empowerment. Speaking as a theology professor and coordinator of the gender and religion program at Faculdades EST in São Leopoldo, she pointed to a “backlash” against women’s rights in Brazil over recent year. Conservative churches, she said, have “teamed up” with populist politicians to reinforce the “old-fashioned narrative that puts women in their place, in submission.”

Often “feminism and gender are portrayed as evil […] but our hope comes from reading the bible together.”

Blasi said “theological institutions and progressive churches are called to speak out” and to “create new narratives” by “inviting women to read the Bible from a feminist perspective” in their contemporary context. Last year, during the COVID-19 pandemic, she noted, her church supported a campaign for “a home without violence” providing a hotline and free workshops to help combat domestic violence. Often, “feminism and gender are portrayed as evil,” she said, but “our hope comes from reading the bible together.”

Rev. Elitha Moyo, the Gender Justice coordinator of the Evangelical Lutheran Church in Zimbabwe (ELCZ) insisted on the need for churches to challenge government policies and to empower women with “a deeper understanding” of Scripture.” Noting that “even non-church goers will quote the Bible” to reinforce harmful gender stereotypes, she said the ELCZ is supporting women through advocacy and resilience building, as well as training in livelihood skills and advice on “how to take up cases of abuse using referral pathway systems.”

As part of the leadership of the national Women’s Coalition of Zimbabwe, Moyo said “we always raise concerns about women and land” ownership because “few women have been able to benefit” from the land reform program. Though the government has put forward a new Land Distribution Act, she said, “most, if not all women in rural Zimbabwe have no access to information and no idea how to go about it.” The church, she pointed out, “is there in the remotest areas and can help to interpret these laws to the community.”

Palestinian panelist, Ms. Tamar Haddad, a student at California Lutheran University and author of ‘The Future of Palestine: How Discrimination Hinders Change’, spoke of the persistent problem of honor killings in her region. Noting that some 90 women were murdered in Jordan and Palestine last year for “damaging the reputation of the family,” she said her book was inspired by a friend who was a victim of one such honor killing.

Haddad, who also designs and implements leadership development projects, spoke of the vital support she has received from the ELCA’s International Women Leaders Program and from her own church, The Evangelical Lutheran Church in Jordan and the Holy Land. “My country is very religious,” she said, so “churches play a very, very important role in ending oppression and suffering” for women.

A fourth panelist, who emphasized the vital role of the church in changing “ingrained patterns of patriarchy,” was Rev. Liria Preciado, a pastor of the Evangelical Lutheran Church of Colombia. She highlighted the work of her church in accompanying women, adolescents and children, seeking to “break down the distances between men and women” in order to decrease gender-based violence.

Patriarchal narratives in her country, she said, have eroded women’s belief in themselves. A key part of her work, therefore, is “to strengthen their self-esteem” by teaching them that they are both “loved by God and valuable members of society.” At the same time, she insisted, the church must support skills training and call on the government for jobs creation for women.

Panelists stressed that the post-pandemic period can offer an important opportunity to shape new cultural narratives and to empower women in leadership at all levels of church and society. “As Lutherans,” said moderator Dr Mary Streufert, ELCA’s Director for Justice for Women, "we believe that God creates and calls all humans to be involved in public life—and to be safe from violence.”

The Lutheran World Federation is participating in the CSW with a delegation of over seventy members from more than 30 countries, lifting up the voices of women and men working as gender justice advocates in different parts of the globe. Coordinated by the Lutheran Office for World Community in New York, participants advocate with government delegations and take part in many public events in collaboration with ecumenical and interfaith partners.