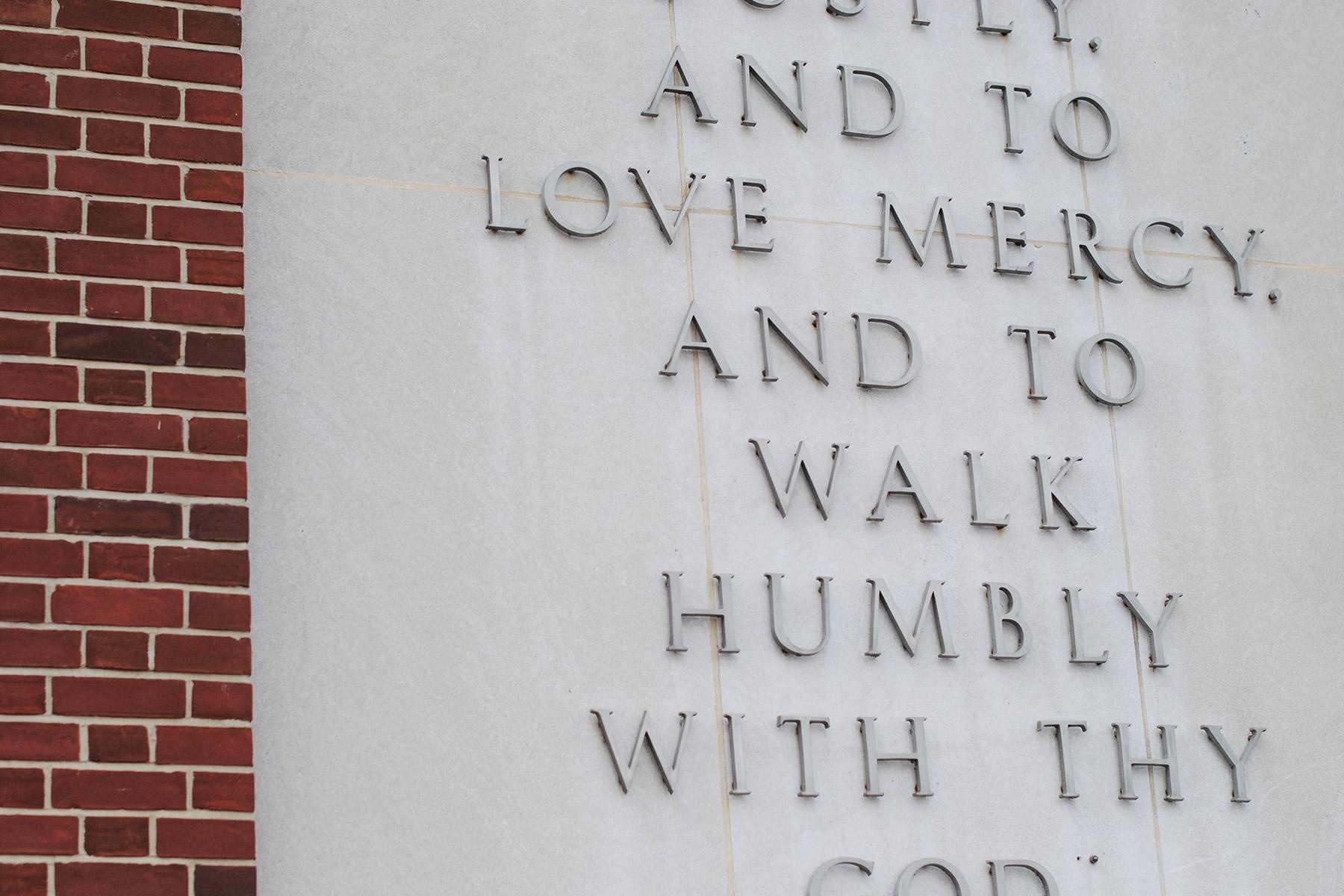 Ecumenical experts at an Anglican-Lutheran Society conference reflect on the need for humility and a critical self-examination on the path to Christian unity. Photo: Unsplash/Michaela Murphy

Anglican Lutheran Society conference on ‘Stumbling Blocks and Springboards: working together for reconciliation’

(LWI) - Where are Lutherans, Anglicans and Catholics headed on the journey towards renewed Christian unity? How has that destination changed over the past half century of ecumenical dialogues? Are the obstacles simply between our different world communions or are they increasingly to be found within our own church walls?

Those were some of the difficult questions up for discussion during a 21 May online conference of the Anglican-Lutheran Society entitled ‘Stumbling Blocks and Springboards: working together for forgiveness and reconciliation’. The Lutheran World Federation Assistant General Secretary for Ecumenical Relations, Prof. Dr Dirk Lange and Finnish Bishop emeritus Eero Huovinen, co-chair of the Lutheran- Roman Catholic International Commission on Unity, joined Anglican and Catholic colleagues to share views and challenge each other on how to move towards closer Christian communion.

Ahead of the online discussion, Bishop Huovinen was one of four ecumenical experts who reflected on the key questions of dialogue and ecclesial identity in pre-recorded presentations. The former bishop of Helsinki highlighted recent steps along the journey “from conflict to communion” between Lutherans and Catholics, reiterating that “Luther and the Reformation did not establish a new church” but rather, he was building on “the faith of the apostles and the faith of the early undivided church.”

Focusing on current obstacles, Bishop Huovinen raised the question of internal debates and tensions over church identity, asking “Why are we Lutherans sometimes so afraid to speak about the church as a sacramental entity?” He reflected on the difficulties posed by the Catholic definition of Reformation communities as “not church in the proper sense”, challenging both denominations to reflect more deeply on their own self-understanding.

Also sharing pre-recorded reflections were two Catholic experts, Sr Prof. Susan Wood, Academic Dean of Regis College at the University of Toronto and Archbishop Bernard Longley of Birmingham in the UK, alongside Deputy Secretary General and Director of Unity, Faith and Order for the Anglican Communion, Rev. Dr Will Adam. The panelists were joined by Prof. Lange and by Bishop Brian Farrell, Secretary of the Pontifical Council for Promoting Christian Unity, during the discussion, chaired by Bishop Jana Jeruma-Grinberga, Co-President of the Anglican Lutheran Society.

Reflecting on the significant ecumenical milestones achieved through dialogue in recent decades, Prof. Lange noted that progress is achieved when communions are able to take a critical look at their own self-understanding. In the development of their Joint Declaration on the Doctrine of Justification, he said, Lutherans and Catholics looked critically at their own doctrinal statements in light of historical context, renewed biblical scholarship, recent theological developments and contextual realities.

Conversion is possible for an individual but we must ask what form does it take for an institution?

The search for Christian unity, he continued, is “inevitably bound to the search and ongoing renewal of one’s own ecclesial identity.” Being open to transformation or conversion is difficult, he stressed, “because ecclesial identity is intimately related to one’s spiritual heritage, [….] to the working of the Holy Spirit within one’s own history as a church, as a confessing movement, as a communion. “Conversion is possible for an individual,” he noted, but “we must ask what form does it take for an institution?”

Reflecting on the “daunting task” facing dialogue partners today, Bishop Farrell said that over the years “we have come to see our divergencies as speed bumps” that may slow the journey down, but can also help the churches to develop “a new hermeneutic of difference.” Pointing to the 23 different Eastern Catholic churches, with their own liturgies and governing laws, yet still in full communion with Rome, he asked towards what model of “full, visible unity” is the ecumenical movement headed?

Prof. Wood, a veteran of both local and international dialogues with Lutheran, Orthodox and Baptist churches, focused on the need for “greater recognition of ministry” between the mainline churches. Echoing Bishop Farrell’s words, she noted that theology has not kept up with practical developments that have taken place as Christians increasingly worship and witness together. Recalling Pope Francis’ gift of a chalice during his visit to Rome’s Lutheran church, she said “we have to listen to these gestures” and find ways around the “legalistic recognition of each other’s ministries.”

Participants stressed the need for much better reception of the ecumenical agreements already achieved, calling for them to be integrated into the curricula of seminaries, universities and schools. Humility and a willingness to learn from others is a vital part of that process. Dr Adam highlighted the success of a “receptive ecumenism” model, currently used in Anglican-Catholic dialogue, where churches ask what is missing in their own traditions and what they could usefully receive from other Christians.

Reflecting on current challenges and uncertainties, Archbishop Longley quoted Saint Jerome, who noted that “those who hoist their sails in the winds of the Holy Spirit never quite know on which shore they will land.” Prof. Lange concurred saying that the lack of a clearly defined goal of visible unity “is not detrimental to our journey. Rather, it motivates the search for unity, continually improvising and finding ways forward together as world communions, in the confidence that unity exists as God wills and offers through the Holy Spirit.”