“Seeing with the eyes of the others” 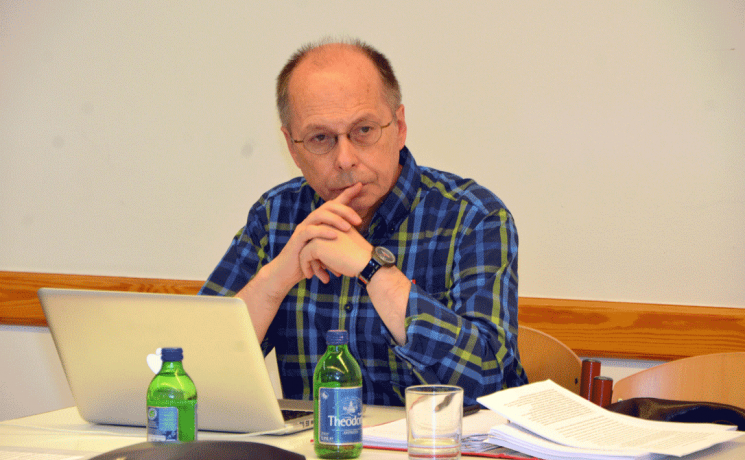 BUDAPEST, Hungary/ GENEVA, 17 July 2015 (LWI) – The international Lutheran-Roman Catholic Dialogue Commission is meeting in Budapest, Hungary, from 15 to 21 July. The commission is made up of members of the Lutheran World Foundation and the Pontifical Council for promoting Christian unity. The topic of the meeting, in which 20 theologians are participating, is common ground and differences in the understanding of baptism.

LWI: What do you think are the most important steps in the 50 years of Lutheran-Catholic dialogue?

Theodor Dieter: First I would name the first dialogue document, the Malta Report (1972), that gave a hopeful overview of ecumenical problems between Catholics and Lutherans. The individual questions raised were taken up in the following dialogues. The second important step is the Joint Declaration on the Doctrine of Justification that was officially signed by the LWF and the Roman Catholic Church in 1999. This was an official, creative “harvesting” of the dialogue results in the justification question. The third step is the joint publication From Conflict to Communion (2013).

How did the publication of From Conflict to Communion contribute to this dialogue?

This document brings out the fruitful nature of the results of previous dialogues such as the Protestant and Catholic research into the Reformation.

From Conflict to Communion has now been translated into seven languages. Why do you think it is so popular in the respective churches?

Catholic and Protestant churches and congregations face the project of jointly remembering the beginning of the Reformation 500 years ago without causing confessional divisions to break out again. The anniversary of the Reformation is an ecumenical challenge par excellence. Here ecumenism is at stake. From Conflict to Communion is successful because it tackles this question ecumenically and not from a confessional perspective: it describes the altered conditions of remembering the Reformation today; it gives the necessary information on history and theology in compact form; it places Luther’s theological insights in the context of Catholic-Lutheran dialogue, thus “harvesting” its fruits; it says what churches and congregations can do in 2017 by naming the grounds for a common celebration and also for common lament and confession of guilt; it closes with five imperatives that are intended to renew ecumenical commitment.

How does the global Catholic-Lutheran dialogue take up the challenges churches face at the congregational level?

These questions are taken up directly and indirectly. The issue of altar fellowship is urgent and is dealt with directly. Certain traditional controversies are less urgent as they are no longer regarded as problems at the congregational level. The question is: What does that mean theologically?

In what direction will the Lutheran-Catholic dialogue develop in future?

As the churches become more globalized, they will probably take up regional ecumenical challenges more specifically at the international level. Now that very many traditional ecumenical topics have been discussed in the dialogues, we will see more emphasis laid on putting across the results and on issues connected with current challenges. However, the dialogues will still be the institutionalized form of seeing our own church with the eyes of the other church. We must not lose sight of each other – that is an ongoing challenge.

What does the joint commemoration of the Reformation in 2017 mean to you?

I believe it is going to be an ecumenical festival that celebrates the great ecumenical significance of Reformation theology and its great ecumenical potential to the glory of God and for the good of the churches and their unity.