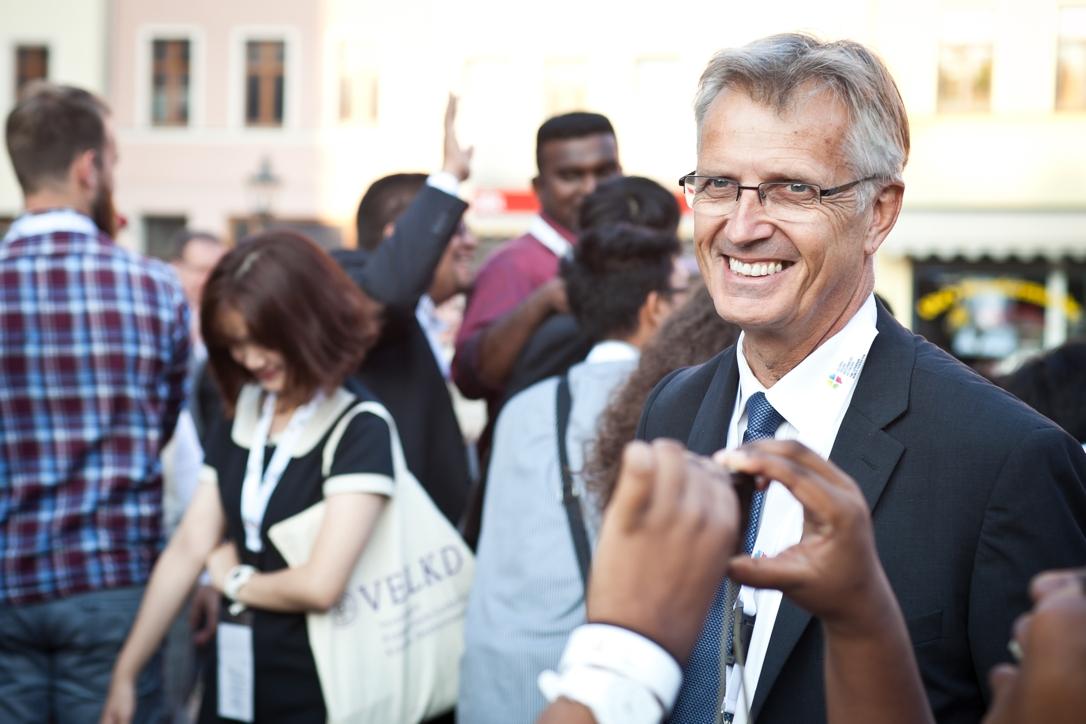 Junge, 54, assumed his first term as LWF’s chief executive officer on 1 November 2010. With this endorsement, the Chilean theologian will lead the work of the LWF Communion Office until 31 October 2024.

The Council took this decision on the basis of a recommendation from the Meeting of Officers, which unanimously proposed to the Council that General Secretary Junge be re-elected for another term.

LWF President Bishop Dr Munib A. Younan, who chairs the Council, presented to Council the recommendation to re-elect the general secretary. Junge, former president of the Evangelical Lutheran Church in Chile, first joined the LWF in 2000 and served as Area Secretary for Latin America and the Caribbean in the Department for Mission and Development until 2010.

“I would like to congratulate General Secretary Martin Junge and Council on this decision,” said LWF President Bishop Dr Munib Younan, adding “the process has been transparent and clear, with performance reviews that have highly appreciated the work and leadership of the General Secretary. Today we are confident of very good preparations for the 2017 Assembly in Namibia and events leading up to the 500th Reformation anniversary, thanks to his dedicated leadership. As president of the LWF I see the Council vote as a vote of confidence for General Secretary Junge and his future work and I wish him God‘s blessing for the second term in office.”

In his acceptance speech Junge expressed gratitude to the LWF President and Council for the leadership support, and to staff for good cooperation and commitment to LWF’s work.

“The past five years have been an enriching experience, full of important learning and spiritual growth. I am grateful for the ongoing confidence of the LWF Council to entrust me with a second term. I am ready to serve, I have passion for the work and witness of the LWF. It is a privilege to offer my gifts to the LWF and its member churches as they envision living and working together for a just, peaceful and reconciled world."

Rev. Dr Gloria Rojas Vargas, LWF Vice-President for Latin America and the Caribbean said, "We recognize and thank God for the immense contribution that Rev. Dr Martin Junge, a member of one of our churches, has offered to the global  communion of churches in his position as General Secretary of the LWF."

“Grounded in God’s love – discerning God’s future” is the theme of this year’s Council meeting. The LWF governing body meets annually to review the organization’s work. The highest decision-making body is the Assembly, which meets normally every seven years. The 2016 meeting will be the last full session of the Council before the Twelfth Assembly, which will coincide with the 500th Reformation anniversary commemorations in May 2017, in Windhoek, Namibia.

Meeting in the historic German town of Lutherstadt Wittenberg, the 49 members of the LWF Council from member churches around the world are holding their annual governance meeting. The Council oversees the work of the LWF between Assemblies. This year’s meeting theme is Grounded in God’s love - discerning God’s future. It is the last of the present Council before the LWF Assembly next year, at which a new Council will be formed.

Read more about the Council meeting

With deep roots in history, we reach out to God’s future
news