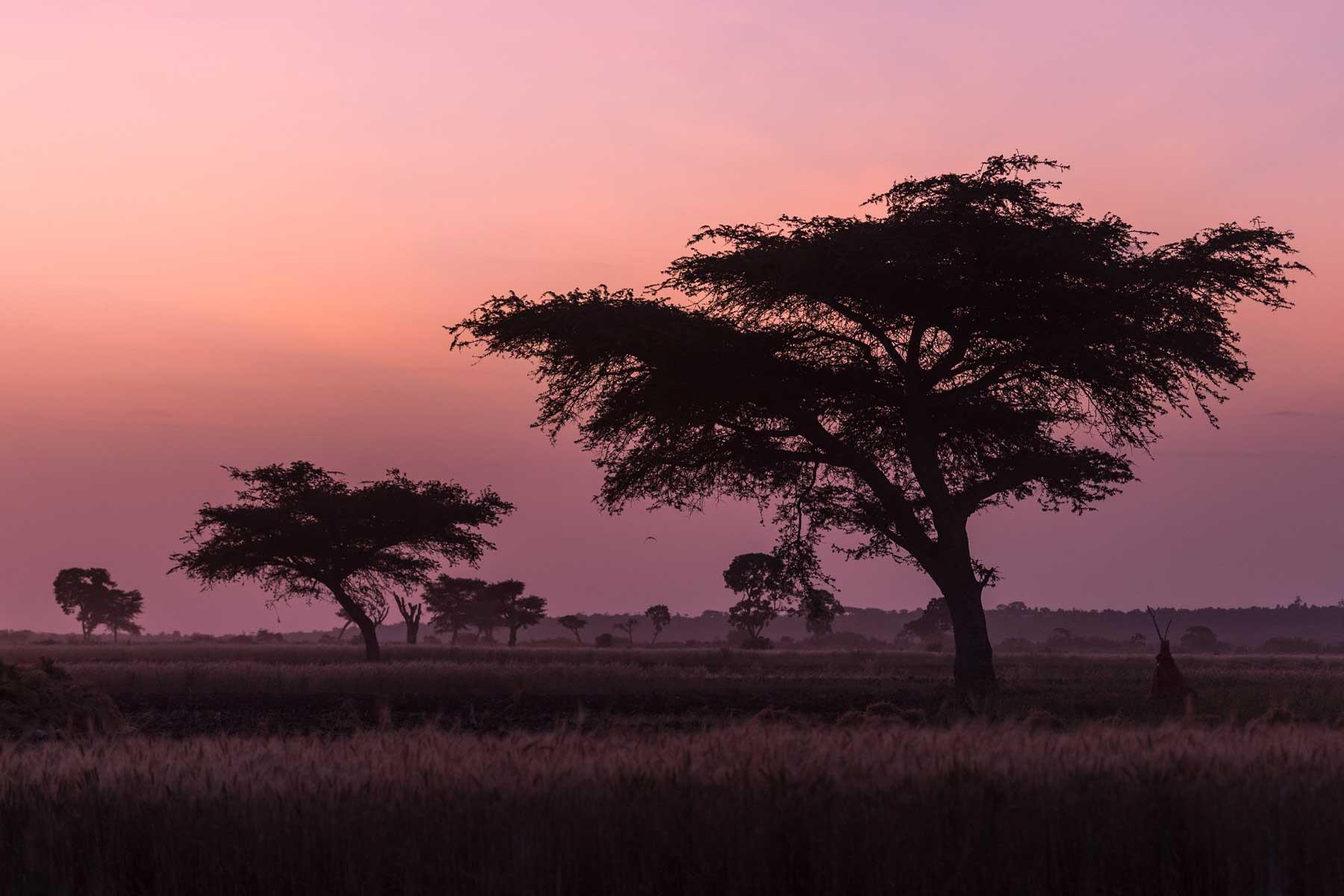 Dawn breaks near Ginnir in the Bale Zone of Ethiopia. Photo: LWF/A. Hillert

(LWI) - The 2022 Season of Creation Celebration Guide has been published, providing a wealth of resources for use by churches and schools, individuals and communities across all the different Christian denominations.

Focused on the theme ‘Listen to the Voice of Creation’, the guide contains prayers and sermon notes, an Earth Examen or guided contemplation, advocacy suggestions, sustainability projects and a host of practical ideas for marking the Season of Creation, which runs from 1 September to 4 October, the feast of St Francis of Assisi.

Featuring the biblical logo of the burning bush, this year’s celebration calls for reflection on both the destructive nature of wildfires caused by climate change and the unquenchable, life-sustaining flame of God’s presence, as Moses experienced it on Mount Horeb. Like Moses, the guide explains, we are called “to remove the sandals of our unsustainable lifestyles” and “contemplate our connection to the holy ground where we live.”

Ecumenical solidarity in the face of climate crisis

The annual Season of Creation has developed as a liturgical period of prayer and action over the past three decades since Ecumenical Patriarch Dimitrios I started the celebration of 1 September as a day of prayer for the care of creation in 1989. Today the season is marked by many Christian denominations as an important show of ecumenical solidarity in the face of the global climate crisis.

On 1 September this year, leaders of many Christian churches will gather in Assisi to mark the launch of the Season of Creation, while the steering committee will be organizing an online prayer service to mark both the opening and the closing of the celebrations on 4 October. Congregations and other organizations planning to mark the season in different ways are encouraged to register their events on the website, as well as posting pictures and resources on the various social media platforms.

Rev. Dr Chad Rimmer, Chair of the steering committee and the Lutheran World Federation (LWF) Program Executive for Identity, Communion and Formation, said: “Within the ecumenical Christian family, there is a diverse range of traditions to help us recover our capacity to listen and to hear the voice of creation. Some of the earliest Christian writings refer to the concept of creation as a book from which knowledge of God can be read or, let’s say, heard.”

During this year’s Season of Creation, Rimmer continued, “we are emphasizing that relationship between the Book of Scripture and the Book of Creation. Our common prayers and actions can help us listen to the voices of those who are silenced or ‘muted’ in the public discourse around climate change and the ethics of Earth-keeping. In prayer, we center the cry of the Earth and the cry of the poor.”