Refugees living in Kenya speak up at UN 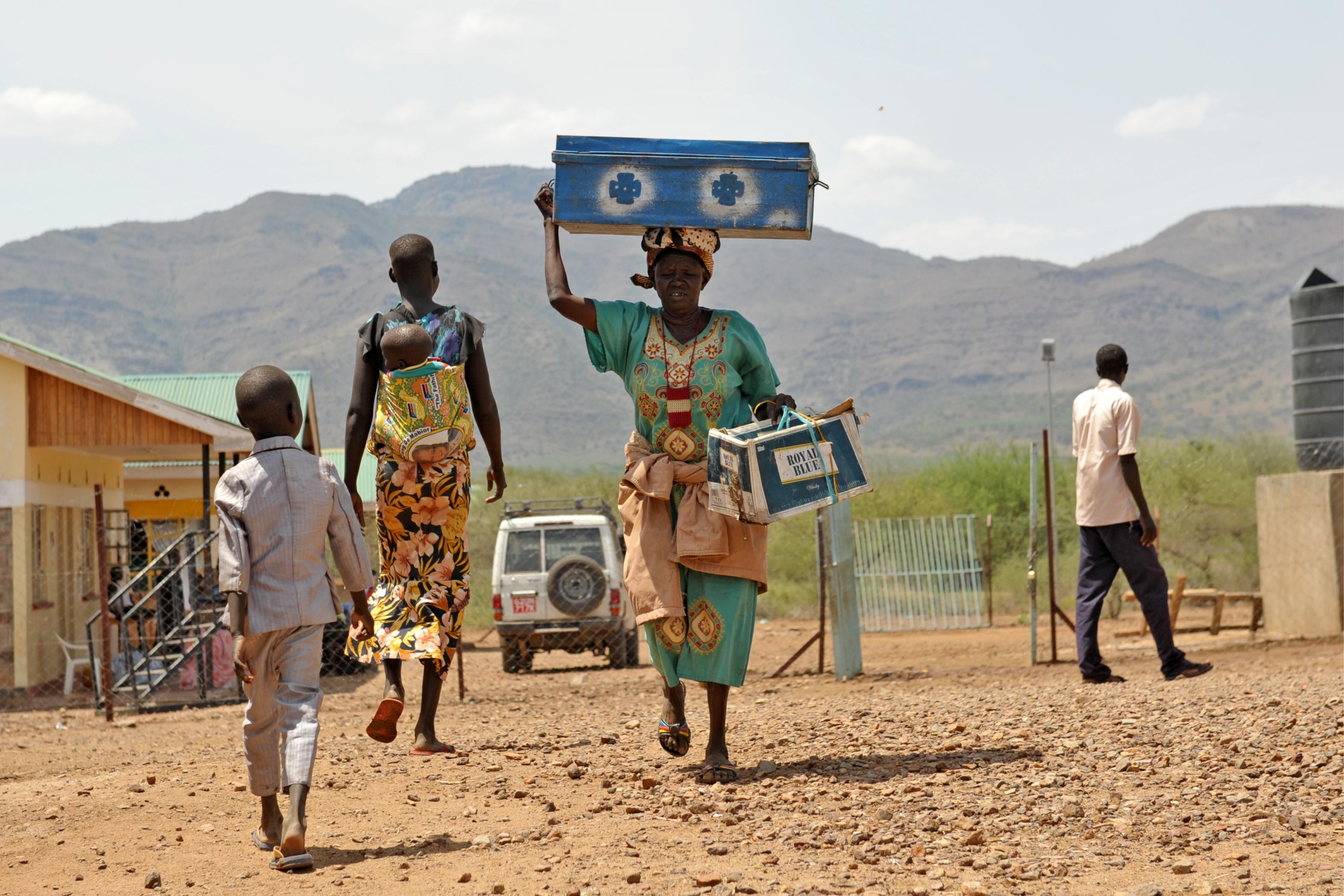 (LWI) - Let refugees speak for themselves on the policy level – with this message an LWF delegation of refugees and civil society attended the pre-session of the Universal Periodic Review (UPR) for human rights in Kenya. They called for improving the rights of refugees as far as the overall status, rights to work and integration, access to services and protection of vulnerable groups are concerned.

The UPR is a United Nations (UN) mechanism which regularly puts every country under international scrutiny on human rights obligations. Non-governmental organizations are invited to submit so-called shadow reports on findings from the ground, which can be taken up as official recommendations by UN member states.

The LWF delegation is addressing six issues in the shadow report, another is brought to the table by the Kenyan Centre for Minority Rights and Development. The six thematic areas in the shadow report address the right to asylum, access to basic services and education, right to work, right to freedom of movement, right to assimilation and naturalization in Kenya, and sexual and gender-based, and domestic violence against women, girls and boys.

Many recommendations address the proper implementation of legislation already existing. Asylum seekers face numerous challenges in the country, says Mark Okello Oyat, from the Dadaab refugee camp and member of the KADANA Refugees Network in Kenya. “People wait much longer than the statutory timelines of 90 days without their status being recognized.” The freedom of movement is restricted, making it difficult to access specialized health care or higher education.

The situation puts refugees, whether in camps or urban settings, into precarious situations, Oyat says. Certain status documents are needed to access basic services. Refugees are forced to turn to semi legal ways of obtaining what they need, which makes them vulnerable to exploitation: bank accounts, money transfers, SIM cards, but also public schools and specialized health care are only available with certain documents.

“The schools run by the LWF in Kakuma refugee camp are overcrowded, and the quality of education for refugee children is compromised,” Lilian Kantai, LWF advocacy officer in Kenya-Djibouti-Somalia program, points out an example. “Secondary education is even less resourced.”

Kenya has been hosting refugees for more than 25 years and currently has about half a million people from several neighboring countries. Many of them have been living in refugee camps in the second generation, as protracted conflicts have made return to their home countries impossible. It is for that reason that civil society has been pushing for more permanent solutions, allowing refugees to work, open businesses and possibly become Kenyan citizens.

With the current legislation, it’s very hard for refugees to contribute economically in the formal sector.

With a population of over 190,000 people according to the UN High Commissioner for Refugees, Kakuma refugee camp is one of the largest cities in Kenya. “With the current legislation, it’s very hard for refugees to contribute economically in the formal sector – and they are also not paying income taxes. It’s a lose-lose situation,” says Lillian Obiye from the Refugee Consortium of Kenya.

Many of the refugee camps have been set up in indigenous areas that have been marginalized territories, creating its own set of problems. “Indigenous communities have not been consulted,” says Nyang’ori Ohenjo, of the Centre for Minority Rights and Development. “This makes local integration difficult.”

The Universal Periodic Review scheduled for the end of January 2020 comes at a convenient moment, as Kenya is revising its refugee legislation. The new law addresses the issues listed in the shadow report for the UPR process, Obiye notes. “The draft law is good- with a few amendments. We want to also use the UPR to reinforce the importance of these changes, and to make sure it will be ratified as such.”

The refugees’ contribution to the Kenya UPR shadow report is under a project supported by LWF partners Bread for the World, ACT Church of Sweden and Finn Church Aid.

Human Rights Council: Upholding the right to freedom of religion or belief
news