Recognition of a wounded God needed to overcome violence 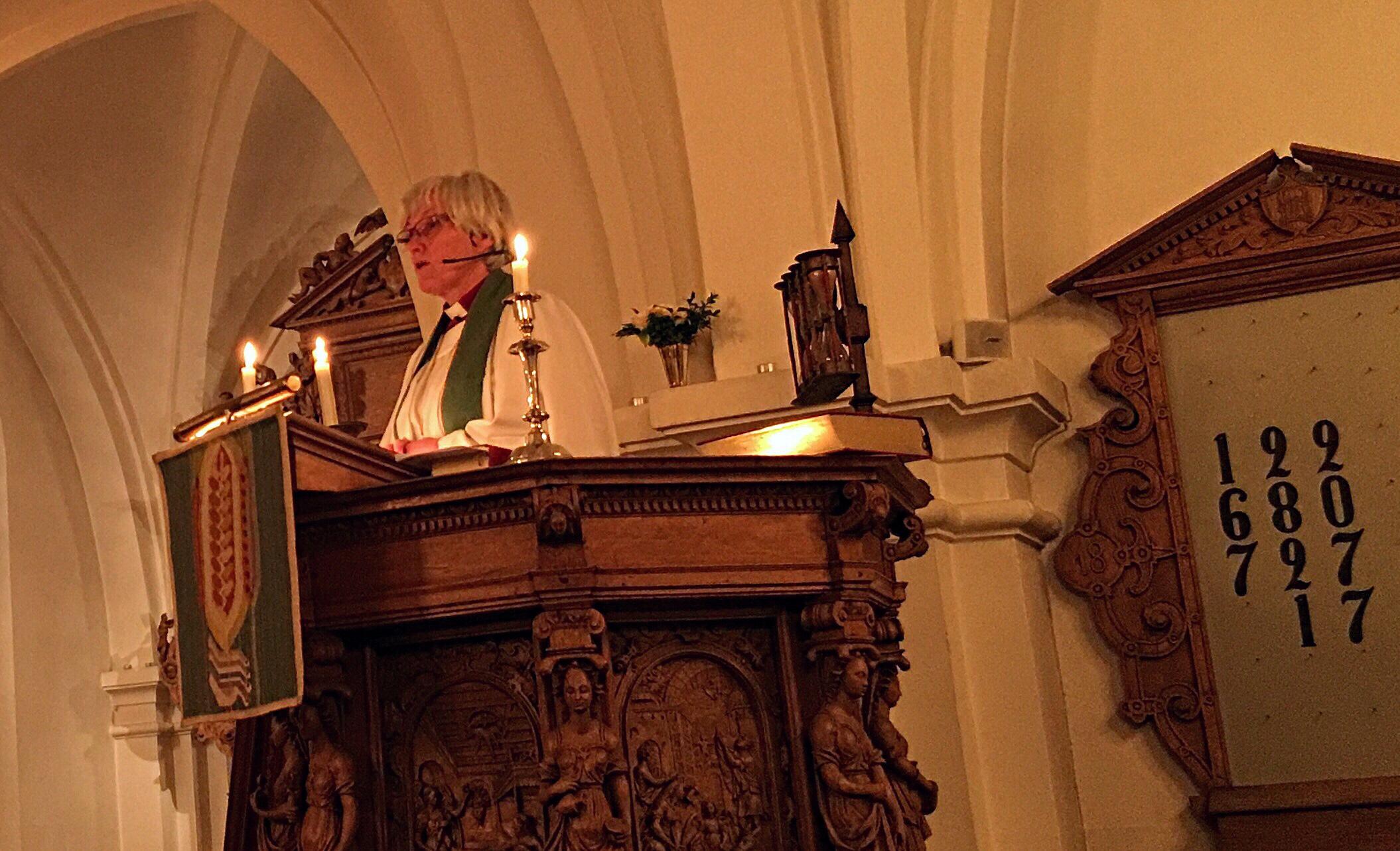 Festive worship with local congregation at beginning of European Pre-Assembly

HŐŐR, Sweden/ GENEVA, 1 February 2017 (LWI) – Following Christ means to recognize and share suffering and vulnerability, said Church of Sweden Archbishop Antje Jackelén in a sermon at the opening worship of the European Pre-Assembly of The Lutheran World Federation (LWF) in Höör, Sweden. “The mission of Jesus is the mission of a wounded God, not one of glory,” she emphasized.

Delegates and other participants in the European Pre-Assembly joined the local congretation in the festive worship, which was led by local pastors Rev. Mikael Johansson and Lars-Ivar Ericson. Two choirs from the congregation sang in the service and delegates from the Pre-Assembly read intercessory prayers. Worship is an important part of the Pre-Assembly, with morning and evening prayers which focus on the Assembly themes.

In her sermon on John 20:19-31 Archbishop Jackelén discussed the meaning of discipleship in today‘s society and church. “Four dangerous “P”s are affecting our countries these days, and hence also our churches: polarization, populism, protectionism and, with the word of the year 2016, post-truth,” Archbishop Jackelén said. “We will have to resist, and thus we will feel the pain of our own wounds as well as the pain of others’ wounds.”

“Today’s gospel allows us to believe that it needs the recognition of a wounded God to overcome violence, especially the sort of violence that so often accompanies people’s beliefs in what is sacred,” the archbishop said.

“The image of God in creation is still being distorted by violence and abuse, by extremist ideology, also in the name of religion, by the loss of dignity, the loss of biodiversity, by slow action in response to climate issues, by increasing gaps between people in terms of wealth, education and power and by the systematic promulgation of lies.”

Theology of the cross

The Pre-Assembly continues with discussions on European challenges and the role of the churches and the three sub-themes of the Assembly: salvation, creation and human beings are not for sale on Wednesday 1 February.

An assembly the communion remembers with gratitude
news