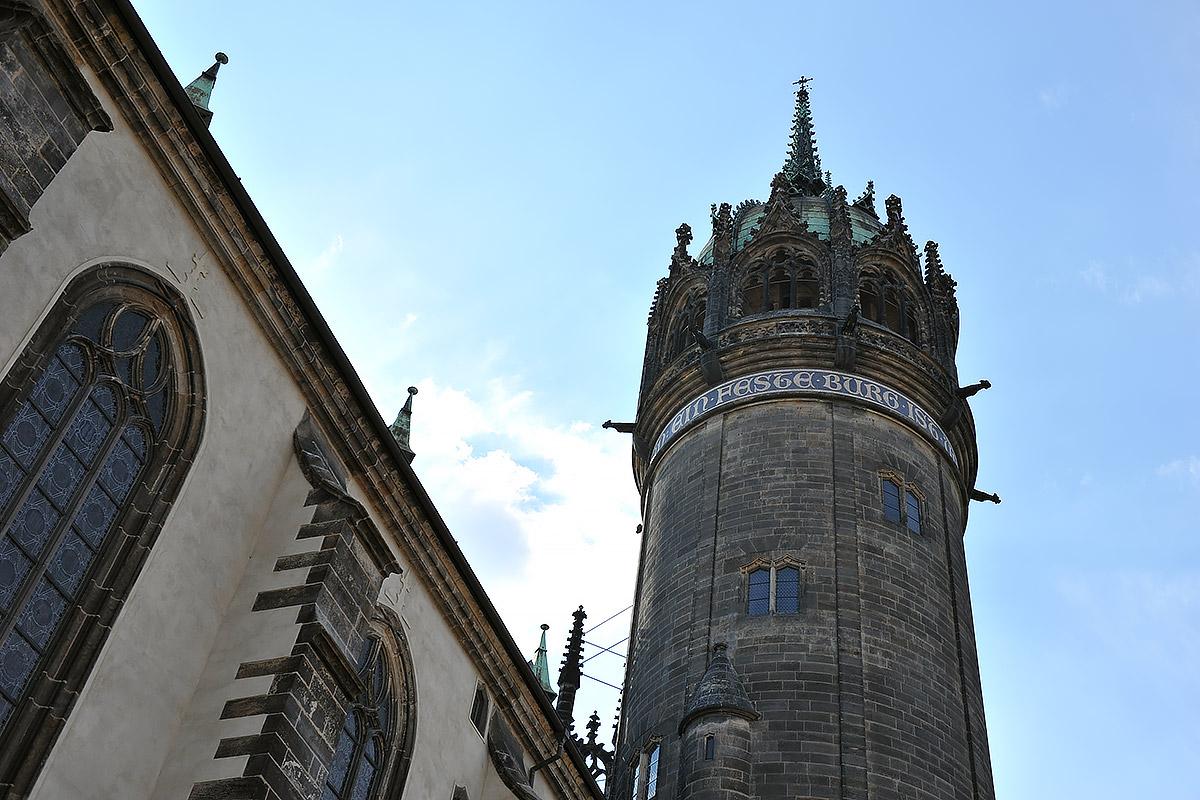 (LWI) –  “I am convinced of the continuous need for theologians to sharpen their profile. In the communion of The Lutheran World Federation (LWF) that implies digging deeply into the theology of Martin Luther,” Prof Dr Theodor Dieter says. “Doing this in a group of Lutheran pastors from all over the world means realizing Lutheran communion.”

The internationally acknowledged Director of the Institute for Ecumenical Research in Strasbourg, France, is teaming up with Prof Dr Sarah Hinlicky Wilson, Adjunct Professor at the institute, to lecture at the 16th Theological Seminar organized by the LWF Centre in Wittenberg, Germany. Twenty theologians from across the LWF communion participated in the seminar titled “Luther as Preacher and Teacher” from 4 to 18 November.

Studying and discussing Luther’s writings was one of the main objectives of the seminar. “In a first step, we take time to discover the inner structure of the text itself and we consider the context in which it was written. Only then can we interpret it in our own tradition, time and in the context of the societies and churches we live in today,” Dieter explains his approach. “Luther was a catholic monk for nearly 20 years and an academic. This considerably influenced his theology, his writing and his argumentation.  It contributed to the existential character of his theology and his use of Holy Scripture.”

Dieter invited the participants of the seminar to leave behind any “scientific role of observer” and to step into the tracks of Luther. “Through this we will be able to develop an understanding of his theology for the 21st century,” he is convinced.

“During the seminar, there is quite a dynamic development amongst the participants in thinking through Luther’s theology,” added Hinlicky. “The participants realize how much a deeper theological understanding will help them in their ministry.” Meeting Lutheran theologians from other parts of the world and spending two weeks together also plays a significant role in defining a theological position. “What participants share during the more informal parts of the seminar significantly contributes to a sense of belonging to a global family,” says Hinlicky.

Personal backgrounds play an important part in the encounters of the group. One of the most important days in the life of Rev Thomas Markert is 9 November 1989 when the Berlin wall came down, paving the way for German unification. During morning devotion on 9 November 2017, he reflected on the verse “This is the day that the Lord has made, let us rejoice and be glad in it” (Psalm 118:24).

This turn of events also opened new possibilities to study theology without persecution by government authorities. Today, Markert is pastor of the Evangelical Lutheran Church of Saxony in a congregation near Dresden in eastern Germany. Many of the so-called Luther sites are in the region, resulting in a high influx of tourists in an area where Christians have become a minority during the communist era. “This is a challenge for congregations,” Markert says. “But participating in this seminar made me realize how significant Lutheran theology is for my identity as a pastor in my church.”

Exchange programs or the opportunity to study overseas are very valuable for us and strengthen our sense of belonging within the LWF communion.

Rev Valarmathi Rajamanickam is one of the first women ordained in the The Tamil Evangelical Lutheran Church which has its roots in the Lutheran mission work of the Leipziger Missionswerk (Leipzig mission society) in the south of India 300 years ago. “This connection still plays an important role today,” Rajamanickam explains. “Exchange programs or the opportunity to study overseas are very valuable for us and strengthen our sense of belonging within the LWF communion – I am very grateful for the opportunity to participate in the Wittenberg seminar, particularly as a woman theologian.”