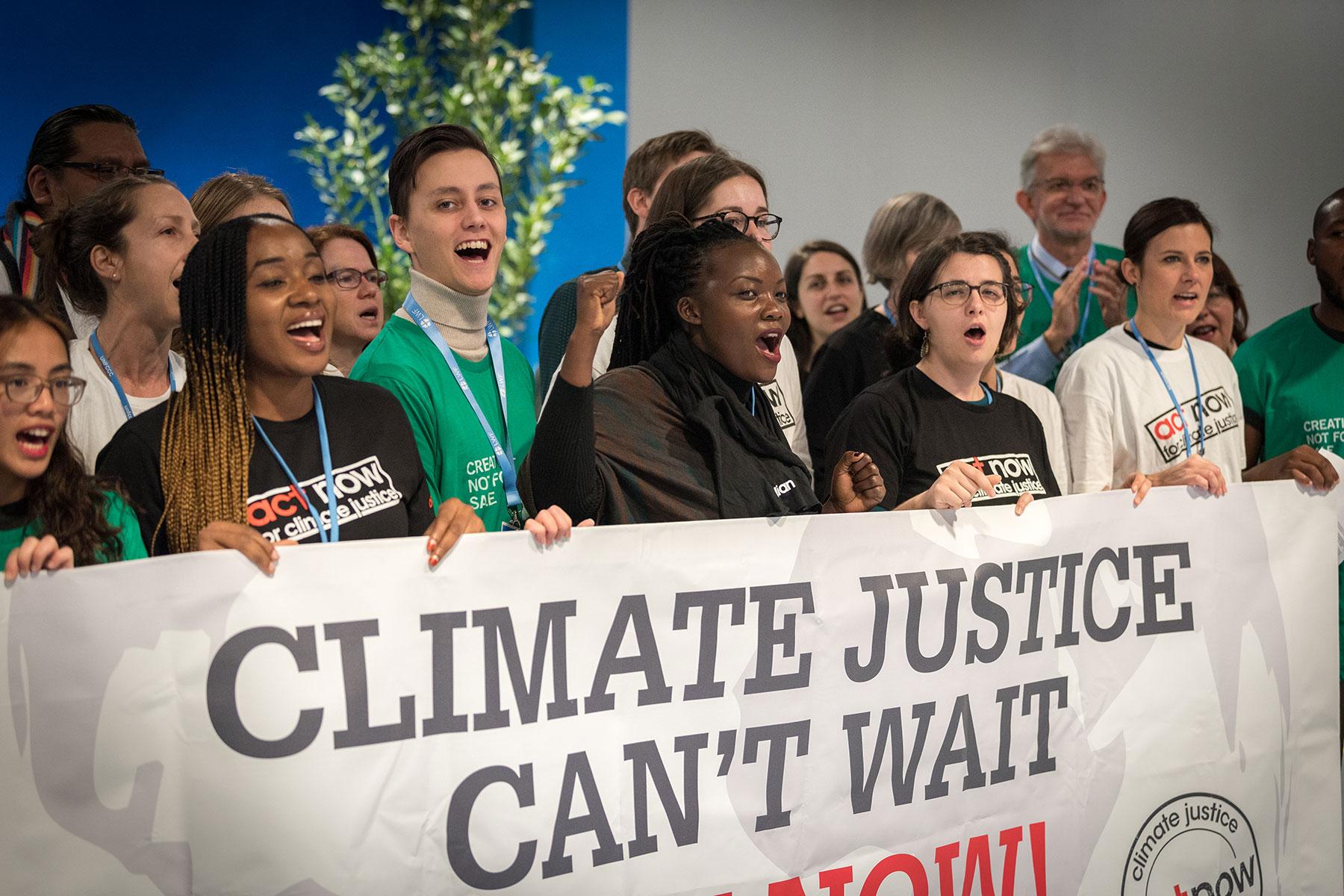 (LWI) - Young climate activists from different Christian churches took part in a webinar during this Season of Creation to highlight how every person of faith has an urgent and crucial role to play in the protection of our planet.

The online seminar, which drew hundreds of participants from different parts of the globe, was hosted by the Lutheran World Federation (LWF) on 25 September, the Global Day of Climate Action. It featured young Anglican, Catholic and Lutheran men and women from Brazil, Malawi and the United States who are leading efforts to raise awareness and make a difference in the struggle against pollution, exploitation and destruction of the world’s natural resources.

Two Brazilian activists from the Manaus Anglican Community, Luiz Filip Fialho and Daniel Dos Santos Lima, talked about their work with young indigenous people who live along the banks of the Amazon river. They denounced the “illegal and predatory mining” and deforestation which is causing vast wildfires and destroying the “diversity of people, cultures and ways of living” that characterize the South American region.

“Many crimes have been committed [...] crimes against humanity, crimes against the environment and little has been done to combat all that has degraded our Amazon,” said Dos Santos. “Everything is connected,” he warned, and “if the Amazon suffers the people who inhabit this world will also suffer.” Filip noted that the municipality of São Gabriel da Cachoeira in the state of Amazonas “has had one of the highest suicide rates in Brazil,” as many young people find themselves trapped in a vicious cycle of poverty, sexual exploitation and violence against women.

Lutheran activist, Kelly Sherman-Conroy, is a Lakota-Sioux theologian working with the American Indian and Alaska Native association of the Evangelical Lutheran Church in America (ELCA). “What I've learned from my elders,” she explained, is that “from an indigenous world view, we never own the land: we are simply caretakers of it for future generations.”  She talked about the struggle of young native people to prevent the building of a pipeline through the Standing Rock Indian Reservation, and reflected on the “sacredness of water,” from which we are born and into which we are baptized.

Aaron Salzman, a young activist with the Catholic Divestment Network (CDN), spoke about his work to “raise awareness of the injustices perpetuated by the fossil fuel industry, to achieve divestment from fossil fuels and reinvestment into more just and sustainable stocks, as well as carbon neutrality at every Catholic college and university.” He noted the long tradition of creation theology within the Christian churches, including Pope Francis’s encyclical letter Laudato Si’ explaining the interconnectedness of “care of creation and care for the poor.”

Charles Bakolo, coordinator for Renew our World with the Green Anglicans network in Malawi, talked about his work to ban single use plastics and encourage people to recycle bottles and bags for use in brick making, fashion and other innovative cottage industries. He shared examples of young people cleaning up the streets and lakeside beaches to learn more about their responsibility as people of faith to be prophetic voices for the care of creation.

The witness of our youth during this Season of Creation remind us that the effects of climate change are intergenerational, but so are the solutions.

“In a time when there is a great deal of eco-anxiety, and a plateau in ambition for demanding climate justice, the youth and young theologians who led this dialogue offered an extraordinary dose of hope,” said Rev. Dr Chad Rimmer, LWF’s Program Executive for Identity, Communion and Formation, who serves as chair of the ecumenical Season of Creation steering committee. “Their witness combined eco-theological world views rooted in ancient faith traditions, and a mix of righteous anger and courage that motivates faithful action,” he said.

“The witness of our youth during this Season of Creation remind us that the effects of climate change are intergenerational, but so are the solutions,” Rimmer added.

The online conference concluded with a prayer and an announcement of the forthcoming annual Desmond Tutu International Peace Lecture on 7 October, which will feature young climate activists Greta Thunberg from Sweden and Vanessa Nakate from Uganda.