Plant a tree, care for creation 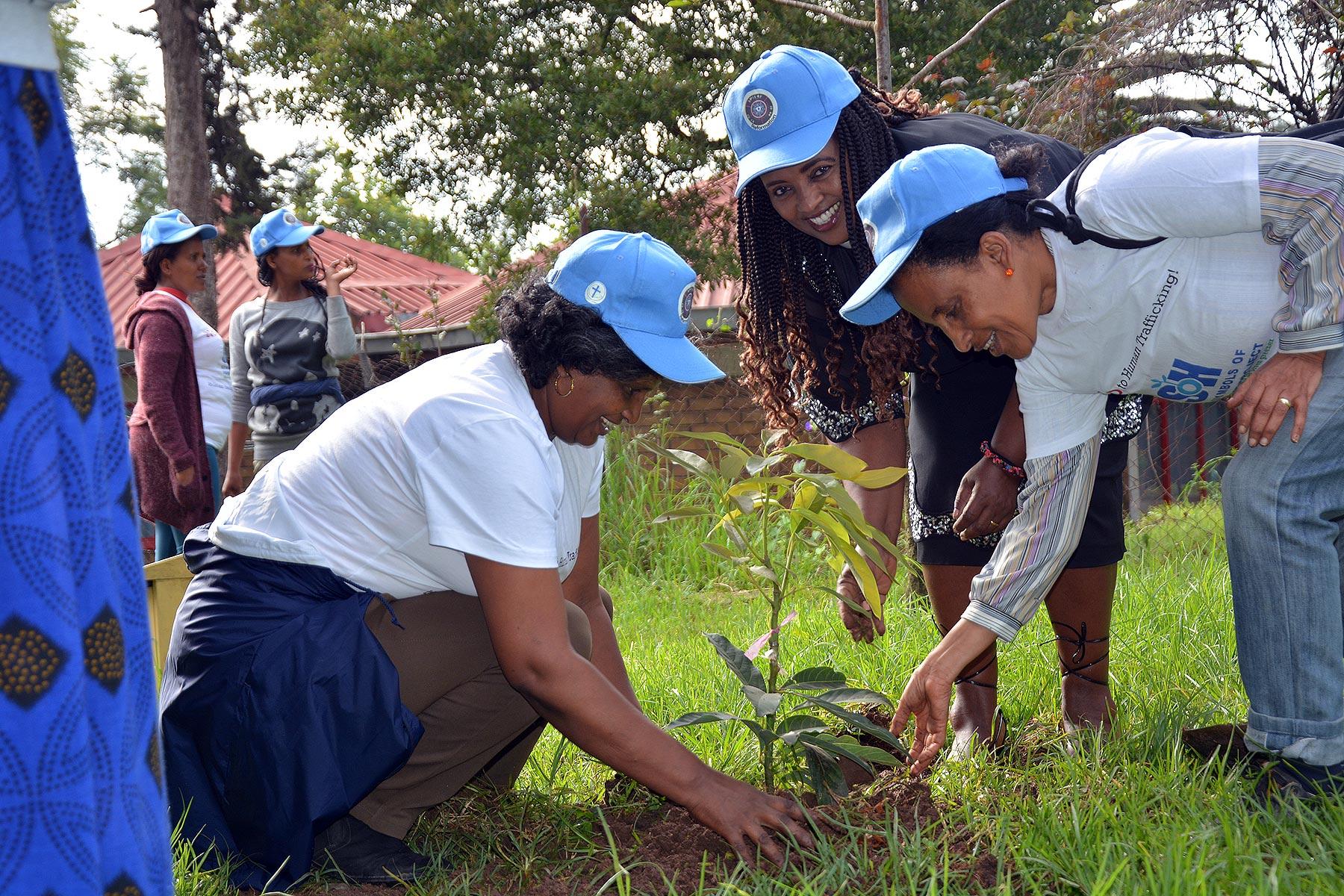 EECMY staff take part in the country-wide initiative to plant trees as part of the churchâs commitment to care for creation and mitigate against climate change. Photo: EECMY/Abeya Wakwoya

(LWI) - The Ethiopian Evangelical Church Mekane Yesus (EECMY) recently mobilized its members in a countrywide campaign to plant more than 9 million trees in one day.

The initiative to plant one tree for each church member on 29 July was a response to the Ethiopian government’s call to plant 4 billion trees during the current rainy season as one way of addressing climate change.

In addition, more than 400 EECMY staff members participated in a one-day event on 13 August, during which they planted another 2,000 indigenous trees in three church compounds near the capital Addis Ababa.

Addressing participants, EECMY President Rev. Yonas Yigezu Dibisa described the public tree planting exercise “as a historic event”. It “gives special focus to climate change as an urgent global issue, which in Ethiopia needs the attention of each and every person,” he said.

“God created all of creation. God created human beings in his own image to take care of creation and to use its resources responsibly. Therefore, planting seedlings alone is not enough, but proper care and management must be provided so that the trees can grow, bear fruit and produce good seeds,” Dibisa emphasized.

Planting seedlings alone is not enough, but proper care and management must be provided so that the trees can grow, bear fruits and produce good seeds

The EECMY president encouraged all congregations to make their church compounds green by planting trees and taking care of them. He also suggested that a new tree is planted for every new baptized member of the church.

A commitment to plant 10 million trees each year

According to Ethiopia’s agricultural officials, more than 350 million trees were planted during the 29 July public drive led by Prime Minister Abiy Ahmed Ali. This exceeded the government’s goal of 200 million trees in a single day. Members of the public will continue to plant more trees throughout the current rainy season.

The Lutheran World Federation (LWF) member church in Ethiopia has been addressing climate change and environmental degradation for more than two decades. The current nationwide campaign motivates the EECMY to continue its long-standing effort to protect the environment in a country that experiences recurring drought and increasing deforestation. The church has set a goal of planting at least 10 million trees every year, including a variety of indigenous species in addition to securing the management of natural resources.

Dr Abeya Wakwoya, program director of the EECMY Development and Social Services Commission (DASSC), said that the decades-long tree planting initiative has been successful partly because the church engages the targeted communities directly. “The EECMY has changed its approach of intervention from centrally raising seedlings to empowering the local people to set up their own tree nurseries and care for their trees,” he added. 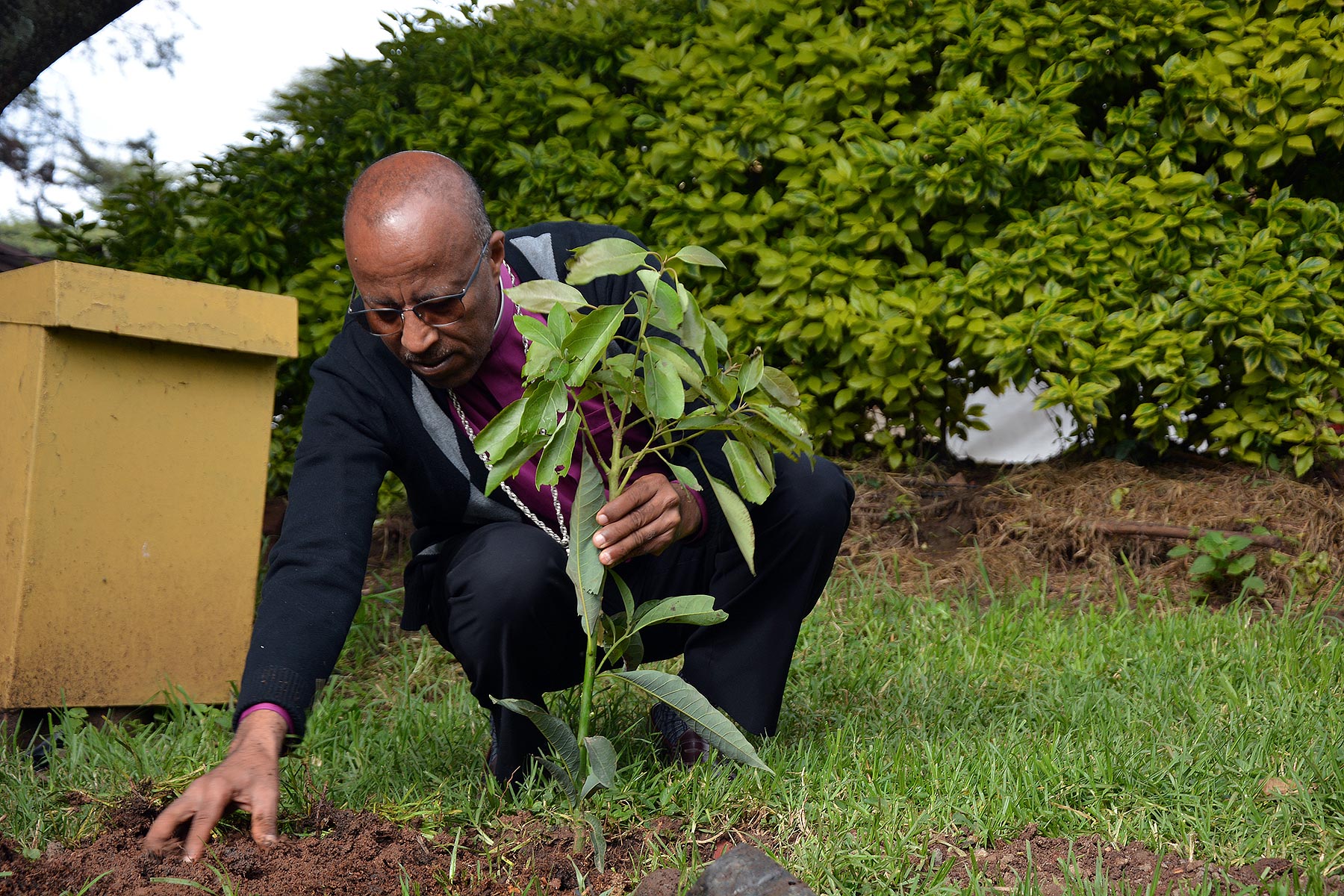 The Ethiopian Evangelical Church Mekane Yesus has more than 9 million members in its 9,000 congregations across all of the country’s nine regions. It joined the LWF in 1963.

Season of Creation: Creation care as an expression of loving the neighbor
news