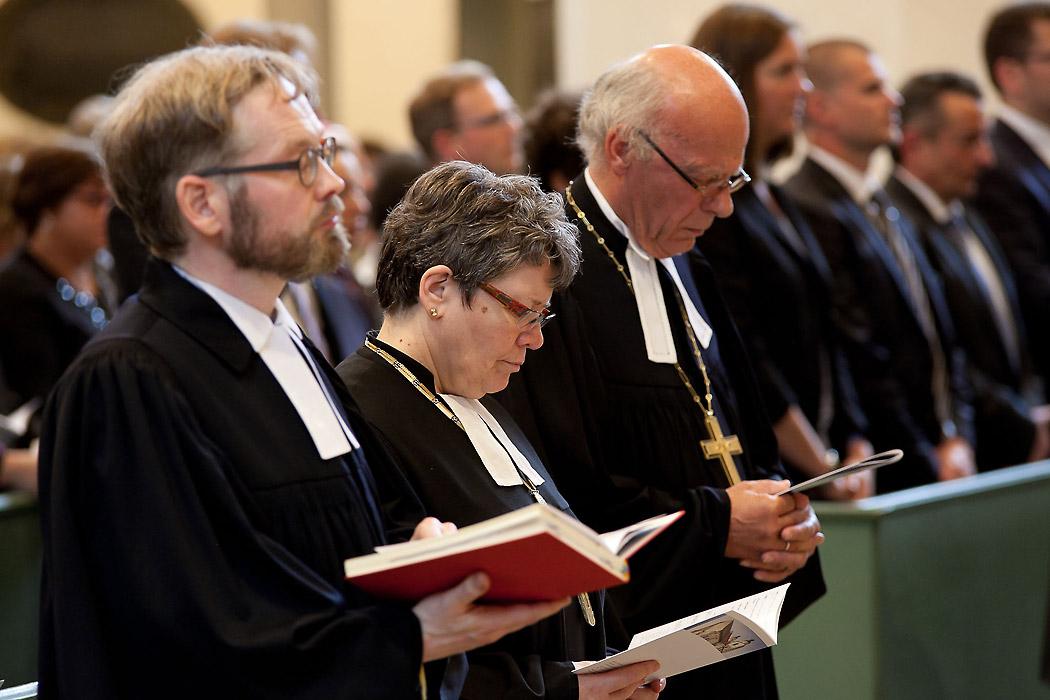 A solemn opening service in the historic town church in Wittenberg, the unveiling of the redesigned “Heavenly Cross” in the Luther Garden, a "living monument" of the Reformation was followed by a morning of intense discussions with ecumenical partners on the subject of the next LWF Assembly. June 15, 2016 in Wittenberg offered delegates from around the world a full and variety of programing. 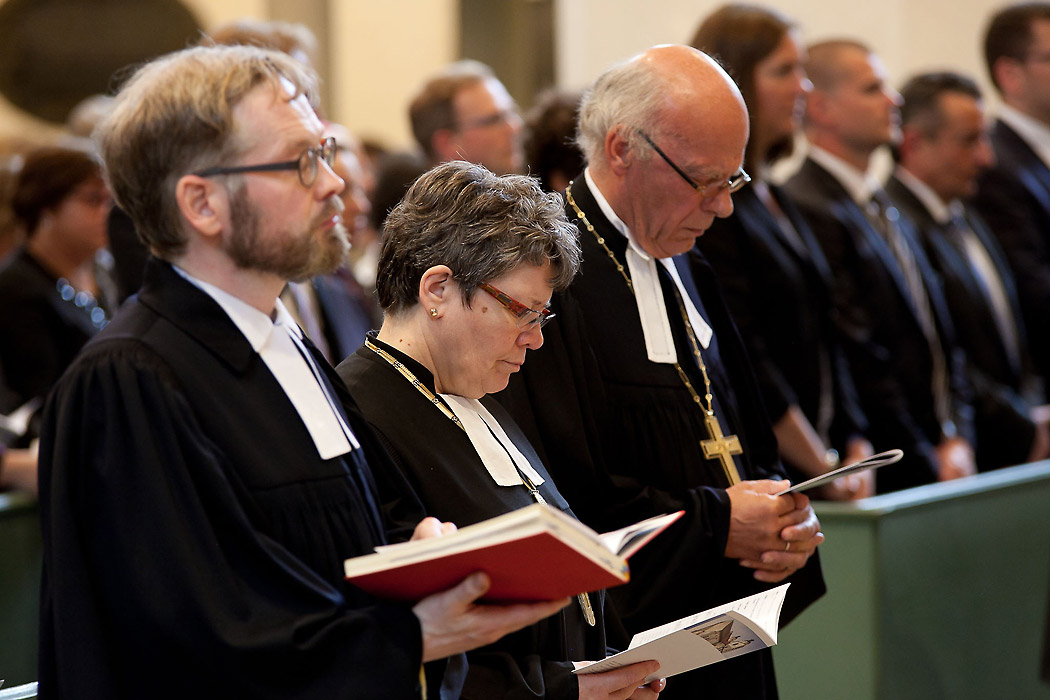 The service in the City Church in Wittenberg, the church where Martin Luther often preached, officiated by Rev. Dr Johannes Block of Wittenberg and the Regional Bishop of the Evangelical Church in Central Germany, Ilse Junkermann. Bishop Gerhard Ulrich, Chairman of the German National Committee of the LWF, conducted the service. Photo: LWF/Marko Schoeneberg 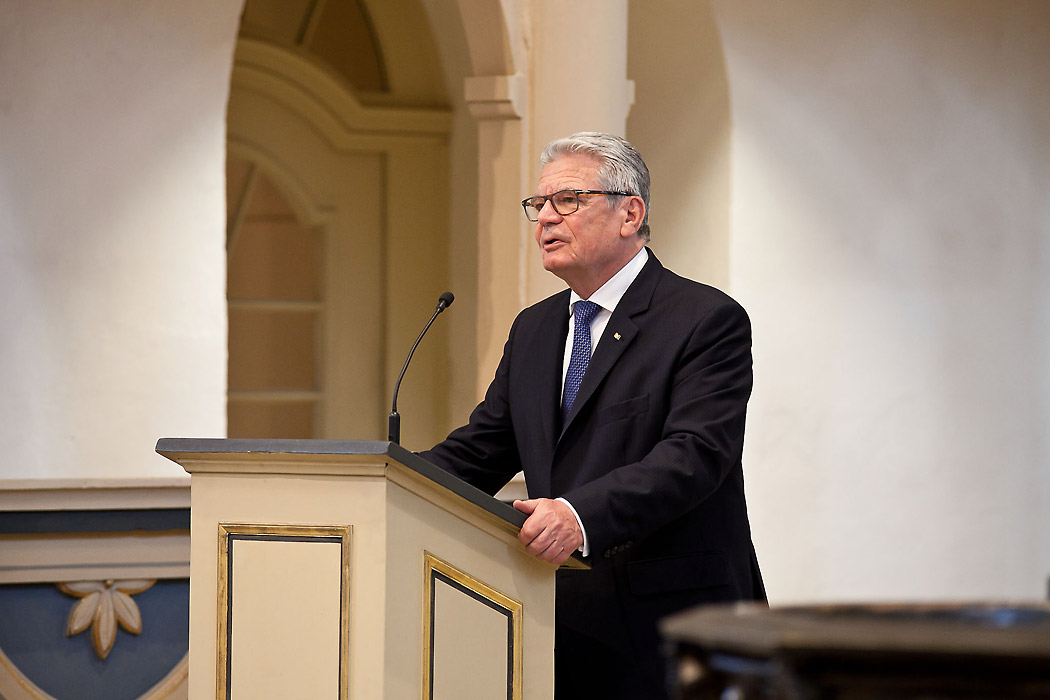 As a special guest of honor, the President of Germany, Joachim Gauck, took part in the service. A Lutheran theologian, President Gauck thanked the LWF in his opening speech for "practical and spiritual emergency" and for the on-going commitment to ecumenism and inter-religious dialogue. Photo: LWF/Marko Schoeneberg 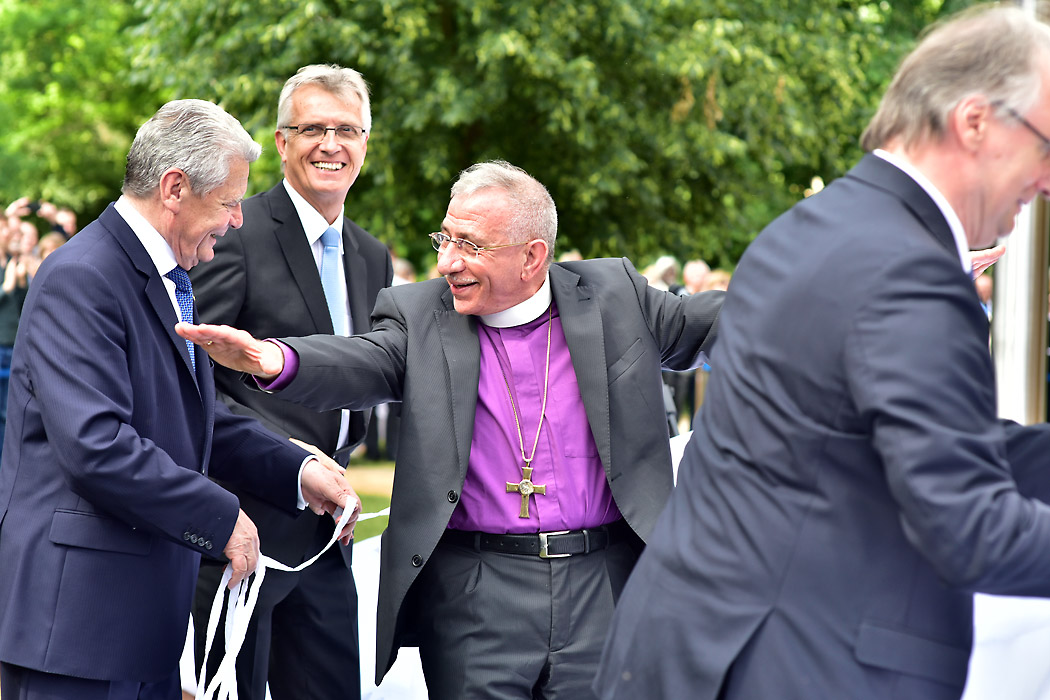 "Is everyone ready?" LWF President Munib A. Younan, center, and the Federal President of Germany, Joachim Gauck, left, with LWF General Secretary Rev. Dr Martin Junge, get ready for the unveiling of the artwork, Heavenly Cross. Photo: LWF/M. Renaux 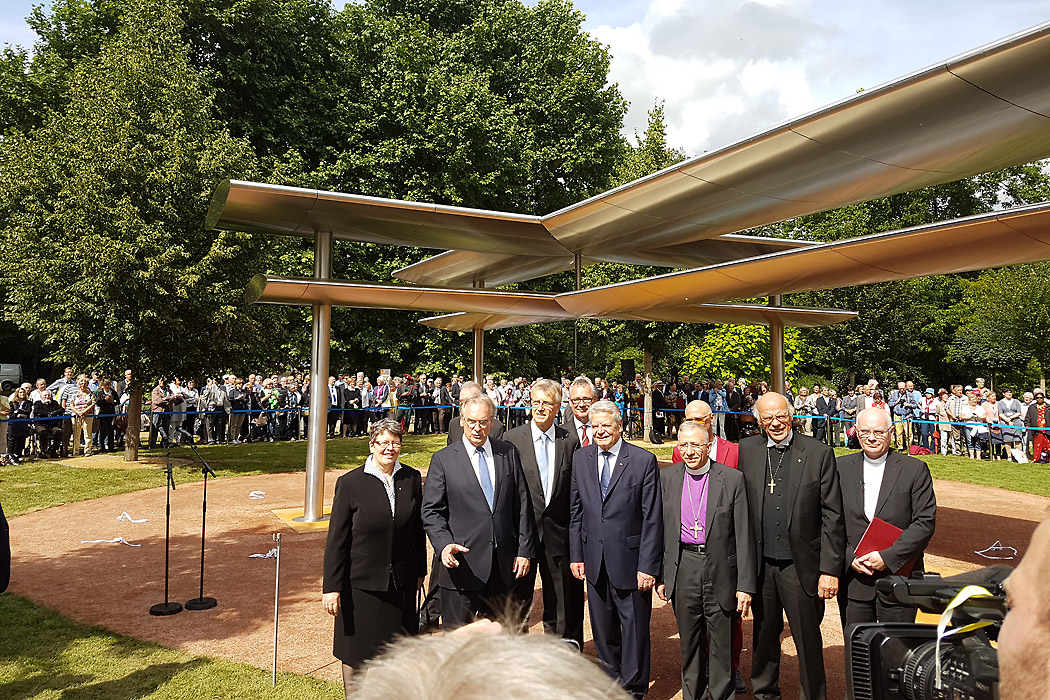 Heavenly Cross, created by Düsseldorf artist, Thomas Schönauer, consists of three super-imposed floating crosses and stands in the heart of the Luther Rose in Luther Garden. Luther Garden landscape architect, Dr Andreas Kipar, describes the garden as a living monument. It was created in 2008, in order to mark the 500th anniversary of the Reformation in 2017 "as a sign of solidarity, connectedness and reconciliation between the churches worldwide." Photo: LWF/C. Kästner 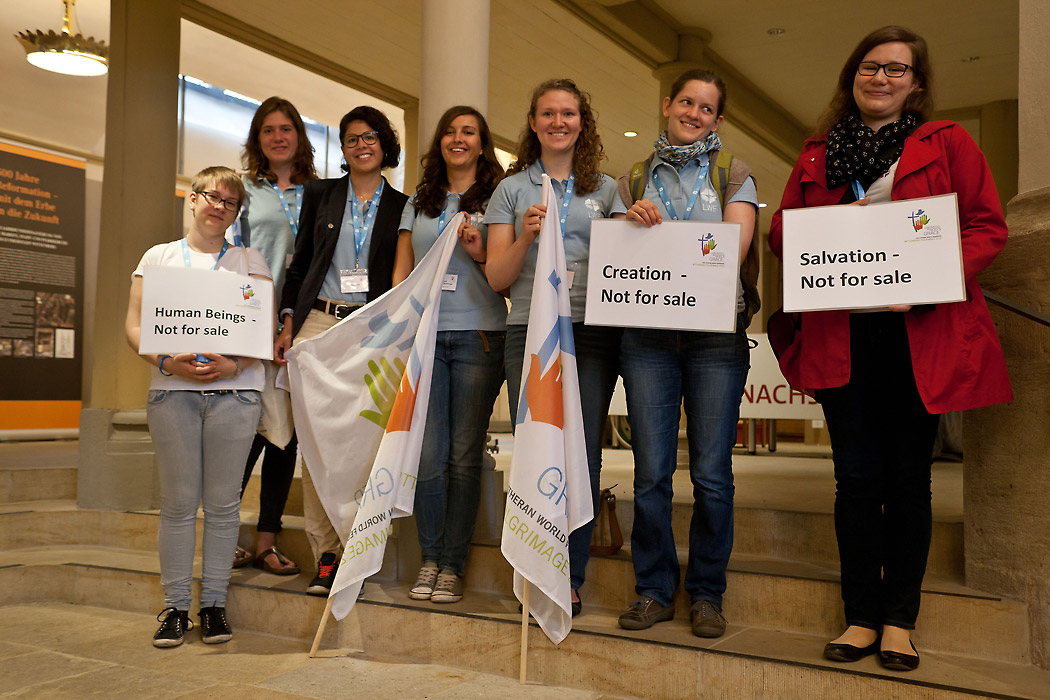 During the morning sessions, stewards provided advice and support to delegates and guests, escorting participants to different venues of the forum. Photo: LWF/Marko Schoeneberg 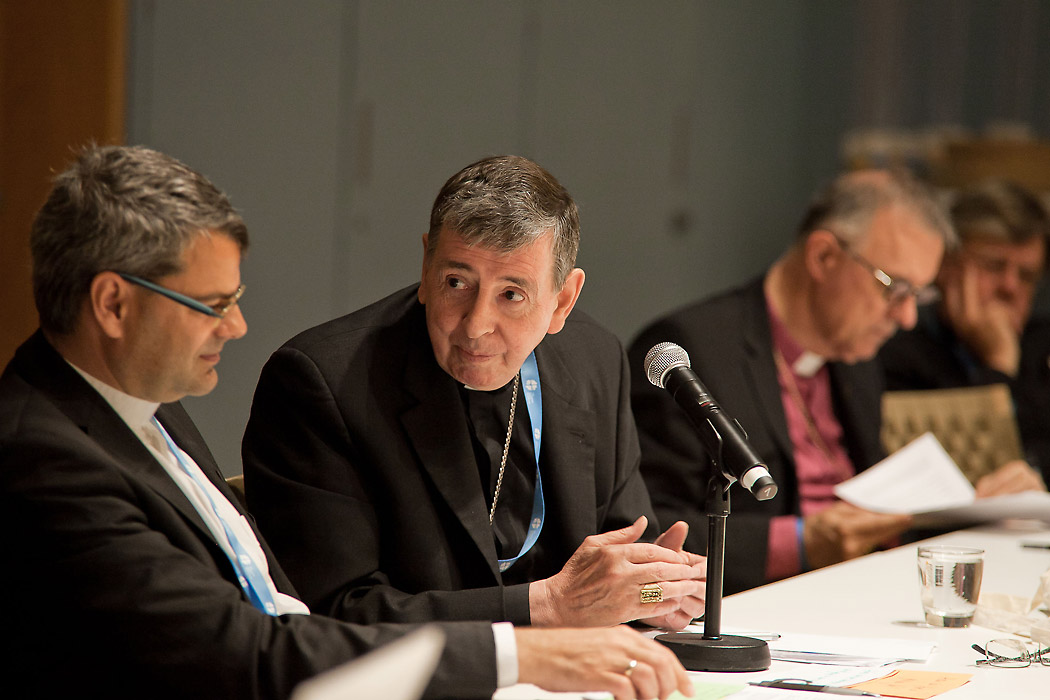 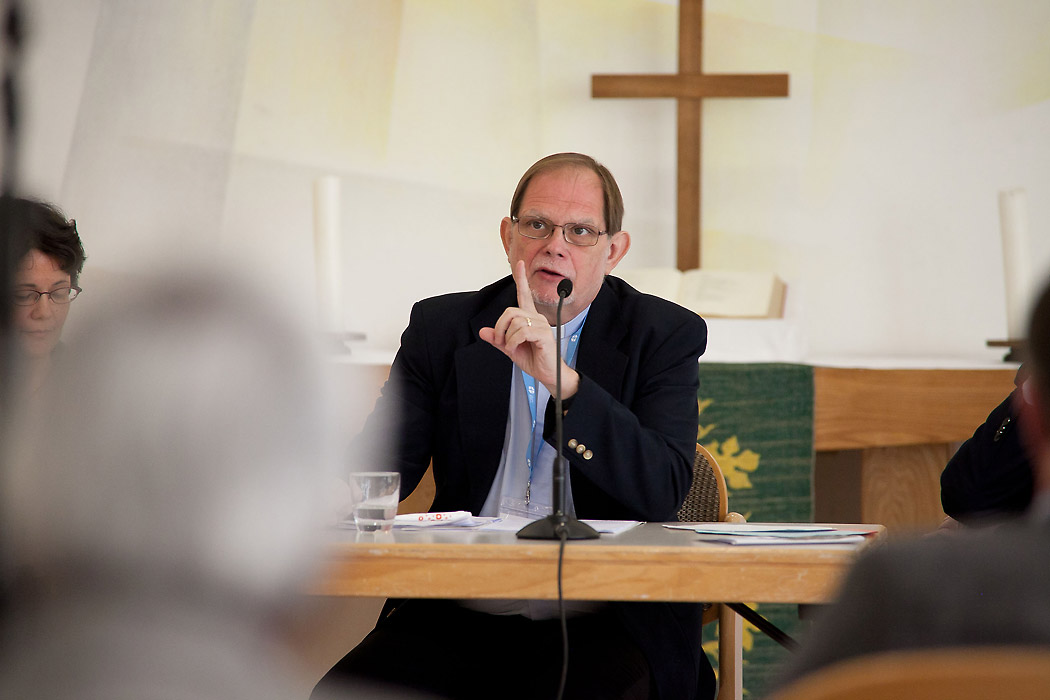 The Secretary General of the World Communion of Reformed Churches, Rev. Chris Ferguson, answered questions from the audience during the forum Human Beings – Not for sale. Photo:LWF/Marko Schoeneberg. 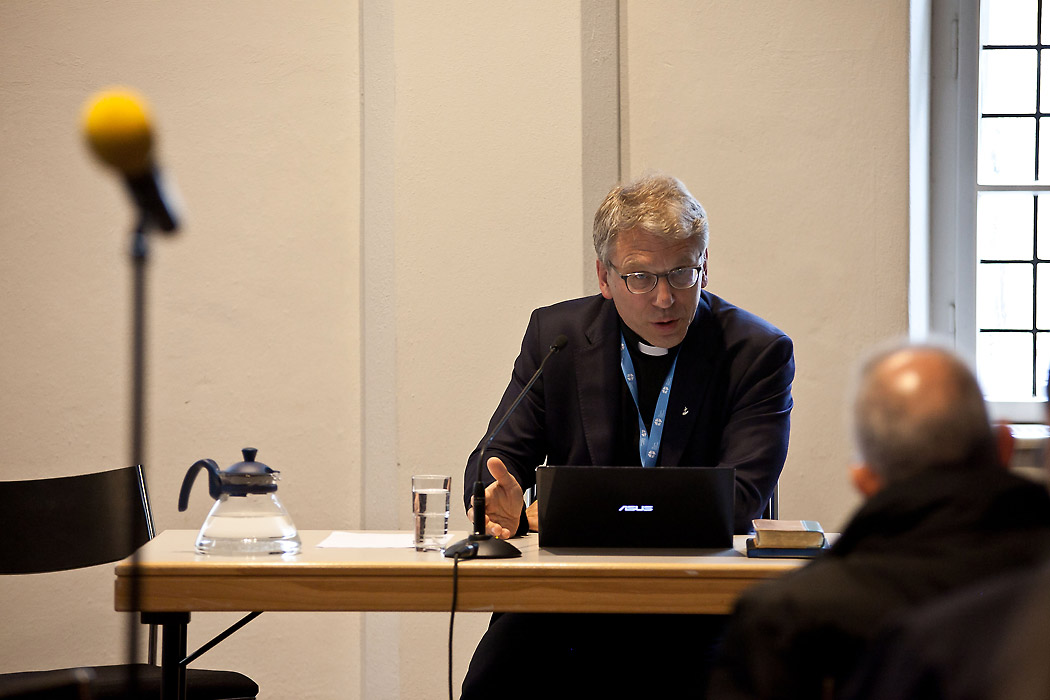 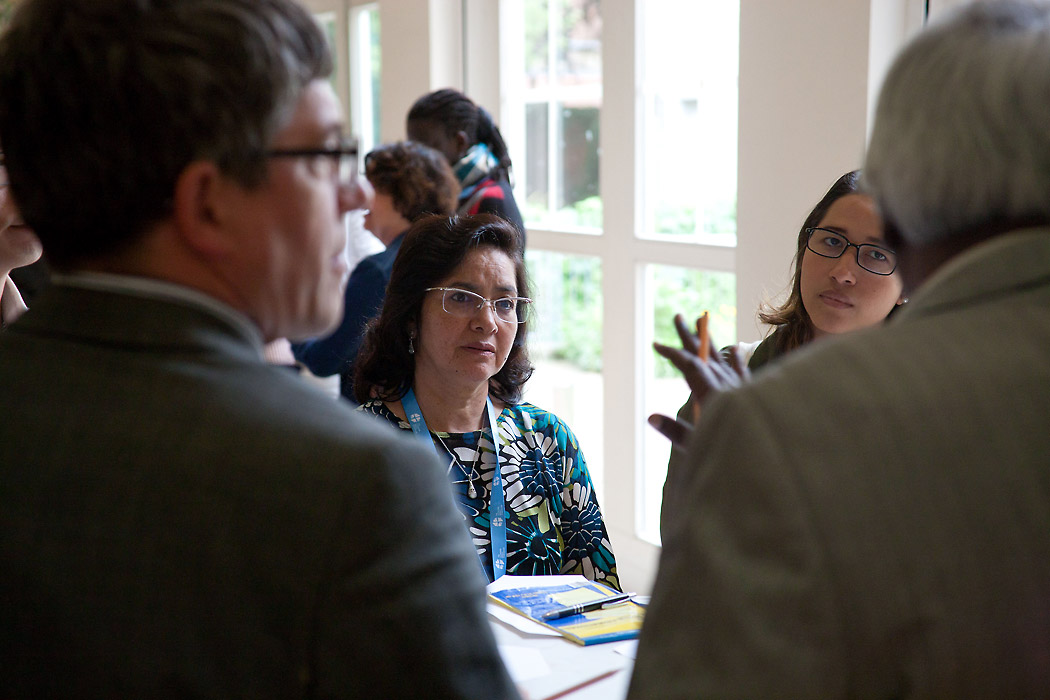 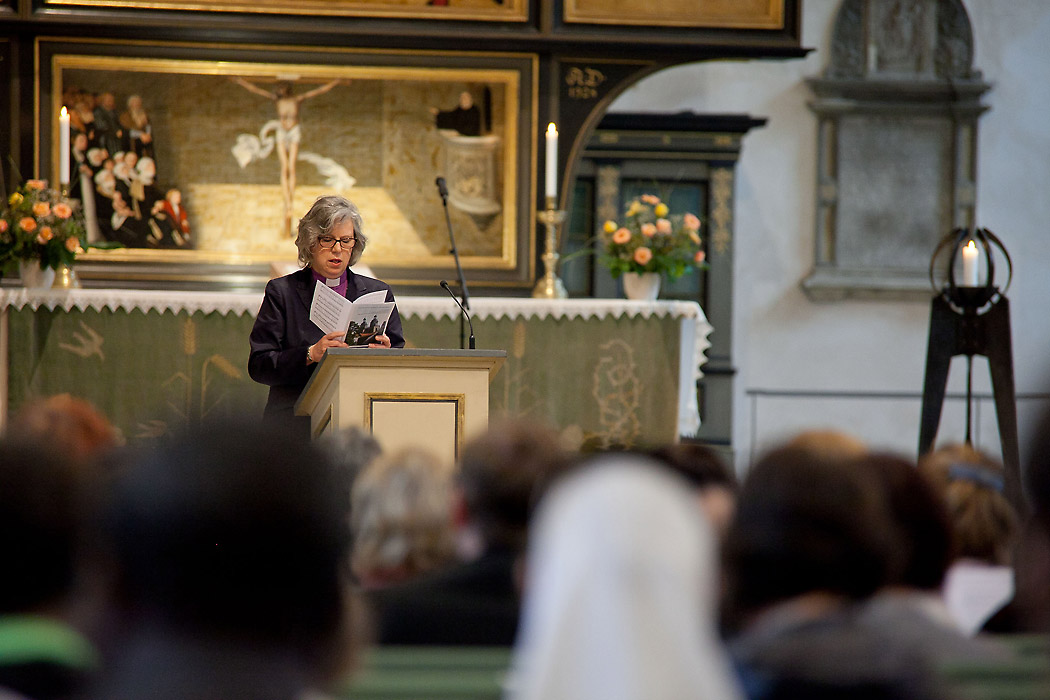