‘People on the move’ strategy for diversity 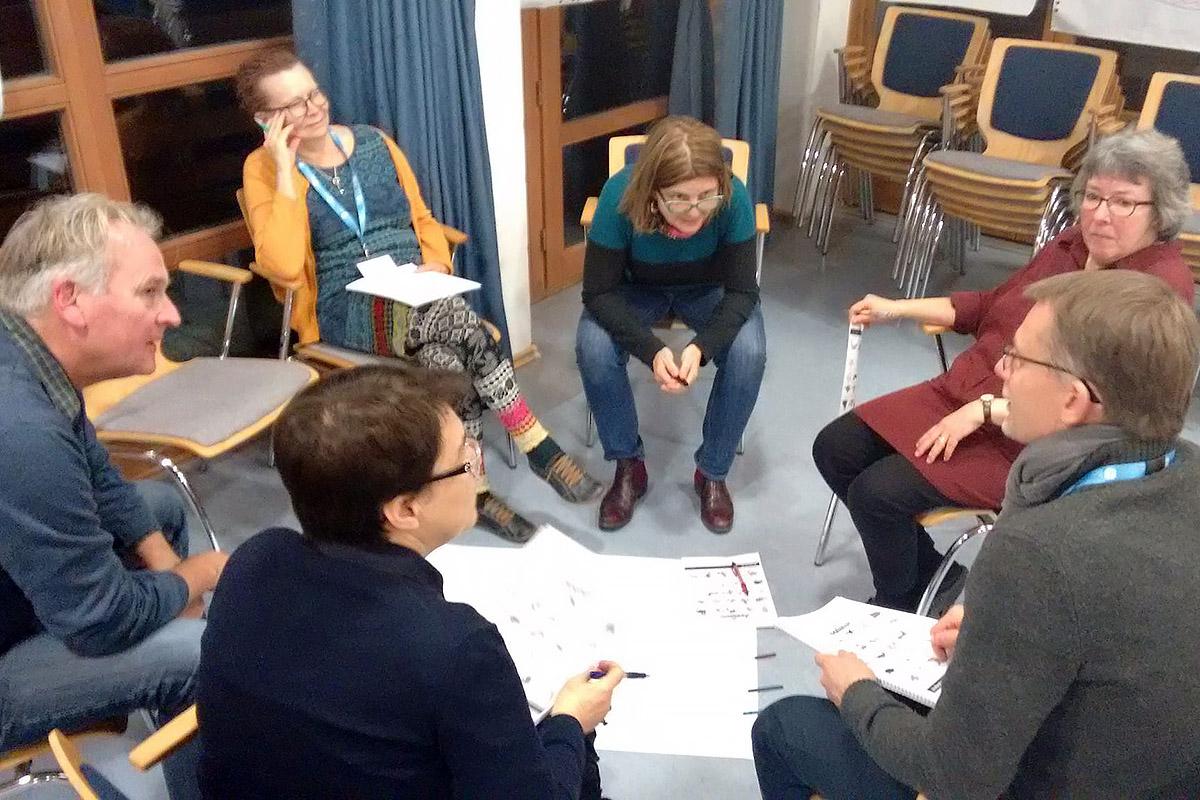 (LWI) – The Lutheran World Federation (LWF) member churches in Europe recently launched a process to address the growing “climate of fear” around diversity across the continent being triggered by social and political challenges.

The rapid growth of populist and nationalistic movements, which often use religious symbols and arguments in attacks on minorities, as well as ongoing economic insecurity, will be the focus of a three-themed approach titled “People on the Move.”

Meeting in Balatonszárszó, Hungary, 13-16 November, in a kick-off workshop on the “Seeking Conviviality: Faithful Living in Diversifying Europe”, 13 representatives from diaconal institutions of LWF member churches in the region analyzed recommendations from the LWF conviviality process, which began in 2011, and developed core themes for the new three-year phase. Participants planned the work in Europe in the context of the Twelfth Assembly outcomes.

The response to populism, nationalism, racism and xenophobia will also be a key issue for each theme as will ecumenical and inter-faith working

“The response to populism, nationalism, racism and xenophobia will also be a key issue for each theme as will ecumenical and inter-faith working,” said Rev. Tony Addy, head of education at the Czech-based International Academy for Diakonia and Social Action, Central and Eastern Europe (interdiac), which partners with the LWF in the conviviality process.

At the workshop, participants noted churches in Europe are faced with many new burning issues related to diversity in local communities and regions. This includes migration and the growing cultural differences as well as diversity of religion and the presence of significant minorities.

They noted the term “people on the move” can be applied to many different situations in the continent: looking for new places to live and work; because of violence, conflict or environmental catastrophes; and due to changes in identity or culture.

The aim for diaconal actors in the three LWF regions — Central Eastern Europe, Central Western Europe and the Nordic Countries — is to search new ways of analyzing and reflecting on what it means to be the church in these 21st  century contexts.

“In this changing context, the group will build on the European diaconal process, deepen reflection and propose creative new actions, as churches seek to support conviviality or the art and practice of living together,” Addy added.

The process is designed to encourage the churches across Europe to affirm diversity, be open and be of service to communities across various contexts at a moment of significant social and political change.

Under “People on the Move – Bridges or Walls?” they will look at how churches in Europe can collaborate to respond to refugees, internally displaced and  those who are forced to move to find new places to live or work.

“People on the Move – Responding to Growing Diversity” will seek a response to the growing cultural diversity taking place in a wider environment of cultural changes, including in gender and sexual identity.

Under the umbrella of “People on the Move – Creating Convivial Theology,” churches in Europe will be encouraged to respond to both traditional minorities and the emergence of new minorities, taking into consideration that in some contexts the church is a minority. This thrust will include supporting theological developments that relate to diversity and conviviality.

The program will focus on cross-cutting issues which participants in the Balatonszárszó workshop felt affect every theme. Spirituality was one if the topics identified, as participants  agreed it is motivating factor for involvement not only in professional diaconal and pastoral work but also in everyday life.,

The next step in the three-year program is for the respective LWF member churches to nominate members to a wider group, which will be involved in workshops in each region to enhance the themes, and develop educational resources that can be adapted to various contexts across Europe.

Rev. Dr Ireneusz Lukas, LWF area secretary for Europe commended churches in the region for their strong ownership of the conviviality process. ”This new phase is taking off thanks to conviviality study days organized across Europe from Finland to the Ukraine, presentation of the process at the Twelfth Assembly, and its evaluation upon which the churches decided to continue, focusing on diversity and migration.”

Living together in times of fragmentation
news
tt
test news