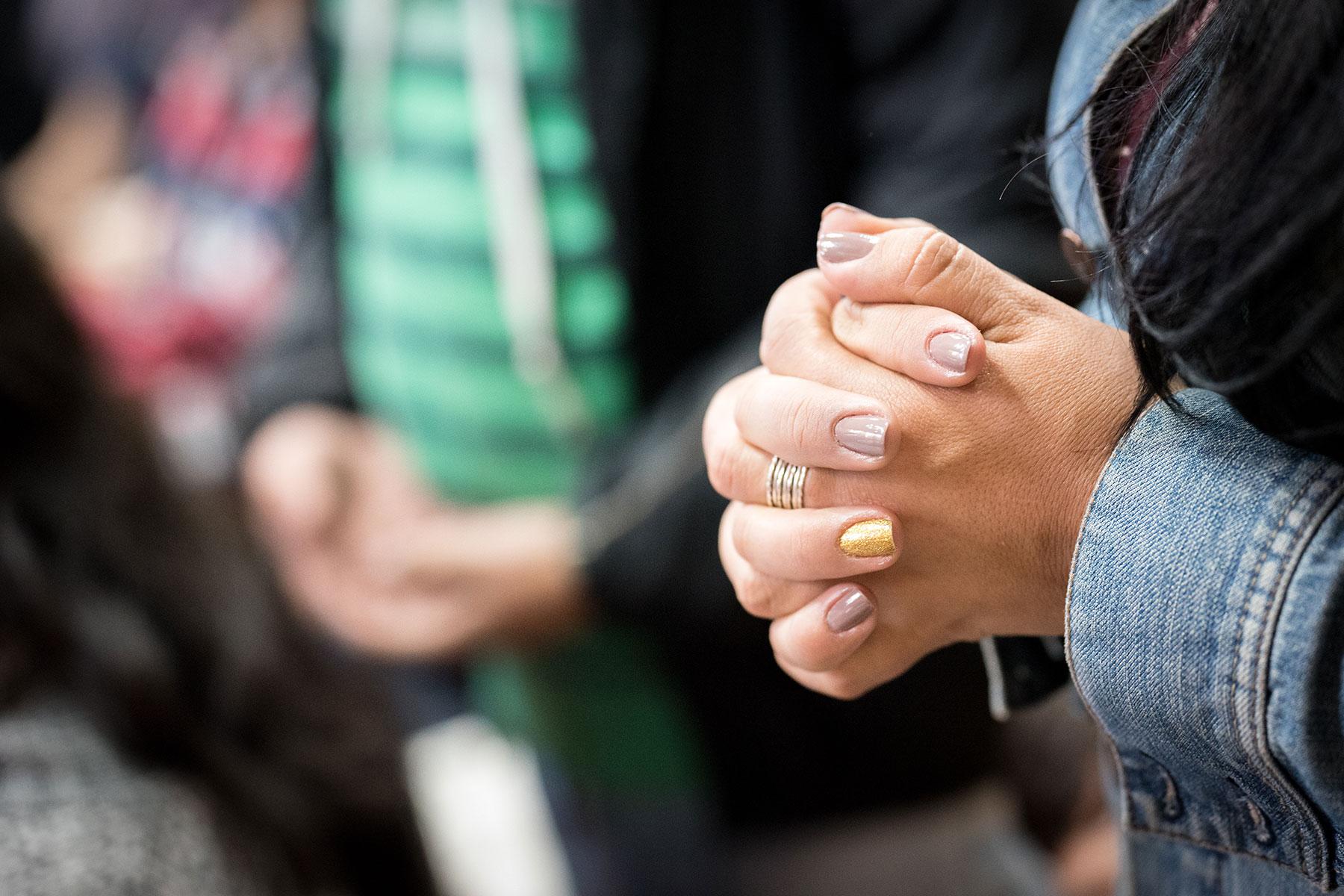 (LWI) - On Ash Wednesday, 2 March, Christians from around the globe joined in a powerful prayer service of lament and solidarity with all those suffering from the effects of Russia’s invasion of Ukraine. The online ecumenical service included participation by Ukrainian pastors and parishioners living in towns and cities that have been under attack since Russian warplanes, tanks and troops began a coordinated assault along Ukraine’s eastern border last week.

The service of prayers and chants, Lenten reflections and personal testimonies was jointly organized by various Christian world communions including the Lutheran World Federation (LWF), the World Communion of Reformed Churches (WCRC), the World Methodist Council (WMC), the Mennonite World Conference (MCM), the Conference of European Churches (CEC) and the Anglican Communion.

A pall of ashes covers Ukraine. The claim of God calls humanity into responsibility: Where is your brother, Cain? We want to shout this claim into the hearts and minds of those responsible for all this violence.

In her introductory words, LWF's General Secretary, Rev. Anne Burghardt decried “the cynical politics” of those who have “thrown the world back into times to which we had hoped never to return.” Speaking of the “horrors of war and displacement,” she said “A pall of ashes covers Ukraine. The claim of God calls humanity into responsibility: Where is your brother, Cain? We want to shout this claim into the hearts and minds of those responsible for all this violence.”

Over three thousand people from 80 countries took part in the liturgy, sharing prayers for peace from all the different continents. Reflecting on the passage from the prophet Micah about the need to beat “swords in ploughshares and […] spears into pruning hooks,” Rev. Dr Hanns Lessing, WCRC’s Acting General Secretary, said these words have inspired peacemakers for almost 3.000 years. Peacemaking is hard work, he said, but all churches are called to this task today. Speaking on behalf of all the world communions gathered for the event, he added: “We are committed to supporting the churches in Ukraine, now and in the difficult days ahead.”

Testimonies from different parts of Ukraine included Rev. Alexander Shevchenko of the United Methodist Church in Luhansk, the city on the Russian border which has been in conflict since 2014. He prayed for peace between Russians and Ukrainians and for wise decisions by government leaders in the region and beyond. Bishop Pavlo Shvarts of the German Lutheran Evangelical Church in Ukraine spoke from near the besieged city of Kharkiv, calling for a just peace and for aggressors and victims to be named as part of that process.

Pastor Alexey from the Mennonite church in the south-eastern port city of Berdyansk showed empty streets and closed shops, saying that fuel has been rationed and there are concerns about the availability of food and medicine if the conflict continues. Kriszta Bado from the Reformed church in the western Transcarpathian region, spoke movingly of the thousands of people fleeing across the border in to Hungary where pastors and congregations are mobilizing to take care of these refugees.

We stay with our people.

Taras Diatlik of the World Evangelical Alliance in western Ukraine and Marek Glodek of the Polish Baptist Union gave thanks for the organization of churches that are supporting people at this time of need, including help for students and seminarians fleeing abroad or to safer locations. Fr Mykola Danilevich from the Ukrainian Orthodox Church, Moscow Patriarchate, in the capital Kyiv, said that up to 80 people are sheltering underground in his parish each night to escape from the bombings. “We stay with our people,” he said, thanking all his Orthodox, Protestant and Catholic colleagues who were calling to offer continual prayers and support.

The service concluded with a plea for Christians to bring hope through prayers and action at this time of crisis. Rev. Dr J.C. Park, President of the World Methodist Council, condemned what he called “a new cold war” and “the despicable propaganda of nuclear weapons.” César Garcia, General Secretary of the Mennonite World Conference, said people of faith are called to “embody hope for others,” just as the first Christian communities did, standing up against conflict and oppression in their day.